Congrats to a couple of our “Bellyitch Bumpwatch” alums who took home awards: Cardi B for the Best Rap Album for her project “Invasion of Privacy” and muva Beyonce who won Best Urban Contemporary Album for her album collaboration project with her husband, Jay Z, “Everything Is Love” — The Carters.

Rashida Jones won an award for Best Music Film for their documentary Quincy about her dad music icon Quincy Jones.

On stage, our other blog alum Alicia Keys kept the attendees entertained while fulfilling her hosting duties and doing an amazing job singing some hits old and new while playing not one, but two pianos!

Besides her on-stage performance outfit, a black leotard and shimmery black tuxedo pants and a chic black fedora, the “Empire State of Mind” performer had four outfit changes if you count the fitted red tea-length Giorgio Armani button-up gown with a plunging neckline.

Jennifer Lopez also performed a tribute to Motown and showed up on the red carpet and during the intro, joined Keyes alongside Jada Pinkett Smith, Lady Gaga and former First Lady Michelle Obama, in a white Ralph & Russo pantsuit.

Cardi did a showstopping Burlesque’ish routine to her hit song “Money” but before that worked the red carpet in an elegant and avant garde vintage dress from the Mugler 1995 fall couture collection.

It looks like big and bold looks was the thing this year because Kylie Jenner showed up and out in a very structured blush pink Balmain Couture pants suit to cheer on her beau Travis Scott who was nominated for a few awards last night.

Not everyone went way out. New mom Jones did a nice conservative look in a long Ralph Lauren dress with Cartier jewels and Brian Atwood heels and I loved the elaborate yet simplicity of Pinkett Smith’s 20s feel feathered gown.

My fave dress was Bebe Rexha, whose not a mom, but rocked it in a gorgeous red layered Monsoori dress. 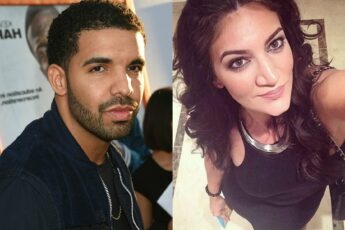