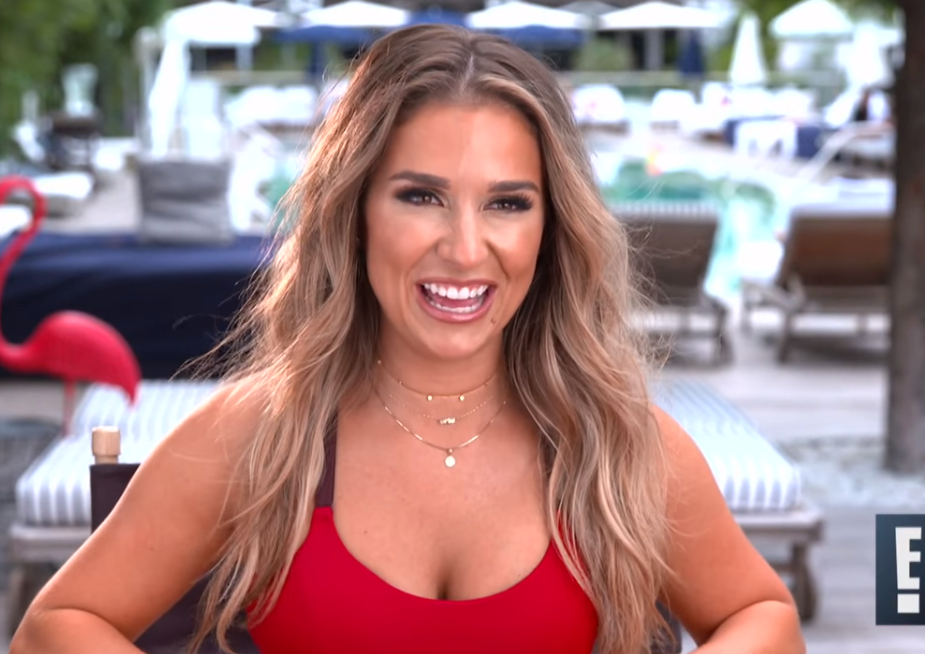 The “Boots” singer reveals how much weight she gained while pregnant with Forrest and tells how she stays fit while on tour. Watch E! News for the complete interview tonight and in the meantime, here is a sneak peek! 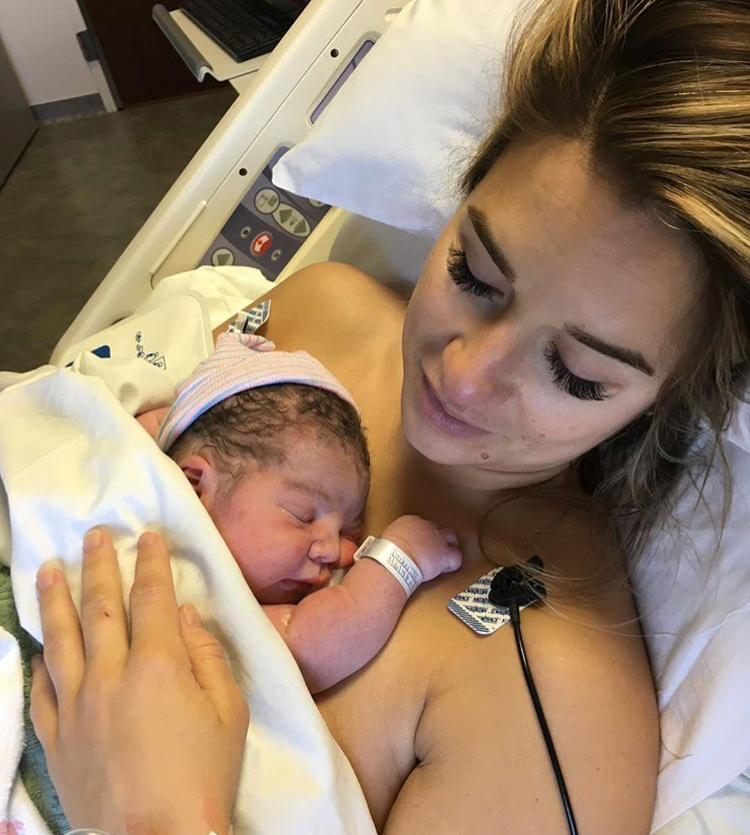 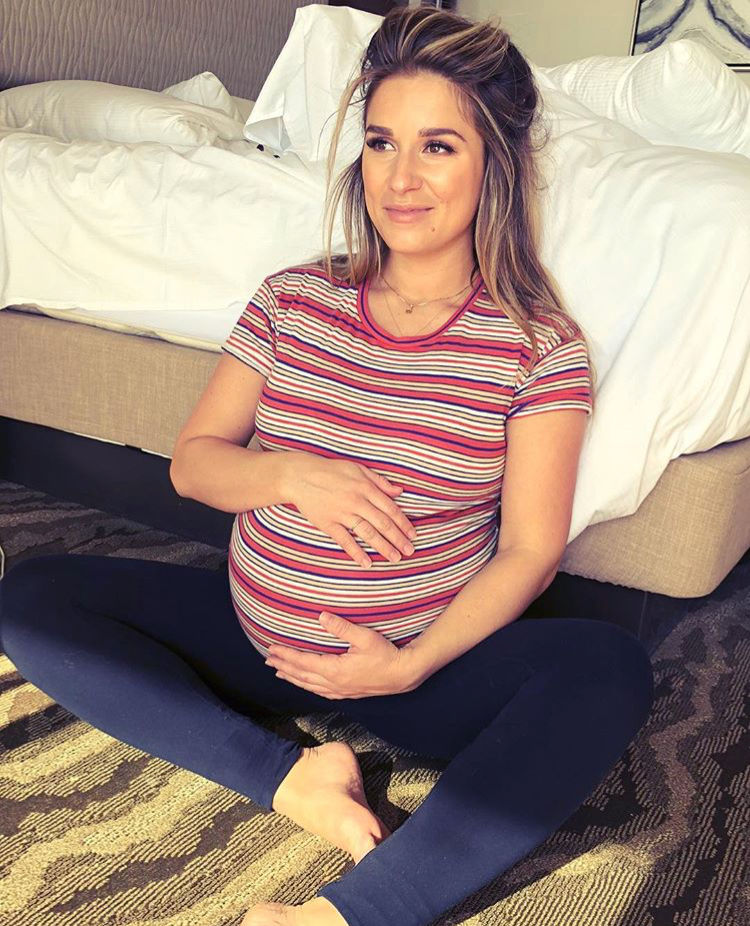 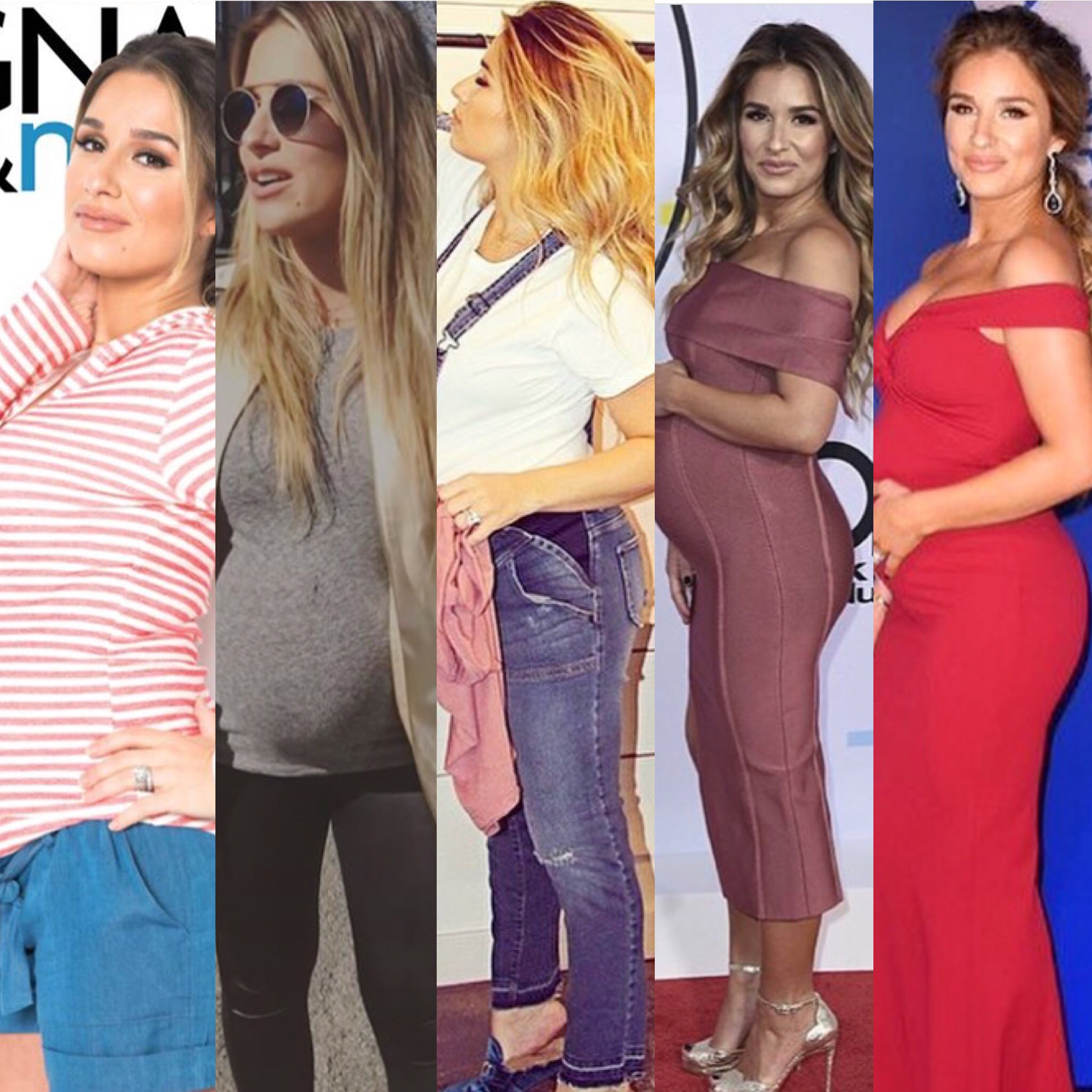 “We are so in love,” the new mom, 29, captioned her birth announcement featuring her holding her newborn son, who weighed in at 9 lbs. 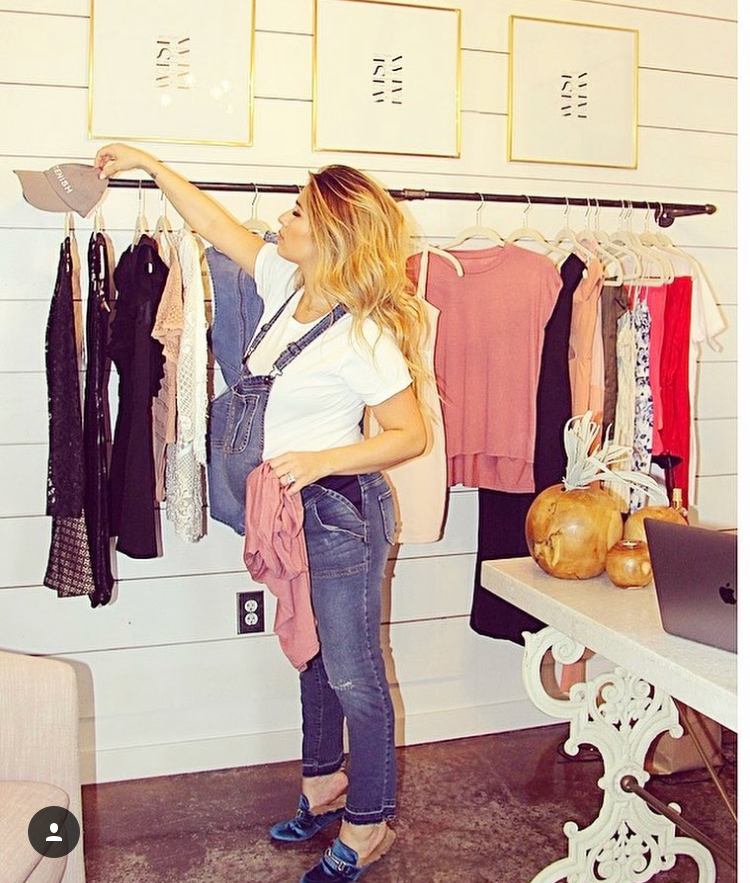 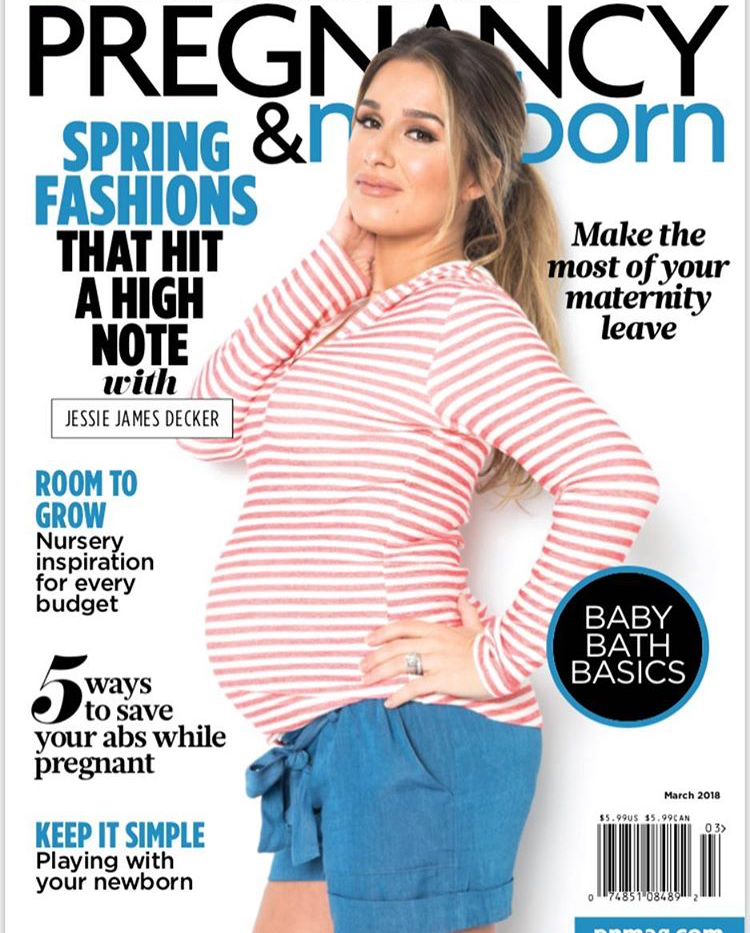 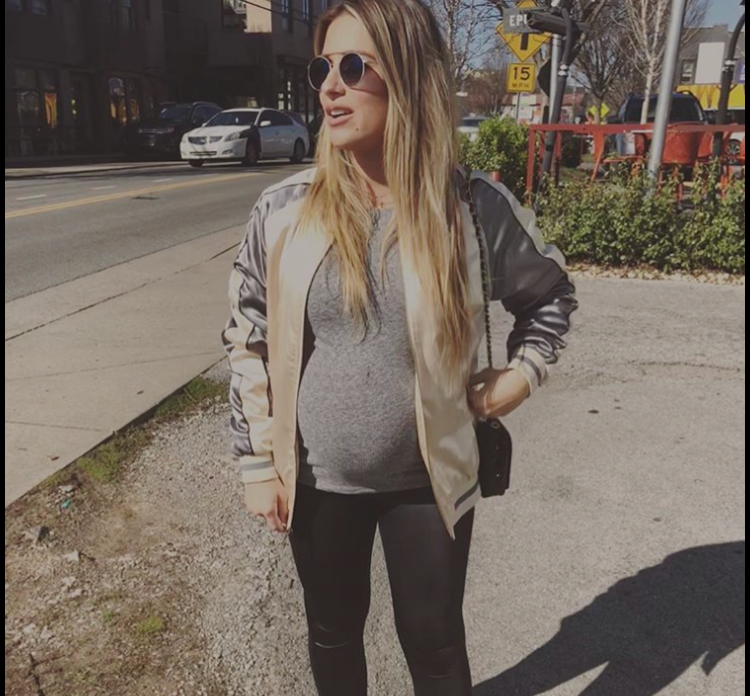 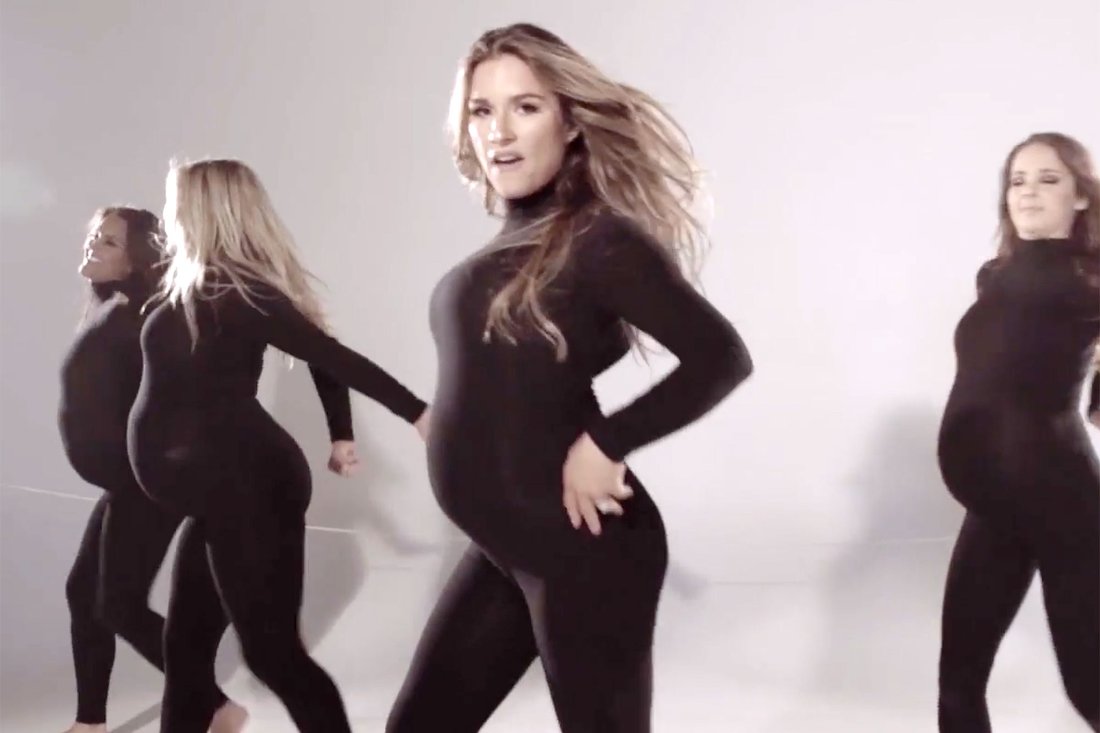 Second-time mom-to-be Jessie James Decker channels her preggers celeb fore-mothers in the video for her song, “Flip My Hair”.

In the video, the country singer is flanked by other expecting women with similar sized baby bumps, hair length and texture as Decker’s  dancing seductively in black unitards to her very catchy song. I love it! 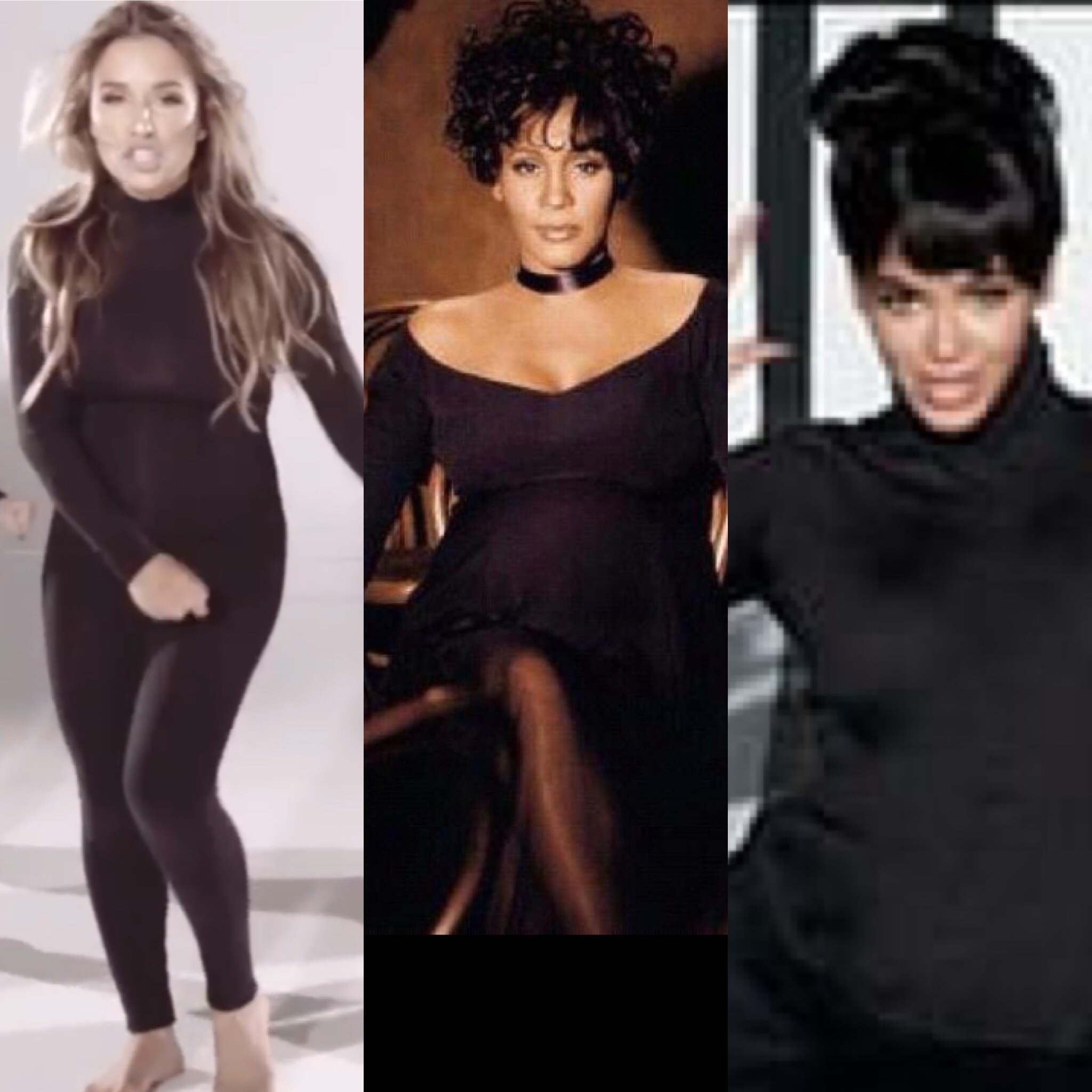 It reminds me of the late Whitney Houston, Beyonce and Deborah Cox, other singers who each wore black turtleneck looks while about 6-months pregnant in their respective music videos of yesteryear.

Decker, who is married to NFL’s Tennessee Titans wide receiver Eric Decker,  said she loved the way she felt shooting the video.

“I’ve never felt sexier or more confident than I did during this music video shoot,” the country singer and reality TV show alum captioned a snippet of the video posted on her Instagram account. “I  wanted to showcase that no matter where you are at in your life, shape, or size you can exude that confidence and sexuality in your womanhood!”

“I wont dive deep into the meaning of the lyrics except that I’m sure you can figure out for yourself how I was feeling when I wrote this song! Now girls take any of that negativity or any of the haters and #flipyourhair (directed by @dallaswilson8) (written by me, @alyssabonagura and @micahwilshire) (produced by @danlordagee) (choreographed by @lifewiththewalkers).”

Video available on iTunes link in bio/ song available on album “southern girl city lights” at @Target exclusively ❤️. I knew I wanted to make a music video for this song as soon as I wrote it. When the question of “when” I wanted to shoot it came about, I thought to myself do I wait after I have the baby and get my body in perfect shape like I’m supposed to? Or do I just embrace where I am at my life, pregnant with my third baby? The answer came easily after sleeping on it. I said “we are shooting a music video even though I am six months pregnant and we will rock this shit!” ⠀⠀⠀⠀⠀⠀⠀⠀⠀ I’ve already read some of your comments stating that it’s weird or it makes you uncomfortable or that other successful country female artists would never do this. Well if it makes you uncomfortable then that’s your own issue. As far as other successful country artists not doing this? You’re damn right… I am my own artist and I will continue to express myself in my own way. I’ve never felt sexier or more confident than I did during this music video shoot. I wanted to showcase that no matter where you are at in your life, shape, or size you can exude that confidence and sexuality in your womanhood! ⠀⠀⠀⠀⠀⠀⠀⠀⠀ I wont dive deep into the meaning of the lyrics except that I’m sure you can figure out for yourself how I was feeling when I wrote this song! Now girls take any of that negativity or any of the haters and #flipyourhair (directed by @dallaswilson8) (written by me, @alyssabonagura and @micahwilshire) (produced by @danlordagee) (choreographed by @lifewiththewalkers)

I am here for it.

We saw quite a few haters in the captions to the video who obviously do not appreciate the fact that pregnancy doesn’t stop a woman from feeling sexy or expressing her sensuality.

She looks great and the video is so fun and it looks like they had a great time producing it.

Others criticized her for not having racial diversity among the other women in the video with her.

I don’t know about that.

In fact, I think she needed to have other women who look like her because perhaps the video director was aiming for a look like Beyonce’s in her 2011 Countdown video she did  while 6-months pregnant with her daughter Blue Ivy.

The monolithic series of Bey in a row like here have a very explicit visual effect:

Decker and her dancers even start in chairs, similar to how Bey ends her video tho no shade because even Mrs. Knowles’ video was accused of being  rip off of choreographer Anne Teresa De Keersmaeker’s work. All work is inspired by others, right? 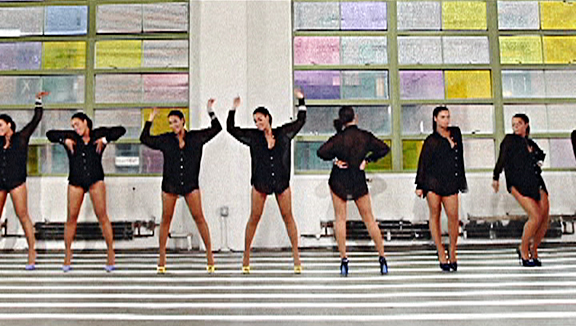 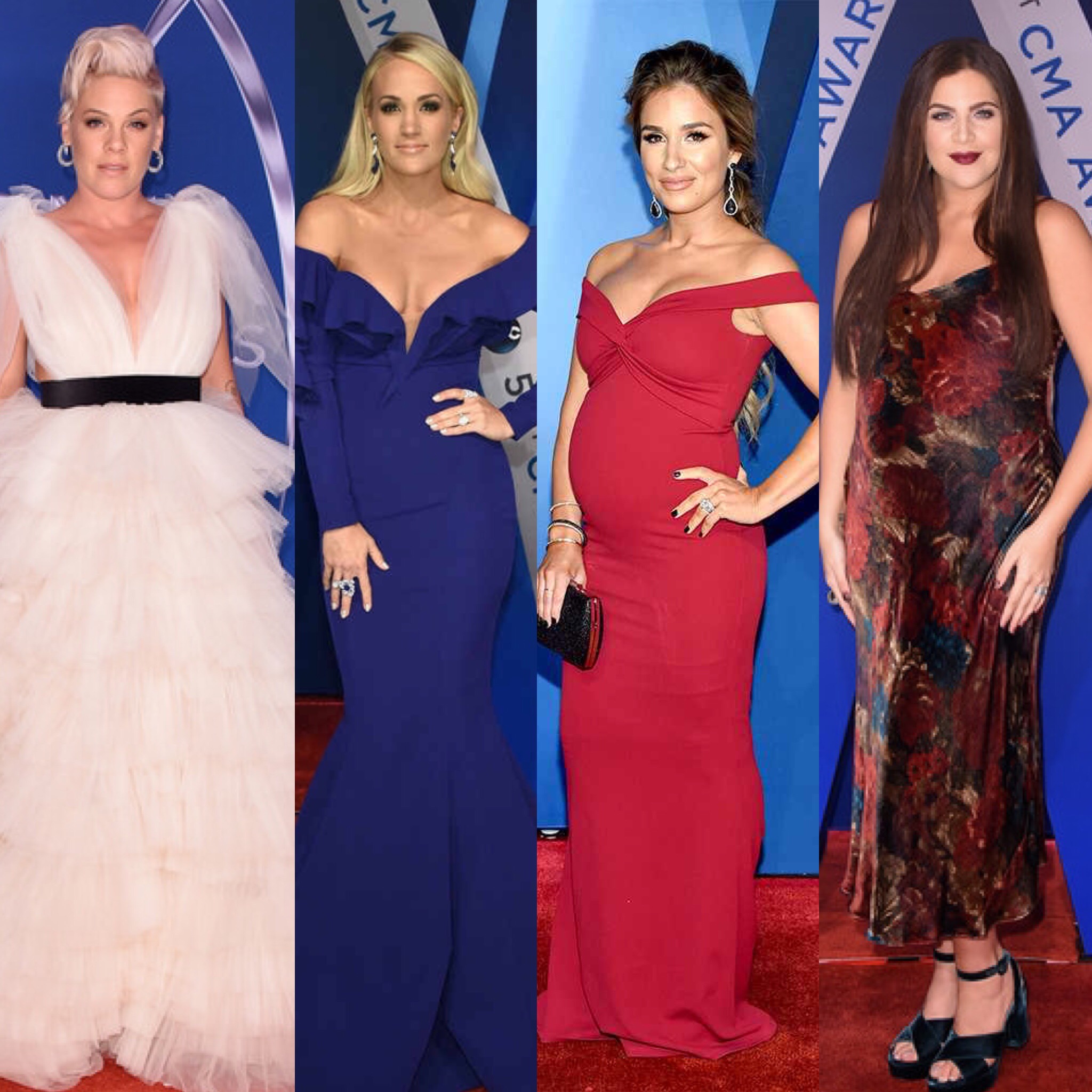 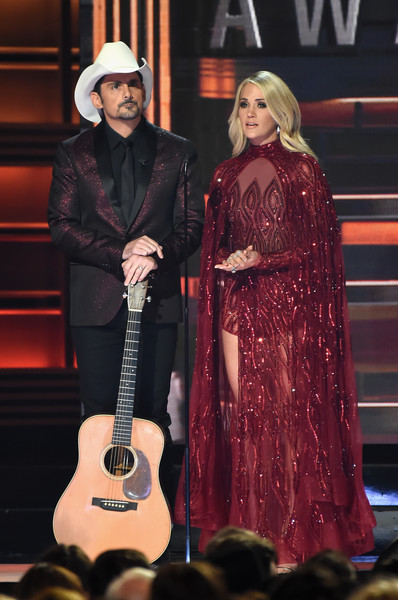 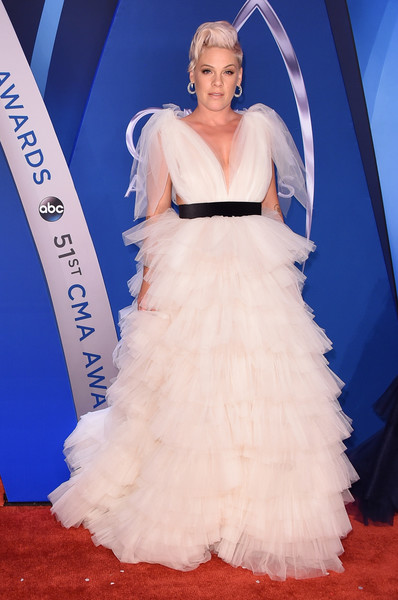 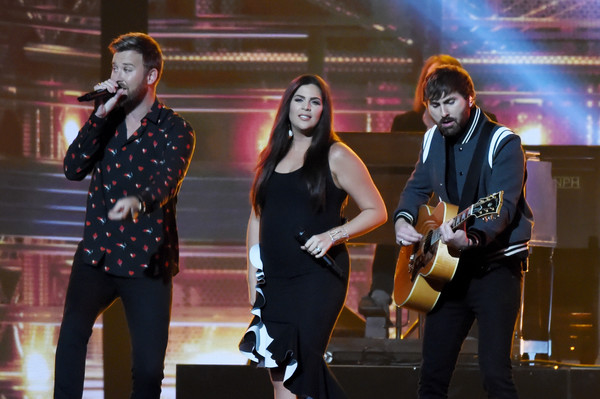 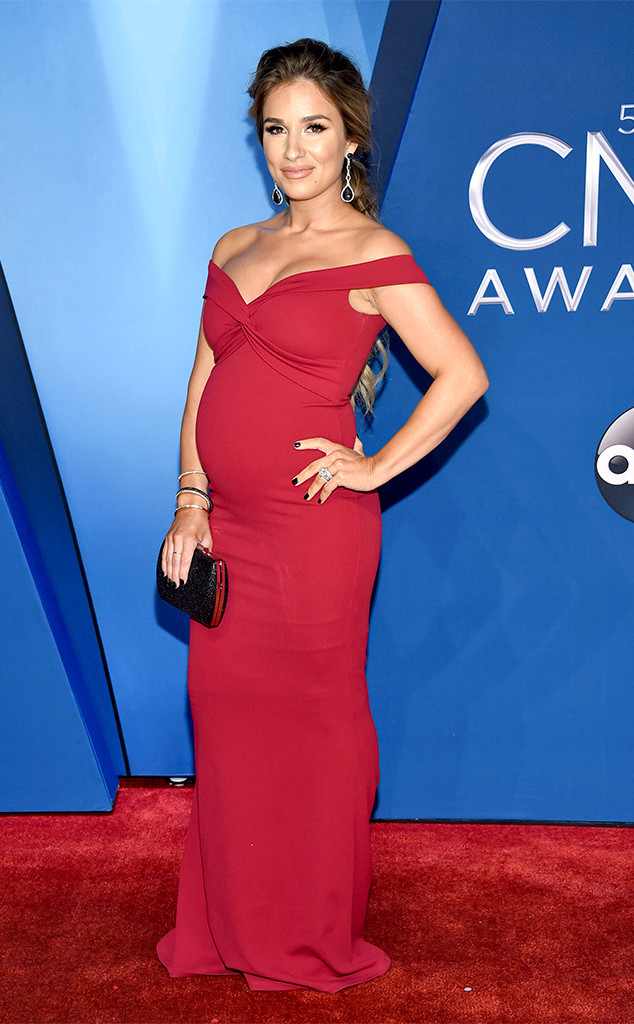 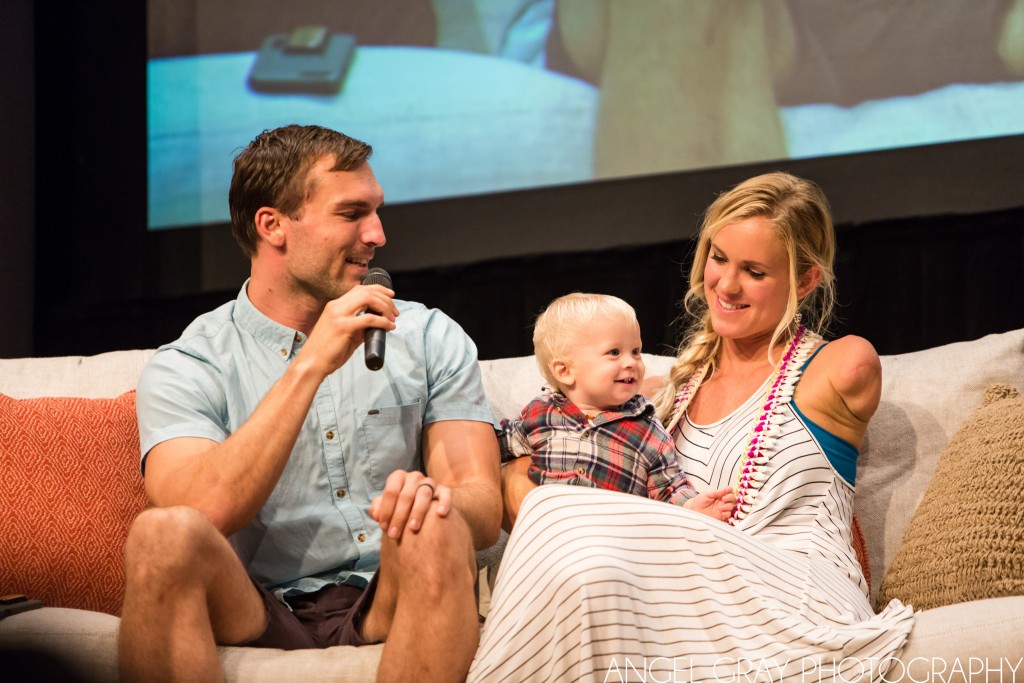 This week is full of celebrity pregnancy announcements.

Tanisha Thomas from The Bad Girls Club announced her news this week.

It happens every time a celebrity posts a photo of herself in social media breastfeeding her newborn. It’s country singer and reality TV star Jessie James Decker‘s turn.

After posting this precious photo of herself nursing her son, Eric Decker Jr., on her Instagram account, over 4,000 people have given their opinion on the act. Most of them are breastfeeding advocates though there is also the usual set that accuses her of doing it for pure vanity. You can check out the verbal sparring HERE.

Congrats to country singer and reality TV star Jessie James Decker and her NFL player husband Eric Decker on the birth of their second child together, a baby boy.

“Thanks for all well wishes!” Eric tweeted Friday. “Mama and baby boy are doing great!! Vivi is the sweetest big sister!”

Jessie James Decker is weeks away from delivering her second child. In the meantime, the country star is also pushing her super adorable line Kittenish with Kora Rae and sharing cute pics of her baby on her Instagram account.

Check out her other photos and follow her for the deets HERE!

Inside, the second time mom-to-be talks differences between this and her first pregnancy and I could certainly relate to eating excessively as a means of staving off extreme morning sickness and nausea.

“With my daughter, Vivianne [now 18 months], I had horrible morning sickness,” she recalls. “I threw up every day, sometimes twice, for five months, which then made me insanely hungry. So I’d stuff my face to try not to feel nauseated, and I gained 55 pounds. On my 5’1″ frame, that was brutal!”

She says her second pregnancy has gone smoother.

“I sometimes even forget I’m pregnant except for all the moving around he’s doing in there,” she says of the baby boy she is expecting with her NFL husband Eric Decker.

Okay! Here we go! My new fave pregnant celeb may be country singer Jessie James Decker.
The reality TV star of the E! show Eric & Jessie: Game on and her husband New York Jets linebacker Eric Decker are expecting their second child, a son, in September.
This week, Jessie kept it all the way real with this very relatable Instagram 5-month belly progression photo that she captioned:
“Keepin it real mommy style. Stains. Gotta pee face but don’t wanna get up and non supportive bra Cus I just don’t care hahah! #vivismama #23wks”
That’s what I’m talking about. We see enough of the picture perfect, carefully filtered and presented inspirational pregnant celeb photos that most cannot obtain or duplicate, even if they tried.
Finally, one who isn’t afraid to show what many real pregnant women look like when they’re chilling at home and letting it hang out.
Love!
The Deckers are also parents to their 1-year old daughter Vivian, born last March 18.