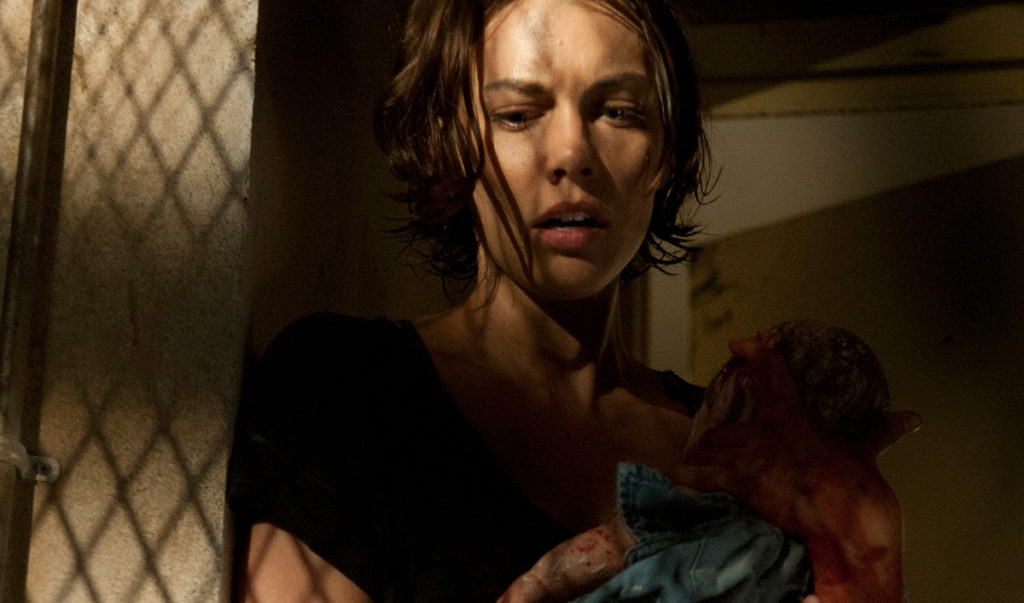 Season 8 of The Walking Dead will return to fans on Sunday, October 22, at 9:00 p.m. ET. but the hit AMC drama’s showrunner Scott Gimple recently revealed that pregnant charcter Maggie will not be giving birth in any future episode soon.

When asked if anyone should expect to see Maggie giving birth in Season 8, Gimple said this:

“With ‘quite early in,’ Scott Gimple is referring to Maggie’s pregnancy in general, as she’s seriously not all that far along by this point in the narrative, despite having first revealed to Aaron that she was expecting back in the first chunk of Season 6., ” Cinemablend explains. “So, in a sense, if Maggie actually would give birth during Season 8, it would be far scarier than heartwarming, as it would be an extremely premature delivery. I mean, her belly bump is roughly the size of what it would be if the group had a fairly sizable meal.”

The idea of yet another post-apocalypse baby is daunting, right? So far, Judith has been able to survive while being kept safe and busy while the adults battle Walkers, Wolves, and now Nagan!

An infant in the mix would certainly make things even more interesting.

While watching the B-season of the AMC hit show The Walking Dead, my husband pointed to a scene with Alanna Masterson where lots of chairs and other objects were strategically placed in front of her belly. It made us chuckle.

We knew she was pregnant with her first child during filming and you could see a little bit of extra weight on her face and we noticed the costume designer kept her in this over sized grey sweatshirt for most of her scenes.

During a taping of The Talking Dead, the new mom talked about the strategy of hiding her bump. She was grateful for not blowing up so she could be hidden but hilariously describes waddling onto set at 9 months pregnant for filming. ha!

It reminded me of all those scenes during Scandal with the producers of that show trying to conceal Kerry Washington‘s pregnancy after it was decided to not write in a pregnancy in the script. It was the subject of many hilarious blog articles like this one by TV Guide!

The site TV Over Mind did a round up of a few other scenes from various TV shows where the crew and directors had to be creative to conceal a main cast members’ pregnancy.

Alos, Cobie Smulders from How I Met Your Mother, her character Robin was covered up with large clothing and scenes with her mainly  sitting at the bar drinking with her friends. Her co-star Alyson Hannigan‘s pregnancy was hidden with things like basketballs and weight gain explained away by her entering a hot dog eating contest. 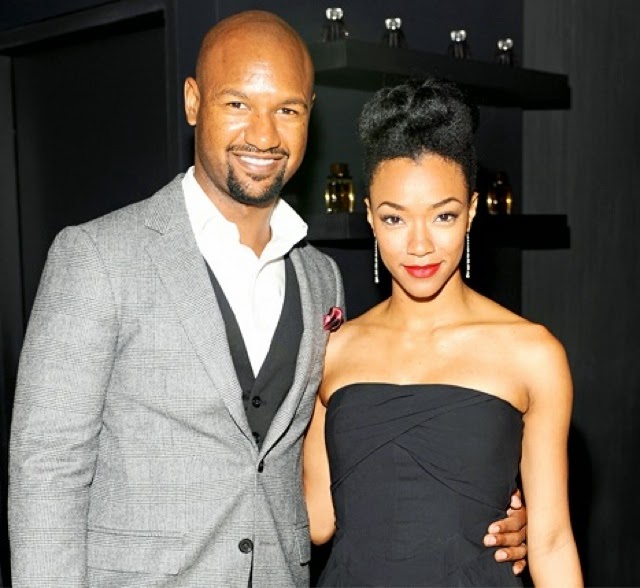 Congratulations to The Walking Dead star Sonequa Martin-Green who is expecting her first child, a son, with husband, actor Kenric Green, her rep confirms to PEOPLE.
“Kenric and I are beyond excited,”  the actress who plays Sasha in the hit AMC show told the magazine.
“There’s nothing like running around fighting zombies in the Georgia heat to stay in shape while pregnant.”
The baby is due to arrive in January.
0 comments