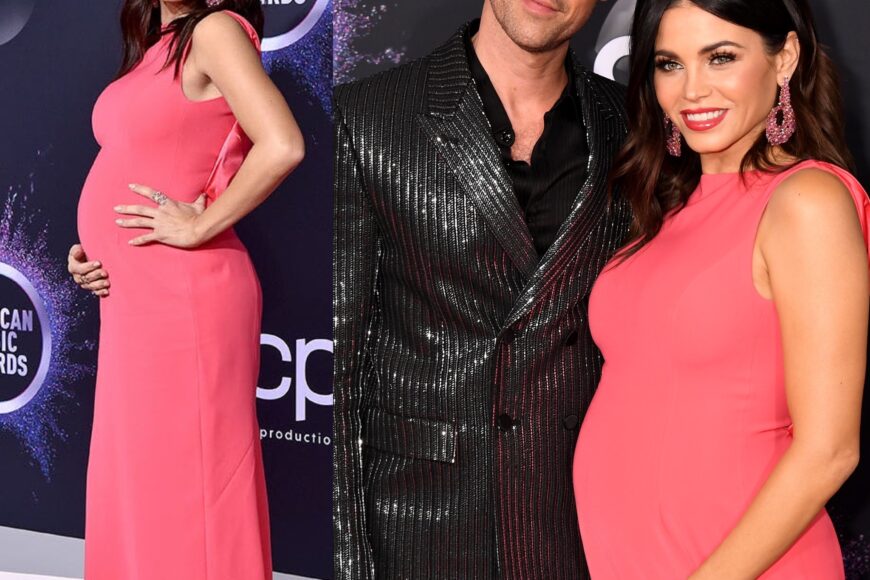 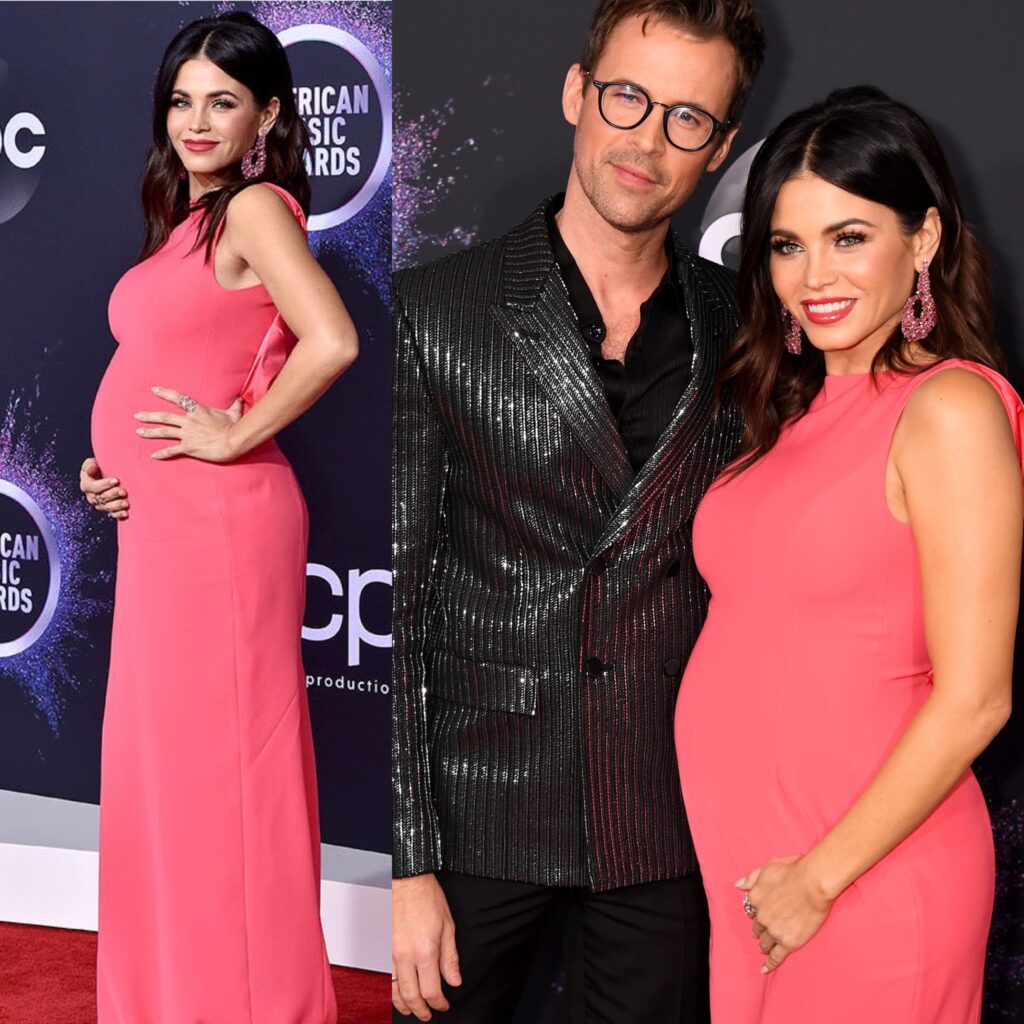 Actress and dancer Jenna Dewan bumped it up at this Sunday’s American Music Awards held at the Microsoft Theater in Los Angeles, California.

The pregnant American Horror Story alum  showed up and showed out on the red carpet in a coral bump-hugging Emporio Armani gown that features a  bateau neckline, open back and classic silk satin bow with her hair in loose ringlets. 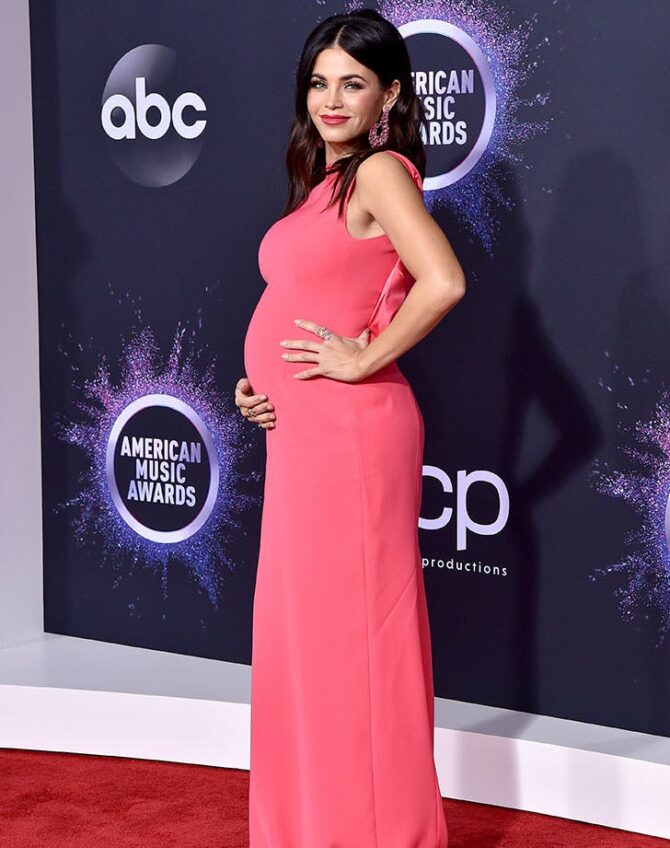 Dewan, who recently divorced from her husband Magic Mike star Channing Tatum, was accompanied to the show by her friend Brad Goreski. 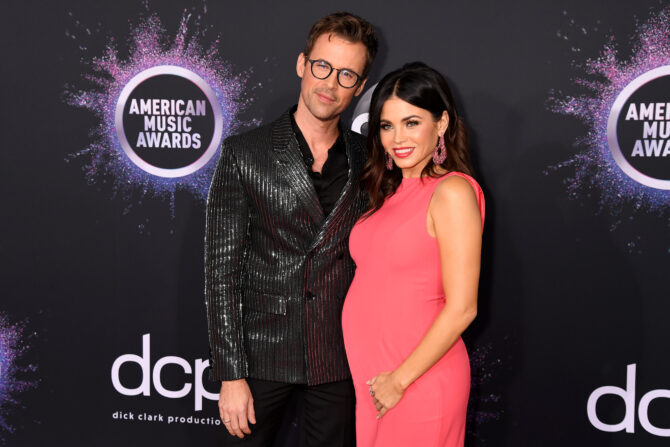 The Step Up star announced last month that she and her actor beau Steve Kazee are expecting their first child together.

She and Tatum share a 6-year old daughter named Every together.

Sunday night was the American Music Awards at the Microsoft Theater in Los Angeles, California hosted by Jennifer Lopez with intermittent announcement duties by Ciara who left little to the imagination in a well constructed Balmain dress.

As usual, we tracked some of the celebrity moms that we’ve “bumpwatched” in the past to check out what and who they wore on the red carpet or on stage.

Gwen Stefani performed “Used to Love You” but before, she walked the red carpet in a stunning sheer and panel Yousef El-Jasmi dress. Carrie Underwood won the AMA for Favorite Country Female artist and sang her hit song “Heartbeat” during the show. On the red carpet she wowed in an Ellie Madi dress, Greymer shoes, Kimberley McDonald earnings and rings by Kimberly McDonald and Anne Sisteron.

There was much shine from all the sequined dresses which dominated this year’s red carpet.  Paula Abdul, Selena Gomez and Demi Lovato all did sequins as did our Bumpwatch alum Danica McKeller.

Shear with jewels. Shear with metallic. Sheer with lace.  It seems there were many ways to present shear.  The trend from last season has spilled over as we saw it on Ciara in Balmain, model Hannah Davis, who also presented an award, in Naeem Khan dress, Stuart Weitzman shoes, and Anita Ko jewelry,  and Stefani while performing in Jean Paul Gaultier.

Jennifer Lopez must have won the award for most dress changes during a show as she wore a reported 10 dressed during the course of the evening. My favorite was her red carpet dress. Wow!

Here are the others: