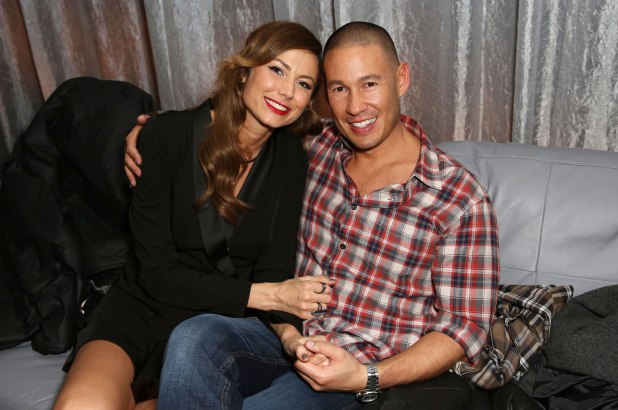 Congrats to Stacy Keibler on the birth of her second child, a baby boy she and husband Jared Pobre have named Bodhi Brooks Pobre. The former WWE star announced the news on Instagram with a picture of hers and hubby’s hands ans their 3-year-old daughter Ava holding Bodhi’s teenie weenie hand.

“Born at home, on 6.18.18 our sweet little man Bodhi Brooks Pobre entered our world,” she captioned the photo. “His spirit melts our hearts ♥️♥️♥️ We feel beyond blessed!”

Keibler has a home birth, the same as with Ava.

The actress, who once dated George Clooney, kept her pregnancy private until right before almost giving birth when she announced it on social media.

Keibler and Pobre wed in a private ceremony in March 2014.