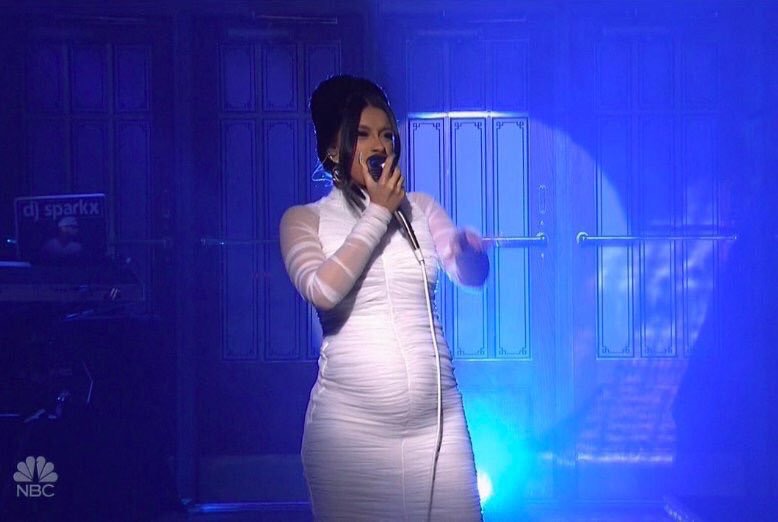 Rapper Cardi B used her first Saturday Night Live performance ever last night to confirm the rumors that she is pregnant with her first child.

During her second performance on the show hosted by Chadwick Boseman, the camera panned back from the “Bodak Yellow” singer who was in the shadows to reveal her wearing a white bump-hugging wedding gown. 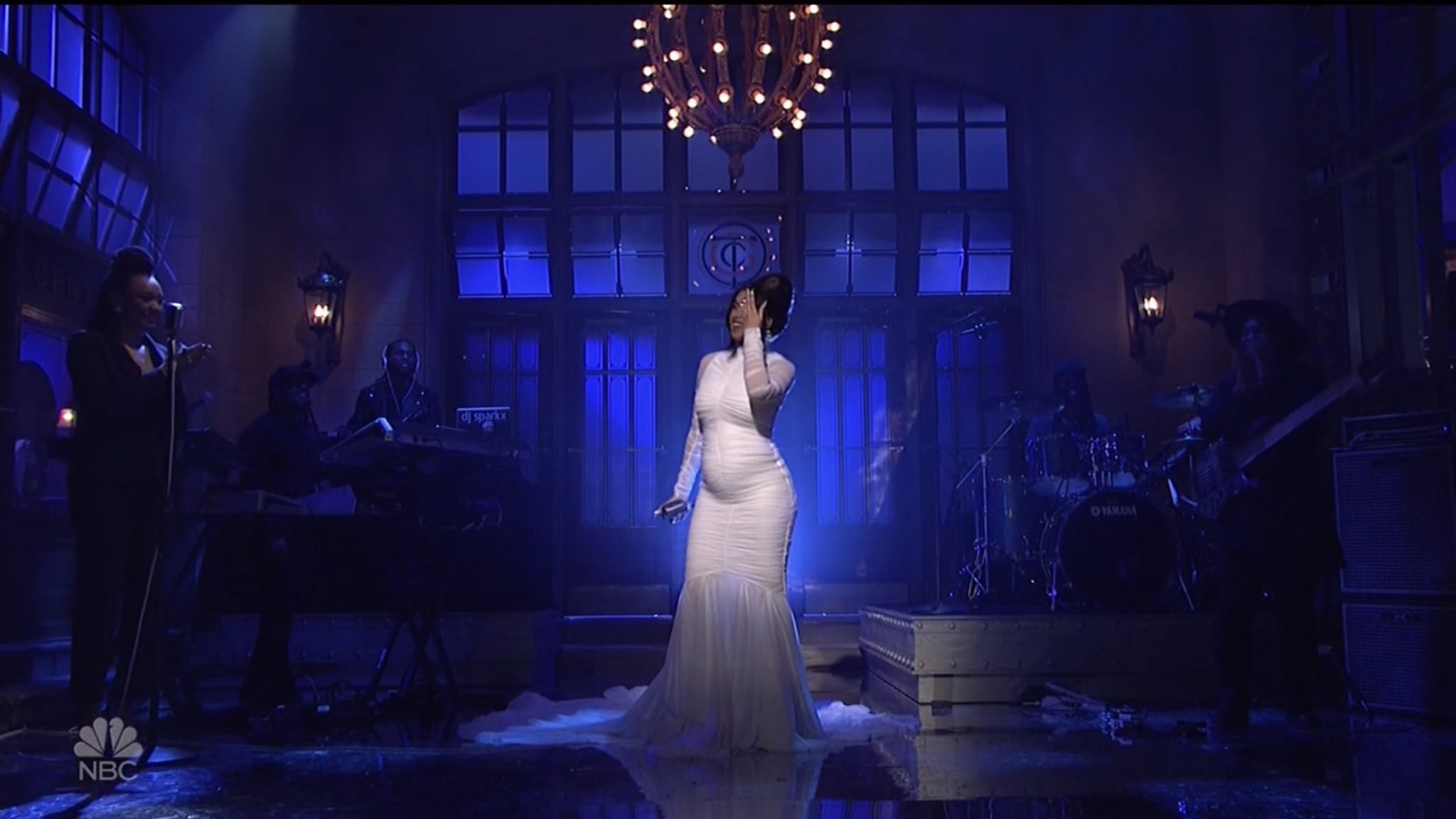 The dad is her long time boyfriend, Offset, one third of the rap group Migos.

Since then, Cardi’s team has been excellent about shielding the star from paparazzi until she decided to make her baby news on her own terms like last night’s performance.

Just last Friday, Cardi, who also is referred to as Bartier, evaded questions about her pregnancy in an interview with US Weekly when she essentially replies that her fans should listen to her album. 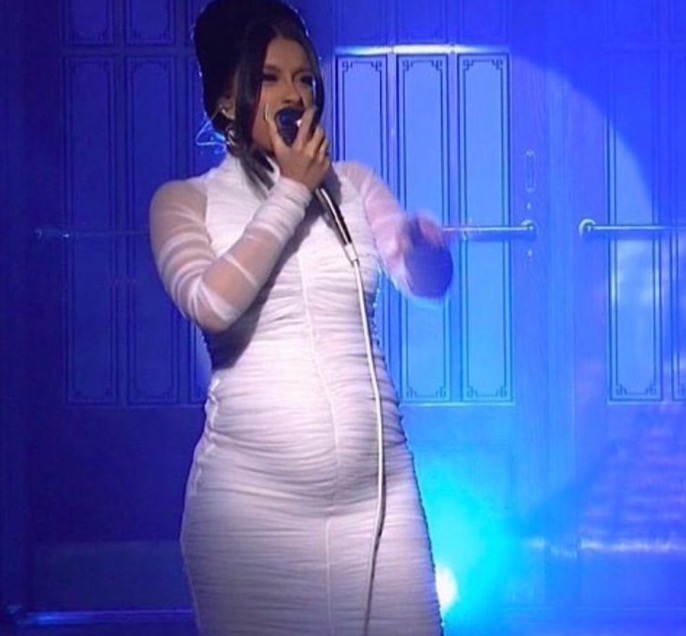 That’s right! We respect a celeb who takes control of her own narrative!

Congrats! This will be her first child but Offset’s 4th. He has three children from previous relationships.