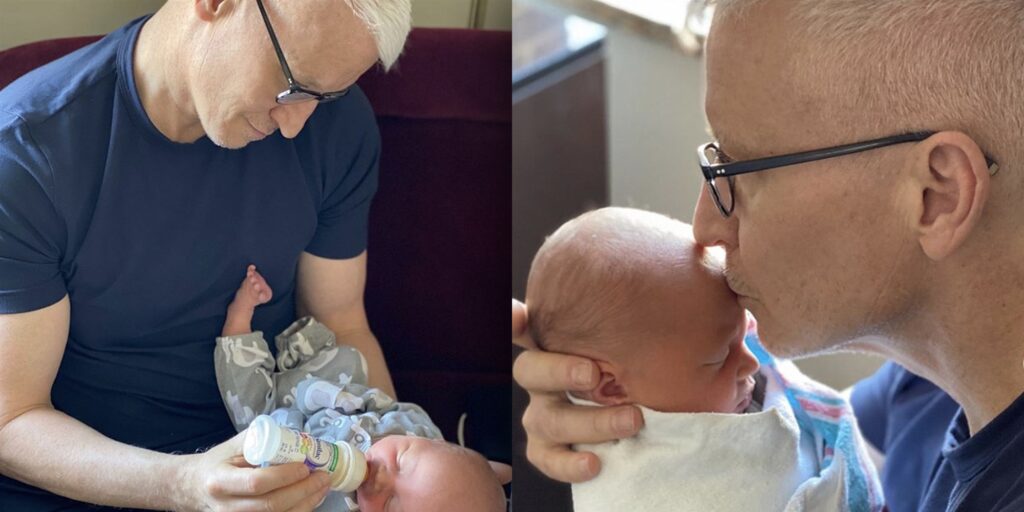 When CNN anchor Anderson Cooper announced on the last day of April last month that he had become a father, he joined the 3% of single men in the United States who become a parent without a partner or spouse.

“On Monday, I became a father,” the heir to the Vanderbilt fortune and popular on air news personality shared at the end of a CNN Town Hall segment. “I have a son.”

CNN's @AndersonCooper is a dad.

"On Monday I became a father. I've never said that out loud and it astonishes me," he said Thursday at the end of the #CNNTownHall.

Before Cooper, one of his best friends, BravoTV‘s Andy Cohen also welcomed a baby solo, and similarly, Cohen too announced the news on his nightly talk show Watch What Happens Live with Andy Cohen

Other famous men who became parents while single include, actor Hill Harper, who adopted a son, while  there is apparently a growing trend of single men turning to surrogacy, according to recent reports.

International soccer star and the most famous person on Instagram, Cristiano Ronaldo, is a surrogate to three children, two of whom were born when he was single.

In 2008, Latin pop sensation Ricky Martin used a surrogate to father twins while he was also without a partner at the time. He has since welcomed a daughter, Lucia, with his husband Jwan Josef.

In a blog post on the E network‘s Daily Dish Blog, an expert explains the trend:

But according to Gayle East, owner and director of Surrogate Solutions in Hewitt, Texas, single man surrogacy is becoming more prevalent!
The type of guy who will be willing to undertake such a life-altering move are professionals who are financially stable and ready to settle down but they haven’t found a partner yet.