Duke and Duchess of Cambridge 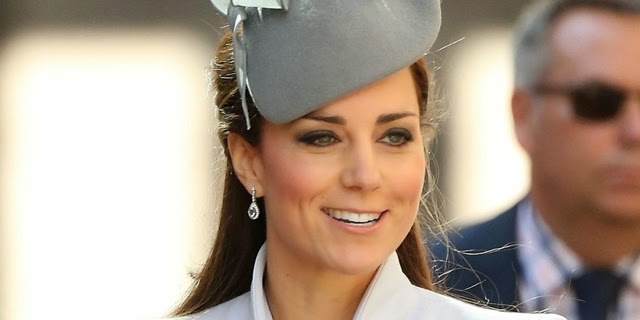 Kensington Palace today announced the due date of Kate Middleton: Let the countdown begin.“Their Royal Highnesses The Duke and Duchess of Cambridge are delighted to confirm they are expecting a baby in April 2015,” this morning’s statement from the royal office read. April will be a busy month. The couple will celebrate their fourth wedding anniversary on April 29 and Queen Elizabeth will turn 89 next April 21.The couple’s son, Prince George, born July 22, 2013 and will be 21 months old by then. The palace statement continued: “The Duchess of Cambridge continues to be affected by Hyperemesis Gravidarum, but her condition is steadily improving.”
0 comments

Former News of the World royal editor Clive Goodman admitted in court today that he had hacked the voicemails of Prince Harry and the Duke and Duchess of Cambridge.
Bellyitch Bumpwatch alum Kate Middleton‘s phone was hacked 155 times, Prince William‘s was illegally accessed 35 times and Harry’s messages on nine occasions, the Old Bailey in Central London was told.
Goodman was forced to admit that his hacking while at the newspaper was much wider than he had previously disclosed, after being shown his phone records from 2005 and 2006.
The 56-year-old was jailed in 2007 for illegally accessing the voicemails on royal aides’ mobiles.
He told the court: ‘There has been no intention to deceive you or anybody else about my involvement in hacking. If anyone asks me an open question, I will give an open answer.’
The Duchess was allegedly first hacked on December 12, 2005, by Goodman after he was handed her voicemail details by private detective Glenn Mulcaire.
He intercepted her voicemails repeatedly on Christmas Eve, Christmas Day and again on Boxing Day of 2005, the court was told. He allegedly started hacking Prince William in January 2006 and then began intercepting Prince Harry’s voicemails the same year.
Goodman said: ‘I’m saying I hacked Prince Harry and I am being open and honest. It is not a question of being forced to accept this, I’ve never been asked.’
He said the last hack of Prince Harry was on May 5, 2006, while he last hacked Kate Middleton on August 7, 2006, the day before he was arrested