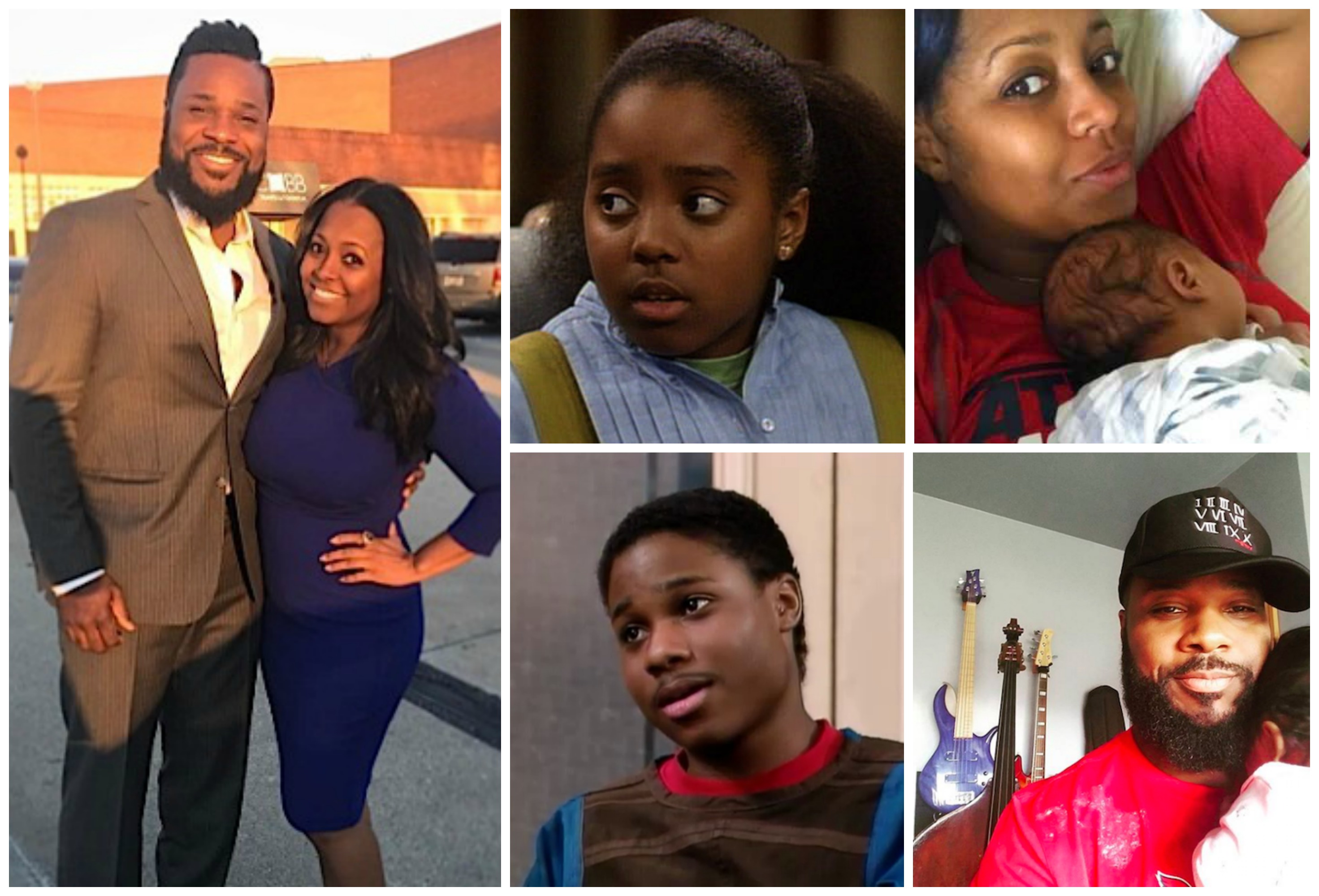 Actress Keisha Knight-Pulliam has spoken out about her marriage and husband Ed Hartwell‘s decision to file for divorce only 8 months of marriage.

A few days after the news went public, the former child star sat down with Entertainment Tonight exclusively to tell her side of the story and explain how blindsided she was by the news.

She said her husband, a former NFL Atlanta Falcons and Baltimore Ravens player, told her about filing for divorce via text message.

He noted on court papers that “irreconcilable differences”  were his reason for seeking an end to his marriage. He also asked that Knight-Pulliam soon-to-be-born daughter  be subjected to a paternity test after birth.

“This is his baby,” Keshia told ET. “He wanted more children. He was excited once he found out that we were having a little girl. There was never a question about that. … [At] no point after we got pregnant was there an issue of the fact that we’re having a baby.”

She also revealed said that she was the one who wanted to leave first after discovering he had cheated but she gave him a second chance after he plead with her to stay.

“Early on in my marriage when I was faced with this, I was ready to leave. It’s not OK,” Pulliam says. “In the process, I found out I was pregnant. And I had to take another hard look and decide if I wanted to try to work through this and forgive him for the sake of the child. Like, I had divorce papers ready. I presented it to him. … Once I was pregnant I did decide to give him that one last chance.”

“The part that hurt me the most when he filed for divorce was that he had asked me to give him another chance, and I was willing to do that and forgive him, for our family,” she adds.

Knight-Pulliam says she is okay with the separation but still interested in co-parenting.

“There’s a baby in the middle of this,” she stressed. “Regardless, if we don’t want to be married, that’s fine, because we agree on that. But this baby is what’s important.”

We’re thinking of her and the baby and family. Hopefully, she will pull through.

First “Ashley Banks”  and now “Rudy Huxtable“.  Another  star known as a child actor in the 80s/90s is expecting.

Actress Keisha Knight Pulliam, who played the youngest daughter on The Cosby Show, revealed Sunday to her followers on Instagram that she and her new husband of only a few months ex Atlanta Falcons and  Baltimore Ravens linebacker Ed Hartwell are expecting their first child together.

“Surprise!!! We have a new addition coming soon,” she captioned a close up of herself holding a cupcake with pink icing. “Tune into #KandidlyKeshia this week for the details!!”

We also got a sneak peek at her bump also when a friend posted Pulliam in a group photo on Instagram.  It revealed the baby’s gender.

“Our Sunday Family Dinner turned into a BABY REVEAL,” her interior decorator friend Tobey Renee captioned the photo of Pulliam with a cupcake with pink frosting. “#ItsAGirl.”

Our Sunday Family Dinner turned into a BABY REVEAL!!! #ItsAGirl !!! Congrats to @keshiaknightpulliam and @edhartwell!!! #TheHartwells!! ??

Hartwell has a son, EJ, with his ex-wife Lisa Wu, who appeared on the first few seasons of Bravo TV‘s Real Housewives of Atlanta. Scrolling through her feed, I see that her sister-in-law is expecting at the same time. Happy family!