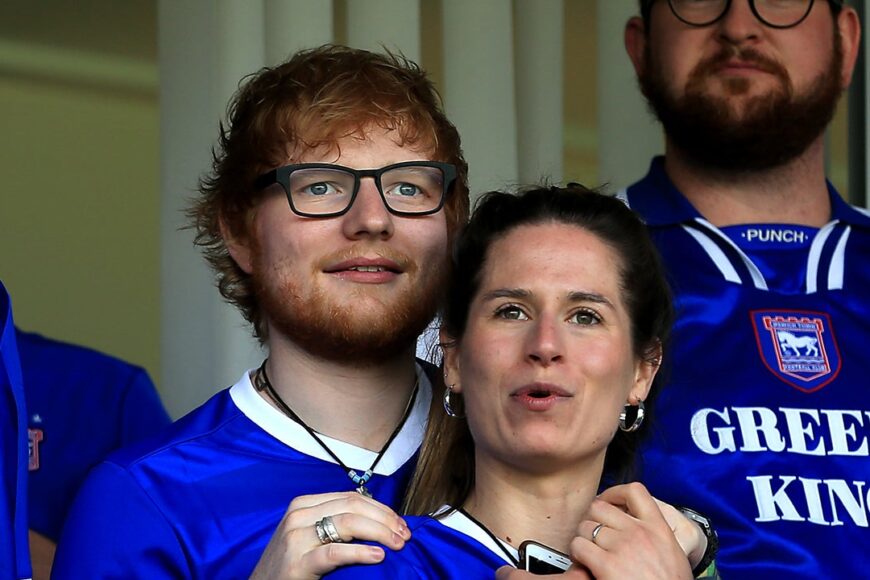 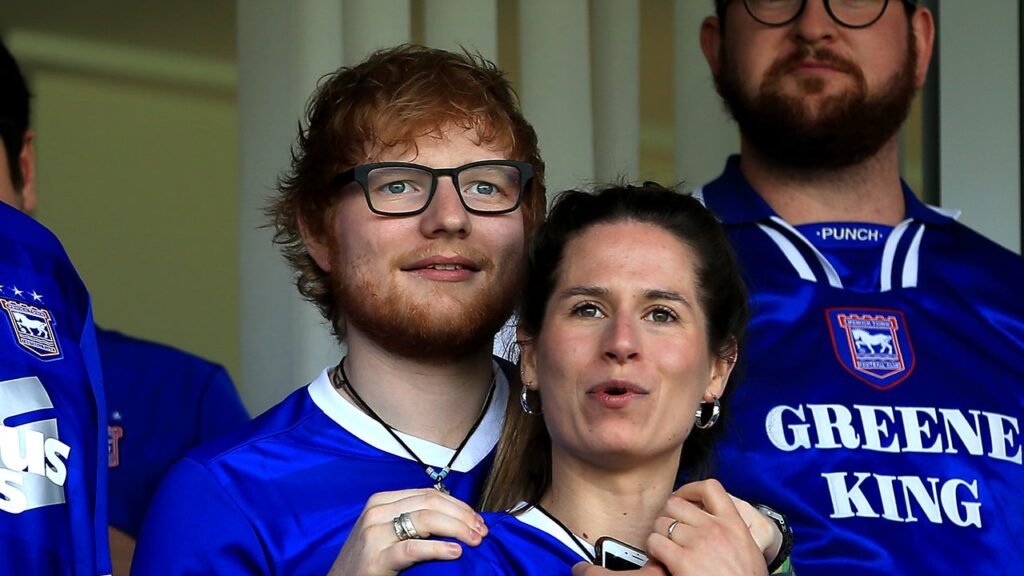 Ello! A quick message from me as I have some personal news that I wanted to share with you… Last week, with the help of an amazing delivery team, Cherry gave birth to our beautiful and healthy daughter – Lyra Antarctica Seaborn Sheeran. We are completely in love with her. Both mum and baby are doing amazing and we are on cloud nine over here. We hope that you can respect our privacy at this time. Lots of love and I’ll see you when it’s time to come back, Ed x

“We are completely in love with her. Both mum and baby are doing amazing and we are on cloud nine over here,” he added. “We hope that you can respect our privacy at this time. Lots of love and I’ll see you when it’s time to come back, Ed x.

Sheeran and Seaborn first met at school when Sheeran was 11. They reconnected in the summer of 2015 and began dating.

Sheeran proposed in December 2017, and the pair married in January 2019.
Last year, the couple appeared in their first music video together for his single “Put It All on Me,” where they were seen in their London apartment dancing and cuddling for the camera.

Beneath each couple was a caption with an explanation of how they fell in love. For Sheeran and Seaborn, it read: “Back in high school, Ed and Cherry were crushing hard.”
“They made out at the castle on the hill,” the caption continued. “A few years ago they reconnected, there were fireworks. They married in January 2019.”

This originally appeared in E!

Ed Sheeran has a look-alike…in the shape of a 2-year-old girl.

Photos of a British girl went viral Tuesday because of how much she looks exactly like the “Shape of You” crooner. The little girl’s name is Isla, and her mom Zoe Walton opened up to E! News exclusively about her
daughter’s sudden Internet fame.

“I can’t believe how viral it has gone,” Walton told E! News.

Walton and her family live in Exeter, Devon, England, and while they don’t expect to hear from Sheeran himself, she did tell E! News that he would “hopefully one day” reach out to meet his baby doppelganger. Isla turns three in May, which could make for an amazing birthday surprise!

Sheeran kicks off his North American tour to support his latest album, Divide, on June 29 in Kansas City, Mo., and it wraps Oct. 6 at the Bridgestone Arena in Nashville. Although he doesn’t leave for a couple of months, the 26-year-old singer hasn’t been taking it easy. Sheeran has been promoting Divide, traveling around the world to perform, interview and pose for magazine photo shoots. But he doesn’t mind because he knows 2017 is his year.

“I think this year is going to be the high point. I have a feeling about it,” Sheeran told BBC News. “Seventeen is my lucky number, and everyone I was scared of releasing of albums around me released them all last year—people like Beyoncé and The Weeknd and Bruno Mars.”He continued, “Taylor [Swift] isn’t going to be releasing until probably the end of this year—Christmas is the smartest time to release because that’s when everyone buys records, so I’ve got a full year of just all Ed, all the time.”

And now there are two Eds to go around—the real Ed and Isla!

Look who is returning to her first love, music. Ciara!

The second-time mom-to-be recently announced that she has signed with Warner Brothers Records.

It’s perfect timing as the model and fashion designer muse has been working on her latest album, titled Jackie for over a year. The album is named after her mom Jackie Harris and Ciara said he started working on it shortly after becoming a mom for the first time, when she welcomed her now 2-year old son Future Zahir with ex,  hip hop artist Future.

Ciara and her husband Seattle Seahawks quarterback Russell Wilson will welcome their first child together later this  year. Meanwhile, here’s to new music!

My Other Home ❤️

Until then, enjoy this medley of some of her biggest hits: