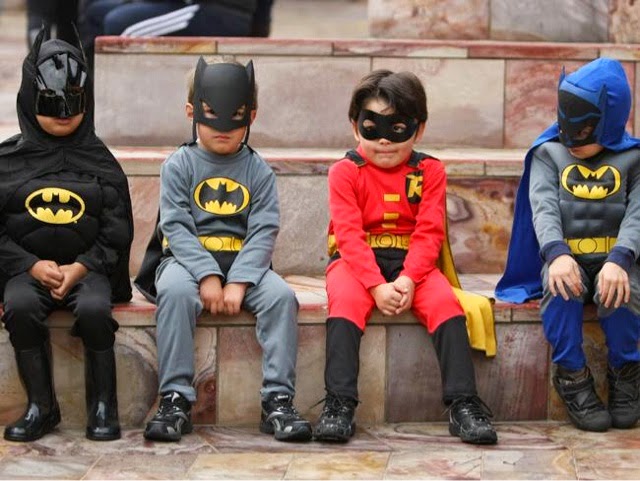 guest post by Danita Dawson
As a parent in the age of video games, You Tube, and cyberbullying, I often wonder, almost to the point of obsession, about ways to impact my child’s development.  I believe that superior parenting has always included a touch of creativity but with Generation X, Y, Z (or whatever they’re calling the current generation nowadays), creativity is the cornerstone of even remedial parenting.
To reach your children on the most basic of issues requires ingenuity, but it almost takes pure wizardry when it comes to lofty, esoteric issues like character, empathy and spirituality. Until Oprah comes up with Super Sick Sunday for kids, we as parents need to find ways to encourage soulful growth within our children. I have found such a tactic.
I have developed a very close relationship with the superheroes in my son’s life.  By getting to know the ones he relates to the most, I am able to use their personas to teach him life lessons.
When my son was younger, he didn’t fit in.  He generally was gentle and compassionate which probably came off as soft to other boys his age, and it didn’t help that he wasn’t into sports when most of the boys around our neighborhood were. Sometimes, he was bullied or just felt left out.  Things got even worse once he starting middle school.  He often begged me to drive him to school because of the school-bus fighting he often witnessed.
However, one day he did a rap about his favorite element for a science project.  Once he performed it for the class and half the school, he became Mr. Popularity overnight. All of a sudden he was a 6th grader that 8th graders wanted to know.
Now, needless to say, I was concerned when he didn’t fit in and was getting bullied, but I became even more concerned now that he had become Mr. Popularity.  I didn’t want him to turn into the child that bullied less popular children, or teased them and made them feel left out like others often had done him.
Therefore, I turned to his favorite superhero, Spiderman, for help.
It wasn’t enough to make sure he didn’t abuse others. I wanted to teach him to discourage others from doing so as well, now that he had this newfound popularity.  So, I borrowed Spiderman’s motto, “With great power comes great responsibility”.      I used this to teach him that as one of the popular kids (that used to be bullied) he had the responsibility to encourage kids to treat others well.
Usually when teaching my son, I never really know if he’s quietly listening to me or quietly ignoring me, and this time was no different since I got no immediate response.  I even forgot we had this talk until the day he told me that on the way home a school-bus fight broke out and he stopped it.
Instead of cheering it on or taking pictures like many children in today’s media-crazed world, he got between the two boys and stopped them from fighting.  I was astounded! 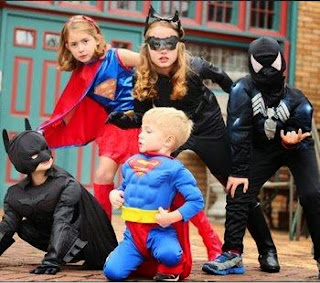 Just a few months before he was cowering; now he was intervening.
After that, I knew that at least in part, I had Spiderman to thank because while I’ll admit my son was naturally a peacekeeper before this incident, Spiderman helped that part of his nature flourish in what seemed to be overnight.
Since then superheroes have become one of my best teaching tools.  It has even helped me have a new outlook on issues.  Once, my son and I were having a conversation about one of his other favorites, Batman.
He was trying to get me to understand the reason that Batman wasn’t as nice as the other superheroes and didn’t always get along with them.  He empathetically explained that, “Batman was messed up because he saw his parents die in front of him and he never got over it”.
I was so touched by this gentle and forgiving view of my eleven-year-old son that I decided to use it to remind myself along with him that when difficult people come into our lives such as bullies or mean coworkers, we should view them in the same non-judgmental way he views Batman, by looking beyond their actions and trying to understand their pain, and it actually works.
So, get to know the superheroes in your child’s life.  It will give you insight into your child’s psyche. Then, you can develop methods to encourage his strengths and to overcome his weaknesses.  And you may learn a few things to help yourself along the way.
Danita Dawson is a loving parent with a creative look on life and parenting.
0 comments