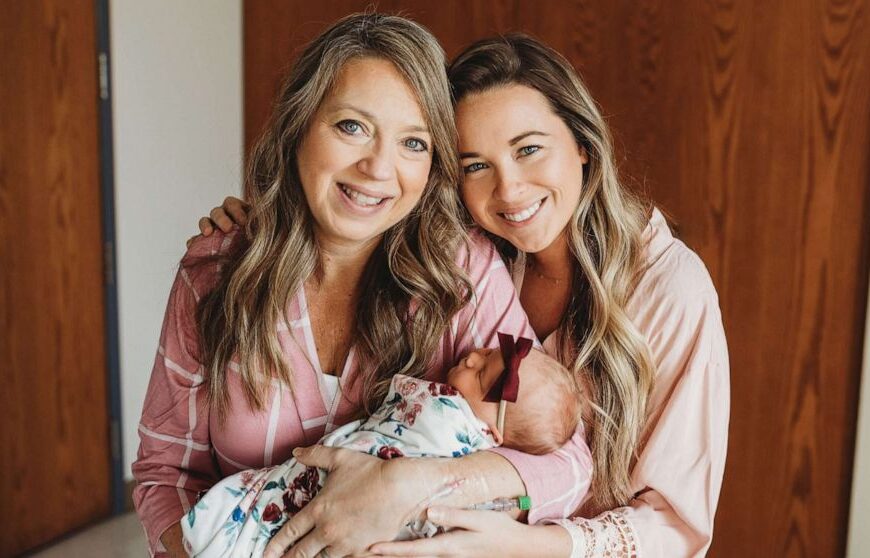 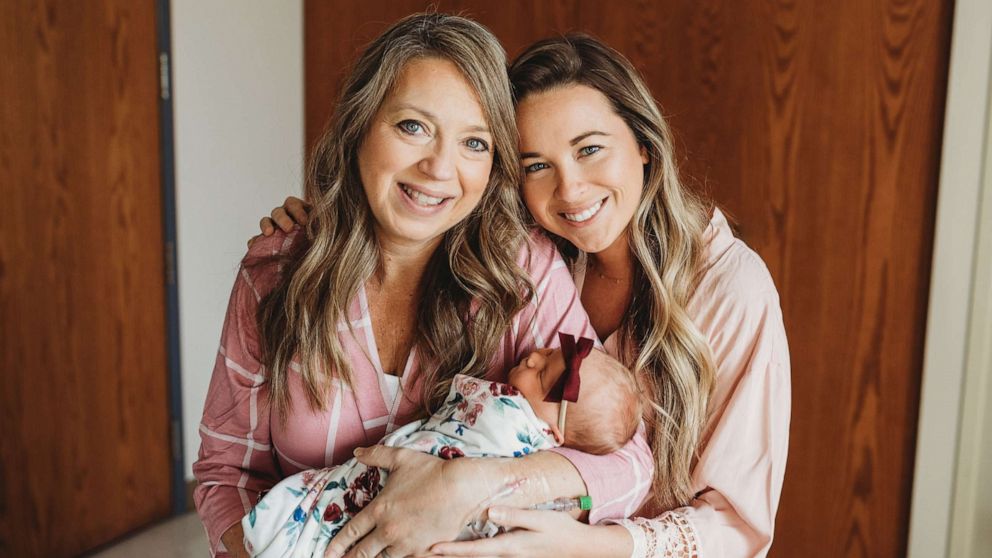 A 51-year-old woman who served as the gestational carrier for her daughter and son-in-law gave birth to her granddaughter.

Julie Loving, 51, delivered a healthy baby girl in an Illinois hospital on Nov. 2 with her daughter, Breanna Lockwood, by her side.

The newborn, named Briar Juliette Lockwood, is the first child for Lockwood and her husband, Aaron, who are the baby’s biological parents.

“It was definitely a surreal process,” Lockwood told “Good Morning America” about Briar’s birth. “All the feelings came at once, just watching my mom go through everything and all she’s done for me and is continuing to do.”

Loving gave birth to Briar after being induced about 10 days before her due date. She had to undergo an emergency C-section due to difficulties with the umbilical cord, according to Lockwood.

The delivery marked the first C-section for Loving, a mom of two, whom Lockwood described as having a normal pregnancy.

“She definitely rocked the pregnancy and the birth rocked her a little bit, but she did a great job,” said Lockwood. “It was a super emotional day with lots of tears and lots of happy times and some scary times but our doctors and team were great.”

Lockwood, a 29-year-old dental hygienist, and Aaron began trying for a baby almost immediately after they wed in 2016. After one year of trying naturally without success, Lockwood began seeing a fertility specialist.

Nearly two years later, after multiple rounds of in vitro fertilization, multiple surgeries and several miscarriages, including a pregnancy with twins, Lockwood’s fertility doctor told her that she would need to start considering surrogacy because her uterus was unable to withstand a pregnancy.

In 2014, a woman in 58-year old Utah woman gave birth to her daughter and son-in-law’s child as well after serving as a surrogate for them. Last year, a Nebraska woman acted as surrogate to her gay son and his partners’s newborn.