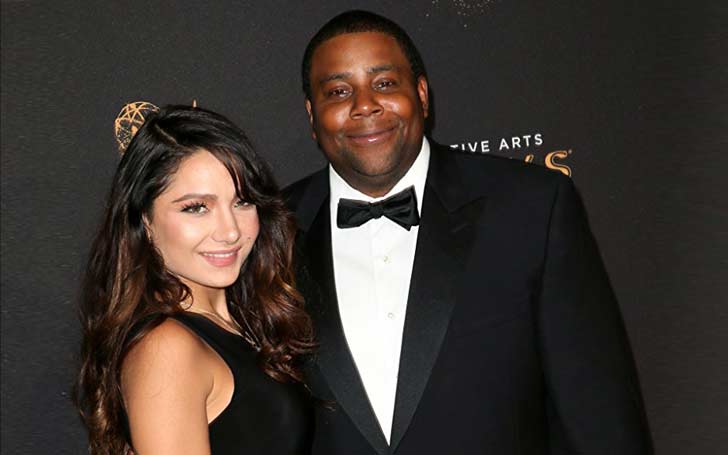 The couple that married in November 2011, are already parents to daughter Georgia who they welcomed in 2014.

Earlier this year, the Kenan and Kel and All That! alum was nominated for an Emmy in the Supporting Actor in a Comedy for his role on SNL.

Evangeline shared a photo of the new baby and dad with baby on her Instagram account. The couple married in 2011 and announced the news about the first pregnancy this February. They apparently took several years trying to conceive before finally succeeding this round. Awwww!
Congrats! And while we were on her Instagram page, we couldn’t help but cop and share some of her really nice baby shower photos and a tiny bump one when she was 33 weeks! wow!

Since marrying in 2011 and after years of trying, Saturday Night Live sketch actor and comedian Kenan Thompson and his wife model Christina Evangeline are expecting their first child together, TMZ  reports.

The couple married in the Arctic Room at the Georgia Aquarium in Atlanta after getting introduced by talent manager Danny Estrada, US Weekly reported.