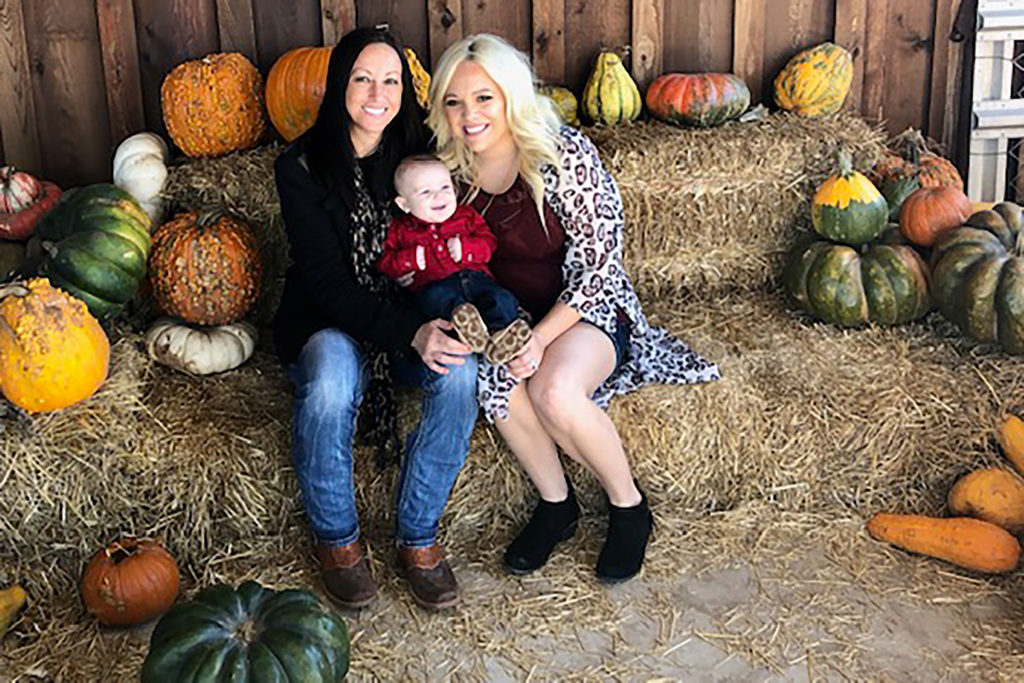 Ashleigh and Bliss Coulter with their son Stetson

A Lesbian Texas couple are the first to both carry their child to term in a new innovative IVF procedure, ABC news report.

When Ashleigh and Bliss Coulter married in June 2015, they knew they wanted to have a family and went to several doctors to achieve a unique type of pregnancy. While Bliss had no interest in carrying a baby full term, she wanted to be involved, she told PEOPLE,though she didn’t think “the technology and science just wasn’t there for that.”

But it was close.

The couple used a new device called INVOcell  which blended a sperm donor’s sperm with Bliss’ eggs in a chamber in the device. The device was implanted into Bliss for 5 days.

“She got the embryo off to an early start,” Fertility specialist Dr. Kathy Doody at CARE Fertility in Bedford, Texas, told ABC news channel 8  WFAA of the IVF process called ‘Effortless IVF‘. “The eggs fertilized in her body and when they returned five days later, we removed the device and froze the embryos.”

Soon after, those embryos were transferred into Ashleigh’s body, and she became pregnant on her first try.

“I had a great pregnancy,” Ashleigh,  who gave birth to Stetson on June 4, told PEOPLE. “I miss being pregnant.”

INVO Bioscience , the manufacturers of the medical device  granted FDA clearance announced the news of the first successful pregnancy using an Intravaginal Culture System, INVOcell™ where both partners of a same-sex couple were able to carry the baby in separate phases of the pregnancy – from the fertilization of the egg and development of the embryo to the birth of the child, in a news release.

The company “is dedicated to increasing access to care and expanding affordable fertility treatment and patient care across the globe”, Lori Kahler, VP of Global Operations, INVO Bioscience said in the statement shared with Bellyitchblog.com. “For many couples struggling with infertility, access to treatment is often not possible. Financial challenges, limited availability of specialized medical care, religious, social or cultural roadblocks can prevent hopeful parents from realizing their dream to have a baby.  Our mission is to help realize these dreams.”
The key features and benefits of the method include a  more natural and stable incubation environment in the woman’s own body,psychological benefits to patients by promoting greater involvement by couples, and lower cost of fertility treatments by approximately 50% compared to traditional IVF treatments.