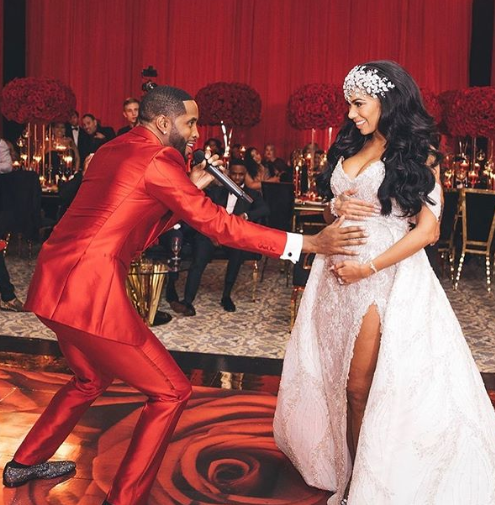 “These past 24 hrs have been an adventure to say the least!!” the brand new doting dad captioned a photo of his daughter holding onto his finger he posted on Instagram announcing the news. “I’m a part of the #girldad club now ??. Perfection is here ❤️”

These past 24 hrs have been an adventure to say the least!! I’m a part of the #girldad club now ??. Perfection is here ❤️

Mena later shared a photo of Safaree  loving on his newborn.

The couple married last October 2019 in a lavish ceremony in Atlanta. He is best known for penning several songs for his ex Nicki Minaj. He is from the Hollywood permeation of the hit VH1 reality TV series and she from Atlanta.

Just here staring at my husband as he obsesses over our daughter ♥️??? I thank God. I prayed for this life.

“Just here staring at my husband as he obsesses over our daughter ♥️??? I thank God,” she captioned the sweet photo. “I prayed for this life.”

Earlier in the day, she revealed that the newest addition to their family is a rainbow baby, a baby born after a loss such as a miscarriage or still born. Mena has 12-year old son named King from a previous relationship.

While pregnant, Mena displayed the cutest style which featured a lot of animal print!

Being patient? Waiting for our Daughter like …………… @fashionnova #FashionNovaPartner

You are pregnant and you are powerful. You are bold and you are beautiful. Go forward in your boldness, in your beauty and in your contentedness. Trust your body to birth and know that the collective power of women worldwide will be with you ✨? 9 months captured by the great @lolamelani

@fashionnova #FashionnovaPartner Yesterday’s attitude- Back on ?

@honeybum – Everybody leave me alone. I’ve had a busy day being pregnant and I have to do it again tomorrow. ?

And in wedding dresses?

I never thought I would have another baby solely because I didn’t wanna do it all again alone. God said YES thirteen years later. ✨??? Custom robe @lelaurier ? @StanLoPhotography

The original plan was to keep her all to myself and reveal her like this ? Custom head piece made by @bridalstylesboutique ✨? Dress @ryanandwalter 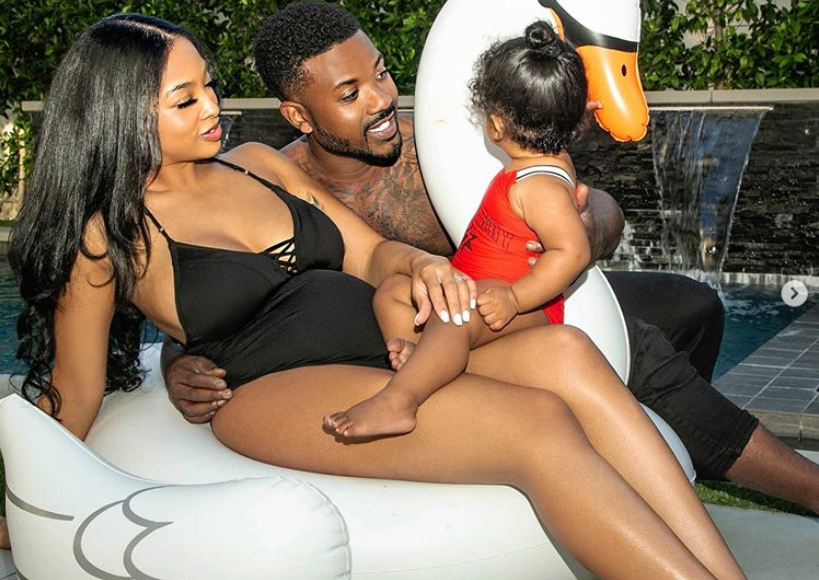 Congrats to singer, entrepreneur and reality TV star Ray J Norwood and his wife Princess Love on expecting their second child together.

“Baby #2 on the way! @MelodyLoveNorwood your[sic] about to be a big sister! #Godisthegreatest@princesslove Baby #2 on the way!” the Love & Hip Hop: Hollywood star captioned a photo of himself with his wife and daughter on a floatie with Princess looking quite preggers in the photo.

Mom shared the same series of announcement photos on her page.

The couple married and welcomed their first child Melody Love last May 2018. Ray J starred in a short run reality TV show with his famous singer/actress sister Brandy Norwood and recently sold his scooter business to a Canadian firm for a seven-figure deal. 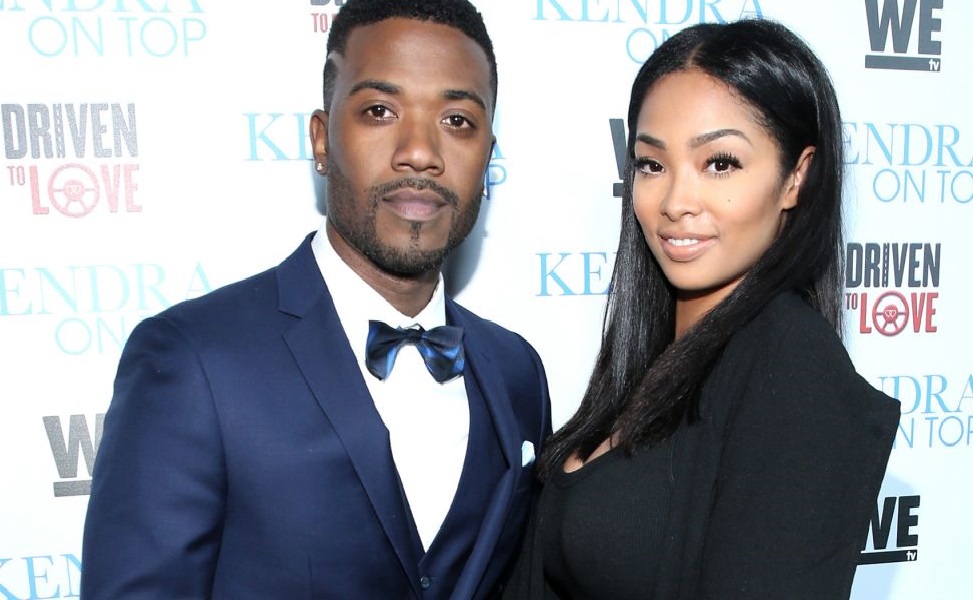 Recording Artist and TV Host Ray J and his wife Princess Love Norwood are expecting their first child together!

Ray J announced the news during a co-hosting guest appearance on the FOX syndicated daytime talk show The Real today.

“Love is on my mind. Love is in my heart. Princess and I are expecting,” the WETV host pf the reality TV show Driven to Love of told show panelists Adrienne Houghton, Loni Love, Jeannie Mai and Tamera Mowry-Housley.

“We were trying for a while. It’s not as easy as people think,” Ray J said during his  appearance. Watch:

After the For the Love of Ray J star blasted the good news, his wife and Love and Hip Hop: Hollywood co-star announced the news on her Instagram account today to her 1.3M fans and followers.

“It’s such a blessing from God to be able to carry our child,”. she shared. “We kept this to ourselves until after the first trimester because it’s bad luck to announce too early. But we’re so proud to share this journey with you guys. Thank you for all of the love and prayers ❤️”

It’s such a blessing from God to be able to carry our child. We kept this to ourselves until after the first trimester because it’s bad luck to announce too early. But we’re so proud to share this journey with you guys. Thank you for all of the love and prayers ❤️

The couple, married since August 2016, had been having fertility struggles.

It was part of their story line on the hit VH1 franchise show. This will be the first child for both of them.  RayJ is the sibling to one of our original Bellyitch Bumpwatch moms, singer and actress, Brandy Norwood.