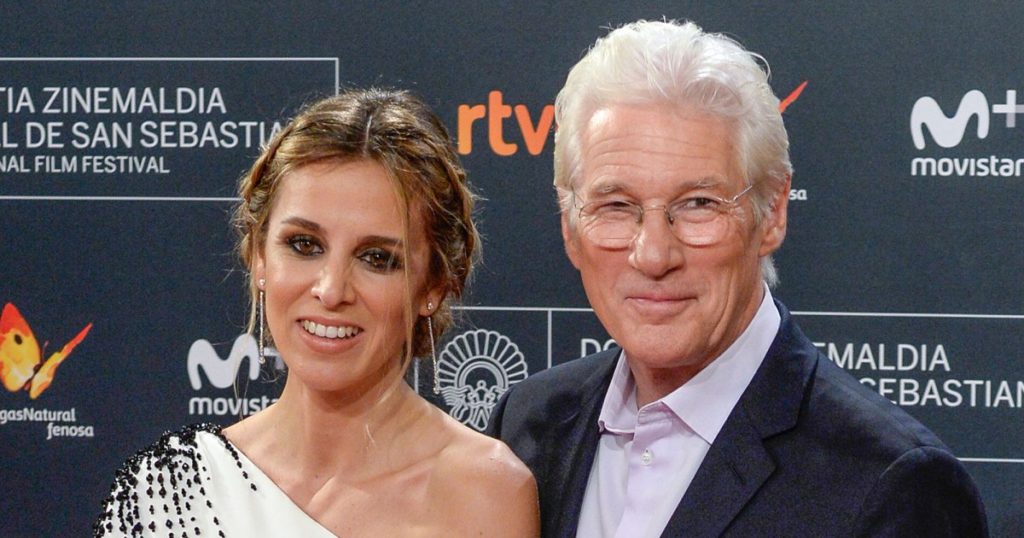 At a time when people are giving 47 year old singer-actress Jennifer Lopez a hard time for dating 30-year old rapper Drake, you have male celebrities in their 60s to 70s having babies with women in their 30s and no one bats an eye.

The latest in this latter genre is Independence Day: Resurgence star Jeff Goldblum who is 64 and expecting a second child with his 34-year old dancer wife Emilie Livinston.

“Round and round we go! I’m 15 weeks pregnant in this shot and I’m SO excited for our newest addition to the Goldblum family, arriving early April!!! #growingfamily #love.”