Lil Kim had her baby shower this weekend at the Broad Street Ballroom in New York City. The lavish, ornately decorated and extravagant affair was designed by TV host David Tutera and filmed for his WETV show “CELEBrations” which will premiere this summer on August 1 at 9pm.
Perhaps it was a Games of Thrones/Royal Baby Shower theme as medieval court buglers dressed the part and announced the Queen Bee’s arrival in a detailed jeweled gold bump hugging evening dress.

The color theme was variations of royal purple and gold.
Some of the celeb guests attending the event included several reality TV show vets of yesteryear including Hip Hop rap pioneer  Sandra “Pepa” Denton from the 90s female rap group Salt n Pepa and theVH1 show Let’s Talk About Pep and The Surreal Life and Tiffany “New York” Pollard from the VH1 shows I Love New York and Flava of Love.

Of course her child’s father “Mr. Papers” was in attendance at the co-ed event, as well baby’s god dad Fred the Godson and rapper Juelz Santana, Single Ladies actress Lisa Raye, Love and Hip Hop New York’s Kimbella Vanderhee.
Her fans and some guests to the red-carpet affair shared some early pics and videos of the event and arrivals on their respective social media accounts. 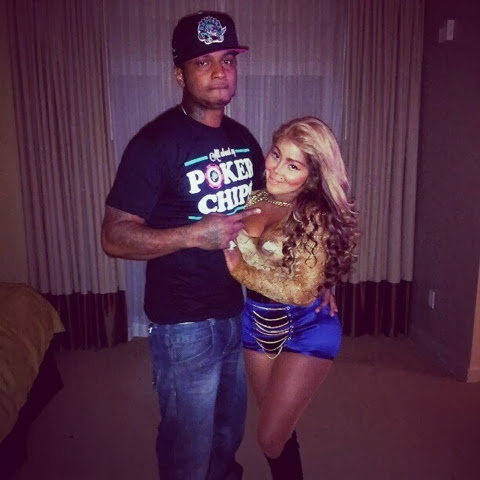