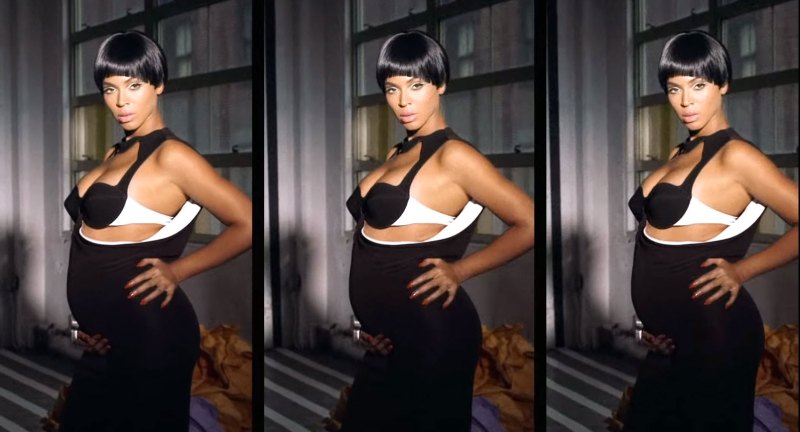 Updated this post because it is trending again after US Magazine did a spread with a roundup similar to the one I did three years ago and since it looks like they cribbed mine, I’m borrowing their graphic above! lol

A long time ago, women were hidden away when pregnant and certainly, they weren’t flaunted in the media or music videos.

In modern times, beautiful pregnant women are featured prominently as with a very 9-month pregnant Natalie Portman, days before giving birth in the music video for James Blake’s  song “My Willing Heart,” released on Monday.

Before then, Canadian -born artist Deborah Cox showed off her 3rd trimester belly in the later frames of her “Beautiful U R” video” which is also about female empowerment and self esteem.

Finally, Whitney Houston, was also uplifting women in her remake of Chaka Khan‘s “I’m Every Woman” and was pregnant with her daughter Bobbi Kristina. (RIP to both of them)