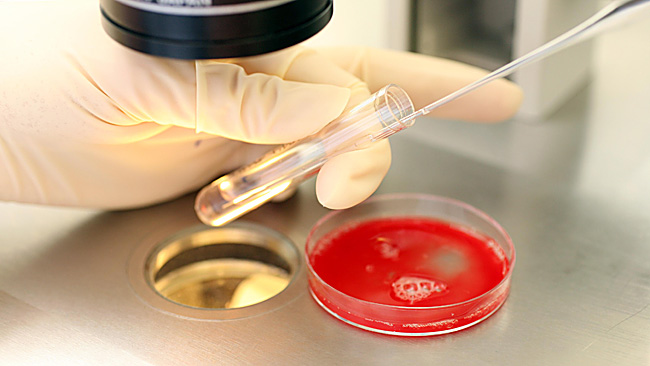 A new Yale research study found that women who undergo IVF after struggling to conceive and those who do so to become a surrogate for money have different experiences.

The study, published in the journal Social Science and Medicine compares the physical, emotional, and cognitive experiences of women undergoing in vitro fertilization (IVF) to become pregnant or to donate their eggs for money.

The researchers found that there is a direct correlation between the intensity of a woman’s bodily experience and her reason for harvestingt eggs.

Rene Almeling, associate professor of sociology and lead author on the study, explains that one goal of the study was to assess whether different motivations for undergoing the same medical intervention affects bodily experiences.

“We were trying to determine if why they want to do it and what they hope to get out of it produces variation in how it feels,”  Almeling says.

The researchers surveyed 50 IVF patients and 62 egg donors from the United States. They found that IVF patients described the experience to be all-consuming and painful, while egg donors who underwent the exact same regimen described it as less intense.

“To our knowledge, this is the first explicit comparison of bodily experiences based on individuals’ reasons for undergoing an elective medical intervention,” says Almeling. “We suggest that the intensity of one’s bodily experience is associated with one’s reason for producing eggs — either to become pregnant or to donate them for money.”

Scientific researchers and medical professionals should take into consideration an individual’s end goals as a potential factor in how they will experience medical interventions, notes Almeling. Another example of the same medical procedure being done for different reasons is mastectomy (breast removal surgery) to prevent cancer, treat cancer, or transition genders.

The Yale study also reveals that just looking at physical pain scores can be misleading. The researchers applied a statistical method called cluster analysis, which demonstrated that bodily experience is the result of physical, emotional, and cognitive processes.

“Decades of mind/body research suggest that bodily experience really is a combination of physical pain, stress, and how much cognitive effort people are putting in. And that looks very different for IVF patients who are spending tens of thousands of dollars trying to have a child versus egg donors who are not trying to get pregnant and are being compensated for their efforts,” notes Almeling.

Comparative analyses of bodily experiences are not only of theoretical interest to social scientists, there are also practical implications for clinicians, Almeling says. “In the case of IVF, patient fact sheets can be tailored to indicate that women producing eggs for different reasons may have more or less intense bodily experiences, particularly if it is their first cycle.”