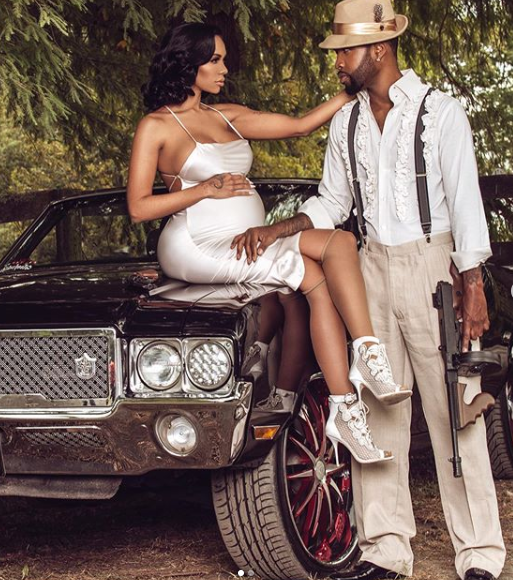 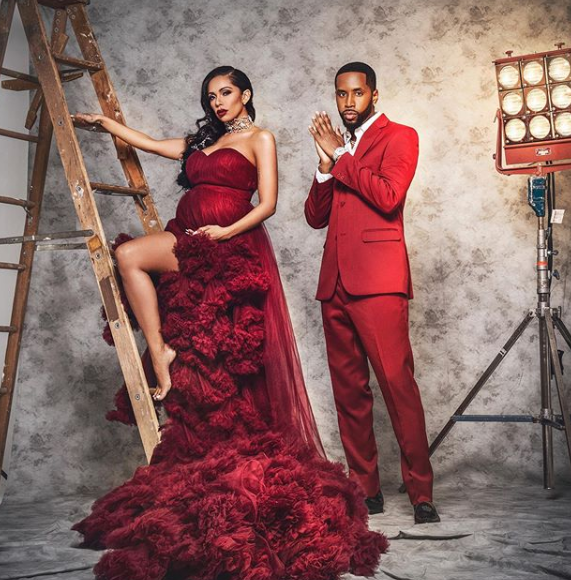 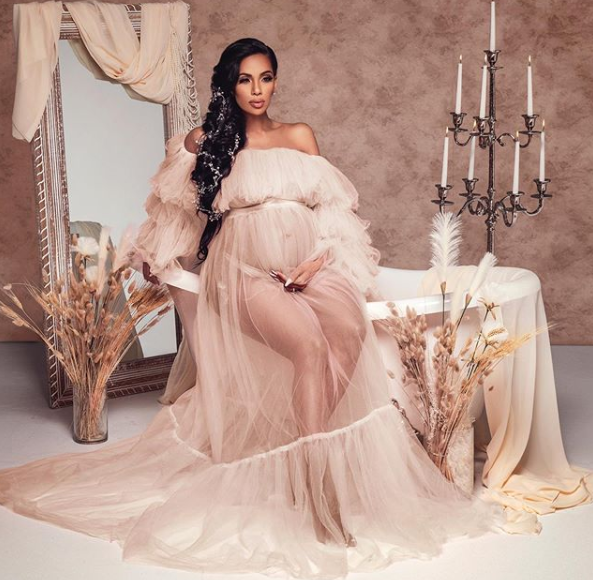 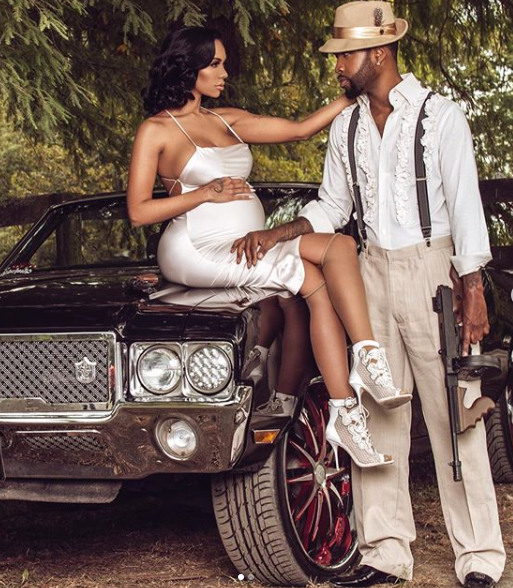 VH1 Love and Hip Hop stars Erica Mena and Safaree Samuels are preparing for a wedding and to welcome their first child together, but they still made time to pose for a glamorous roaring 20s speakeasy themed maternity photo shoot.

Mena shared some photos from the shoot last week and more elegant thematic ones more recently. In the newer photos, Mena sits on a vintage car in an off white slip dress, her hair in traditional waves common of that era.

Her fiance and co-star rapper Safaree looks dapper in a white shirt with tan wide bottom pants and overall while toting a vintage rifle common with that age in time.

It’s super cute! Here are a few and head over to their accounts for more

If I could turn back the clock. I’d give you a chance sooner and love you longer ♥️ @mr_guerra x @blu_gem_ – @bridalstylesboutique @messiahstylist

VH1‘s Love and Hip Hop star Amina Buddafly announced she is expecting to deliver in July and recently looked super  cute in a periwinkle colored sleeveless bump-hugging dress while attending the Hollywood movie premiere of Meet the Blacks recently at the ArcLight theater earlier in the month.

Buddafly, who is married to show co-star “Peter Gunz” Pankey, announced the baby’s gender on Instagram.

“Everyone asking me about maternity pics. I’m just over half way there I got a long way to go,” she captioned a photo. “#julybaby” like big sister Cori.

The songstress recently had a gig and wore a flowing maxi dress which complemented her well. She also shared a clip from the performance, singing a tune from her latest album.

But first… Some #ivypark shopping

She and Gunz are expecting a son they have decided to name Bronx. He will be the couple’s second child together. They have a daughter named, Cori, who turns two in July.

Love this pic from the other day at #springfamilyfest thank u @mskateegrace ??