Carrie Underwood looked radiant right before taking the stage at the Grand Ole Opry Saturday, December 13, singing her hit song “Before He Cheats”  and her new single “Something in the Water.”
The gorgeous mom-to-be who is expecting her first child with husband Mike Fisher captioned the above photo from the the event, “So much talent tonight at the @Opry,” she tweeted. “The ladies were bringing it! @KaceyMusgraves @KreeHarrison @ClaraHenningse.”

The multi-platinum-selling and award-winning looked fab in a long sleeve black mini dress, with smokey eyes and loose ringlets. 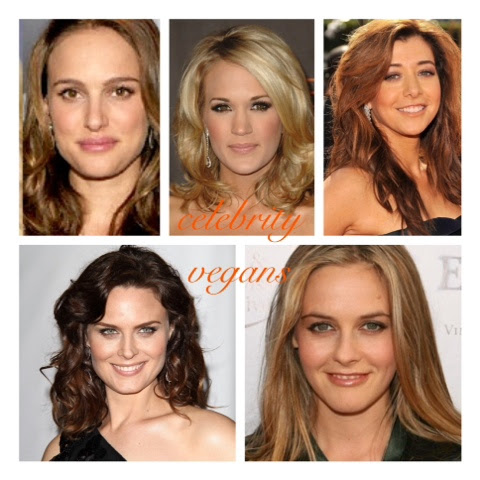 Carrie Underwood is following in the footsteps of past vegan celebrities who became pregnant Natalie Portman and  Alyson Hannigan.

Like them, Underwood has adjusted her diet and became vegetarian presumably to ensure the baby she’s incubating is adequately developed and not hindered by her diet choice.
Hannigan actually started eating cheese and meat temporarily while pregnant, Celebrity Baby Scoop reports.
And Underwood, a former American Idol winner & multi-award winning singer said she plans to go back to veganism after baby arrives.
“With pregnancy, I am definitely going more on the vegetarian side, but as soon as I am not pregnant anymore I will go back to being vegan,” Underwood has said.  “I don’t think I am craving anything too crazy. I try to keep it as healthy as possible and try to take care of myself.”
Alicia Silverstone and Emily Deschanel famously stuck with their veganism thru their respective first pregnancies and both delivered healthy babies. To each its own. Your thoughts? Do you think it was wise for Underwood to switch to vegetatianism from veganism while pregnant?
0 comments

Going on NOW! Tune in to HBO to peep two of our Bellyitch Bumpwatch moms Jennifer Hudson and Carrie Underwood perform during the first of its kind Concert for Valor to honor US Veterans for Veterans Day today going down at the National Mall.

Other performers include Bruce Springsteen, Rihanna, Metallica , the Zac Brown Brand, The Black Keys and more.

Or if you don’t have HBO you can Watch it LIVE on the event’s website HERE:

So….while I wasn’t that crazy about mom-to-be Carrie Underwood‘s red carpet look last night at the Country Music Association‘s 48th Annual CMA Awards went down last night, November 5th at the Bridgestone Arena in Nashville, Tennessee.
She did redeem herself in a variety of looks, totaling about 10 altogether while presenting with Brad Paisley including a gorge crimson one shoulder draped gown, a playful blush baby doll empire waist dress, a cute shimmery silver minidress, a flowy  Scarlett Ohara powder blue gown and an elegant sequined midnight blue evening dress.
Kudos mama! Underwood and her husband Mike Fisher are expecting their first child together. The couple announced the pregnancy this past September. 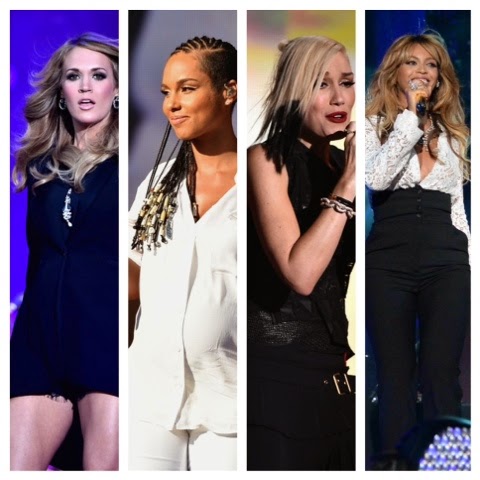 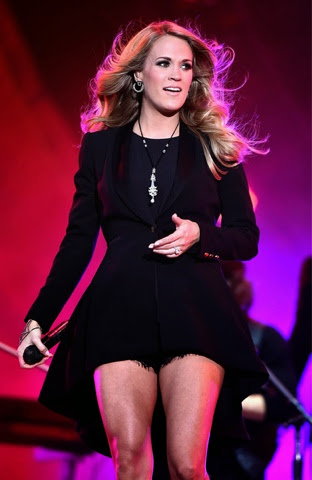 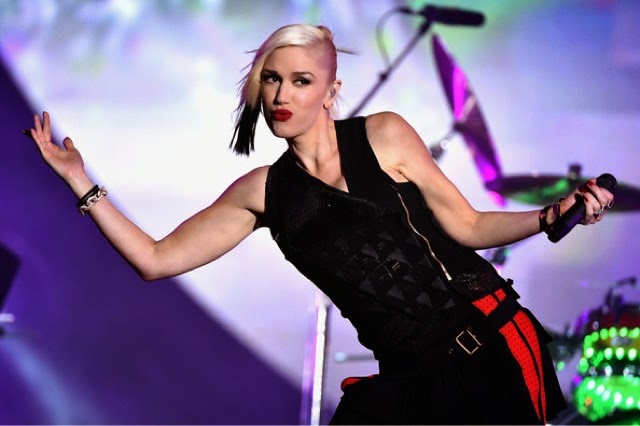 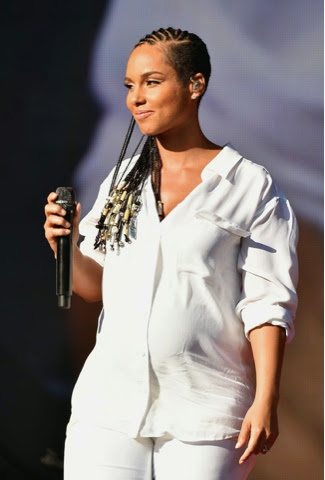 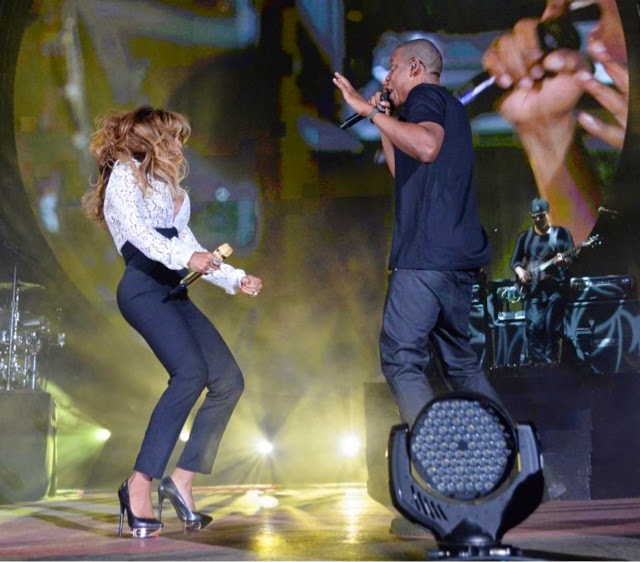 On Friday’s TODAY, Carrie Underwood dished on how excited and geeked she is about becoming a mom soon.

“It’s kinda weird, to be honest,” she said about being pregnant “sometimes I’ll be with my husband and I’ll be like ‘I’m gonna be a mom and you’re gonna be a dad – Is this real life???'” The country star went on to say, “but we’re really excited.”

SEE the complete video below:

Visit NBCNews.com for breaking news, world news, and news about the economy

If you want to playfully shield a burgeoning bump from onlookers -because you haven’t announced your pregnancy yet, or you have but want to avoid bump gawkers, do like Carrie Underwood did when she accepted the Gene Weed Special Achievement Award at the 8th Annual ACM Honors at the Ryman Auditorium on September 9, 2014 in Nashville, Tennessee.

Go with a peplum top or a dress with a peplum waist element to it to shield the belly. It worked well for Underwood, who recently announced she and hubby Mike Fisher are expecting their first child together.

Here are ways to do it:

Congratulations to Carrie Underwood and her husband Mike Fisher who are expecting their first child.
The American Idol star announced the news on her Instagram account on Monday, September 1.
“In honor of ‘Labor’ Day, Ace & Penny would like to make an announcement. Their parents couldn’t be happier…” the multi-award winning singer wrote in the caption. The couple’s dogs wore cute pink and blue t-shirts announcing “I’m going to be a big sister” and “big brother”.
Cute!

While Gilbert was giving her speech after being presented by Long and others, she was interrupted by a random dude who crashed the stage to promote his album.

“Wow. Thank you so much! This is amazing,” the new mom started. “I think we think of ourselves as kind of the oddballs of TV or we’re like a motley crew…” She stopped short before the stage crasher grabbed the mic.

The guy, Zicario Nicasio, was charged with a misdemeanor, E! reports.

Sonequa Martin-Greene of The Walking Dead, turned 30 on Saturday, March 21

Reese Witherspoon, Academy-Award winning actress, turned 39 on Sunday, March 22
We know you ladies rang in your new years fabulously and in style! Muah!!