Zoe Saldana doesn’t want you to invite her and her kids over your house for a play date. Well, if you were friends of hers and had kids close to age as hers and were so inclined anyway.

The Guardians of the Galaxy star declared that she wouldn’t want her twin boys Cy and Bowie to be restricted.

“Our kids are free,” the Avatar actress told PEOPLE magazine.  “We’re rambunctious. We’re a loud family, and we don’t stop from 5 a.m. to 9 p.m. And literally, we just don’t have any play dates. You can always come to our house, our doors are open. But we don’t ever want them to be exposed to negligence, or to someone getting angry with them for just being boys.”

Saldana and her husband Marc Perego recently welcomed a third child, son Zen, to the family. She rarely shows photos of the boys’ face on her social media accounts, similar to how Beyonce, Kerry Washington, Blake Lively and Ryan Reynolds and other celebs have shielded their kids from public scrutiny and maintain the privacy of their kids who did not ask to be born into stardom. We can respect that, right?

Was reading an article in PEOPLE magazine about Zoe Saldana and how she said she cried everyday when she left her twins Cy and Bowie with her husband Marc Perego while filming Star Trek Beyond last summer. Saldana gave birth to the boys

“The first week back at work, I think I cried every day in my trailer,” she told the magazine exclusively. “But I remember as soon as they would tell me ‘We’re ready for you on set,’ I would still skip to set. I love what I do.”

It’s great when you get to do what you love, while still having the human and maternal emotion to miss your babies.

Because I am a glutton for punishment, I ran down to the comments and was quite shock to see comments from so many women who had no sympathy for her because she is a rich celebrity.

“Zoe seems like a nice woman and I wish her, her husband and her boys the best,” a commenter named Meena penned. “However, while I am sure it was hard to go back to work, Zoe had options. Most women go back to work because they have to. So, it is hard for me to relate to someone who could never work a day again in her life and the lights would still be on and the food would still be on the table.”

“I think she most likely is a lovely person. However, she probably doesn’t HAVE to work,” another commenter named Sarah replied. “Some moms leave their 6 month olds because if they don’t, there is no grocery money or coins for the laundry, or house insurance, etc. Literally. She works because she loves it, and that’s great. But she doesn’t HAVE NO CHOICE but to go to work. Personally, if I had that much money, I’d never leave my kids at that age. Work to live, not live to work. My 2 cents.”

I was glad to read a few empathetic ones come to her aid and relay my feelings on the matter.

“Wow you guys are so mean! So what if she’s filthy rich…that doesn’t change the fact that ALL moms miss their babies when they go back to work, or leave them for a short amount of time. This mom shaming crap has got to stop!” Tam stated.

And I think Hea hit it on the money, when she wrote:

She has a contract so she has to work. Same as everybody else who’s employed. Hollywood and the entertainment business depend on actors and actresses performing. I for one appreciate that my favorite performers stay in the business despite having kids. I take great pleasure in their work and I appreciate their talents and efforts.

As a mega fan of the 2009 blockbuster James Cameron hit film Avatar, I was mega geeked to see the movie’s star and our Bellyitch bumpwatch alum Zoe Saldana pose with a life-sized bust of her character in that film, today.

“Discussing new @officialavatar details… shhh ;),” the actress captioned the photo posted on Twitter of herself whispering into the ear of the Na’Vi “Neytiri“.

The Guardians of the Galaxy  star and mom to twin boys, Cy and Bowie,  has already confirmed since last year that she will be returning to all of  the three-planned sequels, as will her co-star Australian Sam Worthington, the Human-turned-Na’Vi, Jake Sully.

According to IMD, the movie is scheduled to be released Christmas 2017. (sigh) Such a long wait, but it should be worth it!

Congratulations to Avatar‘s Zoe Saldana on the birth of her first and second child with husband Marc Perego.

These are the first children for the couple who married last April 2014.
“Our boys Cy and Bowie are finally here,” she tweeted. “Marco and I wanted to thank you for your beautiful wishes and for your patience,”

Happy #2015 ! Starting our #NewYear with a fullhouse. Our boys are finally here! Thank U 4 all the beautiful wishes! pic.twitter.com/zi9sViHorN
— Zoe Saldana (@zoesaldana) January 2, 2015

So sweet! Congrats!
She joins the ever growing celeb moms with twins club! Welcome to parenthood! 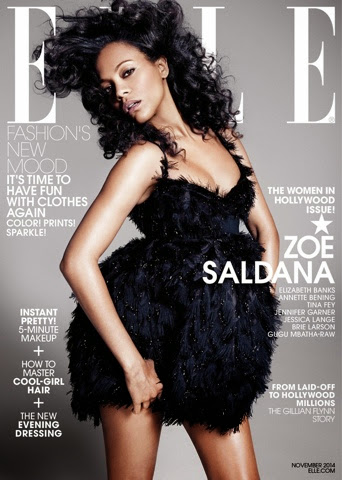 Mom-to-be Zoe Saldana looks absolutely radiant covering the November  issue of Elle magazine in a black feathered mini dress with her hair dyed jet black, glossed and teased out for an edgy look.
The Guardians of the Galaxy star is also featured inside the magazine’s special “Women in Hollywood” issue on a flowing black gown. 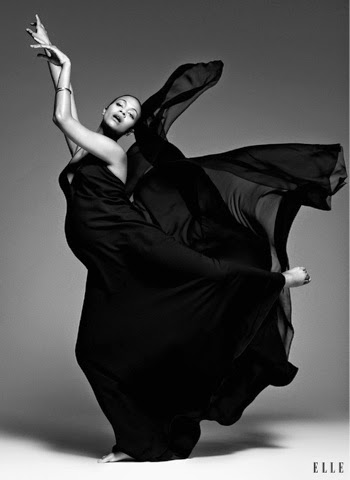 Saldana and her husband Marco Perego are expecting their first kids, twins!
0 comments
Yesterday, actress Zoe Saldana confirmed that she is expecting twins while attending the Academy of Motion Picture Arts and Sciences’ Hollywood Costume exhibit in Los Angeles on Wednesday, October 1.
When the E! News red carpet reporter asked the Guardian of the Galaxy star if she planned to dress up for Halloween, she replied, “I might need three costumes. I might have to make some adjustments, but it would be nice.”
Saldana confirmed her pregnancy with her husband Marco Perego this past July.
Congrats!!
photos: Instagram

First time mom-to-be Zoe Saldana and new mom Kerry Washington were on their charity and good-doing game this week.

Kerry Washington, shared a photo of herself in a shirt with the words “It’s on Us”, a new campaign the Obama administration is promoting that encourages men and women to stop sexual assaults, especially on college campuses where it is a wide-spread occurrence.

Meanwhile, Saldana (seen above with her sister Cisely Saldana) was honored, among other Latino and Hispanic visionaries, at the Hispanic Heritage Foundation gala  at the Warner Theater in Washington, DC this Thursday, September 18 and given the Vision Award for her contributions to the Latino community.

Now you can get the Look at a much lower price point in this Vince Camuto dress, Chois clutch and Michael Kors sandals.