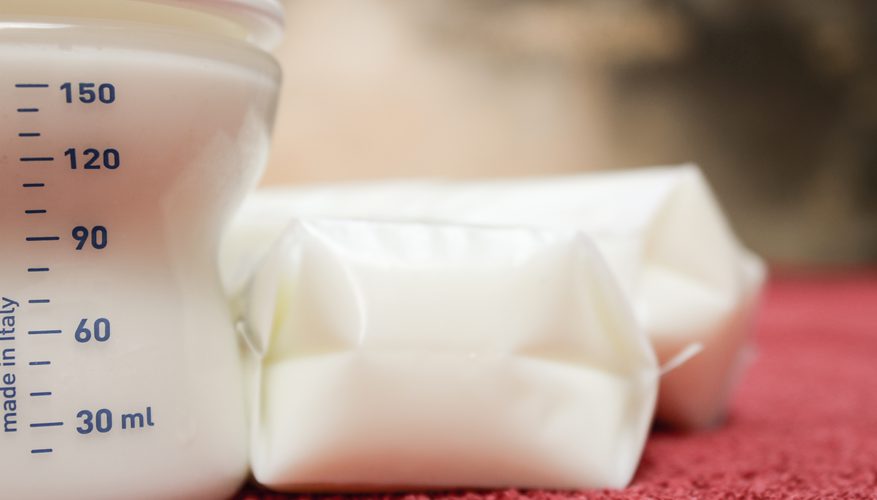 The World Health Organization asserts that “breast milk is the ideal food for the healthy growth and development of infants,” encouraging new mothers to exclusively breastfeed their babies for the first six months of life. When new moms work outside of the home, however, many opt to pump and store their breast milk so that nannies and other childcare providers can continue providing their child with the most nutritious possible food source during this crucial time. These nannies are then tasked with the responsibility of properly handling the bottled breast milk, and understanding the best methods for storage.

The La Leche League International, a leading breastfeeding advocacy group, suggests that breast milk be stored in two to four ounce amounts in order to minimize waste by either freezing or refrigeration. While frozen milk remains fresh for up to six months in a deep freezer, refrigerated milk used within eight days retains more of its original anti-ineffective properties.

Human breast milk that has been pumped can be stored at room temperature for up to six hours safely, but mothers are advised to refrigerate or chill their milk as soon as possible after pumping. Containers made of glass or hard plastic free from bisphenol A (BPA) with tight-fitting tops are ideal for storage after being washed in hot, soapy water and allowed to air dry after being thoroughly rinsed. There are also specially-designed freezer bags commercially available, though traditional food-storage bags aren’t recommended due to the possibility of rupture or leakage. Containers designated for freezer storage should not be filled to the brim, as the milk will expand as it solidifies.

Containers of pumped milk should be dated in order to facilitate use of older milk first, with the child’s name also included on the label if the pumped breast milk is intended for use in a daycare setting.

Before handling stored breast milk to prepare a bottle, nannies and childcare providers should carefully and thoroughly wash their hands to prevent contamination. Frozen milk may be thawed either in the refrigerator or by immersing the container in warm water; using a microwave to either thaw or heat the breast milk is strongly discouraged. This method can both destroy valuable nutrient content and create hot spots in the bottle that can scald the delicate tissues of an infant’s mouth. Bottles microwaved for too long may also explode under intense heat, wasting the milk and creating quite a mess.

Once breast milk has been thawed, it should never be re-frozen. Bottles that a baby doesn’t finish should be discarded, rather than saved; the risk of contamination is very real, despite the antibiotic nature of expressed human breast milk. For this reason, nursing mothers are urged to store milk in two to four ounce containers to minimize waste. Frozen milk should be kept near the back of the freezer, because the temperature tends to be the most constant in this area.

Human breast milk can vary in color and consistency depending on the nursing mother’s diet, so color isn’t typically an indicator of freshness. The Mayo Clinic also reports that breast milk that has been frozen and later thawed may have a different consistency, color, and odor than freshly pumped milk. Additionally, breast milk can often separate into two distinct layers of milk and cream; this separation is also not an indication that milk isn’t fresh. To reincorporate the milk and cream, simply shake the storage container gently or swirl it carefully until it’s combined again.

Breast milk can be warmed for feeding by placing the bottle in a bowl of warm water, or in a pan of water that has been heated but is not sitting on the stove. Test the temperature of milk before feeding it to their small charges to prevent burns and scalds due to overheated bottles. Commercially-available bottle warmers may also be effective tools, though microwave ovens are, once again, strongly discouraged.