Congrats to Bravo TV‘s Real Housewives of Potomac star Ashley Darby and her husband, restaurateur, Michael Darby on the birth of their first child, a son.

The athleisure wear founder shared the news of the arrival with her fans and followers on Instagram by posting a photo of her Michael holding their son in the hospital while she rested.

“I never thought this day would come,” Ashley shared with her fans.“When I learned I was pregnant, I started thinking about when I’d feel the first kicks,” she added. “Then, when I was feeling the flutters, I wanted to know when I’d finally start to show. After watching the bump grow, my mind went to birthing day (WILL THIS REALLY HAPPEN?!) And when the day finally came that this sweet child came into our world, it felt like the sunniest day after a sky filled grey. The most sensational day of our shared life. Mickey and I are savoring every moment with our wonderful son.”

Just six days ago, she shared a sweet Instagram post about making it to the finish line and reaching 40 weeks.

The couple announced they were expecting this past February after suffering a miscarriage which was part of their storyline in their hit reality TV show.

The story line also includes open discussions about their marital problems, near divorce, Michael’s strained relationship with Ashley’s mom, their disagreement about whether to have children and finally, this season, their reconcile and work on starting a family.

Congrats! No news on the name of the bouncing baby boy yet. 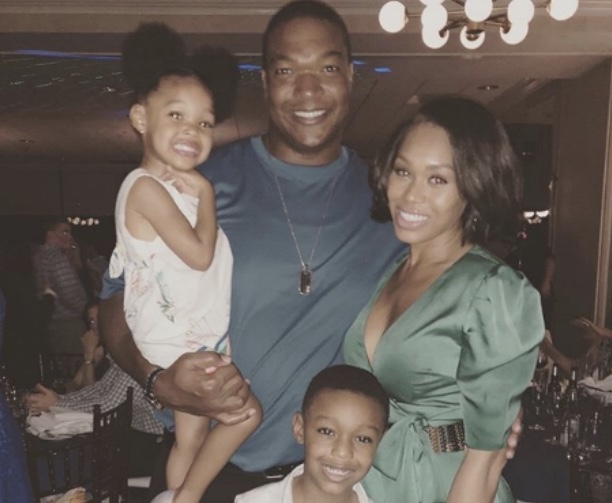 Real Housewives of Potomac star Monique Samuels is expecting her third child after suffering a miscarriage which was revealed on the hit Bravo Tv show.

The mom of two opened up about the loss never anticipated the outpouring of support on an April episode of the series, filmed the prior year.

“When I first shared my story, I didn’t even realize how many people had experienced miscarriages before,” she told PEOPLE magazine. “It was amazing to have that support and to realize that I wasn’t alone. And to show so many of these women too that they can get through this.”

Samuels announced that she and her NFL veteran hubby Chris Samuels are expecting another baby — due Dec. 3. But although Monique says she feels “blessed” to add another member to her family, she said the miscarriage has changed how she feels about her pregnancy.

She said she is more cautious and frightful that things could go wrong.

“It kind of haunts you,” she admitted to the site. “The first times I was pregnant, it came so easily. I took that for granted. Now that I’m pregnant again, it’s almost like I second guess everything that I’m doing. Even with movement. I’m making sure I’m not moving too fast so I stretch my stomach. It’s something I didn’t think about with my first two pregnancies.”