Rappers featured prominently in a roundup of pregnancy related news, including some unexpected and unusual references related to Drake and Lil Nas X’s respective album releases.

Kylie Jenner confirmed what’s been speculated for weeks: She’s pregnant with baby No. 2.

The Kylie Cosmetics mogul documented her pregnancy journey thus far in a moving video she shared on social media on Tuesday. The clip starts off with Kylie holding a positive pregnancy test. She appears to film boyfriend Travis Scott’s reaction to the happy news as he can be seen hugging her in the bathroom.

And the hip hop community had a few odes to pregnancy recently.

Rapper Cardi B and her husband Offset from the rap group Migos welcomed their second child, a son.

The “Up” singer shared a tender Instagram photo of her and Offset sitting on a hospital bed cradling their newborn. She captioned the photo, “9/4/21” with a set of three emoticons including a blue heart, dinosaur and tiger.

The couple’s 3-year old daughter Kulture Kari was born on July 18th after they secretly married in September 2017.

Similar to her first, Cardi kept most of her second pregnancy secret, this time revealing it this past June during a performance at the BET Awards in June.

British artist Damien Hirst designed the cover which Internet sleuths have stated looks to be a cross between the artist’s Spot Paintings with monochromatic canvases covered in rows of dots painted in complimentary colors and colourful dots and his work, sculptures of pregnant women is what seems to have inspired Drake’s CLB.

Rapper Lil Nas X stirred up some noise when he decided to do a maternity style photo to announce the birth of his latest album project. In photos, featured in a PEOPLE magazine spread, the “Montero” performer wears a prosthetic bump.

There was a lot of buzz and chatter over the social media display, including among women advocates who said it make a mockery of pregnancy, child birth and fertility struggles.

Maybe to difuse some of the hate, the “Old Town Road” singer invited expecting women to share a photo of themselves and their bump along with their CashApp account 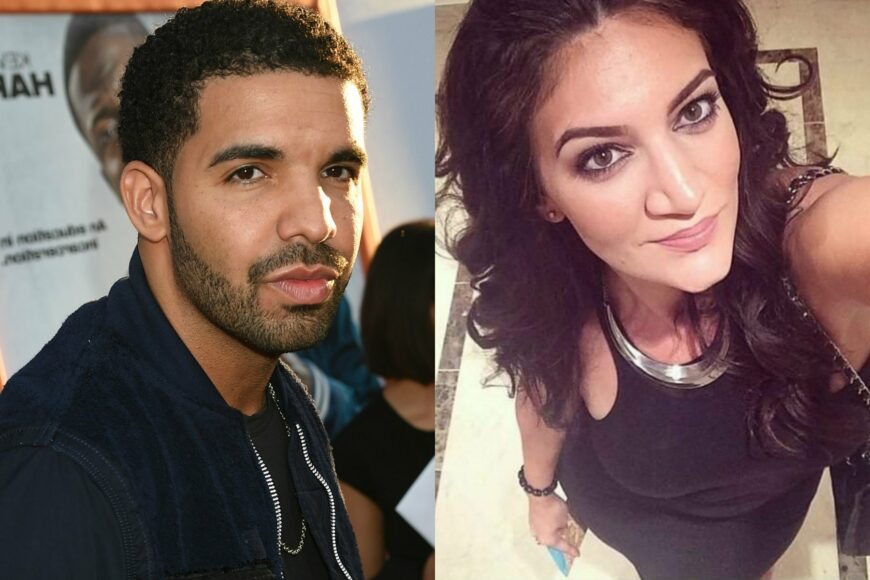 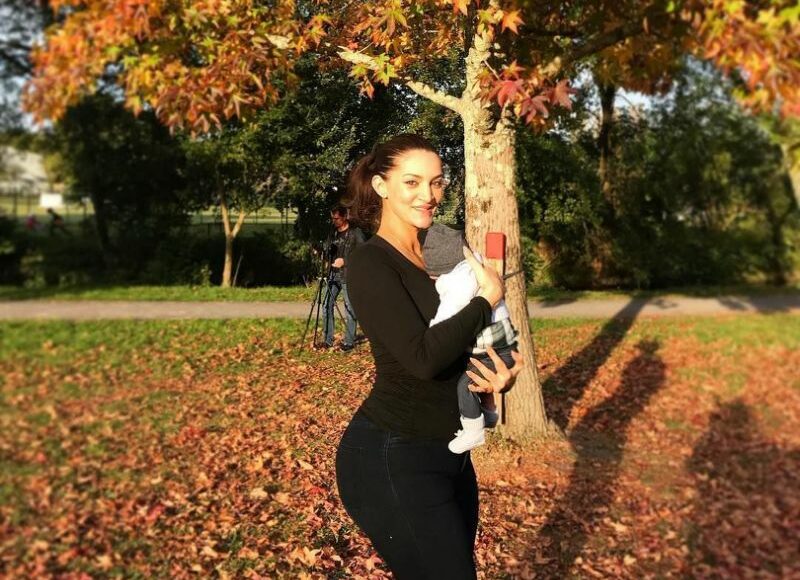 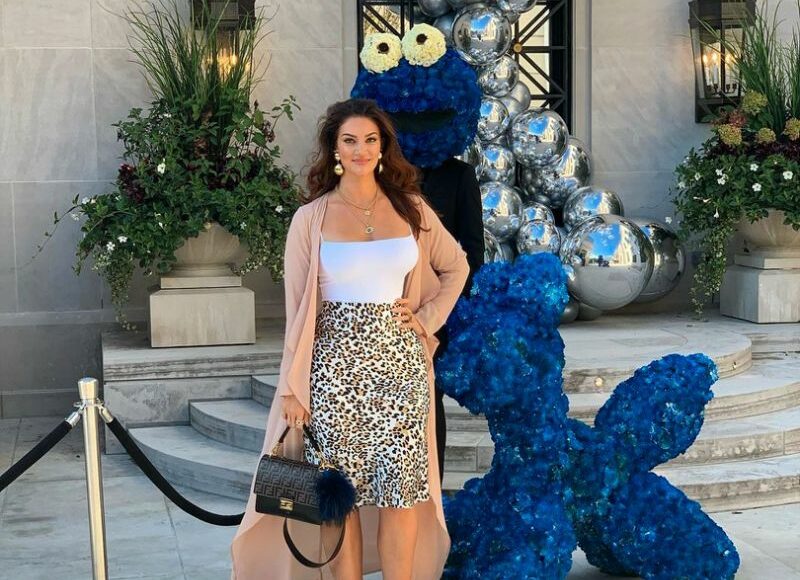 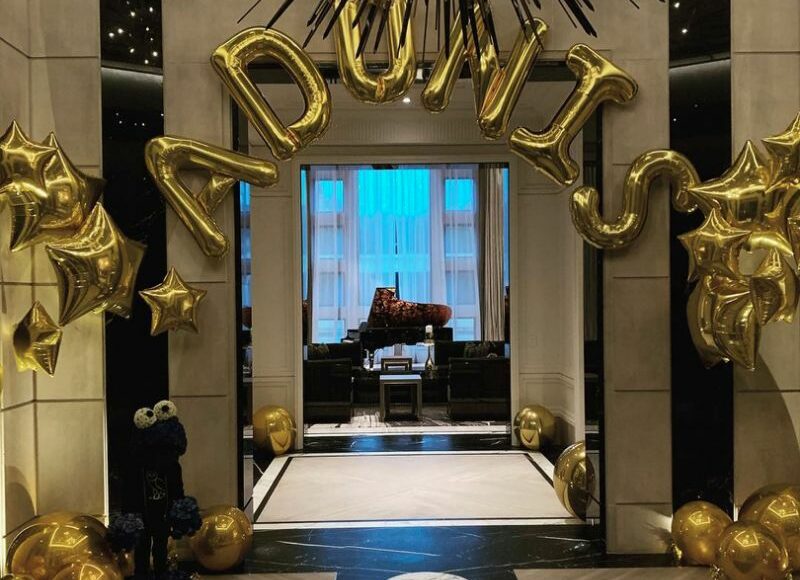 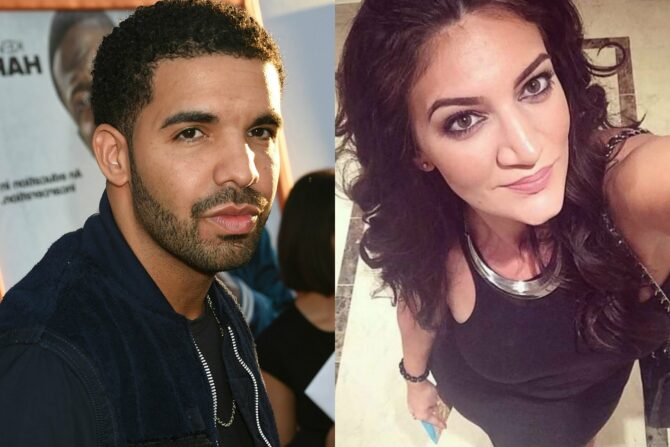 Internet sleuthing fans and the media figured out that rapper Drake and his ex Sophie Brussaux celebrated their son Adonis’ 2nd birthday together at Drizzy‘s Toronto mansion.

He posted a photo from the celebration event on his Instagram page which showed off large mylar balloons spelling out his son’s name with a tiny art rendering of Sesame Street character Elmo in the corner.

Around that same time, Brussaux posted the same photo and an outside portrait of herself standing in front of a floral Sesame Street charter Cookie Monster display in front of the outside of the mansion.

On his actual birthday, the visual artist posted on her Instastory a throwback pic of herself in a bump-hugging black dress with the caption,“Today, it’s been 2 years I was having 50-sec contractions every 3 min for 24 hours man…all worth it.”

The visual artist added: “Only a handful of weeks left, over 200lbs. Looks like I’m carrying twins, but I swear I’m not.”

She is extremely private about her son with Drake and usually displays of her colorful oil paintings featuring landscapes, stills and portraits of celebrities like Angelina Jolie, Angela Bassett, Amy Winehouse, Leonardo DiCaprio, Michelle Obama and Beyoncé.

It’s been less than one month since sources confirmed that pop diva Rihanna and rapper Drake are officially seeing each other and now we have learned exclusively that Drizzy didn’t wait to long to make sure Ri Ri could never return to his arch nemesis Chris Brown.

Sources close to the couple revealed to us that the couple were dating way before they let it be known publicly and are expecting their first child together already.

Rihanna recently performed on stage during Drake’s tour singing her part in the two duets they’ve done together. “What’s My Name” and “Take Care”
Now this would be shocking piece of news if today wasn’t the day it was and this wasn’t an

JOKE!
Did we fool you?