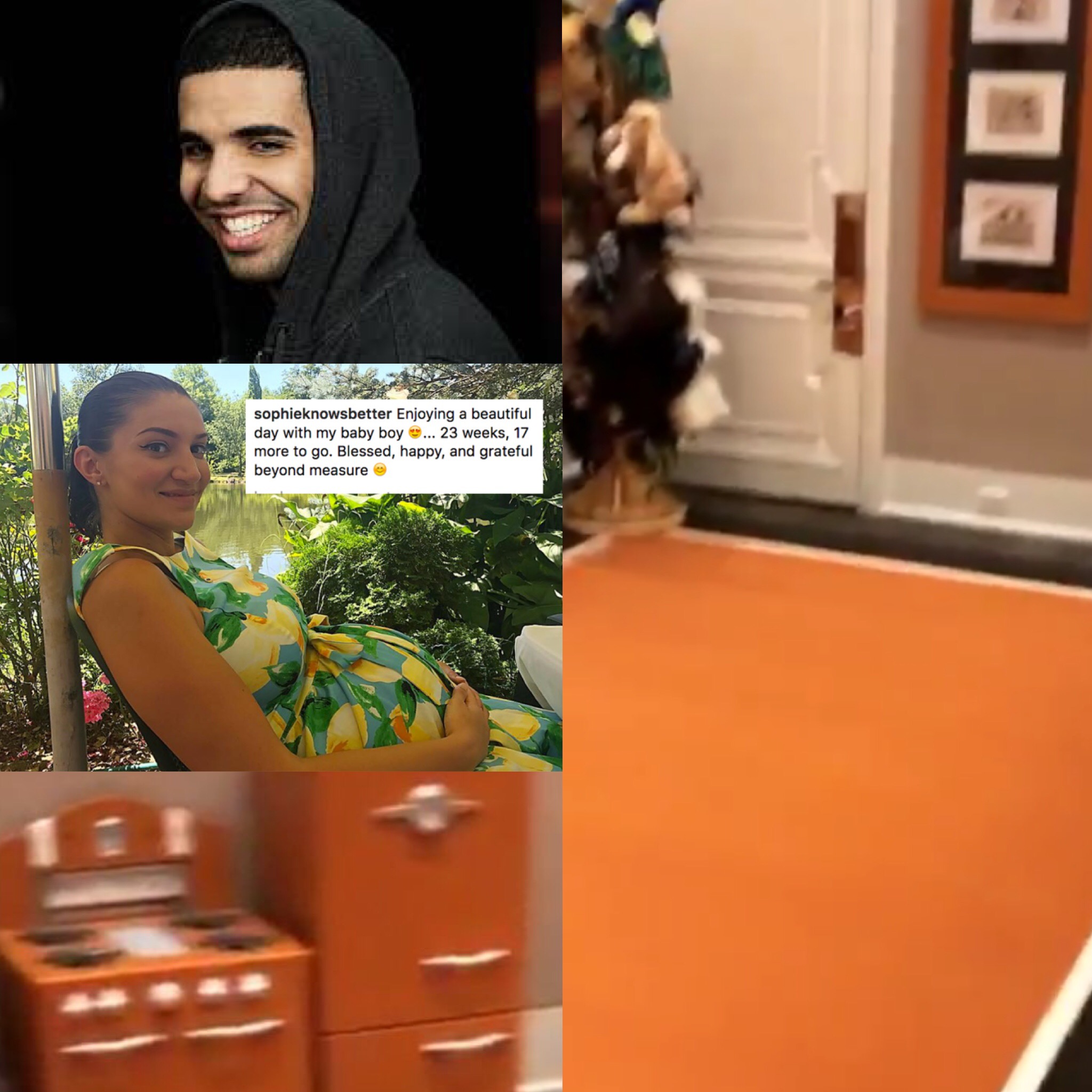 Over the weekend, October’s Very Own took his followers on an MTV Cribs like tour of the digs. What caught people’s eye were the stops along the way that featured a pretty swanky gender neutral playroom. 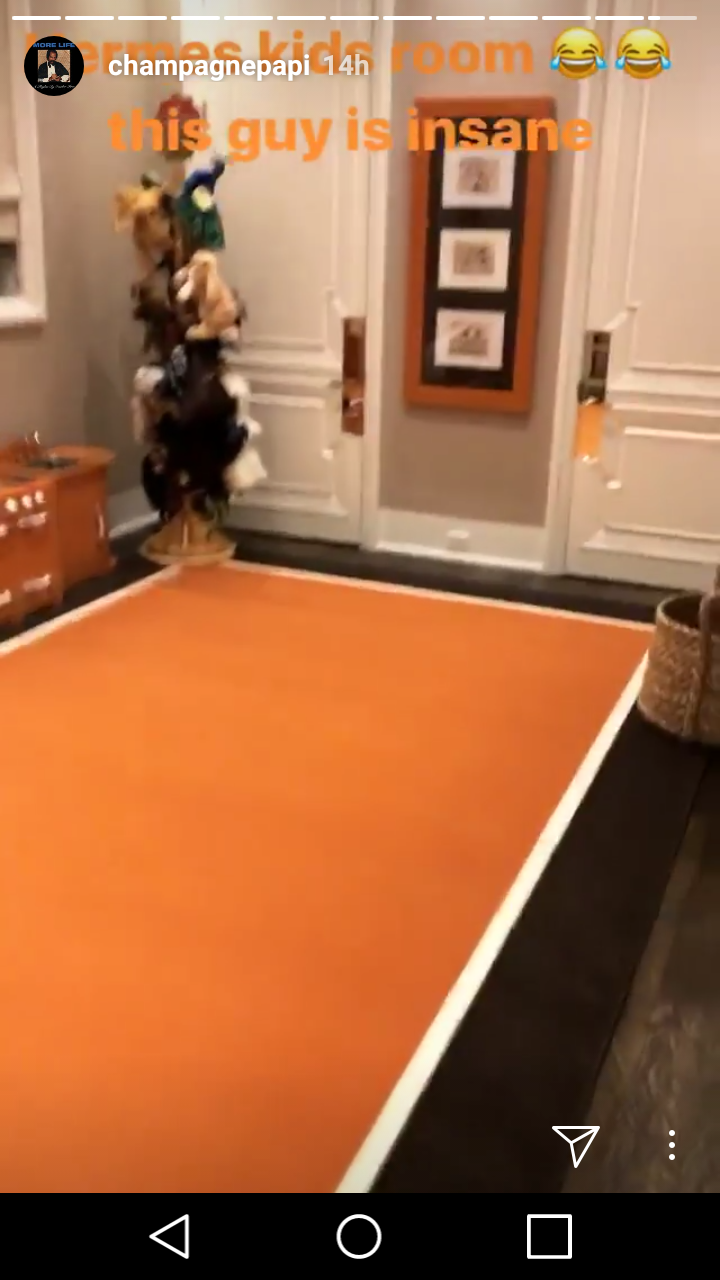 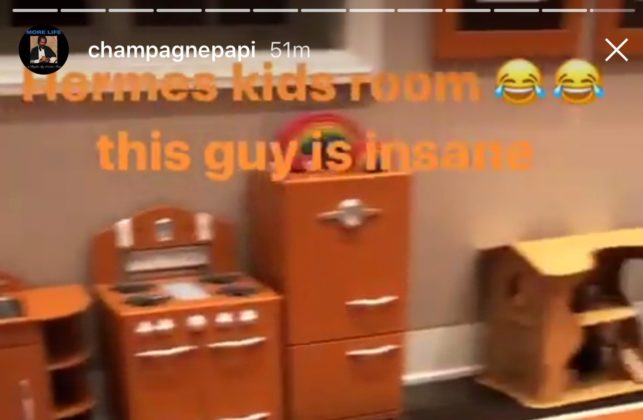 Meanwhile, Brussaux has been enjoying her pregnancy and getting showered by family and friends recently. Oh and it’s a baby boy!

Thank you to my AMAZING parents and friends for throwing me the best shower one can ever hope for! Words can't express the depth of my gratitude (for the shower but also your love and support) @aivilo86 @uptownights @valeg23 @lwenaferreira @nivesgadoni1 @davidgvdes + Instragramless beloved ones

The baby should be here by now because she posted on September 19 that it was three weeks to due date so….

Ok so about 3 weeks away from delivery date ???, my body has expanded beyond anything I could imagine, see the before and after ?… 35lbs extra and counting ??‍?. But I managed to dodge stretch marks thanks to a great homemade belly balm recipe given on a French aromatherapy website (@aromazone_officiel pour ceux qui connaissent), and it's way more efficient than any of these expensive creams you can buy that are full of water (which makes them cheaper to make). You need oily substances to prevent the skin from cracking. I wrote the recipe in English (3rd picture), but you'll have to convert the millimeters and grams into something you understand lol. Also drink a lot of water, and pray your genetics don't betray you…but my mom had crazy stretch marks and I don't have one yet ??. Rub at least twice a day from the beginning of the pregnancy but especially at the end. I hope it helps a few of you as much as it helped me ? 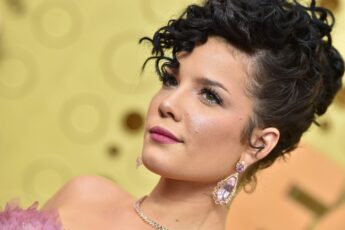