The TSA quietly updated its website to allow parents to carry on CBD containing products for their children with epilepsy and other conditions that rely on CBD for treatment.

The United States Transportation Security Administration quietly updated its rules to permit parents of children with epilepsy to bring Food And Drug Administration-approved medical marijuana products as well as certain types of CBD-containing medication and products on carry on planes.

NBC News reported that the agency changed the rules last weekend and updated the language on its website.

NBC News pointed out that it’s not clear how the TSA plans to test products for the presence of THC; the agency says it would refer those cases to law enforcement.

The TSA updated the “What Can I Bring” section of its online regulations to reflect news of an FDA-approved epilepsy medication containing CBD oil.

“TSA was made aware of an FDA-approved drug that contains CBD oil for children who experience seizures from pediatric epilepsy,” the organization confirmed in a statement to Fox News. “To avoid confusion as to whether families can travel with this drug, TSA immediately updated TSA.gov once we became aware of the issue.”

The CBD products must be hemp-derived, and must meet the criteria described by the 2018 Farm Bill.

It hasn’t been easy for parents.

Last year, British airport officials seized CBD oil from a 12-year old who has epilepsy though the boy’s mom is still fighting officials over there for the decision.

A consumer reports study found that more than a quarter of people in the U.S. say they’ve tried CBD—a compound in marijuana and hemp that doesn’t get you “high” for a slew of mental and physical reasons. One out of 7 of those people said they use it every day.

CBD oils, or cannabinoid oils which are usually derived from the Cannabis sativa plant, are often sold as relaxation or pain-relief supplements

In June 2019, the FDA approved “Epidiolex (cannabidiol) [CBD] oral solution for the treatment of seizures associated with two rare and severe forms of epilepsy, Lennox-Gastaut syndrome and Dravet syndrome,” the FDA wrote in a  press announcement.

The legality of CBD oils containing trace amounts of THC currently varies from state to state.

The TSA will be briefing its officers on the new policy regarding the FDA-approved drug.

The “medical marijuana” section of the guidelines now says “products/medications that contain hemp-derived CBD or are approved by the FDA are legal as long as it is produced within the regulations defined by the law under the Agriculture Improvement Act 2018.”

Medications fitting that description can be packed in both checked and carry-on luggage — albeit with special instructions.

“Possession of marijuana and certain cannabis-infused products, including some Cannabidiol (CBD) oil products, remain illegal under federal law,” the TSA added in its emailed statement to Fox News.

“TSA officers are required to report any suspected violations of law, including possession of marijuana and certain cannabis-infused products.”

A new test to easily diagnose preeclampsia earlier in pregnancy is being developed by researchers at The Ohio State University Wexner Medical Center.

Preeclampsia is a potentially life-threatening condition that affects about one in 20. Both mom and baby are at risk and because the symptoms of the condition mirror regular normal pregnancy symptoms like swelling and headaches, it is pretty hard to diagnose. Often times, it isn’t caught until much later in a woman’s pregnancy.

The newly developed test uses a special red dye that reacts to unique proteins in the urine of pregnant women with preeclampsia.

This means, a mom-to-be can quickly and easily diagnosed for the condition during a prenatal visit.

“Without the certainty of this test, providers tend to be overcautious because this is definitely a condition that we can’t allow to go untreated,” said Dr. Kara Rood , lead author of the study and maternal-fetal medicine physician at Ohio State Wexner Medical Center. “This test helps us to quickly provide care to women with preeclampsia, while avoiding unnecessary admissions or even early deliveries.”

Researchers expect the new rapid test to be FDA approved in the next few years so that OB/GYNs nationwide can use it to identify cases of preeclampsia.

“Giving birth is the only cure for preeclampsia, but it can develop as early as the second trimester,” Rood added. “The quicker we identify women with the condition, the better chance they have of carrying their babies to full term and having a healthy delivery.”

Dr. Rood hopes it will also be available at home for monitoring pregnancy complications more conveniently. 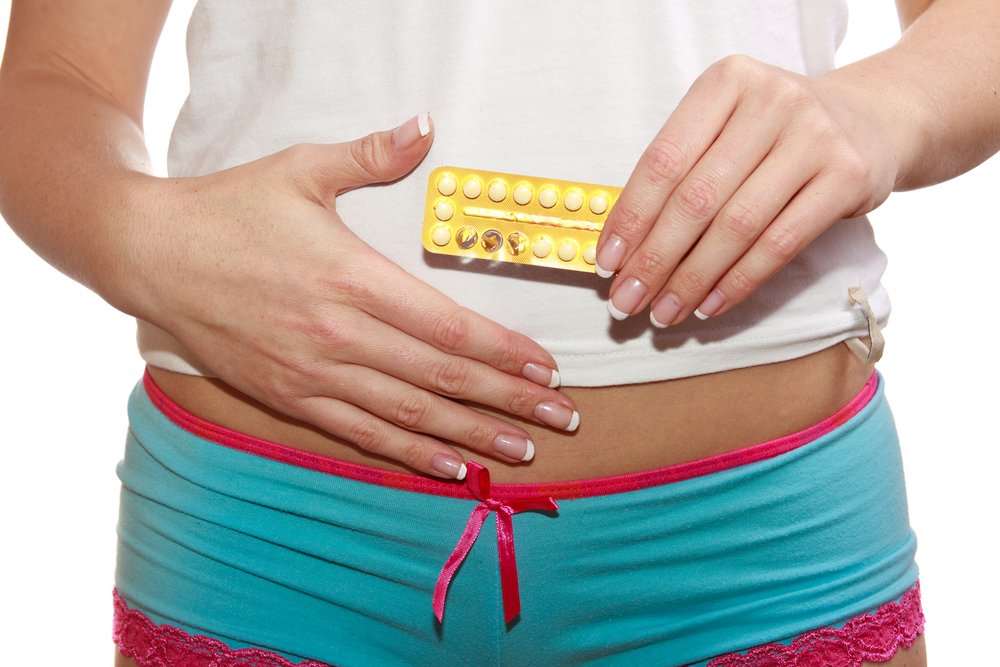 Janssen Pharmaceuticals has recalled three lots of birth control pills after it was discovered that the medication’s dispensers were printed without “appropriate” instructions, the FDA said.

One lot of Ortho-Novum 1/35 and two lots of Ortho-Novum 7/7/7 were recalled because the taking the pills without following the proper instructions could cause women to take them in the wrong order, according to a recall alert

It could also lead women to take an inactive “reminder” pill instead of an “active” pill which could cause unintended pregnancy or bleeding, officials said.

The pills must be taken in the correct order for them to be effective.

The FDA provided a list of the three affected lots.

Janssen Pharmaceuticals issued a statement on the recall and provided correct instructions on its web site.

“The Ortho-Novum product itself remains safe and effective for use with the appropriate dispenser instructions,” the statement said. “Women should continue to take the 21 ‘active’ pills for three weeks, followed by the one week of ‘reminder’ pills.”

The pills were were distributed in the U.S. wholesalers, distributors and pharmacies, and they have been notified by recall letter to return affected products, the FDA said. 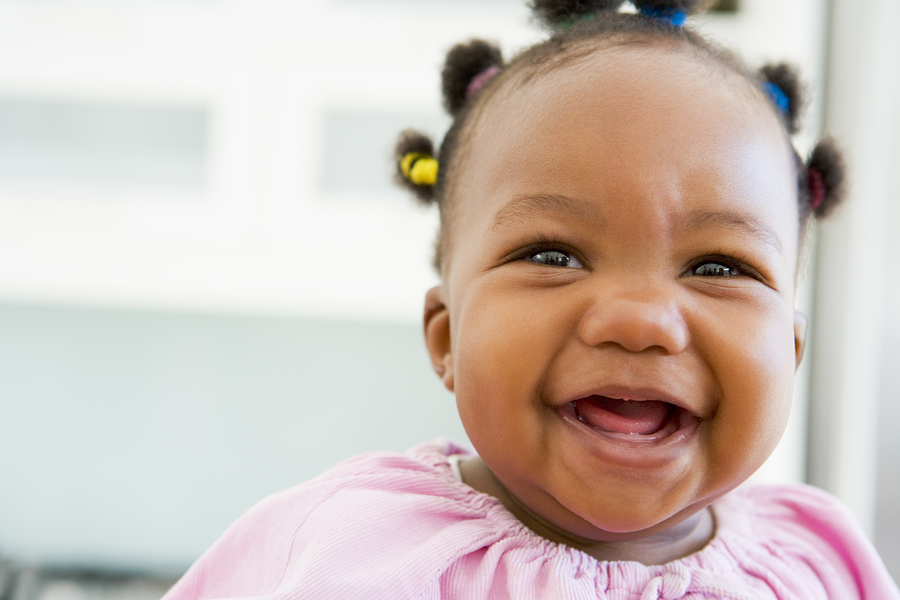 Federal health officials warned parents Wednesday about the dangers of teething remedies that contain a popular numbing ingredient and asked manufacturers to stop selling their products intended for babies and toddlers. At least one major manufacturer announced that it will pull its teething gel for infants off the market.

The Food and Drug Administration said that various gels and creams containing the drug benzocaine can cause rare but deadly side effects in children, especially those 2 years and younger.

The agency has been warning about the products for a decade but said reports of illnesses and deaths have continued. Now, it wants teething products off the market, noting there is little evidence they actually work.

“We urge parents, caregivers and retailers who sell them to heed our warnings and not use over-the-counter products containing benzocaine for teething pain,” said FDA Commissioner Scott Gottlieb, in a statement.

The FDA said it will take legal action against companies that don’t voluntarily remove their products for young children. Manufacturers are expected to comply as soon as possible.

The agency posted a video on YouTube entitled, “Do teething babies need medicine on their gums? No.” It urged parents to avoid the products because of the risk of a potentially life-threatening condition called methemoglobinemia, which reduces oxygen in the blood.  It also repeated a previous

Benzocaine is also used in popular over-the-counter products for toothaches and cold sores in adults, including Orajel and Anbesol and generic drugstore brands. Products for adults can remain on the market but the FDA wants companies to add new warnings.

Benzocaine can cause a rare blood condition linked to potentially deadly breathing problems. The pain-relieving ingredient can interfere with an oxygen-carrying protein in the blood. Symptoms include shortness of breath, headache and rapid heart rate.

When many people think of genome editing, one think of movies like Gattaca and people toying around with pre-determined characteristics in order to create babies with ideal traits, eye color, hair color, abilities and such. There are tons of ethical and moral concerns.

But the Francis Crick Institute in London plans to study the embryos for 14 days in order to try to figure out why some embryos result in a miscarriage and others grow until term. The European nation’s Human Fertilisation and Embryology Authority (HFEA) approved the plans proposed by stem cell scientist Kathy Niakan.

The group will use leftover embryos donated from IVF couples and study a single cell til it grows to about 250 cells.

Niakan will utilize a genome editing procedure called Crispr-Cas9 to turn genes on and off in early stage human embryos. She will then monitor how the modifications will impact placenta development. This editing procedure permit scientists to make precise DNA changes with the potential to correct faulty genes and treat genetic disorders.

Correcting disorders is one thing. Ethicists fear this technology will soon allow parents to select the traits they want their future kids to have.

After studying the cell growth, the embryos will be destroyed. A couple of years ago the US Food and Drug Administration held hearings to discuss proposals to do the same here but it ultimately was not approved.

There was a lot of outrage over harvesting and growing embryos that will never be implanted in a  woman but instead destroyed. Here you go inserting concerns about the destruction of embryos. And a look a this amazing footage of a very active fetus inside her mom’s womb.

Amazing Footage of Life in the WombWOW. Check out these 4D ultrasounds videos. Life is a miracle!

Today, Kim Kardashian put back up on Twitter, Facebook and Instagram the morning sickness ad that the US Food and Drug Administration made her take down for failure to state the side effects. She added the missing information about the side effects of the drug and the fact it hadn’t been tested on women with the most extreme form of morning sickness

The makers of Diclegis for extreme morning sickness should actually be glad the FDA stepped in. The amount of press the ad got because it was taken down had surpassed the number of people that follow Kim Kardashian on social media.

It harkens back to the old adage about there not being any such thing as bad publicity.

Anyway, one of my family members in her first trimester of pregnancy and she asked a group of us in an online forum for advice, and several people who are not Kim K fans and followers suggested Diclegis, partially because they had seen it discussed in the news related to the take down.  There you go!

Anyway, the family member I’m referencing was also very happy to learn that the side effect to the drug is excess drowsiness because she is already too tired at work, naturally because of the pregnancy. She decided her level of morning sickness is not that severe that she would need to take a drug that would cause additional fatigue.  She is going to try traditional relief remedies first. The drug is for women, for whom, traditional methods like changing diet, eating small mini meals, snacking on almonds, taking peppermint, ginger or eating things like preggie pops or wearing sea bands do not work.