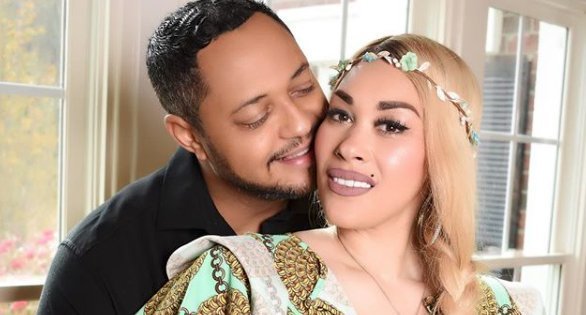 Congrats to TVOne‘s R&B Divas: Atlanta alum Keke Wyatt and her husband Zackariah Darring on welcoming their first child together, though Wyatt’s 10th.

She shared the news on her Instagram page on Sunday, January 12, 2020.

“My husband Zackariah [Darring] and I are blessed to welcome our beautiful and healthy 7lb 11 ounce son, Ke’Riah Darring,” the Marriage Boot Camp: Reality Stars captioned a collage including a nude mirror selfie and photo of the baby. “He came to our family on 1/6/2020. #GodIsGood.”

She previously welcomed six children with her ex-husband Rahman Morton between 2000 and 2009 before going on to eventually marry Michael Ford and giving birth to  three more children before their 2017 divorce.

She gave a shout out to her nurses and doctor too.

My husband Zackariah and I are blessed to welcome our beautiful and healthy 7lb 11ounce son, Ke'Riah Darring. He came to our family on 1/6/2020. #GodIsGood 💙💙💙 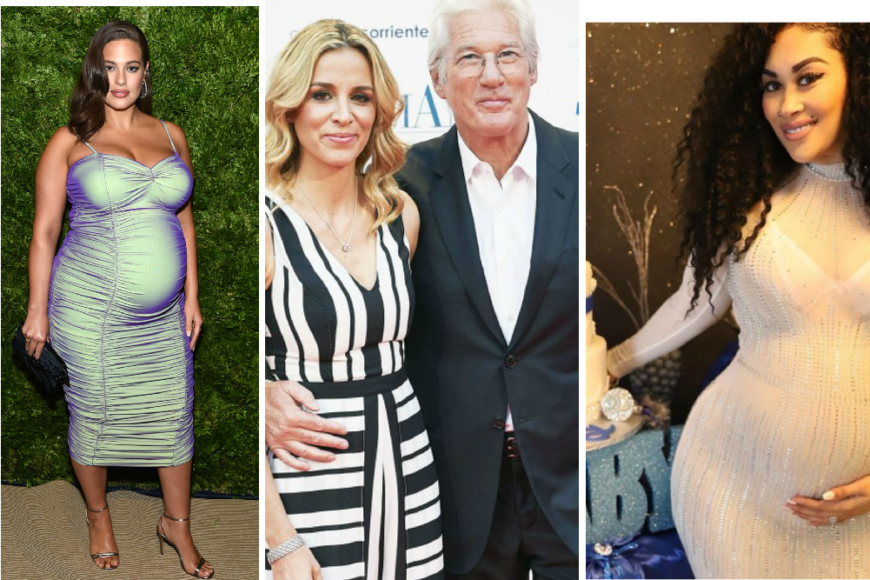 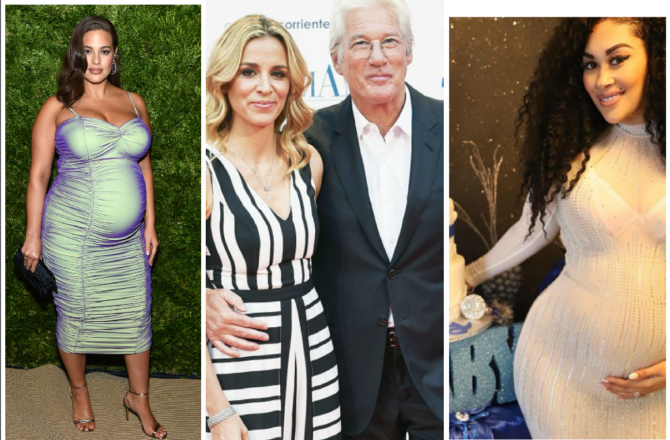 Here is a round up of the latest bump news.

Veteran actor Richard Gere and his wife  Alejandra Silva are expecting their second child together just nine months after welcoming their first, son Alexander this past February. The 70-year old star is also dad to 19-year old son Homer  who he shares with his ex-wife Carey Lowell  and 36-year old Silva is mom to 6-year son Albert with her ex-husband, Govind Friedland. (US Weekly)

Actress, singer and model Cassie Ventura is among a bevy of big names that are featured in global fashion brand Open Ceremony’s latest philanthropy-related clothing campaign.

In a post dedicated to Cassie’s shot featuring her baby bump, the singer writes, “My current project is becoming a mother and I can’t wait to experience the transformation that comes through motherhood, especially in creating new music and visuals. I’m an artist at heart. Like every woman, I’ve gone through many significant transitions in life that have taught me so much about myself and the woman that I want to become. I’m focused on becoming.”  (Billboard)

Cassie (@cassie) is a singer, actress and entrepreneur based in Los Angeles. “My current project is becoming a mother and I can’t wait to experience the transformation that comes through motherhood, especially in creating new music and visuals. I’m an artist at heart,” she says. “Like every woman, I’ve gone through many significant transitions in life that have taught me so much about myself and the woman that I want to become. I’m focused on becoming.” . . Cassie is featured in our latest project, “The Familia: A Portrait Series” by Stefan Ruiz. To learn more and to view the full cast, click the link in bio. Creative Director: @humberto Photographer: @stefanruizphoto Stylist: @maxortegag Hair: @evaniefrausto Makeup: @marcelogutierrez Manicure: @betina_goldstein for @essie Set design: @daviddavisdoesdallas 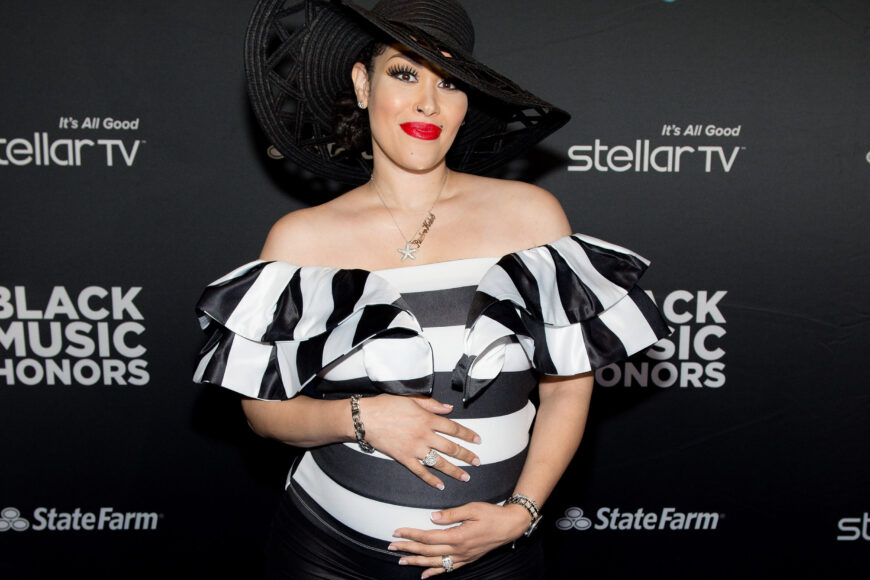 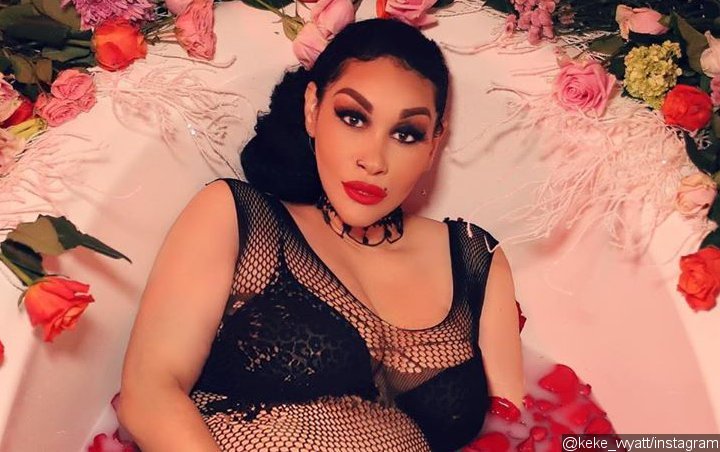 “My husband Zackariah Darring and I are so happy to announce that we are expecting our new bundle of joy!” she captioned a slide show featuring a series of maternity portraits starting with one of her in a floral decorated bathtub wearing a lace body suit, another of her in a blue and white sequinned gown and a pink lace dress.

“We are excited to welcome the 10th addition to our beautiful family,” then plugged her soon-to-be-released YouTube series about her life called The Keke Show.

“You will see me balancing wife, mommy and artist!!! Trust me… it’s never a dull moment with my family. Love ya sugars.”

This is the first child for Wyatt and Darring.

Wyatt has eight children with ex-husband Michael Ford and another child from her previous marriage to Rahmat Morton.

My husband Zackariah Darring and I are so happy to announce that we are expecting our new bundle of joy! We are excited to welcome the 10th addition to our beautiful family. Stay tuned for the release date & information for my new YouTube Series “The Keke Show” where you will see me balancing Wife, Mommy and Artist!!! Trust me.. it’s never a dull moment with my family. Love ya sugars??? photo credit: @keever_west Styled/Designed by: @keever_west Asst: @freddyoart

Wyatt and Morton got married when the singer was 18-years old and divorced in 2009. 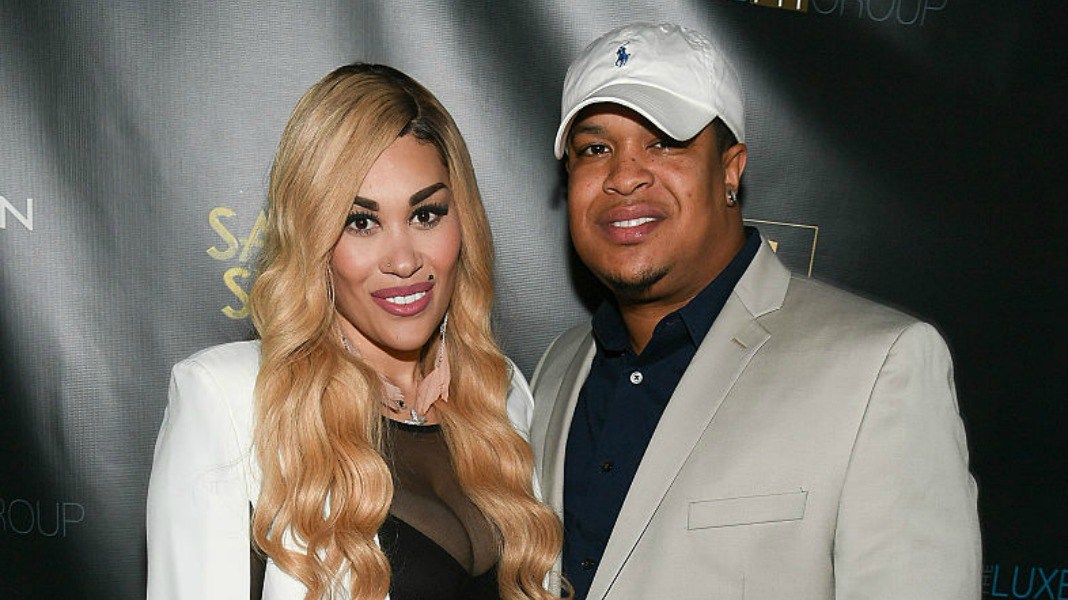 WE TV Marriage Bootcamp star KeKe Wyatt is expecting her 9th child, her 5th one with her manager husband Michael Jamar.

The singer, who is also an alum of the short-lived TV One reality TV show R&B Divas: Atlanta, announced the news via a statement from her rep.

“My family is excited. We come from big families where I’m from,” she stated. “Everyone knows my work doesn’t stop when I’m pregnant so I’m excited to continue performing and traveling around the world.”

This isn’t too surprising news. Wyatt told Wendy Williams last November that she and her husband welcome a big and constantly growing family.

The singing powerhouse is only 35 years old. She was married at age 18 and her kids range in age from 1 to 16. She has 4 daughters; Her oldest four children are with ex husband Rahmat Morton.

“I thought I was done three kids ago,” she told Williams. “So I’m not fixed, he’s not fixed, so you never know!” she added, referencing the fact that she and her husband didn’t have a vasectomy or tubal ligation to prevent future pregnancies.

During that episode, Wyatt also opened up about revealing on Marriage Boot Camp  that she had a full term still birth. She told Williams her daughter’s heart just stopped beating and it was difficult for her to face her children to let them know she wouldn’t be bringing home the sibling they saw grow in her tummy. Sad.

Wyatt will be featured in the April 8 edition of the Centric TV Show, Being.

Congrats on the impending arrival.