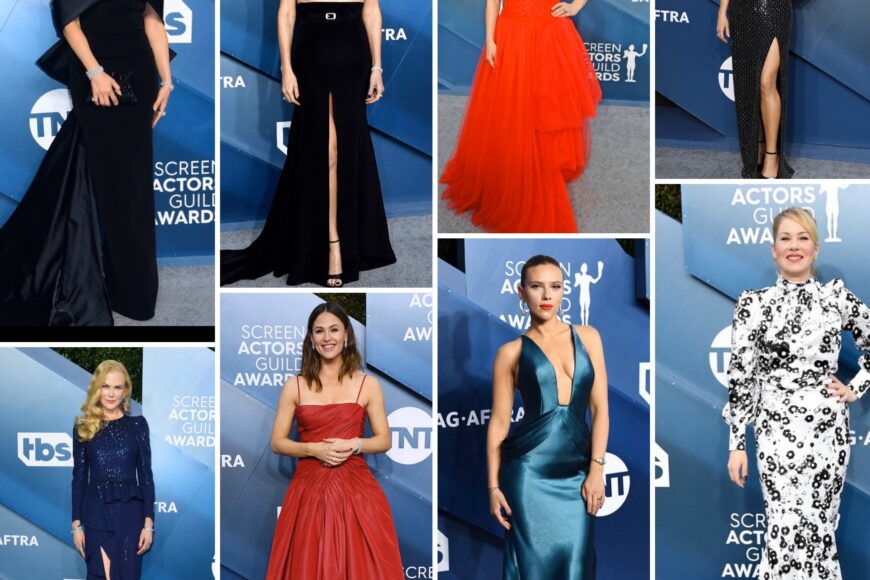 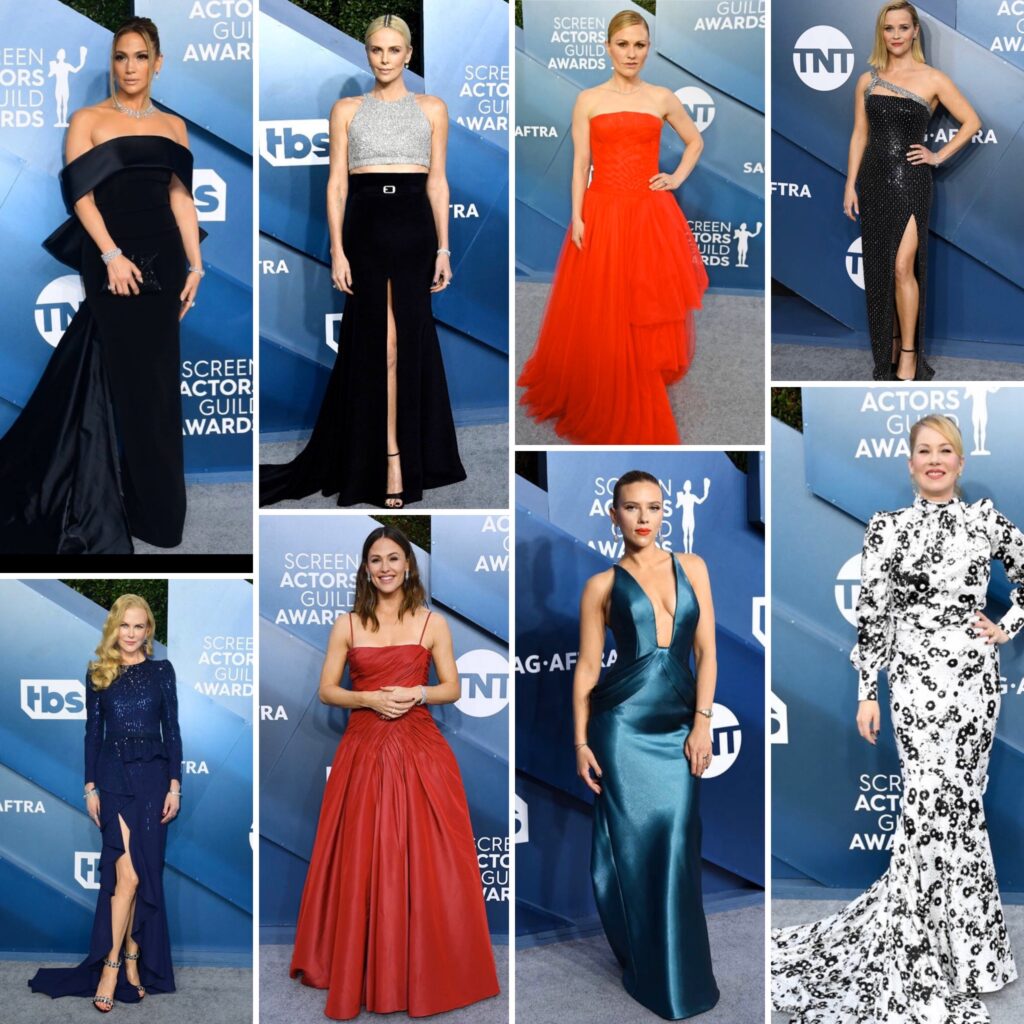 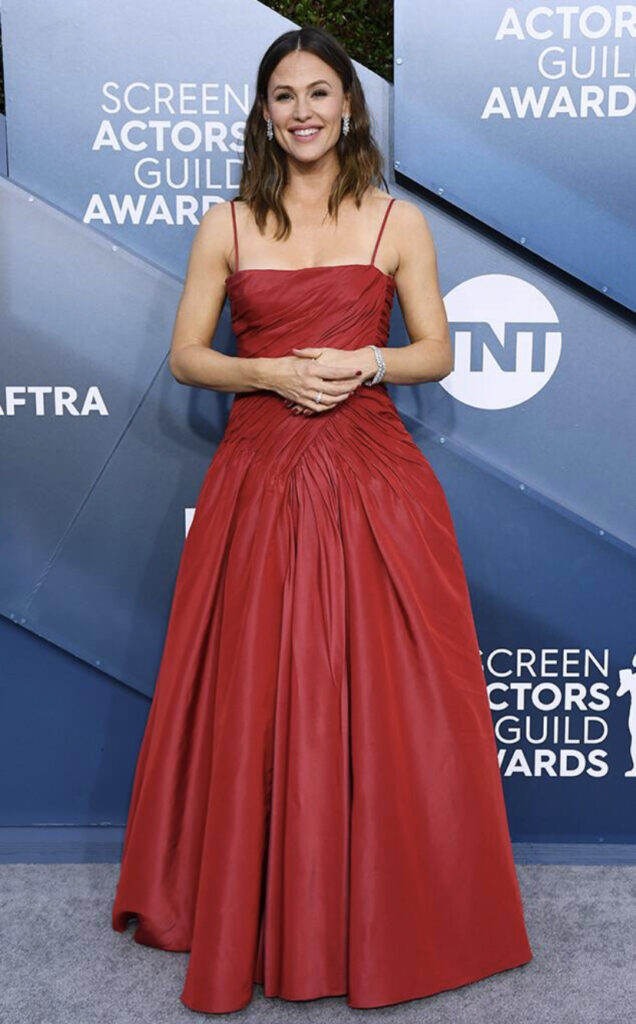 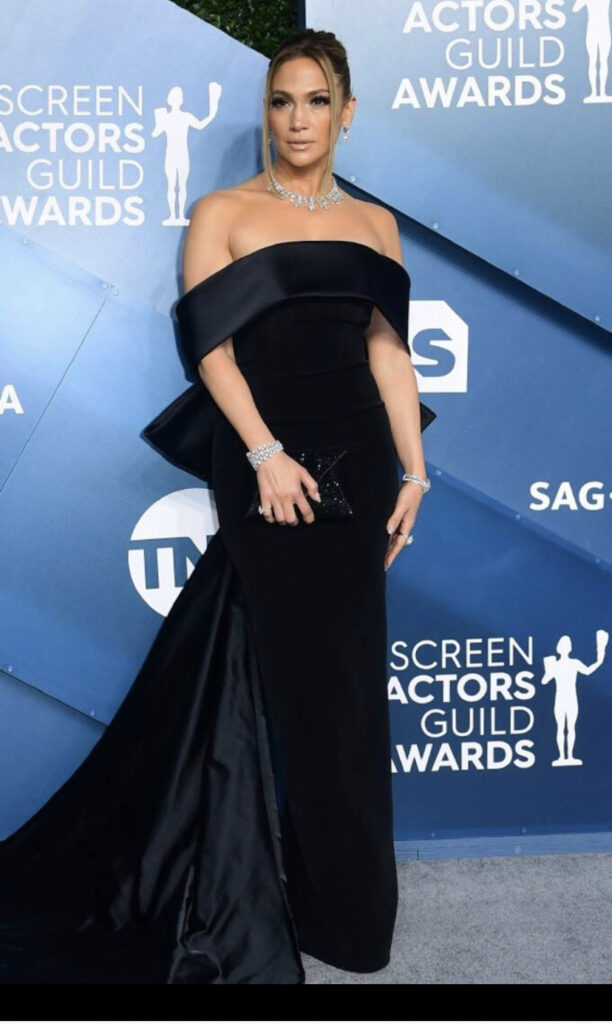 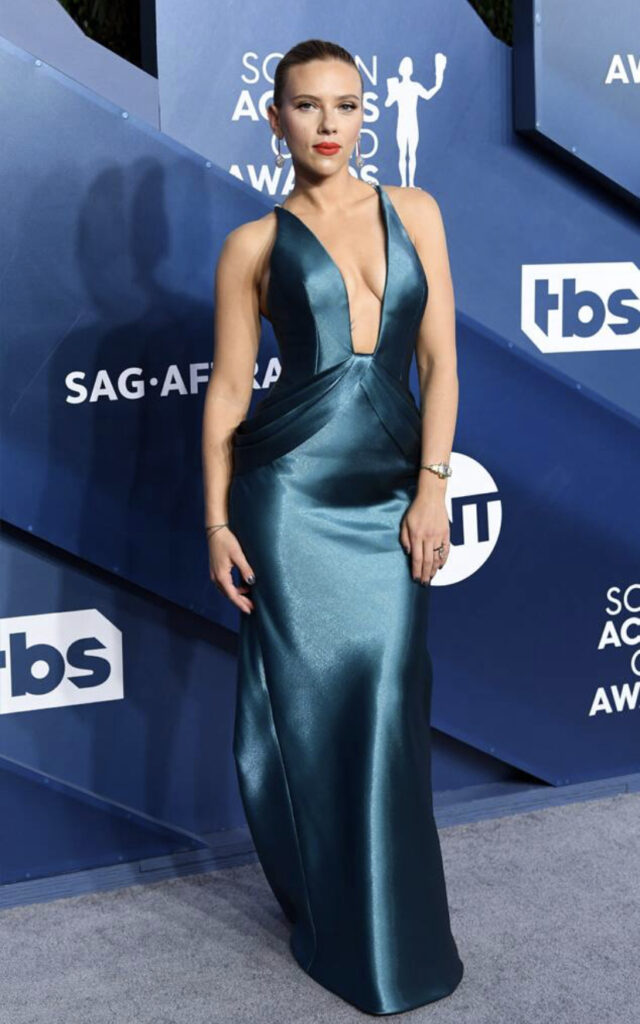 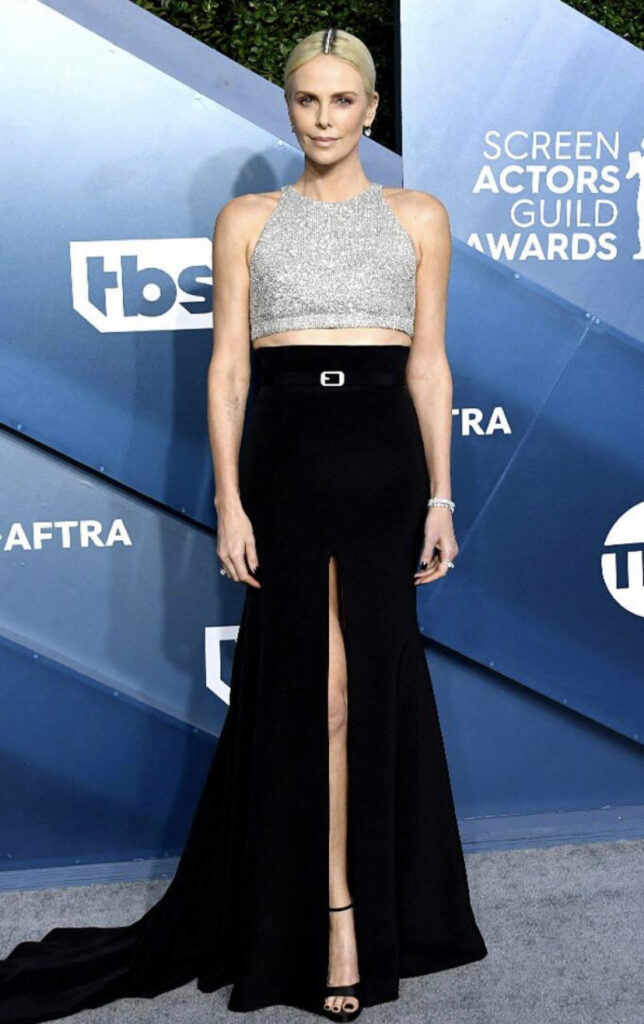 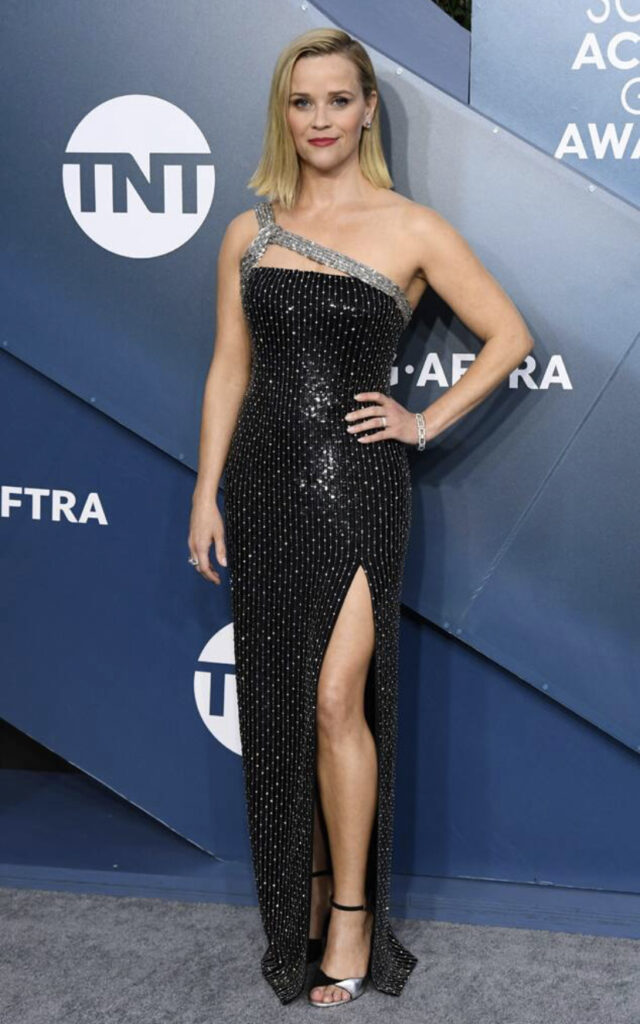 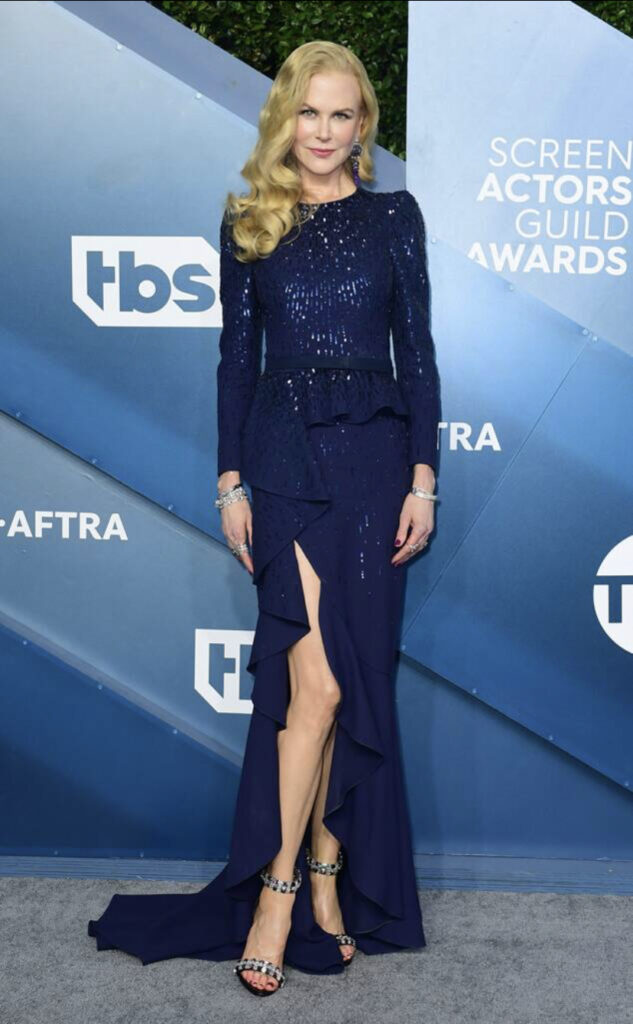 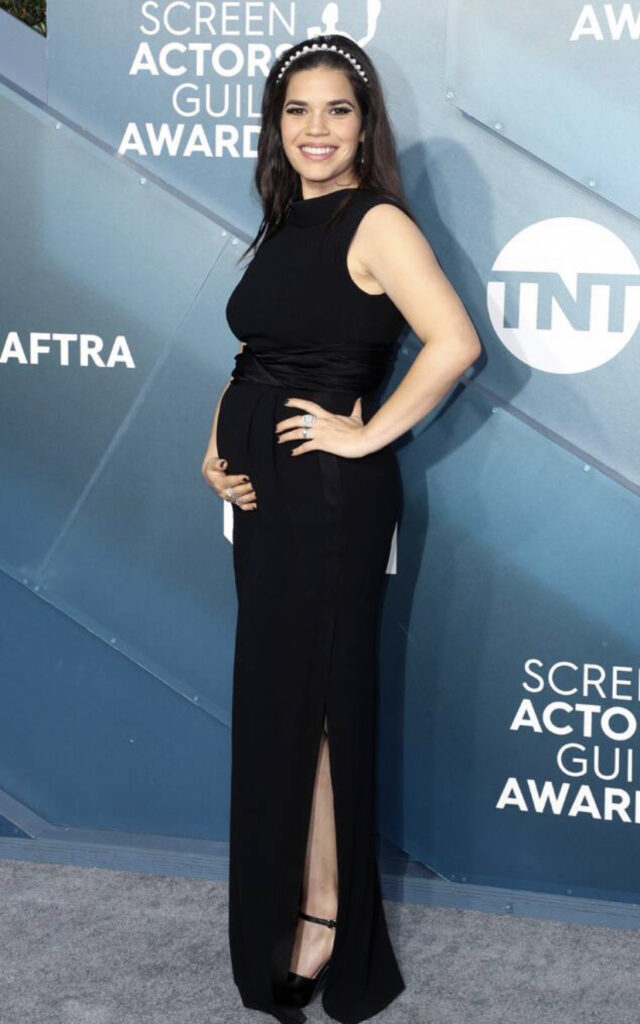 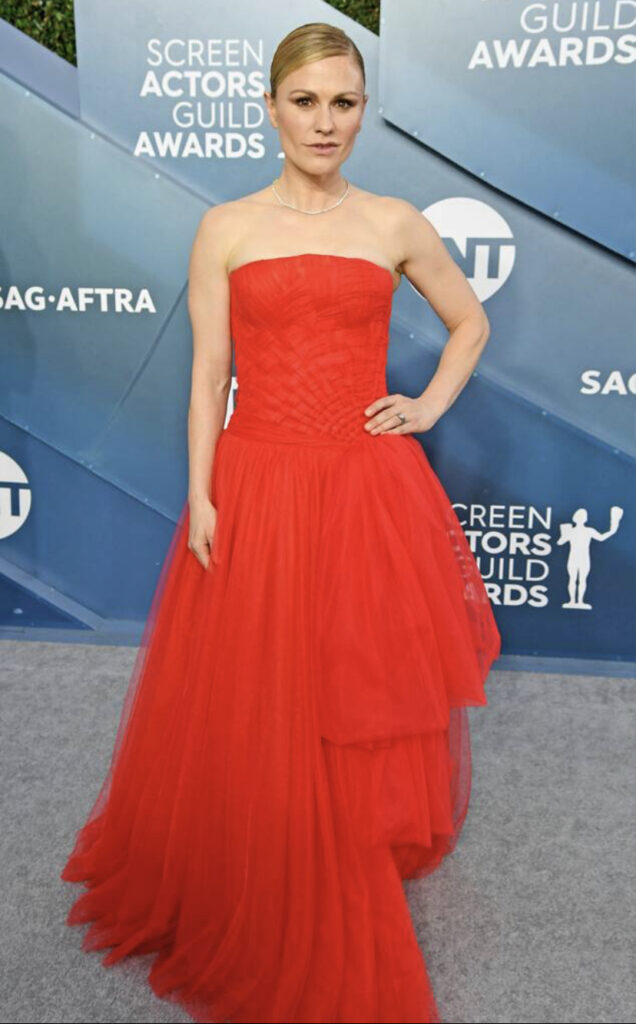 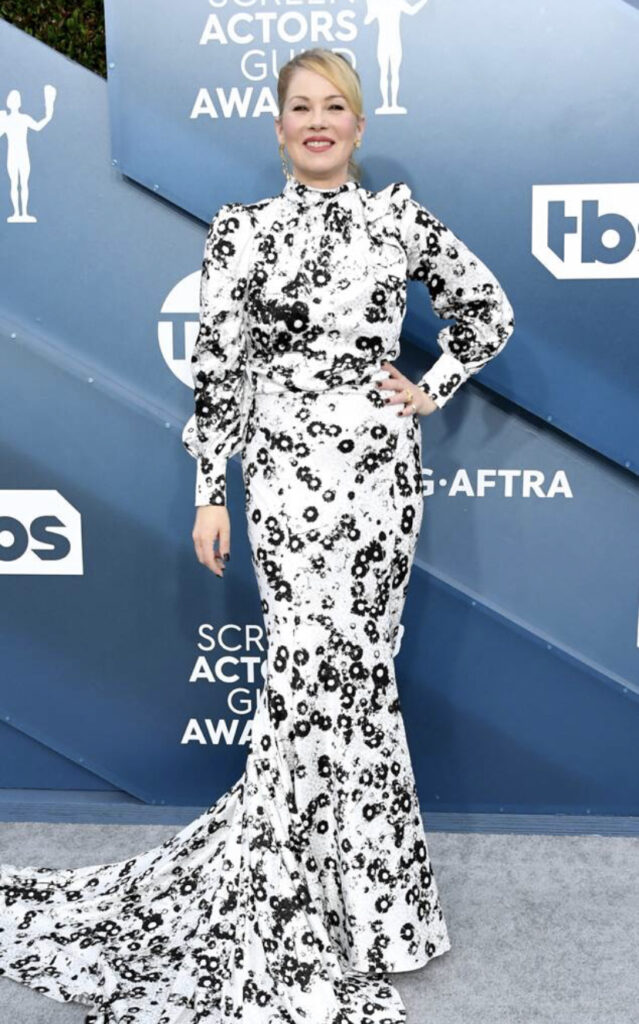 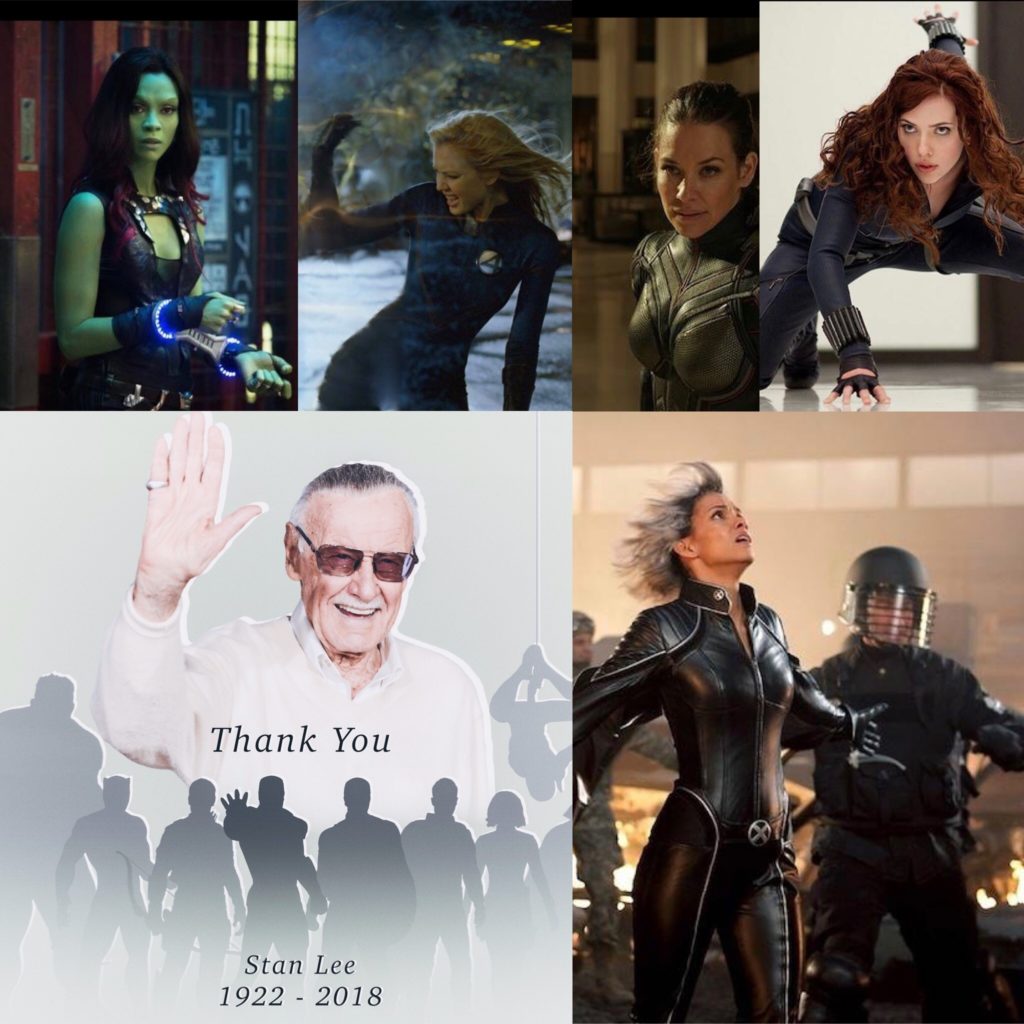 There is something about Atelier Versace tonight because the design house managed to outfit two brand new moms and had them looking amazing!

We couldn’t believe that these two women had babies less than 6 months ago (daughter Rose with fiance Romain Dauriac). After giving birth in September 2014, Scarlett Johansson looked stunning in an emerald figure-hugging halter dress with a crystal Swarvoski embellished collar.

Similarly, Zoe Saldana gave birth to twin sons, Cy and Bowie with husband Marc Perego on November 27, and  she too had “wow”-worthy moment on the red carpet and while presenting on stage in a gorge blush-colored Atelier Versace.

They both looked phenomenal!

So it seems like the President of Production for  Marvel Studios Kevin Feige has unknowingly let the pregnancy cat of the bag on Scarlett Johansson‘s pregnancy.
Although rumors an reports have circulated for close to a month or longer now that the A-Lister is preggers with her first child for fiance Roman Dauriac, neither have officially confirmed the baby news.
However, during an interview about  filming of Avengers:Winter Soldier Adventures: Age of Ultron, the Daily Mirror reports, Feige said that his first reaction of learning of the pregnancy was that he “was very happy for her and very excited for her,” his second reaction was, “we’ve got to move some pieces on the chess board around schedule-wise.”
That has meant that the Lost In Translation actress will need to wear a special high-tech suit with a green band around her waist to edit out her growing baby bump. Much of the movie magic will be done in post-production.
And director Joss Whedon said he still expected her to do her fight scenes.
Whoa! Recall, last month we reported that during the filming of Divergent  actress Kate Winslet did her own stunts right into her third trimester. It’s a different ball game.
But considering all the negative press Indian movie producers and American ones who cut actresses like Hilary Duff from projects after they became pregnant, it’s a toss up.

Scarlett Johansson hasn’t confirmed her pregnancy with her fiance journalist Romain Dauric. However, it looked as if she may have been concealing a tiny bump under the black top and crimson Michael Kors cropped pants suit she wore to the Parisian premiere of her latest film, Captain America: The Winter Solstice on Monday, March  17.

For the first time since reports that she may be pregnant with her fiance Romain Dauriac‘s baby, Scarlett Johannson faced the public in super cute Aramani Prive Spring 2009 black and white lace ensemble with a bow strategically placed over the tummy area perhaps to distract from her bump?

She accented that top and skirt set Van Cleef & Arpels jewels and went with black  Christian Louboutin Pigalace peep-toe pumps at the Captain America: The Winter Soldier premiere and screening at the El Captain Theater on March 13.

So far, no visible bump in the tummy but maybe you can see it in a slightly plumper face.

What to you think?