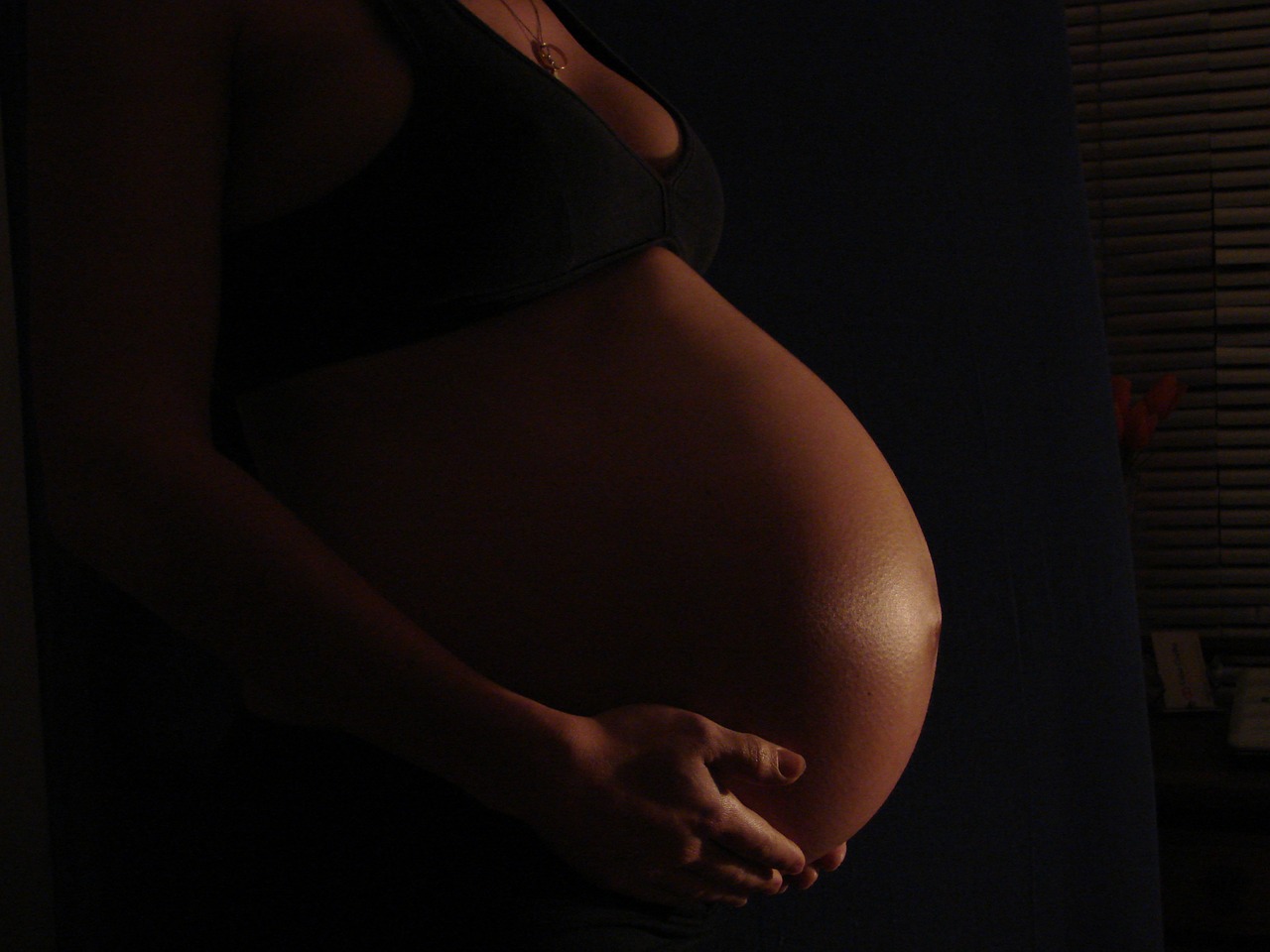 A recent United Nations-funded in-depth report in the LA Times this week state that black women in Texas are dying from pregnancy and childbirth at an increasingly alarming rate. These following passages stand out:

Every year, around 700 women in the United States die as a result of pregnancy or delivery complications. As many as 60,000 expectant mothers suffer problems that come close to costing them their lives.

America is one of the most developed nations in the world. Average life expectancy has been generally increasing over at least the last five decades, and deaths from illnesses that were once widely fatal, including polio, small pox, tuberculosis and AIDS, are sharply falling.

Yet when it comes to the natural process of childbearing, women in the U.S. die in much higher numbers than those in most developed nations, where maternal deaths are generally declining.

A woman in the U.S., where the maternal death ratio more than doubled between 1987 and 2013, is more likely to die as a result of pregnancy-related causes than in 31 industrialized countries of the Organization for Economic Cooperation and Development, aside from Mexico.

There are various theories why — persistent poverty, large numbers of women without adequate health insurance, risk factors related to stress and discrimination. All come together here in Texas, with a twist that has become one of America’s most confounding public health problems: African American women are dying of pregnancy- and childbirth-related causes here at stunningly high rates.

The maternal death rate in Texas after 2010 reached “levels not seen in other U.S. states,” according to a report compiled for the American College of Obstetricians and Gynecologists, based on figures from the U.S. Centers for Disease Control.

Black women in Texas are dying at the highest rates of all. A 2016 joint report by Texas’ Maternal Mortality and Morbidity Task Force and Department of State Health Services found that black mothers accounted for 11.4% of Texas births in 2011 and 2012, but 28.8% of pregnancy-related deaths.

“This is a crisis,” said Marsha Jones, executive director of the Afiya Center, a Dallas-based nonprofit that has taken on the issue. In May, the center published its first report: “We Can’t Watch Black Women Die.”

continue reading the entire piece. It’s worth it. 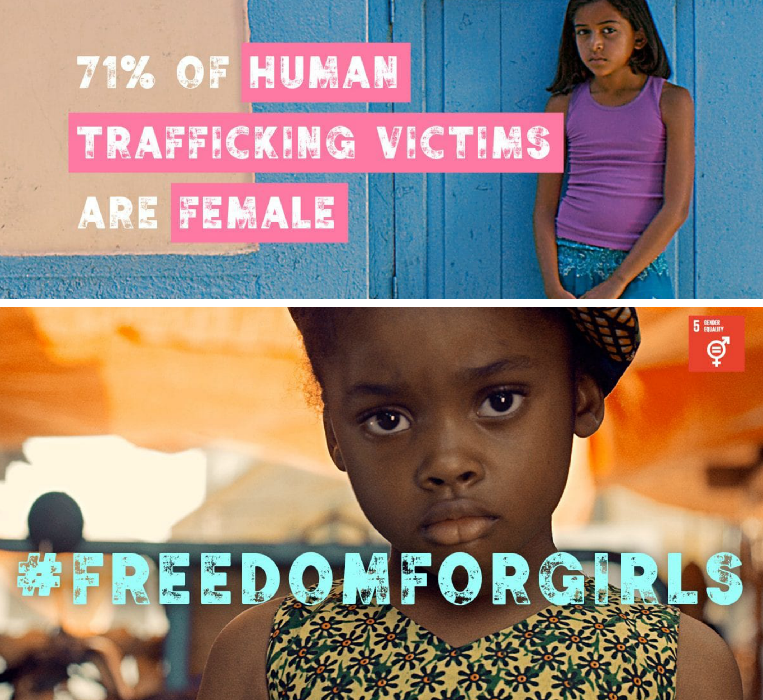 October 11 is the International Day of the Girl, a campaign launched by the United Nations dedicated to highlighting barriers and empowering girls to reach their full potential.

It is a movement meant to bring attention to advocacy projects and initiatives around the world to promote the education, safety and security of young girls globally.

In 2015 when leaders signed up to the UN Sustainable Development Goals – the Global Goals – they made a promise – to empower all girls.

Although there has been progress, the Global Goals campaign call for keeping the pressure on world leaders deliver and every girl grows up healthy, safe, empowered and able to fulfill her dreams.

Also to coincide with the day, the Save the Children nonprofit released a study which revealed that  biased views on the value of girls and their roles within the classroom and society begin to show as early as fourth grade. The global humanitarian organization surveyed boys and girls in the United States and the West African nations of Sierra Leone and Côte d’Ivoire and  found that a striking number of young boys – and even many girls – believe fathers rule the household, boys are smarter than girls and girls need less school than boys.

“Girls are worth far more than what the world tells them,” Carolyn Miles, president & CEO of Save the Children of the data which found, among other things, that  17 percent of American fourth graders believing a man would make a better boss than a woman.   “Globally, we know that girls are more likely than boys to miss out on school, experience violence and live in poverty. That is why we need to invest in their education and do everything possible to delay early marriage and motherhood. By providing children equal opportunities and access to learning, every girl can realize what she’s truly worth.”

In 2017, girls around the world are still frequently marginalized in their families, communities and societies because of who they are or where they were born. They face discrimination, lack equal opportunities and earn less money – their lives and futures aren’t given the value they deserve. Save the Children’s analysis revealed that a girl under 15 is married every seven seconds.

Also, to commemorate this annual day, 30-year old Oxford University graduate, director MJ Delaney teamed up with Project Everyone in partnership with UNICEF and the Bill & Melinda Gates, to create a new video to raise awareness of the #FreedomForGirls campaign which has been created to support Inernational Day of the Girl

The video features girls from all walks of life and different nations around the globe dancing and lip-syncing to Beyonce’s song, “Freedom’”. The Group also  calls for action on some of the biggest challenges girls face like access to education, child marriage and the threat of violence”.

Last year, the group asked people to share #WhatIReallyReallyWant for girls and women – this year it wants everyone to raise their voice for freedom.

A bunch of serious news publications like Time, Huffington Post, the U.K.’s Daily Mirror, and the like got dragged in social media this week for their reporting on International Human Rights lawyer Amal Clooney’s International Women’s Day speech at the United Nations.

During the meeting, titled “The Fight Against Impunity for Atrocities: Bringing Da’esh to Justice“, Amal gave a speech asking more be done to stop Da’esh, better known to Americans as ISIS, to prevent another Rwanda.

Rather than cover the very serious and substantive content of the first time mom-to-be of twins’ speech, those publications had articles that focused more on her baby bump and outfits.

As we’ve blogged a plenty before, the rules have changed in the digital and post-bump watch era and a lot of previously strict news sites have seamlessly encroached on salacious  news and gossip territory.

The Atlantic cracked the code, in the case of Time magazine, anyway, and figured out Time is just keeping up with the new generation of readers. The outlet noted a few years ago:

Over the last two years, TIME’s digital audience has expanded dramatically, and close to half our readers are millennials. They are drawn not only to TIME’s coverage of the world but increasingly to TIME’s content on how to live a richer, smarter, more meaningful life—how to negotiate a raise, how to manage your inbox, how to actually unplug on vacation. It was, we discovered, millennial women who were most passionate and most engaged with that content, and they were looking for more.

So we’ve created Motto, a new platform from the editors of TIME dedicated to empowering the next generation. It’s about offering the advice and support to blaze new trails and redefine success in the fundamental aspects of our lives: how we work, play, and live (and you’ll see that we’ve organized the site around these three sections).

The Atlantic gets it, writing,

“We are living, at this point, in a new regime. A reality TV star is president. Teen Vogue is  politics and policy. The Atlantic is covering the Kardashians. It is difficult—indeed, it is pretty much impossible—to find the line that divides politics from culture. Again: Convergence. Which isn’t a bad thing, necessarily—life is complicated and messy, and to divide its happenings into neat, newspapery columns was never fully true to that disarray—but it means that news organizations will need to be much more intentional about the way they present their stories to the public. It’s one thing for Entertainment Tonight to effuse about Amal Clooney’s baby bump. When Time does it, though—Time, which has spent years branding itself as a fairly straight-ahead summarizer of human events—the effusion will read as an insult, to Amal Clooney and to readers.

Yes, this may be The Atlantic covering itself here for getting into gossip news because clicks equal revenue and celebrity news sell.

All of digital media has to compete for the same eyeballs and cannot afford to leave any on the table…well er on the screen.

So we say lay off, though it would be in our best interest to not have to compete with established news organizations. (Ha!)

Today, October 11, is the day that the United Nations chose to declare the International Day of the Girl Child. It is a movement meant to bring attention to advocacy projects and initiatives around the world to promote the education, safety and security of young girls globally.

If you have a girl who has lots of potential and opportunity, take this day to learn about ways you can help other girls around the world be in a position to reach her full potential as well.

Learn more about how you can get involved today and beyond here.