She just gave birth to her third child and first son, and now Thandie Newton will be seen on screens in the UK starting April 11 when her new film Half of a Yellow Sun opens in the UK.
She stars opposite Academy Award nominee  Chiwetel Ejiofor (12 Years a Slave) in the film adaptation of the 2006 Orange Prize for Fiction-winning novel by Nigerian author Chimamanda Ngozi Adichie.
The film tracks the lives of four people against the backdrop of the 1967-1970 Nigerian-Biafran war.
There is no US date announced yet, but hopefully they’ll stagger the US release so it doesn’t suffer the fate of The Butler which got forgotten by Academy Awards and was locked out of nominations.
I could imagine just as some African Americans say they are exhausted with seeing movies about slavery become blockbusters here, how about the fact the movies that get Oscar buzz about Africa and featuring Africans are usually about historical conflict and war, such as  Hotel Rwanda and Blood Diamond, or about South African apartheid like  Mandela: Long Walk to Freedom, Cry Freedom, Tsosti  and Sarafina?

Half Way is from the UK producers of The Constant Gardner (Gail Eden) and The Last King of Scotland  (Andrea Calderwood ) both whom did masterful jobs at capturing scandal and friction through complicated, complex yet deeply flawed characters and took home some Oscars in the process.
In any event, the previews look amazing! I hope it gets sufficient buzz and I cannot wait to see it when it hits US screens! I’m sure it would walk away with a few BAFTAs for sure!

By Jeneba Jalloh Ghatt
12 years a SlaveChimamanda Ngozi AdichieChiwetel EjioforHalf of a Yellow SunOrange Prize for FictionThandie Newton
Green Products: It’s not easy being green, but…
Attempted murder charge for pregnant woman who drove kids in SUV into Ocean 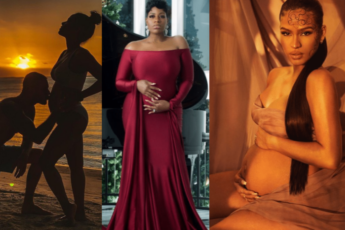