We’d like to take this moment to bid a solemn farewell to the late Bobbi Kristina Brown who we featured here on Bellyitch when she was in her mom’s belly, as part of our tribute to singers who performed in videos while pregnant.

“Bobbi Kristina Brown passed away Sunday, July, 26 2015, surrounded by her family. She is finally at peace in the arms of God,” the Houston family wrote in a statement released to the press. “We want to again thank everyone for their tremendous amount of love and support during these last few months.”

At one point, Brown herself was rumored to be expecting with her then fiance Nick Gordon.

Brown was the only daughter of the late great powerhouse singer Whitney Houston and R&B singer and actor Bobby Brown. She died at 22 at a hospice.

She was found unresponsive in a bathtub on January 31st this year, and suffered irreversible brain damage.

Brown’s mom suffered a similar tragic fate, sadly also discovered in a bathtub after dying from a combination of  heart failure related to a reported drug overdose. It was the day before the 2012 Grammy Awards ceremony in Los Angeles, California.

Our thoughts and prayers are also with gospel great Cissy Houston, who not only had to bury her daughter but also her granddaughter in under a span of 5 years, outliving them both.

This is one of our fave songs, not just because of its uniqueness, but because it was the first time we heard little Bobbi featured in one of her mom’s songs (at :30 “Sing Mommy” and at 4:10″Clap Your Hands” )

Today, this lyric (below) from this song is so prolific! 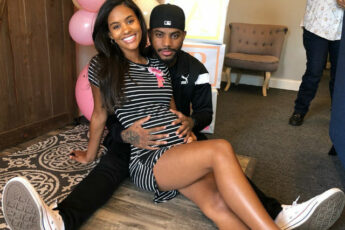