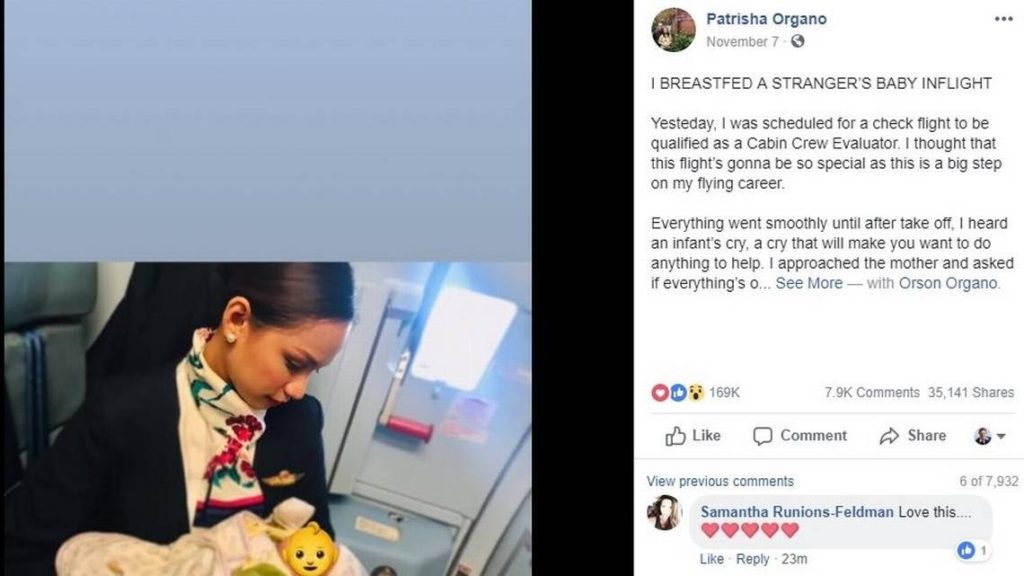 Flight attendants get called on to do all sorts of things in the air.

Phillipines Airline flight attendant Patrisha Organo stepped up to breastfeed a passenger’s baby when the mom ran out of infant formula during a long flight.

Organo, who obviously had recently given birth and had milk supply from nursing her own baby, jumped in to help the exasperated mom.

“Everything went smoothly until after take off,” Phillippine Airlines attendant Patrisha Organo wrote on her Facebook page on Wednesday about a domestic flight.

“I heard an infant’s cry, a cry that will make you want to do anything to help,” Organo captioned a photo of her doing the good deed while blurring out the face of the baby to protect and the family’s privacy. “I approached the mother and asked if everything’s OK, I tried to tell her to feed her hungry child. Teary-eyed, she told me that she ran out of formula milk. Passengers started looking and staring at the tiny, fragile crying infant. I felt a pinch in my heart. There’s no formula milk on board. I thought to myself, there’s only one thing I could offer and that’s my own milk. And so I offered.”

Presumably for one reason or another the passenger couldn’t nurse her own child.

Bravo to her though feedback wasn’t all positive as some people commenting on the FB post pointed out the health risk of passing on things like HIV and other potentially harmful things to a stranger’s baby.

Indeed, the U.S. Food and Drug Administration warns that giving a baby breast milk from another mother can pose health risks.

“Risks for the baby include exposure to infectious diseases, including HIV, to chemical contaminants, such as some illegal drugs, and to a limited number of prescription drugs that might be in the human milk, if the donor has not been adequately screened,” the FDA counsels. 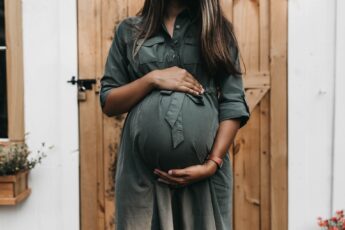