We’ve covered several Brazilian models when they were expecting. Three of those moms, Alessandra Ambrosio, Adriana Lima and Gisele Bundchen, got premiere roles during the torch carrying and opening ceremonies yesterday, Friday, July 5.

Victoria Secret model Alessandra Ambrosio carried the torch when it arrived in Rio and ran with it down the street. She was photographed kissing it right before hitting the road to meet up with the person that runner that would light her torch.

Adriana Lima was overcome with emotion after she was handed the torch.  Even with 8M followers on Instagram, the model often is in the shadow of the more famous Ambrosio and Bunchen. She said it was an honor to be one of the final torch bearers to light the pyre at the center of Olympic Stadium.

“I am grateful to experience this incredible honor and dream to carry the Olympic torch, so humbled to be carrying in my home country Brazil,” she captioned a photo of herself beaming with pride while holding the torch.

Speaking of Gisele.  Brazil wouldn’t leave out its most famous star. She headlined a runway show and walked down an expansive catwalk outfitted in a gold sparkling gown by Brazilian designer Alexandre Herchcovitch. Slay Gisele!

Supermodels are supposed to be divas but Bunchen showed she could get down with the masses. After her solo catwalk, she joined her fellow countrymen in the stands to celebrate. Obviously, she too was overcome with national pride. This isn’t the last you’ll see of these beauties during the games. They will also serve as NBC food and culture contributors during the games alongside Ryan Seacrest.

No escritório. At The Office today with @ryanseacrest @alessandraambrosio ?

So what else happened when we were away? Hmmm Oh yeah, Fergie dropped a very hot video called M.I.L.F. after the famous moniker given by a mom one would lust after from the movie American Pie. But in Fergie’s version, the F stands for “follow.”

In the video, set in a  straight out of a scene from The Stepford Wives and reminiscent of a  caricature of a perfect 1950s planned community, Fergie tantilizes a milk delivery man with her overtly sexual and suggestive dance moves and gestures.  There is a milk theme and the video even includes a woman breastfeeding.  And the other great thing is that she has assembled a squad of Sexy Moms.

a sometimes model and singer Ciara, seen above with model turned actress

But be warned the video is totally N.S.F.W. (not safe for work) and there is ample use of the word F%&$#.

Watch it yourself:
0 comments

The 2016 CFDA Fashion Awards went down at the Hammerstein Ballroom this past Monday, June 6, 2016 in New York City. Several of our blog alums were present including Beyonce who took home the Fashion Icon Award. She shined in a glittery box cut pin-striped suit with a wide bring black hat.

“I want to say thank you to every designer who works tirelessly to make people think they can write their own story. Y’all are fairy godmothers, magicians, sculptors, and sometimes even our therapist,” Bey said during her speech (via Vogue). “I encourage you to not forget this power you have or to take it lightly. We have the opportunity to contribute to a society where any girl can look at a billboard or magazine cover and see her own reflection. Soul has no color, no shape, no form. Just like all of your work, it goes far beyond what the eye can see. You have the power to change perception, to inspire and empower, and to show people how to embrace their complications, and see the flaws, and the true beauty and strength that’s inside all of us. Thank you so much for this incredible award, I’ll never forget this night. God bless you all. Thank you.”

Her daughter Blue Ivy walked the red carpet for the first time with her mom and dad before the event.

Ok. This 2016 Red Carpet report is very late because this year, instead of just covering the Red Carpet, I actually took the time I usually spend to assemble my red carpet coverage to instead  actually watch the show. Wrong move.

Besides a few highlights, the 58th annual Grammy Awards held at the Staples Center in Los Angeles, California was very underwhelming. Even the fashion on the Red Carpet was * meh * .

One of the best parts wasn’t even in the show, but our Bellyitch Bumpwatch alum Gwen Stefani doing the first ever Live Music Video of her latest single “Make Me Love You” in a Target sponsored spot.

I kept wanting the award show broadcast to get better but it didn’t really rise the level of awesomeness I’m used to. Anyway, so enough of my excuses. Back to the Red Carpet coverage.

This year, the theme I saw woven in many of the looks was Black. Also there were plenty deep Slits in the leg and I saw several lesser-known designers shine.

As usual, while many people stood out, we focused on the celebrity moms we’ve featured on the blog before.

Alessandra Ambrosio stayed true to Versace and her ring game was on fire!

Ciara bared leg and then some in a sexy Alexandre Vauthier Haute Couture gown. I dare say she won the battle of whose slit could go up the farthest.

And Carrie Underwood looked stunning in a Nicolas Jebran satin ball gown also with a deep side slit.

Adele stuck to her signature black in a sequinned Givenchy dress accented with Lorraine Schwartz jewels.

Mom-to-be Chrissy Teigen looked quite royal in Yousef Al-Jasmi with Stuart Weitzman heels and Lorraine Schwartz jewels. Between the heels and the long cape, I admit I was biting my nails in hoping she didn’t trip given she’s in her third trimester of her pregnancy.

Vanessa Lachey went for the vixen look in her Michael Cinco butterfly overlay sequined dress with a very sheer bottom.

Adele did deviate from black and went with Givenchy again for her stage performance of her latest single “All I Ask”.

She had a slight glitch in the beginning when the mics for the piano apparently fell off and landed on the baby grande’s strings. It made her sound off pitch or key at times. Apparently, those in the Staples Center couldn’t tell as they heard a near flawless version of the song.

Underwood also rocked out with Sam Hunt on stage

And finally, Queen Bey made an appearance to announce Record of the Year in slick back hair, natural make up and a organza, lace and embroidered gown.
photos: Getty

Each year, many of the celebrity parents we’ve followed in the past and others dress up as a family for Halloween and share their photos of their night in social media. This year was no different and we have rounded up some of our faves from the night for you.

Emily B and family

Hilaria and Alec Baldwin and family

Monica and Shannon Brown and family

Kim Zolciak-Biermann’s twins Kane and Kaia as an elderly couple.

Kim Kardashian as herself from her colorful outfit she wore while pregnant with North at the Met Ball.

Tamera Mowry-Housley and fam as Mary Poppins, with Aden as an Incredible.

KourtneyKardashian and her super hero family

Penelope Disick and North West as Elsa and Anna from Frozen

Scary Tia Mowry and the Hardricts

Vanessa and Nick Lachey and family as A Toy Story

This Easter, some of the celebrity women Bellyitch has “bump watched” over the years shared some of the fun and festive ways they celebrated the holiday in social media. Here is a summary of some of them:

Happy #Easter from The McDermotts!

The weekend is here. If you’re not hold up and snowed in like many in various parts of the United States, you may be looking for a cute and chic weekend look or style inspiration.

Today, I’m into black. Well, everyday I’m into black, and not just because it is slimming but because it’s an easy color to appear chic and put together in if you’re going to do monochromatic.

I’ve curated some top celebrity looks from moms we’ve featured here in the past including Gwen Stefani, Gisele Bundchen and Alessandra Ambrosio who were spotted looking fab in recent weeks in all black.

I’ve included a splurge version that includes some of the actual designers the celebs are in and a SAVE version that cost about $100 or less. 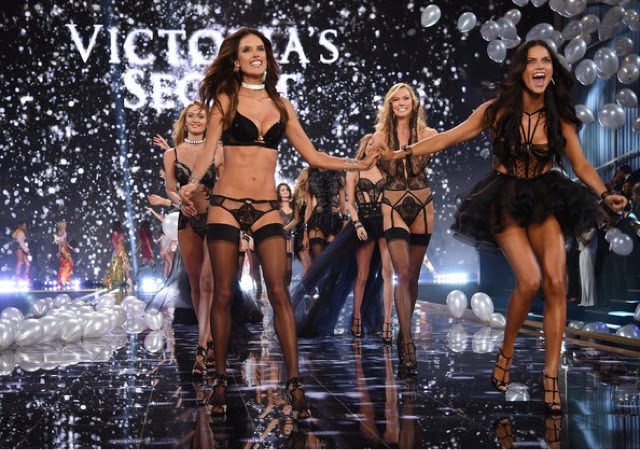 Three of our Bellyitch Bumpwatch alums walked in the 2014 Victoria Secret Annual Fashion Show, this year held at Earls in London, England last week.
Even though we missed seeing one of our Bellyitch Bumpwatch alums Miranda Kerr who has “graduated” from the event, Lily Aldridge graced the stage as did Brazilian beauties Alessandra Ambrosio and Adriana Lima.

Ambrosio and Lima are rumored to have walked for the last time this year as well.

These ladies are getting so hot and sought after that I’m sure their asking price to rip the runway is getting up there.

Ha! More room and time for Aldridge, who is married to the lead Caleb Followill  singer in one of my favorite bands Kings of Leon.

All looked svelte and saucy in their body-hugging outfits they each wore to the show’s after party. Check out some of the pics: 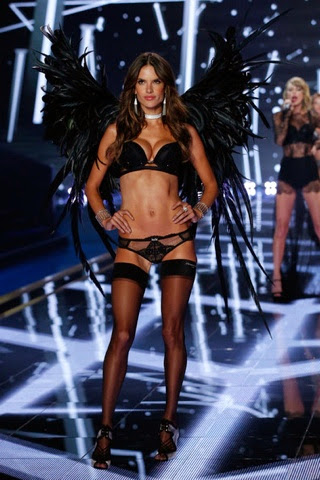 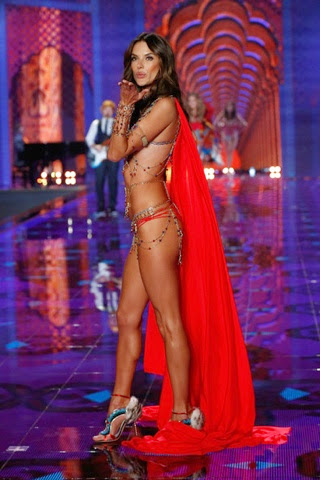 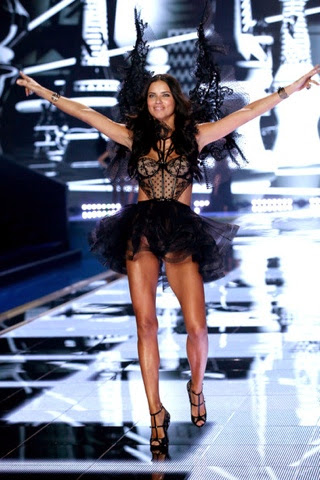 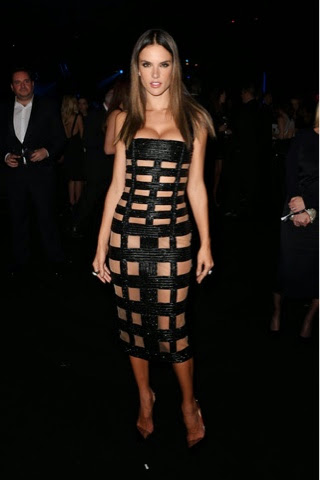 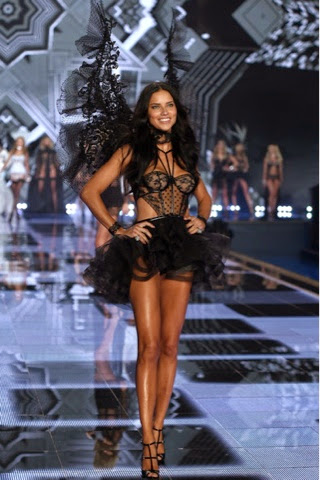 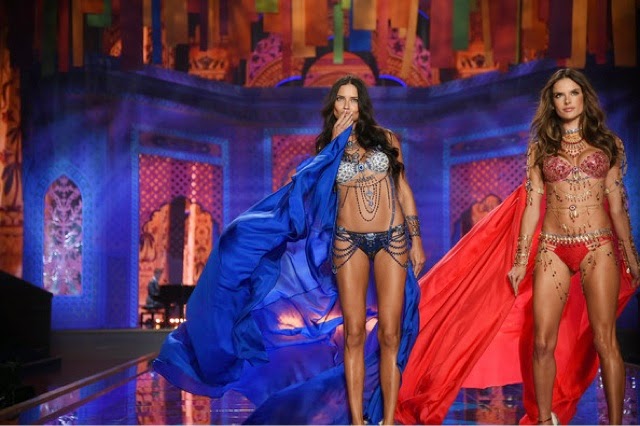 Lima and Ambrosio final walks, serenaded by the talented Ed Sheeran. (love him!) 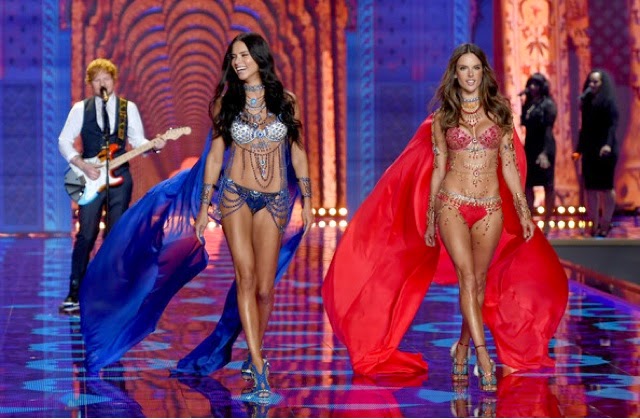 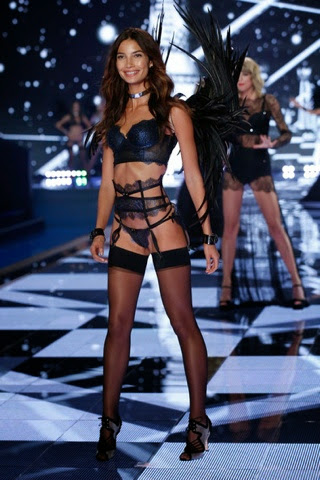 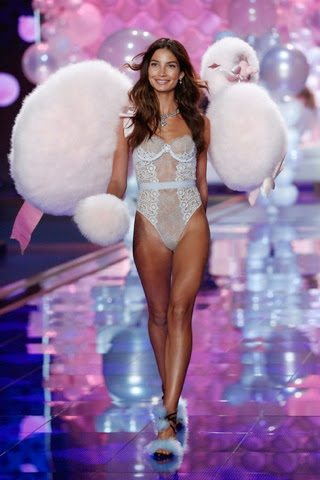 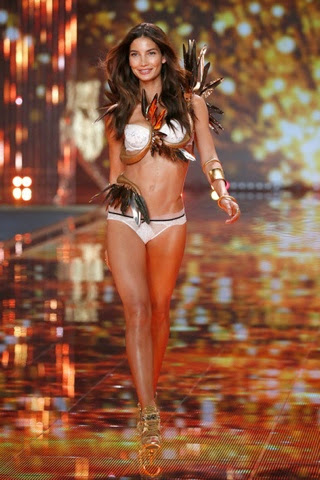 Today is Thanksgiving and many families are taking the time to gather and celebrate all they are thankful and grateful to have. We checked into social media to peep what some of our Bellyitch Bumpwatch alums, current moms-to-be and other past featured moms are doing this Thanksgiving Holiday week.

The Mercedes Benz New York Fashion Week is wrapping to a close and we spotted at least one pregnant celeb at runway shoes wearing very sensible low heels.

When women are pregnant, their center of gravity and weight shift and are off balance. This fact combined with extreme high heels can be an utter disaster.  A topple can be dangerous to you and your unborn baby especially if a terrible fall lands you on your tummy.
This discussion represents an excellent opportunity to share top podiatrists Dr. Catherine Cheung and Dr. Bob Baravarian‘s tips from their recent post at HelloMD on wearing high heels.
It included this awesome visual infographic.