So what else happened when we were away? Hmmm Oh yeah, Fergie dropped a very hot video called M.I.L.F. after the famous moniker given by a mom one would lust after from the movie American Pie. But in Fergie’s version, the F stands for “follow.”

In the video, set in a  straight out of a scene from The Stepford Wives and reminiscent of a  caricature of a perfect 1950s planned community, Fergie tantilizes a milk delivery man with her overtly sexual and suggestive dance moves and gestures.  There is a milk theme and the video even includes a woman breastfeeding.  And the other great thing is that she has assembled a squad of Sexy Moms.

a sometimes model and singer Ciara, seen above with model turned actress

But be warned the video is totally N.S.F.W. (not safe for work) and there is ample use of the word F%&$#.

Watch it yourself:
By Jeneba Jalloh Ghatt
erfieFergiem.i.l.f.
How Our Fave Celeb Moms Celebrated the Fourth of July Weekend
Blake Lively Bumps it Up with Taylor Swift’s Squad on July 4th 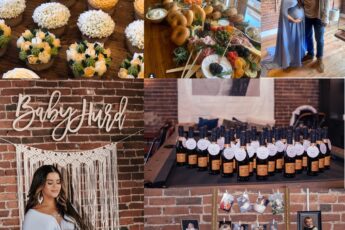