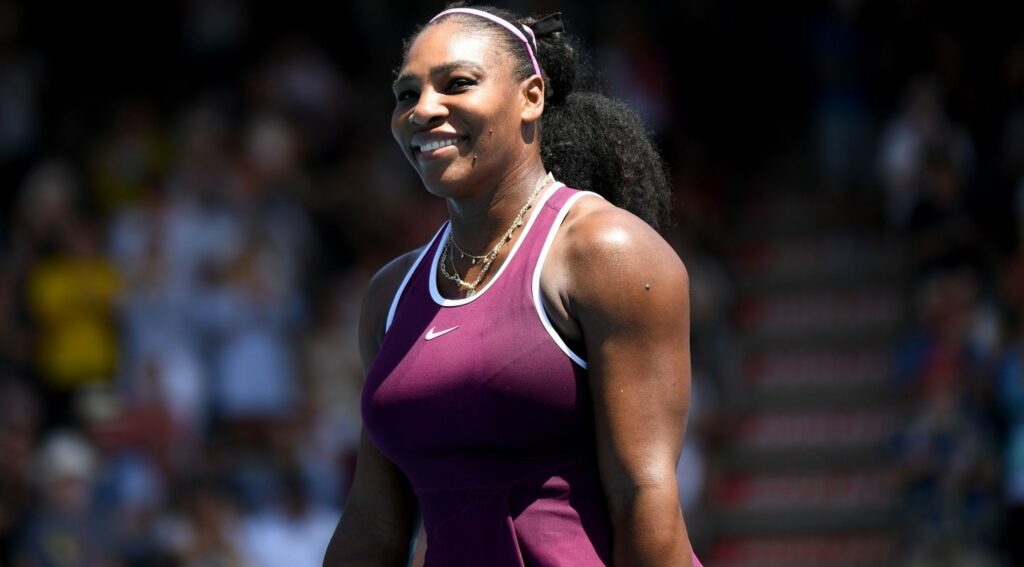 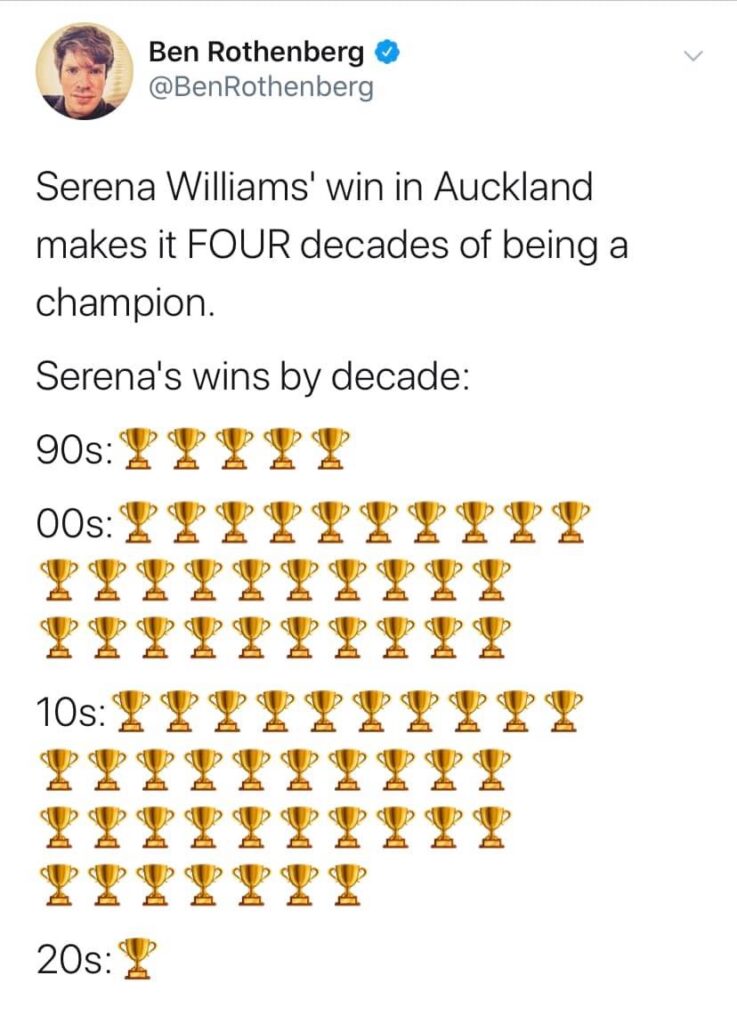 Serena Williams delighted fans around the world with an uplifting message in the wake of her surprise defeat at the French Open this week.

The 23-time Grand Slam winner is an inspiration to moms everywhere as she continues to excel after giving birth to Alexis Olympia Ohanian Jr. in September 2017.

She is now 37 years old and most players would have retired by now, but Williams continues to compete at the highest level. She slumped to a shock loss to world number 37 Sofia Kenin this week, but she was praised for her response.

“Yesterday was not my day,” she wrote in a heartfelt Instagram post. “But it’s about getting up time and time again after you fall. Here’s to a multitude of tomorrows.”

Eva Longoria and Ciara were among the celebrities to salute her message.

Williams suffered a pulmonary embolism after giving birth, leaving her bedridden for six weeks and delaying her return to training, but she has continued to excel and she finished runner-up at the US Open last year.

That followed victory at the 2017 Australian Open while pregnant, showing just what a magnificent competitor she is.

Leading betting sites like sportsbetting.ag rank her among the frontrunners to win Wimbledon and the US Open later this year, and it would be a brave tennis fan to bet against her.

She is widely regarded as the greatest player of all, having secured the most Grand Slam titles in the Open Era, and she is just one behind Margaret Court, who has 24 Grand Slams, on the all-time list. If she can win one more Slam she will move level with Court and that would be an amazing story for an athlete that serves as a tireless champion for all mothers.

Yet Williams has also faced a great deal of criticism this week after Australian clay court specialist Dominic Thiem was ousted from his press conference in order to make way for her.

She wanted to get her post-match press duties over and done with as quickly as possible after her defeat to Kenin, but she was told that Thiem was using the room.

After further talks, officials decided to kick him out to accommodate Williams, prompting a furious reaction as he accused her of having “a bad personality”.

“I don’t really get it, seriously,” he said. “I mean, what the hell? No, but it’s a joke, really. I have to leave the room because she’s coming? It doesn’t matter if it is me who sits in there, even if a junior is in there. I am 100% sure Roger Federer or Rafael Nadal would never do something like that.”

Eurosport pundit Annabel Croft slammed her behaviour and demanded she apologize to Thiem.

“It is a question of who is in charge here. It is unbelievably disrespectful to a man that is still in the draw,” said Croft. “She should be made to wait an extra five minutes until finished. Had it been a role reversal there would have been absolute uproar. It’s just appalling.”

There has been no response as of yet from Williams, but it could be a misunderstanding.

Some say she asked for Room 2 and not for Thiem to be moved, and the organizers just decided to evict the Austrian from the main room. Staff at the French Open have questions to answer.

Williams also had every right to be keen to get media duties out the way as quickly as possible.

She had lost and she would have been desperate to get back to her daughter as soon as possible, so everyone should give her the benefit of the doubt and let her get on with dazzling on court and being a great mom.

Twenty -two years ago, at age 16, Martina Hingis became the youngest woman to win the Australian Open finals and now Hingis served up a new title, “mom” when she welcomed her first child, daughter, Lia this year.

The former No. 1 WTA player announced the birth over Twitter last week.

“And then we were three!” she captioned a photo of herself cradling her newborn in front of husband, Harald Leemann, a former sports doctor. “Harry and I are excited to welcome our baby girl Lia to the world. We are already so in love.”

The Swiss announced she was expecting on social media last Fall, on September 30, 2018, on her 38th birthday.

Before retiring for the final time in 2017, Hingis won 20 Gran Slams in both women’s and mixed play. 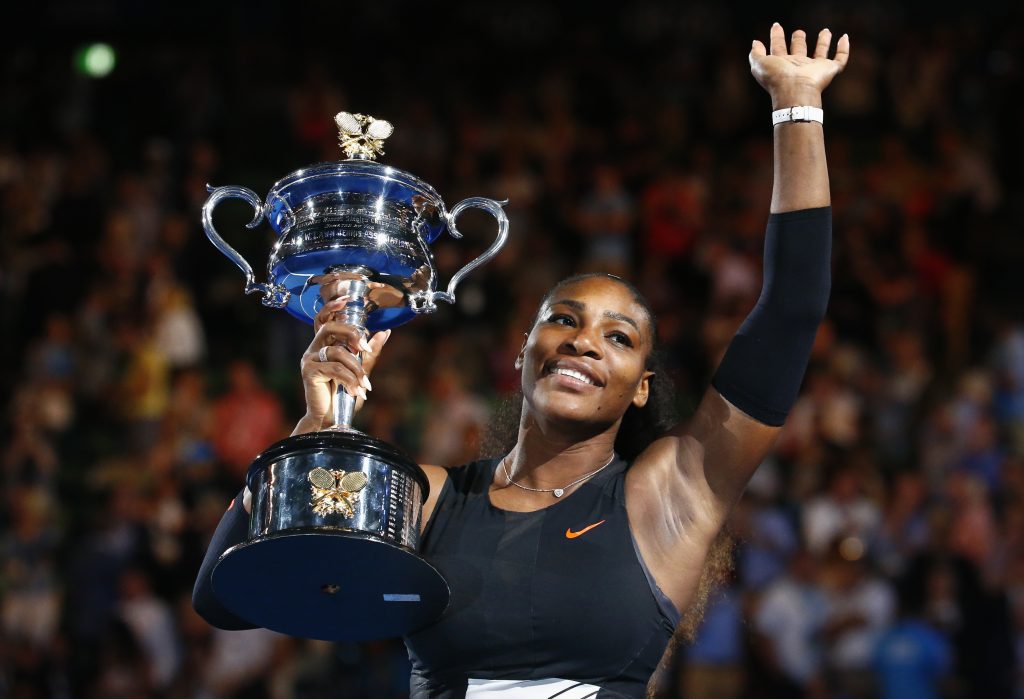 Serena Williams famously won the 2017 Australian Open while she was 9 weeks pregnant but on Thursday, the 23-tim Grand Slam champ said she won’t be defending her Australian Open title this year.

It has only been 5 months since she gave birth to her first child, daughter Alexis Olympia Ohanian, Jr. The newly wed to Reddit co-founder Alexis Ohanian turned Snaphcat to share the news, stating in part:

“My coach and team always said ‘only go to tournaments when you are prepared to go all the way’. I can compete – but I don’t want to just compete, I want to do far better than that and to do so, I will need a little more time. With that being said, and even though I am disappointed about it, I’ve decided not to compete in the Australian Open this year.

“The memory of last year’s Open is one that I will carry with me, and Olympia and I look forward to coming back again. I appreciate the support and understanding of my fans and everyone at the Australian Open.”

The tennis tournament begins on the 15th of this month.

The Australian Open tweeted best wishes shortly after her announcement, saying in part: “Good luck for the rest of 2018, Serena! We’ll miss you”

Unfortunately @serenawilliams has withdrawn from the #AusOpen.

“I can compete – but I don’t want to just compete, I want to do far better than that and to do so, I will need a little more time.”

Williams had tried to push it by registering for a tournament last month but didn’t make it out the first round. She lost to French Open champion Jelena Ostapenko in an exhibition in the United Arab Emirates on Saturday.

“I don’t think I am going to rate my performance,” Williams said. “I have plenty of comebacks, from injuries, from surgeries, but I’ve never had a comeback after actually giving birth to a human being. So, in my eyes, I feel it was a wonderful, wonderful match for me.”

Williams struggled with her serve and Ostapenko won 6-2, 3-6 and then 10-5 in a super tiebreaker, but as US Open opined, she  “still impressed to take a set off the No. 7-ranked Ostapenko after nearly a year away from tennis.”

She can do it and there is a track record for it! 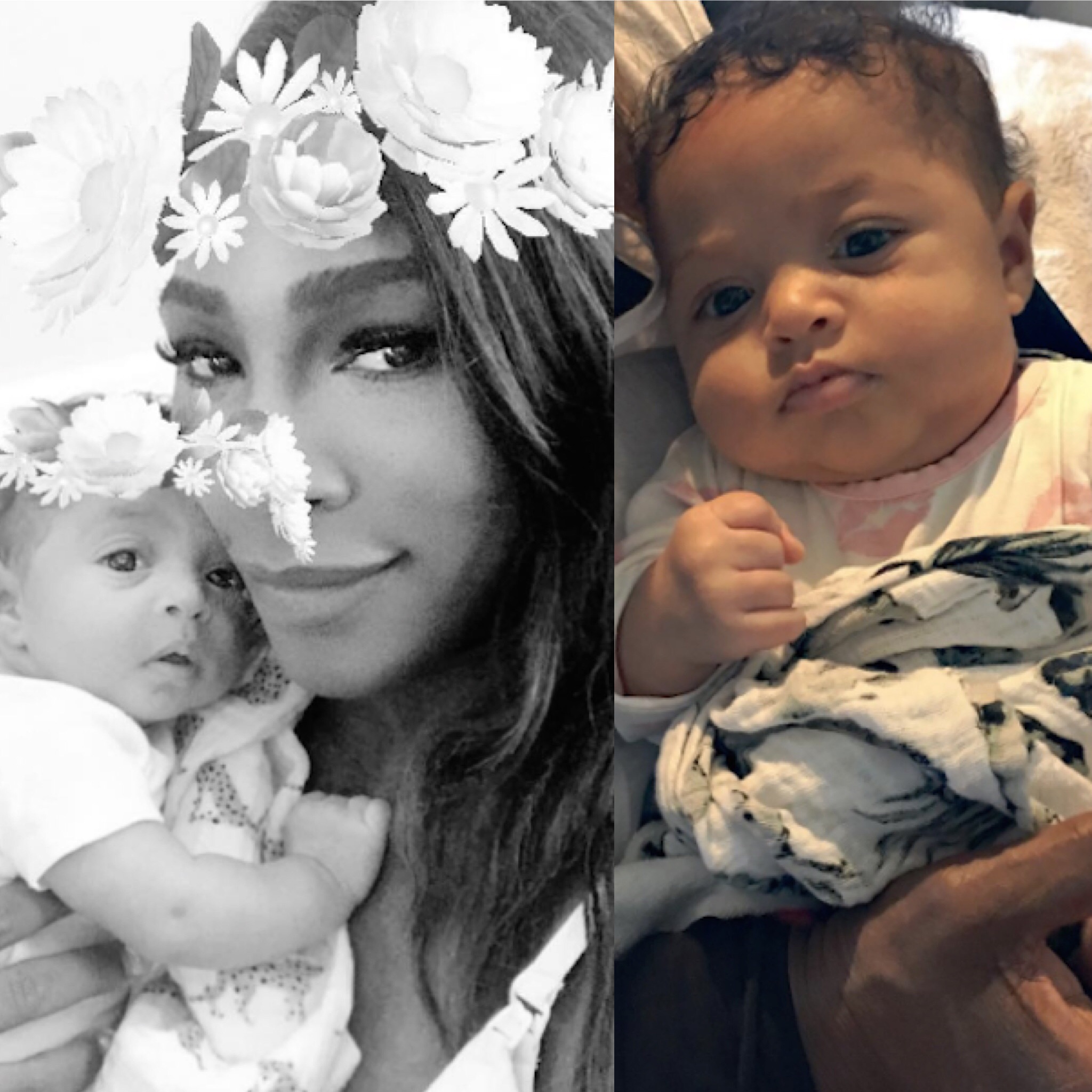 The record-breaking Tennis star announced the news on Snapchat today, showing off her baby bump while wearing a yellow bathing suit and belly chain.

She captioned the photo “20 weeks”.

The expectant arrival will be the first for Williams and her fiancé Reddit Co-Founder Alexis Ohanian.

But what else is amazing about this news is the fact she was pregnant when she defeated her sister Venus Williams during the Australian open in January!

Congratulations to the reigning, but retired, Australian Open champion Li Na who announced to a crowd of 15,000 in Melbourne, Australian yesterday that she is expecting her first child. During a ceremony to commemorate the launch of a tournament at the Rod Laver Arena, Li announced, “[Husband and coach] Dennis [Jiang] and I are so excited. Our first child will arrive in the summer,” Li told the crowd to raucous applause and cheers. It was right before Roger Federer played a night match.Shortly after wining her first Australian Open last year, the Chinese Tennis star retired. Previously, she had won the 2011 French Open and was a finalist in Australia in 2011 and 2013.
After the ceremony, Li posted a super sweet message on Facebook to her fans. We’ve covered tennis champs Roger Federer, Kim Clijsters and Lindsay Davenport before and are pleased to welcome Li to bumpwatch!
I watched Na play at the US Open last year. I was rooting for her to win back in 2011 when she played the Australian Open so long a fan. What a power player and soon to be a power mom!