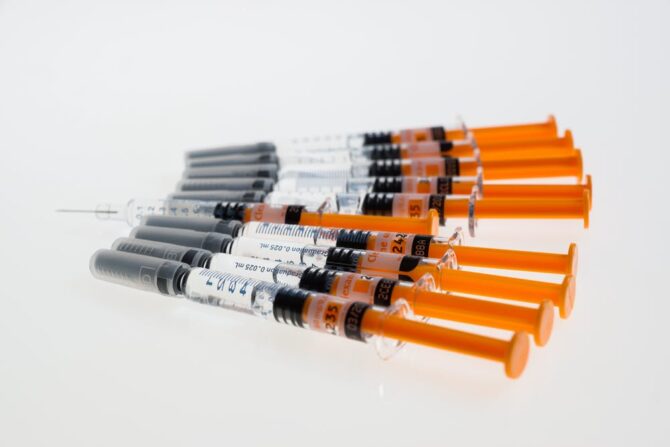 As women have children later and later in life, the need to take medications during pregnancy is on the rise. Unfortunately, because very few studies have been conducted on how medications work in pregnant women, we’re really in the dark as to what kind of effects they have on both women and their fetuses. But new legislation aimed to address this lack of knowledge has finally been proposed.

Pregnant women are warned against eating or drinking many things—alcohol, caffeine, sushi, soft cheeses, to name a few—and when it comes to medication, similar precautions are taken. The problem is we actually have no idea how most medicines affect pregnant women or her fetus.

“I think it’s very important for anybody taking care of pregnant women on medication to understand that there are significant risks to not treating pregnant women,” says Maged Costantine, an Ob/Gyn and Associate Professor in the Department of Obstetrics and Gynecology at the University of Texas Medical Branch

Texas is the second state in America to experience a Zika-infection based on a home-grown mosquito. Florida was the first though Miami has  recently been cleared of all Zika-carrying mosquitos.

Now although mosquito season has sunsetted for now, the scary outcome of local virus-carrying insects could mean that the rest of the US is susceptible for its mosquitoes to start carrying the dangerous virus which causes deformity in babies being incubated if their mom is bitten and become infected.

While the Centers for Disease Control and Prevention continue to study the epidemic, and issue warnings and advice based on its findings, everyday folks must remain vigilante and be sure to wear mosquito repellent. This precaution is especially necessary for pregnant women, including those that live in warmer climates where mosquitoes exist or are flying around.

In addition to repellent, some clothing manufacturers are beginning to produce clothes that have an added repellent effect. For example, Nobitech is a Los Angeles, California-based athletic apparel company that sells garments treated with Skintex MR III, which is the only apparel treatment approved by the Environment Protection Agency to repel mosquitoes using microencapsulated technology.

Some of the garments in apparel 2016 Rio Summer Games athletes wore had Skintex technology which repels ants, flies, chiggers and midges, and is touted as a supplement to repel mosquitoes that may carry the West Nile Virus, Zika and Lyme disease-carrying ticks.

As an avid runner, serial charity race participant and outdoor trainer and exerciser, I was quite excited to receive a complimentary  long sleeve pull over top with a zipper (retails: $32.85) and running pants (retails: $55.75) to review. They both are made 100% of  microfiber polyester pk maX and fit ultra comfortably while  looking quite stylish. You wouldn’t even know they had a dual purpose because they resemble any other athletic clothing on the market, complete with the inherent moisture wicking quality.

For running and biking in the late evenings, there is reflective tape in the front and back. I also think I looked super cute in it and had to take a selfie for the Gram. (smile)

The clothing has a shorter shelf life than some because they are only effective for 25 washes. Afterwards, it loses its repellent effectiveness and that is because the durable carrier used to bind permethrin to the garment dilutes over time. Also, to maintain effectiveness, the clothing should be washed separate form other clothing or washables. After worn out, the makers suggest that the clothing not be re purposed but instead disposed of in the trash so it does not contaminate water, food, or feed for storage or disposal.

The price point starting at just $19.95 is pretty decent and very competitive given that, when combined with wearing mosquito repellent on the skin, you’re getting extra protection from life-altering viruses when wearing Nobitech clothing.

There are no maternity sizes but they go up to XXL and the material has plenty of stretch to accommodate a growing tummy for those who are expecting and love exercising outdoors or who simply want the extra protection of mosquito repellent clothing when out and about.

It’s a good choice for those who may just want to stay holed up at home while expecting. This clothing should provide some extra level of comfort if anything because it’s just an additional step of precaution. Get yours on their website at Nobitech!

Speculators believe he is also fearful of contracting Zika, a disease which results in flu-like symptoms to adult carriers but is sexually transmitted and can result in birth defects to an incubating fetus.

Curry and his wife Ayesha Curry have a wonderful franchise of their own in their adorable daughters Riley and Ryan Curry. If they were to accidentally build on #TeamCurry, they’d be risking the next member being negatively effected by Zika.

Also…here is another reason that married and/or sexually active speculators need to consider: the Centers for Disease Control recommends that men who travel to Zika-effected regions to abstain from sex or use condoms for six months after leaving the region if they start exhibiting symptoms of the disease.

That’s right, the unknown nature of this virus has caused the agency to go even further given that symptoms may not show up immediately.  It is recommended that men abstain altogether whether or not they have a positive test.

Well…there’s some motivation right there to keep some married men with wives of child-bearing age away, huh? (wink)

Of the 273 confirmed Zika cases on the U.S. mainland, 9 involve pregnant women. Six of those cases were transmitted sexually, the CDC said.

April is Youth Sports Safety Month. Sports can have a tremendously positive impact on kids’
lives.  A positive experience in sports
can benefit a child not only physically, but socially and emotionally.  Sadly our current youth sports system is
leading to a number of preventable injuries.
In fact, according to the Centers for Disease Control (CDC), more than 3.5 million children under 14
receive medical treatment for sports injuries each year.  When it comes to high school athletes, they
are clocking in 2 million injuries a year.
Keep your young athlete safe, healthy and happy with these top six youth sports safety tips tips from the experts at personal coaching company, CoachUp
1. Health, Sleep and Nutrition.  Set your child up for a long, healthy career
in sports by making sure they are eating a balanced diet and are sleeping
regularly.  Always have your child’s
annual physical up-to-date and be diligent with following up on their doctor’s
orders, especially for children with conditions like diabetes.  Never hesitate to bring your child to their
doctor if they are experience pain or feeling ill.
2. Concussion and TBI Awareness.  Make sure both you and your athlete are aware
of the symptoms of traumatic brain injuries, as well as, the long term impacts
of such an injury.  When in doubt, refer
to the guidelines outlined by the CDC and remember to bring your child to a
medical professional immediately if you suspect your child might have sustained
a TBI.
3. Hydration and Heat Related Illness Awareness. Your child
should always be properly hydrated before participating in any physical
activity. Especially if your child’s sport is rigorous or performed in elevated
temperatures, both you and your athlete should be aware of the symptoms of heat
related illnesses such heat exhaustion and heat stroke.
4. Strength, Conditioning and Flexibility Programs.  Particularly for middle to high school
athletes, a well-rounded training program is vital for preventing common
overuse injuries. Your athlete should be diligent about following the strength
and conditioning, and flexibility programs their coach prescribes. Your athlete
might need some extra support with regard accommodations for existing
conditions or injuries or just reviewing proper form, so consider enlisting the
help for a private to work more closely with your child.
5. Sports Performance Stress Management.  As your athlete begins to compete they will
become introduced to the stresses of sports performance.  You can help your athlete by making your home
a stress-free environment and offering your emotional support.  If you think your child is becoming unhealthy
stressed, address the problem with their coach to determine the next best steps
to reduce their anxiety.
6. Rest. Never underestimate the power of rest, whether
that  is a nap, a day off from practice
or a short term break from the sport. Burnout is a very common problem with
young athletes so it  is important to
foster a nurturing relationship with your athlete so they feel comfortable
approaching you if they need a break.
Following these tips will help ensure that your athlete will
have a long-lasting career and positive experience in sports for years to come.
0 comments