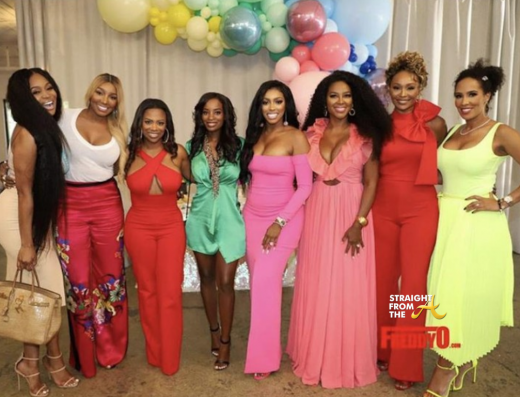 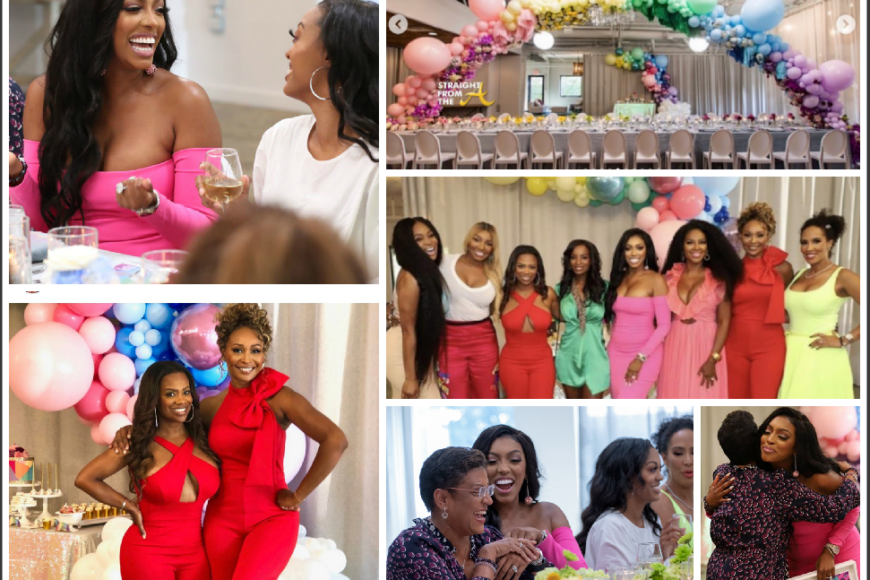 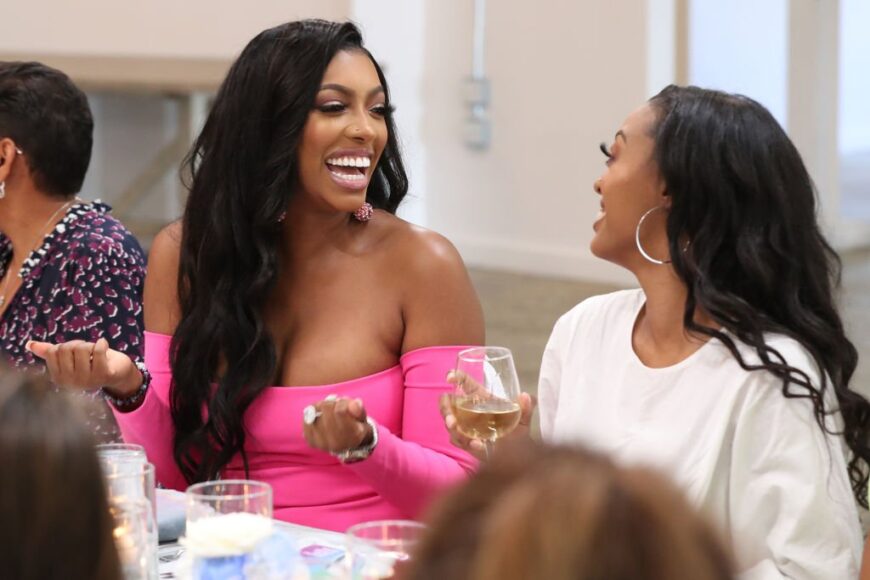 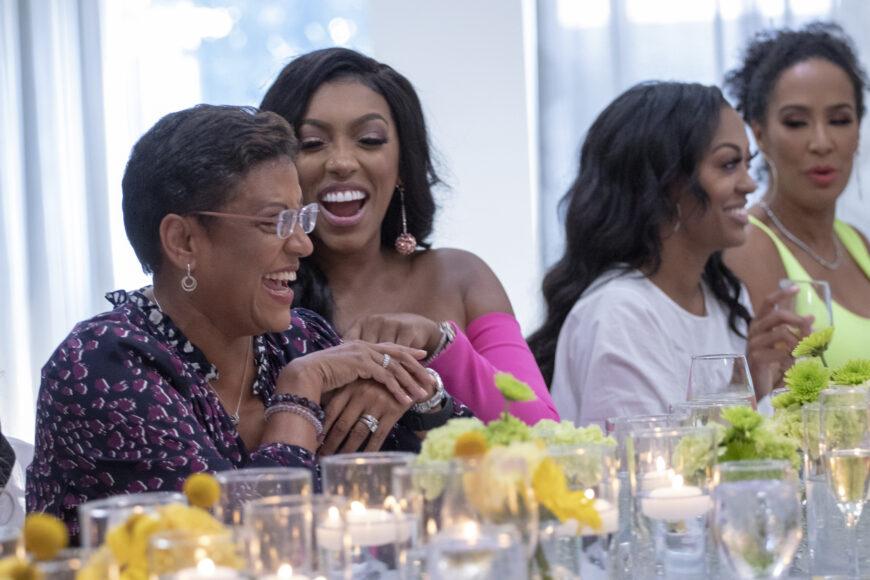 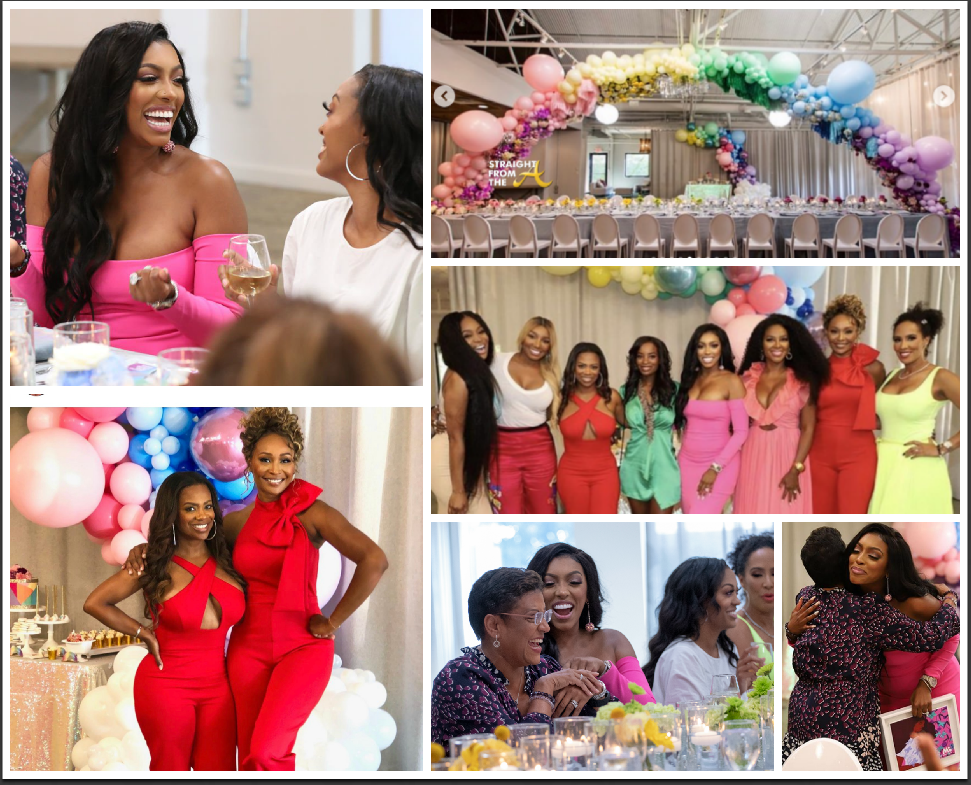 Miscarriage awareness was the theme of a Rainbow Luncheon thrown in honor of babies lost to miscarriage thrown by the March of Dimes in honor of its latest celebrity ambassador Porsha Williams of BravoTV‘s Real Housewives of Atlanta, and featured on Season 12, episode 20.

Over 50,000 others experience life-threatening complications as a result of pregnancy and childbirth each year, and 380,000 babies are born prematurely, and sadly, in the United States, there is a maternal health crisis that disproportionately affects black women.

During the episode which featured the October 2019 event, Williams opened the luncheon by sharing how she suffered a miscarriage alone in her bathroom six years ago, adding that it was something she had never spoken about openly and decided to join the crusade to ensure other women are aware of the prevalence of miscarriage and do not have to go through it alone.

Three of the “Friends of the Housewives” of this franchise of the show also spoke up:

Tanya Sam opened up about having limited egg reserves because she found love later in life.

“I got the news that like I didn’t have a lot of egg reserves so that’s why it was so hard [to have a baby],” Sam, a tech angel investor says. “I recently started talking about it and I find there’s a lot of strength in being able to say that to other women.”

Shamea Morton Mwangi spoke up about having severe complications with her epidural before she gave birth and recovery.

Marlo Hampton shared that she have had two ectoptic pregnancies and used to question God about why she couldn’t have a baby but later resolved to herself that she was deprived of motherhood so she could be in a position to mother her nephews 12-year old Michael and 11-year old Matthew in place of her sister who is mentally incapable of caring for the boys.

Cast member Nene Leakes said in a confessional that she too has had a miscarriage as has her arch nemesis Kenya Moore who struggled with infertility before welcoming her daughter Brooklyn Doris with her estranged ex, Marc Daly. 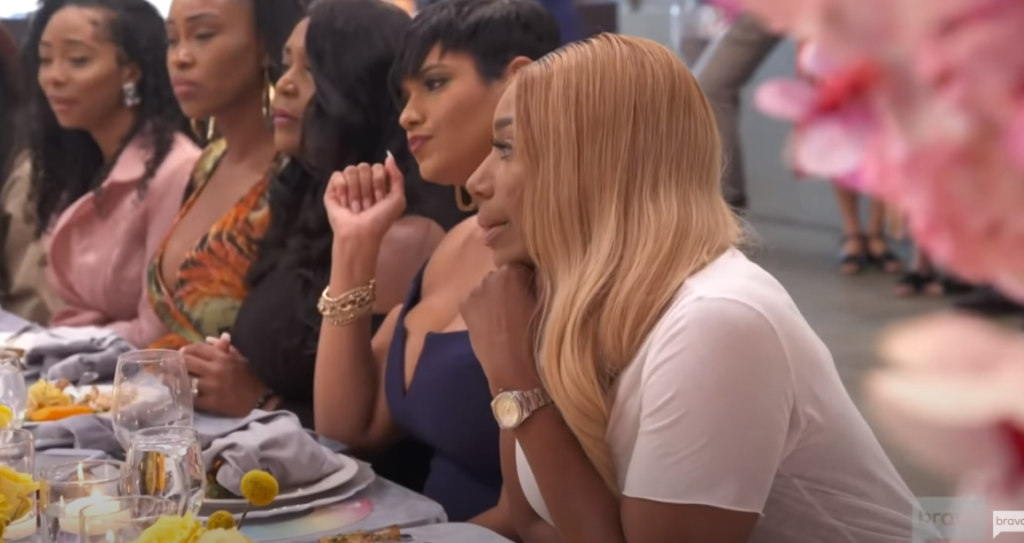 “Being a woman doesn’t mean you are guaranteed to have children.” Moore said in a confessional. ” I nearly died having Brooklyn and you should never shame women for not being able to have children because those are things you cannot change.”

The March of Dimes is hoping Williams will use her advocacy to draw attention to the , as well as to spotlight her own challenges and joys of pregnancy and motherhood.

March of Dimes President and CEO Stacey D. Stewart presented Williams with a painting by a black female artist as a thank you for hosting the event.

Another Bravo franchise Real Housewives of Potomac featured an episode last season centered around three women from that show that suffered miscarriage loss, Monique Samuels, who hosted a Unicorn celebration in lieu of a baby shower, during which co-star and new mom Ashley Darby opened up about her own loss. Friend of the Housewives Katie Rost also has a sad pass with loss.

It was nice. Watch a clip of it here:

Congrats to Real Housewives of Atlanta star Porsha Williams who welcomed her first child, a baby girl on Friday.

“What a time to be alive!” Porsha and fiance businessman Dennis McKinley said in a joint statement to People magazine. “Porsha and I are so happy and blessed to announce the arrival of our daughter, Baby PJ. We couldn’t have imagined a more magical moment! Can’t thank everyone enough for joining us on this journey-it’s been a fantastic journey.”

Her sister Lauren Williams posted, but now deleted, on Instagram a photo of her and Porsha in her hospital room, as well as a screenshot of a text message exchange with Dennis. He wrote, “She’s here.” She responded, “Omggg” and “Lemme see!!!!!!!”

We loved her tender message about the impending arrival in an instagram speech in place of the one she was going to give at the baby shower:

McKinley gave his followers a heads up when he posted a photo from the hospital bed when presumably Porsha was going to be induced.

The good news come after a traumatic loss from her past pregnancy.

“When I found out I was pregnant, I was excited [but] I had mixed feelings,” Porsha told People when she first announced the news. “The other feeling that I had beside excitement was fear.”

She previously told People.com: “I’ve had a miscarriage before in my past, which I’ve also been open about because I suffer with fibroids and had to have a myomectomythis.

“So just the fear of, ‘Is the baby going to be okay? Will I make it full term?’ All those questions that you ask if you’ve had a miscarriage before.”

One thing we can say about Real Housewives of Atlanta star Porsha Williams is that she has mastered the art of the maternity shoot.

The Bravo TV celebrity posted yet another series of maternity photos on her Instagram page this week and I am in love with the Ankara style dress with bell sleeves and mermaid cut, custom tailored by Los Angeles, California based Cameroonian designer Claude Lavie Kameni from her Lavie by CK collection!

The 21-year old is responsible for the viral prom video of a young girl who used the “Wakanda/Coming to America” African theme to enter her prom, and also for the slay on Supermodel Nyakim Gatwech at last year’s Emmys!

It is simply stunning!

The Dish Nation co-host and her fiance Dennis McKinley are expecting their first child together soon after announcing the pregnancy last fall. 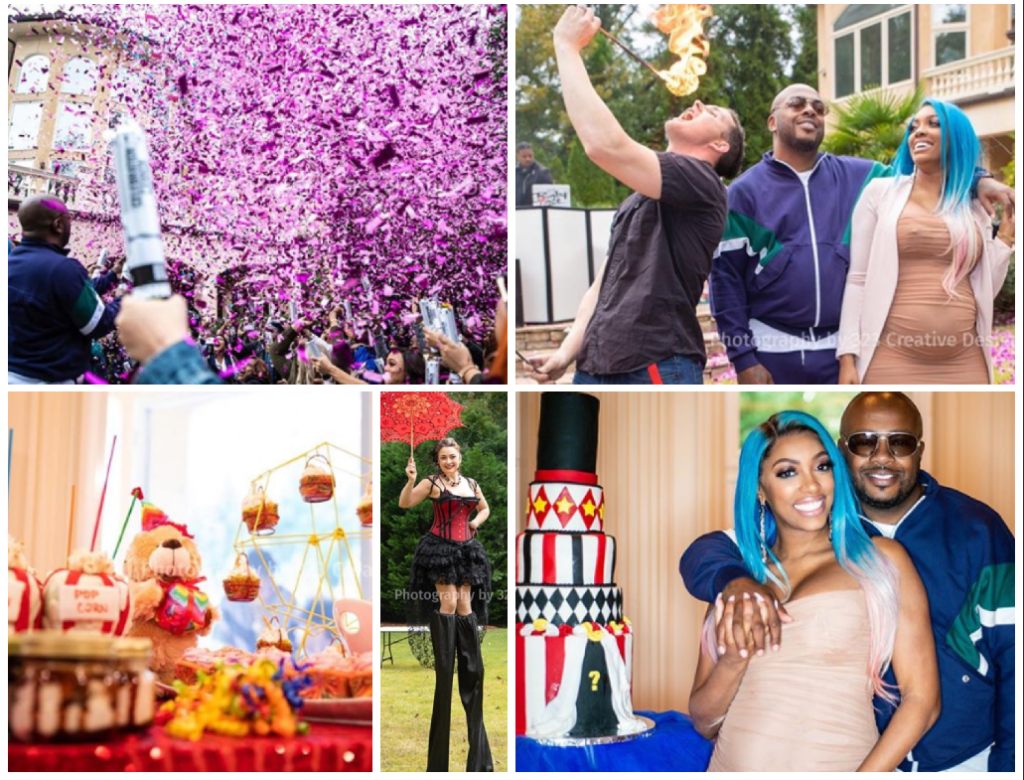 The celebrity Baby Girl Boom continues as Real Housewives of Atlanta star Porsha Williams unveiled during a gender reveal party a couple weeks ago that she is having a baby girl.

“#TeamGirl won,” the Dish Nation host captioned an Instagram video of the moment when she, fiance Dennis McKinley and guests opened up their poppers to an explosion of pink confetti. “My little PJ is on her way.”

She also used the social media platform to give a shout out to her event vendors.

?Wow the shape of a heart ??? Thank you all for all of your LOVE & support ? #BabyMckinleygenderReveal Poppers: @superiorcelebrations #SuperiorCelebrations