Although the concept of Baby Showers is pretty foreign to the British, insiders report that Kate Middleton is planning a version of a shower for her sister-in-law, Meghan Markle.

The baby is due in late April, a few days before their first wedding anniversary, and the Duchess of Cambridge will be hosting the intimate event with family and close staff, likely in her home at Kensington Palace.

Even though the royal couple previously said they were keeping the sex of the baby a surprise, according to recent reports, Meghan is apparently expecting a boy.

This would be the Duchess of Sussex’s second shower because he had a nice intimate one thrown by her American celeb friends Serena Williams, Amal Clooney and her Suits co-star last month.

We have a new British royal on the way  in Meghan Markle and more good news as a Royal in-law just joined the world with the birth of Pippa Middleton‘s son with hubby James Matthews on Monday.

The younger sister to the Duchess of Cambridge, nee Kate Middleton, gave birth to a baby boy on Monday, October 15th at precisely 1:58 p.m. weighing in at 8lb and 9oz.

Media reports that Middleton and baby are said to be “doing well” following his arrival. He joins his Royal cousins Prince George, Princess Charlotte and 6-month old Prince Louis.

He came into the world at the same hospital where his auntie Kate gave birth to all three of her children.

While he won’t be rolling into Kensington Palace, the poor chap will have to settle for his family’s $22 million five-story townhome located in the chic neighborhood of Chelsea.

The Kensington Palace released a statement on behalf of the Duchess and Prince William on the arrival of Pippa’s and James baby. The statement read, “The Duke and Duchess are thrilled for Pippa and James.” Celebrity Baby Scoop reports that Kate didn’t got visit the baby in the hospital because of the paparazzi, something this kid may be spared…or not! ha! 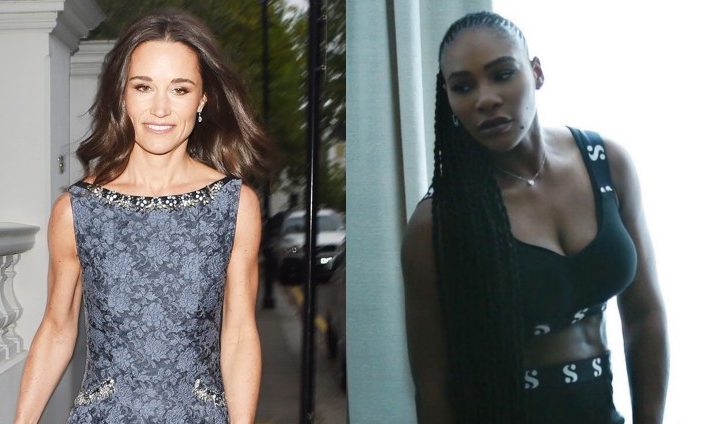 Pippa Middleton is skipping her sis Kate Middleton and looking across the pond for her pregnancy spirit animal: Serena Williams.

The sister of the Duchess of Cambridge, who announced her pregnancy early in the year, wrote in her regular column for Waitrose Kitchen, the monthly magazine for the Waitrose chain of British supermarkets, Waitrose that she sees Meghan Markle‘s buddy Williams as exemplifying what she would like to do whilst preggers and afterwords.

“I’ve been a tennis fan since childhood, as a player and spectator, and have been keen to continue playing safely throughout my pregnancy,” she wrote. “Take Serena Williams. She famously proved that women can play a high level of tennis from two months (when she won the 2017 Australian Open) up to eight months.”

She also pointed out Williams’ perseverance as a source for inspiration.

“Few of us can relate to this elite excellence,” she stated. “But if you’re a healthy, well-trained player with an uncomplicated pregnancy there’s no reason why you can’t continue a good level of tennis.”

Daily Mail recently reported that Pippa has decided to continue playing tennis while pregnant. Well we know where she got that idea from…. (smile)

Williams returned to Grand Slam and passed the first round. 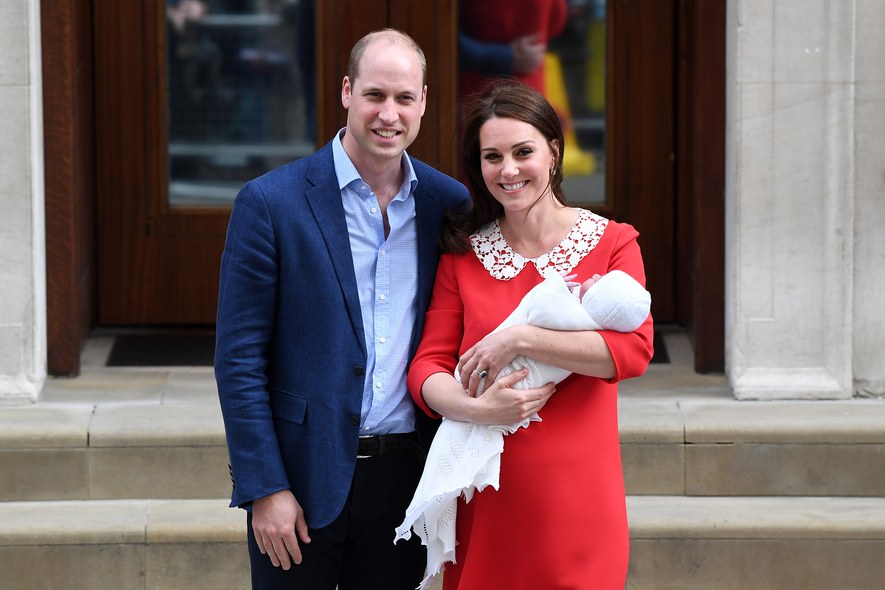 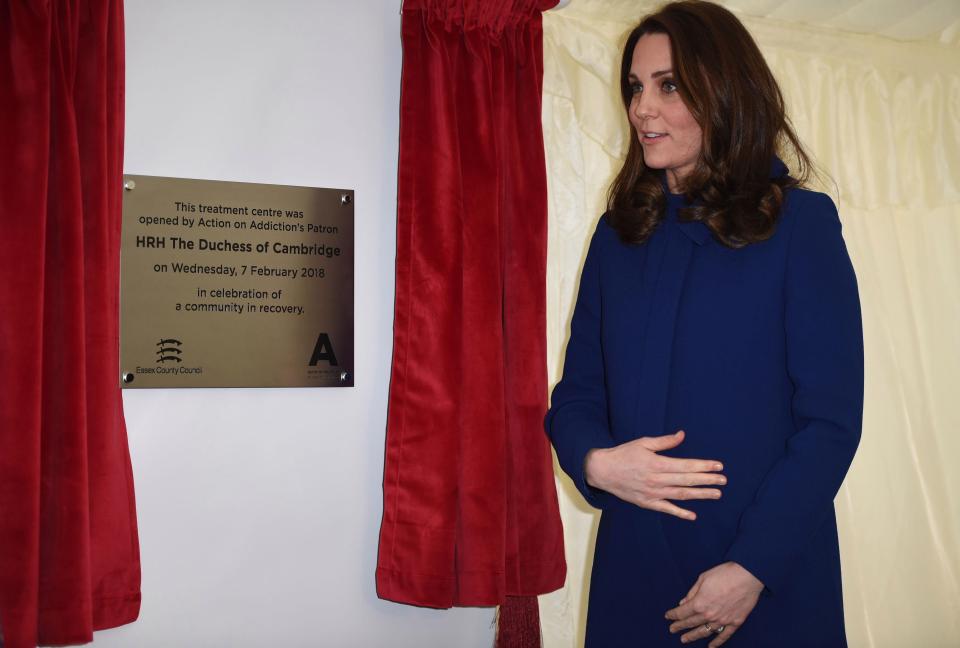 While everyone has been obsessing over Meghan Markle and Prince Harry‘s pending nuptials and the Jenner-Kardashian baby boom, the Duchess of Cambridge and former Kate Middleton has been busy making her royal duties while 7-months preggers.

That’s right, you could barely tell by how tiny her bump is that Duchess Catherine is well into her third and final trimester and a few weeks away from delivering another Royal baby.

The previously most talked about Royal is an official ambassador to Addiction and was photographed recently attending a charity center that helps adults overcome drug and substance abuse.  Now that her extreme morning sickness has subsided, Kate has been doing a lot of appearances of late. 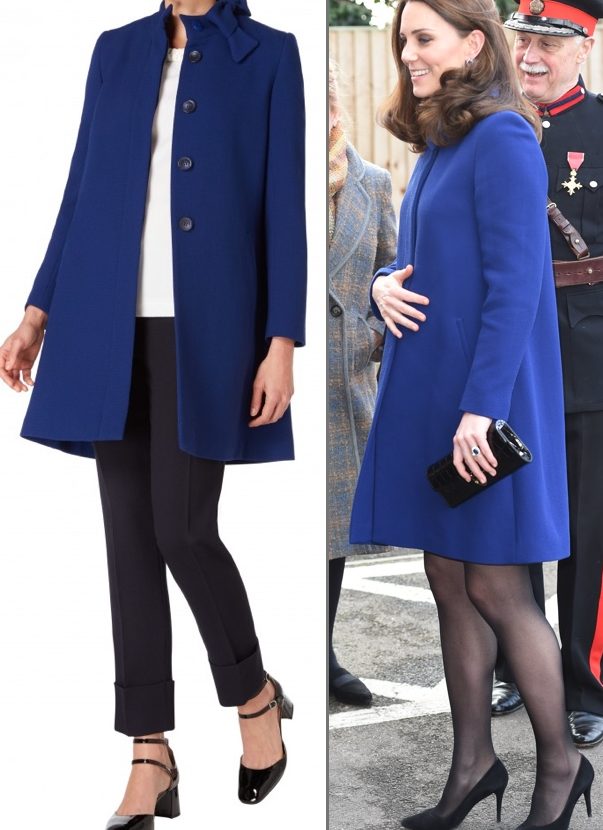 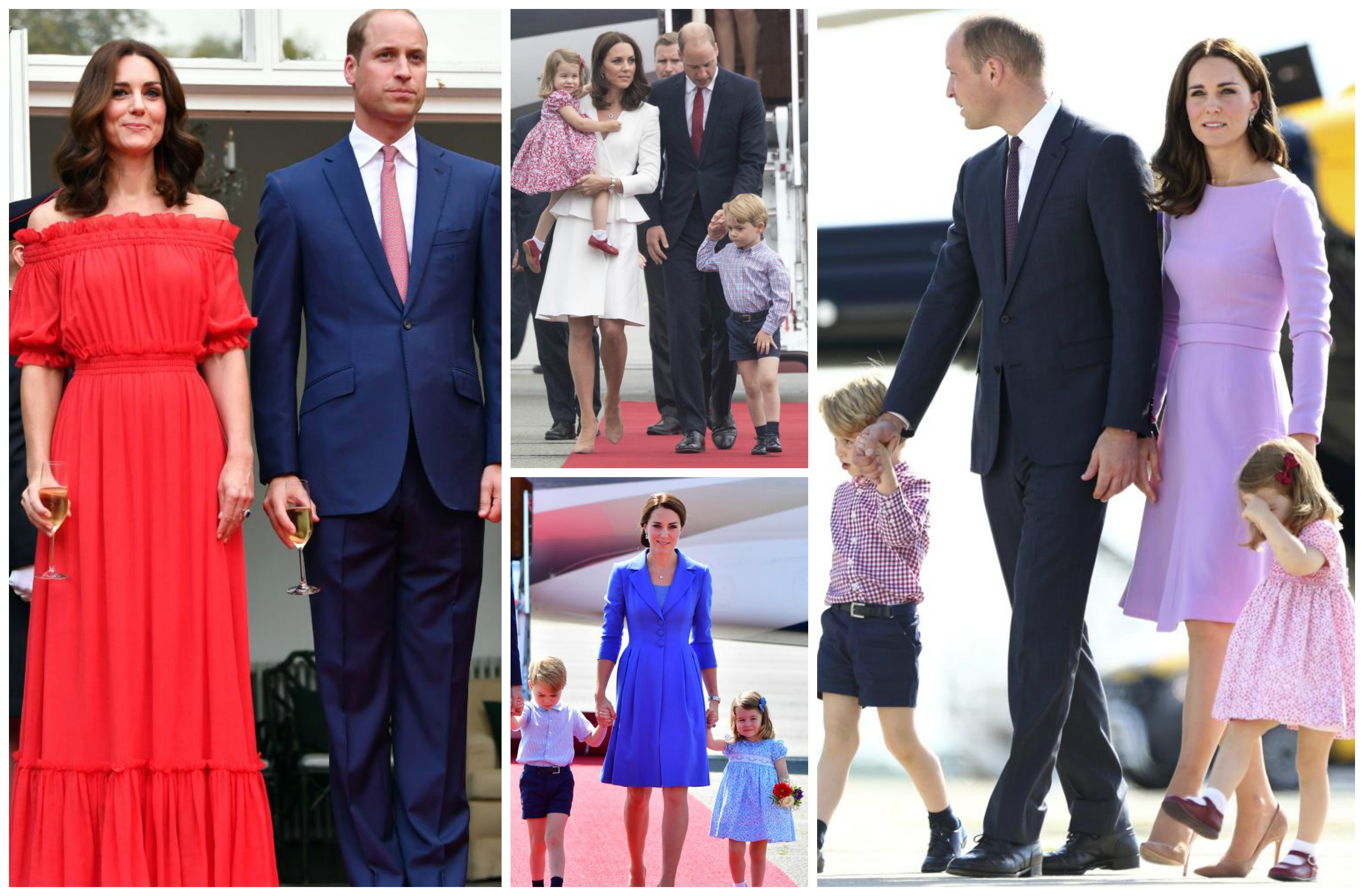 Kensington Palace confirmed today that the royal family are expecting a third child.

The former Kate Middleton is not yet three months along but is experiencing the same extreme morning sickness as she experienced when she was pregnant with Princess Charlotte and therefore would have to skip out on making appearances, hence the decision to come out with the news earlier than normal.

“As with her previous two pregnancies, The Duchess is suffering from Hyperemesis Gravidarum. Her Royal Highness will no longer carry out her planned engagement at the Hornsey Road Children’s Centre in London today,” the statement said. “The Duchess is being cared for at Kensington Palace.”

We usually don’t like to step on pregnancy announcements before formally made (yeah right!? ?), but gossip sites are claiming that Kate Middleton (Duchess Catherine of Cambridge) is expecting her third child.

Star magazine reports that during afternoon tea, George went up to his great grandmother, the Queen and told her he had a secret. The room went silent and then he spilled the beans.

From Hollywood Life which reminds us that Kate has said she wants 5 kids by age 40:

“It ended up being incredibly sweet. George approached his great-grandmother and exclaimed that he had a secret to share. The room went quiet when he said that ‘mummy has a new bubby in her tummy!’” The queen allegedly called for a champagne toast immediately. “She was delightedly hugging Kate, who was beaming from ear to ear,” the source added.

And apparently, the queen’s cheery spirits totally got William off the hook about his rowdy ski trip last week. “William knew that as soon as he returned to England he’d be in for a serious scolding,” Star’s insider said. “He was on his way back and getting ready to face the music, but it’s no surprise that all was forgiven and forgotten following George’s absolutely adorable announcement.”

For those who need a refresher, the king-in-waiting shook his princely responsibilities on March 13 to go skiing in Verbier. The prince was with his friends and dancing with a blonde instead of attending Commonwealth Day services with his family. But while some reports have said Kate was “humiliated” by her husband’s behavior, Star claims it was HER idea for William to have a boys’ trip.

“It was actually Kate who insisted he go on one last boys’ vacation before focusing on the new baby,” a source for the magazine said. “It’s just a shame it looked like he was having too much fun and absconding from his duties. Who could have known he may have simply been celebrating his wife’s third pregnancy?”

The couple reportedly do not know the sex of their alleged unborn child yet, but they apparently couldn’t care less either way — they just want it to be healthy. “Kate is in fine form right now,” the insider added. “She’s full of energy and hasn’t stopped…William is ecstatic.”

We have official confirmation on the Duchess of Cambridge‘s due date for giving birth to her second child from the former Kate Middleton herself.
She told volunteers at a recent event at the Brookhill Children’s Center in Woolwich that she is expecting to deliver in mid April, E!Online reports.
In fact, the striking mom-to-be royal has been seen out and about attending various tours and charity events for the latter part of her pregnancy.
Most recently, she was seen attending the St. Patrick’s Day event at Mons Barracks in another one of her signature statement coats.
This round she wore a tailored Catherine Walker  coat which she paired with brown Lock & Company “Betty Boop” suede heels and accented with a shamrock pin for the occasion.
When a spectator remarked how trim she looked for being 8-months pregnant, Middleton replied that she sometimes “forgets she’s pregnant.” wow.
The new baby will join 19-month old Prince George whose dad is Prince William. 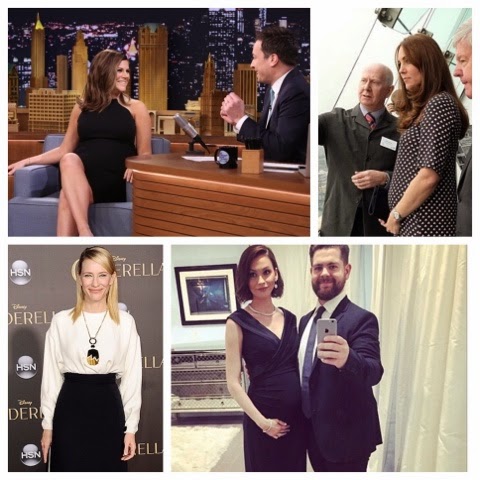 Here is a round up of some of the celebrity pregnancy and birth-related news:
Tiffani Amber-Thiessen shows off her bump on The Tonight Show (Life and Style)

The Duchess of Cambridge has restarted public appearances again. This week, the former Kate Middleton headed to a London primary school that she was scheduled to visit in October before being sidelined by extreme morning sickness.
At the visit to a new Art Room at Barlby Primary School, Middleton wore a French tweed Madderson London “Naomi” dress from its Autumn/Winter 2014 collection. The navy above-the-knee shift dress has gold buttons, top stitching detail, three-quarter sleeves and an invisible zimmer in the back.
It’s already sold out at Pinstripe and Pearls.
The children greeted her with a banner they made themselves and gifted her a tin chair made up of stamps donated by the Royal Household. Maybe that adorable Prince George will get to use it. Very cute.