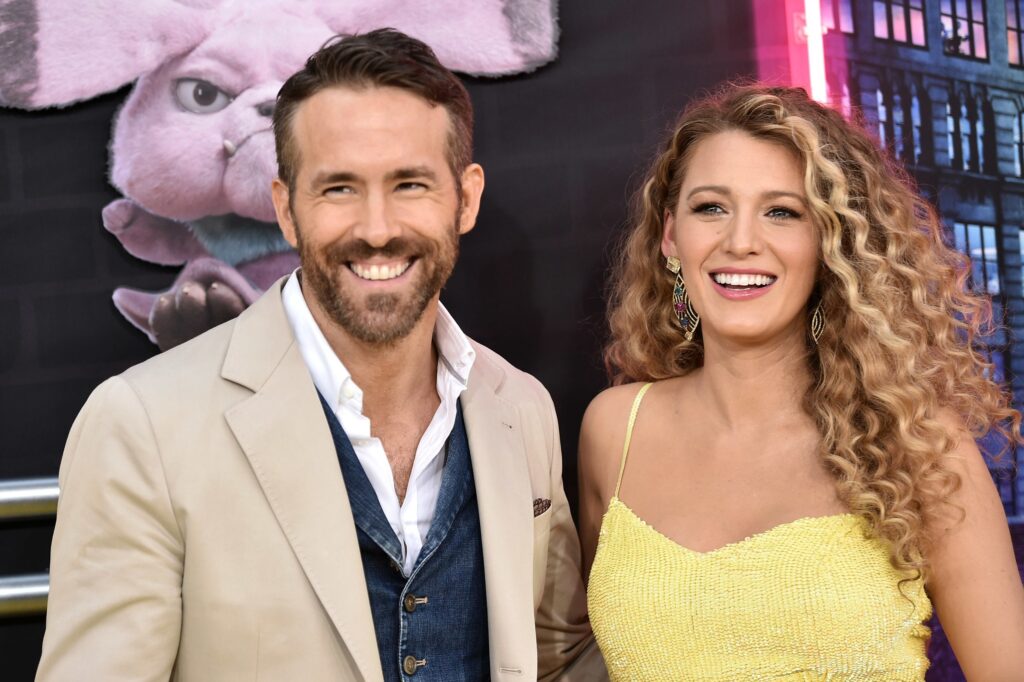 Celebrity couples Ciara and Russell Wilson, Blake Lively and Ryan eynolds; and Ayesha and Steph Curry have pledged to donate towards coronavirus outbreak.

Singer, Dancer and model Ciara and her Seattle Seahawks quarterback husband Wilson announced on their social media pages  Tuesday, March 17 that they would be lending a helping hand by supporting their Seattle community by donating 1 million meals to Food Life Line.

The world needs us ALL. These are unprecedented times. We are supporting our community in Seattle by donating 1 million meals with Seattle @FoodLifeLine. Rally with us and support your local food bank @FeedingAmerica We can all make a difference together. Let’s all keep the Faith during this difficult time.

“The world needs us ALL,” Ciara captioned a video of the couple announcing the donation. “These are unprecedented times. We are supporting out community in Seattle by donating 1 million meals with Seattle @FoodLifeLine.”

They then asked everyone to support their local foodbank.

Another celeb couple Blake Lively and Ryan Reynolds pledged $1 million to food banks in the U.S. and Canada that are currently overwhelmed with demand.

I think we can all agree, Covid-19 is an asshole. If you can help, visit, https://t.co/gDZHbYYurJ and/or https://t.co/2fserjQQQs pic.twitter.com/4rb4WpoDKo

Oakland is closing schools bc of COVID-19. We support this decision but are concerned a/b the 18,000+ kids that rely on school for 2+ meals daily. @eatlearnplay is donating to @ACCFB to ensure every child has access to the food they need. Join us & donate https://t.co/nDqF7OoO0Z pic.twitter.com/nFp0w1eFqH

The people of New Orleans have been incredibly welcoming and supportive since I was Drafted by the Pels last June, and some of the most special people I have met are those who work at smoothie King Center. These are the folks who make our games possible, creating the perfect environment for our fans and everyone involved in the organization. Unfortunately, many of them are still recovering from long term challenges created by Katrina, and now face the economic impact of the postponement of games because of the virus. My mother has always set an example for me about being respectful for others and being grateful for what we have, and so today I am pledging to cover the salaries for all of those Smoothie King Center workers for the next 30 days. This is a small way for me to express my support and appreciation for these wonderful people who have been so great to me and my teammates and hopefully we can all join together to relieve some of the stress and hardship caused by this national health crisis. This is an incredibly resilient city full of some of the most resilient people, but sometimes providing a little extra assistance can make things a little easier for the community.

Milwaukee Bucks‘ Giannis Antetokounmpo donated $100,000 to the staff at Fiserv Forum, where his team holds their games.

It’s bigger than basketball! And during this tough time I want to help the people that make my life, my family’s lives and my teammates lives easier. Me and my family pledge to donate $100,000 to the Fiserv Forum staff. We can get through this together! ?? 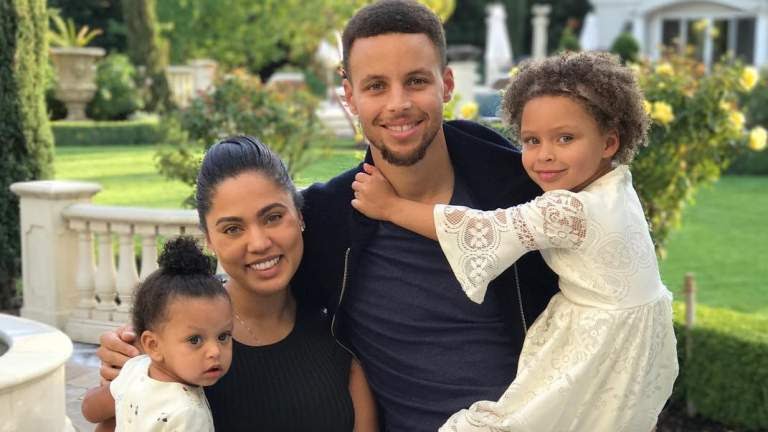 Congrats to Ayesha Curry and husband NBA MVP Steph Curry on the birth of their son Canon W. Jack

The cookbook and cooking show host announced the news on her Instagram page.

“Our beautiful baby boy Canon W.Jack Curry 7/2/2018,” she captioned a photo of her daughters Riley and Ryan cradling their baby brother. “He joined us earlier than we thought and we couldn’t be more excited and grateful. Family of 5!”

My heart is FULL. God has been too good to us. Our beautiful baby boy Canon W.Jack Curry 7/2/2018. He joined us earlier than we thought and we couldn’t be more excited and grateful. Family of 5! @stephencurry30 #mynewman ?? ? by this mama of 3! ??

The Golden State Warriors champ also announced the news on his Instagram.

“On this journey, on this quest … protect me …I’m bless!” he captioned the snapshot before revealing his baby boy’s name.

The couple are also parents to two daughters: 3-year old Ryan Carson  and 5-year old Riley, who turns 6 on July 19.

On this journey, on this quest… protect me… I’m bless! Canon W. Jack Curry @ayeshacurry 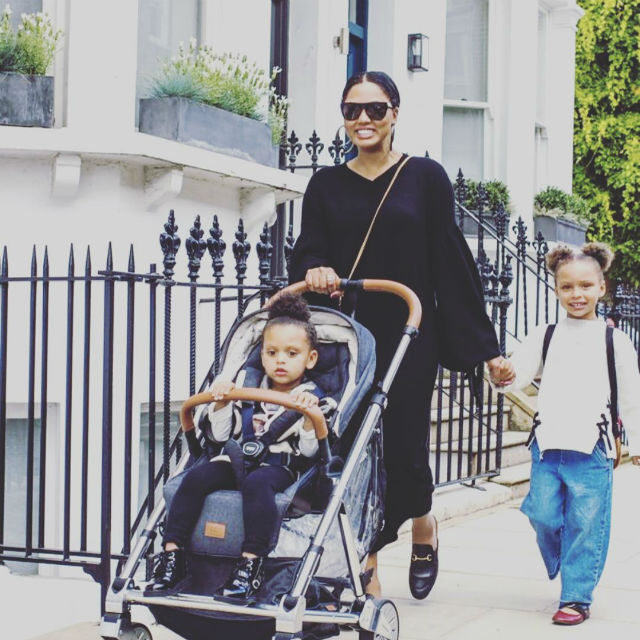 Ayesha Curry tweeted Friday that a Houston Rockets fan “bumped me” in “8 month pregnant belly” after the Warriors lost Game 5.

A video was posted on Twitter that shows a Rockets’ fan trash-talking Stephen Curry’s wife and father, Dell.

Curry responded to the video claiming the man said “doesn’t losing feel like getting punch in the gut?”

She also said he continued to follow her and taunt her with his camera.

In a series of tweets, Curry went on to say she thought it was an accident at first but then started to heckle her.

Ten month old Landon Benton is an Instagram star with close to 80,000 followers and is affectionately now known as Stuff Curry, after the popular Golden State Warriors player Steph Curry.

The moniker came by accident.

In fact, Landon’s mom, Jessica Benton, didn’t even know of Curry and thought a commenter calling her baby Stuff Curry was being mean like some others who have, unfortunately, criticized her cute cherubic baby’s loveable rolls.  Jessica told ESPN  that she Googled the term and found the NBA star. And the rest is history, as they say.

The Illinois mom has since taken it upon herself to outfit her baby in Warriors jerseys and gear and reclaim and play up the name to the baby’s fans, TODAY reported.

And also since then, baby Benton’s career has taken off. He’s been featured on UK’s DailyMail and other sites.

He recently starred in a spoof of an NBA Finals after game press conference along with another baby cast as  “Cry Baby LeBron”  on Jimmy Kimmel Live!   The Cleveland Cavaliers 5-time NBA champ and MVP, LeBron James, is dad to our Bellyitch Bumpwatch alum, Savannah Brinson James

He and baby LeBron were also part of a recent Jimmy Kimmel Live video/interview too.Benton’s mom is an advocate against bullying after her older son committed suicide at age 20. He had been bullied as a teen.

? Bullies No Bueno! ? No place for them types around here!! (Tee from @tdotkids) #babylandonlee #stuffcurry

It’s great to see her use Stuff Curry’s new found fame to raise awareness about bullying.

Before each NBA Finals game you can catch #STUFFCURRY and #babylebron (@itsbabymav) on @jimmykimmellive and believe me, each episode will be funnier than the last one. ??? #babylandonlee #dubnation #warriorsvscavs #nbafinals #warriors #gswarriors A photo posted by Baby Landon (Stuff Curry™) Lee (@babylandonlee) on Jun 3, 2016 at 6:17am PDT

Guess who’s gonna be on @jimmykimmellive again tonight? #STUFFCURRY and #crybabylebron Don’t miss them on ABC before the #nbafinals game (after game on the west coast). #warriors #cavaliers #dubnation #gswarriors

Congrats to our Ayesha Curry on the birth of her second child,  a daughter, with husband Steph Curry of the NBA championship team the  Golden State Warriors on Friday, July 10.

“Our second little girl has arrived!” the second-time mom tweeted along with a link to her Little Light of Mine blog where she gave a quick rundown of her birth story that involved a 3-hour labor!

Wow! How fortunate for her!
The newest arrival is named Ryan Carson and she joins big sister 2-year old Riley who Ayesha explained in her blog post is “enamored with” the new baby.

Poppa Steph  tweeted a simple announcement, “My wife is a champ.”

Move over  Savannah Brinson and LeBron James  fam and the Adrienne and Chris Bosh family, a new super cute wholesome NBA family is taking the spotlight.

Ever since, Golden State Warriors guard Steph Curry brought his daughter Riley into the post-game presser and she charmed the pants off audiences, people have been digging the Currys.

But dude! They are seriously the Huxtables of the NBA right now. Even though Steph’s nickname is Chef Curry, it turns out his wife is also a Chef Curry! Ayesha Curry is a blogger,   and vlogger, who also hosts her own YouTube cooking show, while also peddling her own olive oil occasionally during webisodes.

The duo, joined by then 1-year old Riley, starred in a fun ESPN short recently.

ESPN’s Cooking with the Currys

And Steph is not only the ultimate daddy and family man, he’s also a hands-on philanthropist. Since becoming a spokesperson in the “Nothing But Nets” charity which provides mosquito nets, crucial for warding off the virus infecting pests, he delivers them himself.  He’s been an active spokesman and had donated one net for every three pointer he makes during the season. Now that’s a cool dude!

NBA superstar Stephen Curry delivers a mosquito net to a family in the Nyarugusu Refugee Camp in Tanzania, during a Nothing But Nets trip to distribute anti-malaria bed nets, Tuesday, July 30, 2013. (Insider Images/Stuart Ramson for UN Foundation)

Curry joined his wife’s cooking show again to star in a fun teaser set to Drake‘s “0-100” but with her own personalized lyrics.

And Riley has made a guest appearance on mom’s show as well. Check out the video HERE!

The fam is expecting its newest arrival, baby number 2, in about 5 1/2 weeks.  We can’t wait to meet the newest member of this adorable family!
0 comments

NBA superstar Stephen Curry stole headlines recently not just for leading his Golden State Warriors to the NBA Finals but also for his 2-year old scene-stealing daughter Riley, who attended post-game press conferences with her dad.

The adorable tot also captured the spotlight during the recent family/maternity shoot she was in with dad and mom Ayesha Curry, who is expecting the family’s second child in July.

Watch Riley in action after the post game interview a couple weeks ago after the Warriors captured Game 1 of the Western Conference finals against the Houston Rockets.

And again after clinching the championship this week in Game 5:

Family is important to Curry who teared up last year when he won a spot on the Western Conferene All-Star roster, achieving a feat his dad Dell Curry, who was a 16 year league player, could never accomplish.

It featured her hubby and their almost 3-year old daughter Riley in a barn setting and with a calf.