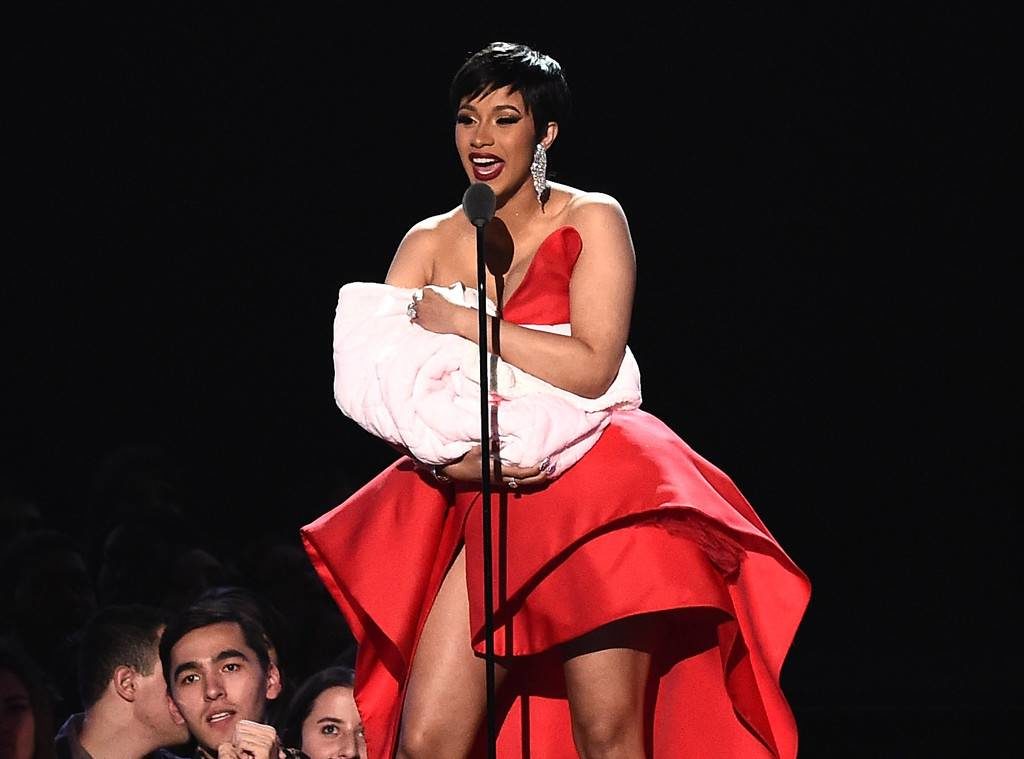 Quite a few of our Bellyitch  Bumpwatch alums showed up and/or showed out with draw-dropping performances, on-stage antics, on the red carpet risks and MoonMan winning!

Jennifer Lopez gave an electrifying performance of a medley of her hits over the years before accepting the Video Vanguard Award, the first person of Latino heritage to win the coveted prize.

Many thought they would get the first glimpse of her infant girl Kultura with husband rapper Offset, but she later revealed it was a trophy.

Later in the evening, the “I Like It” rapper won three of several awards she was nominated for, Song of the Summer for “I Like It featuring Bad Bunny & J Balvin; Best new artist and Best Collaboration for “Dinero” Jennifer Lopez’s song with DJ Khaled Artist of the year.

She was nominated for Best hip hop, Artist of the Year, Best Latin album, also for Dinero and Song of the Year for “Finesse” with Bruno Mars

Beyoncé’s song “APES**T” with her husband Jay Z as part of their duo The Carters won a few technical awards for Best Cinematography and Best Art Direction though that song was also nominated for Best collaboration, Best Direction, Best Choreography,  Best Hop Hop, Best Editing And Video of the Year. 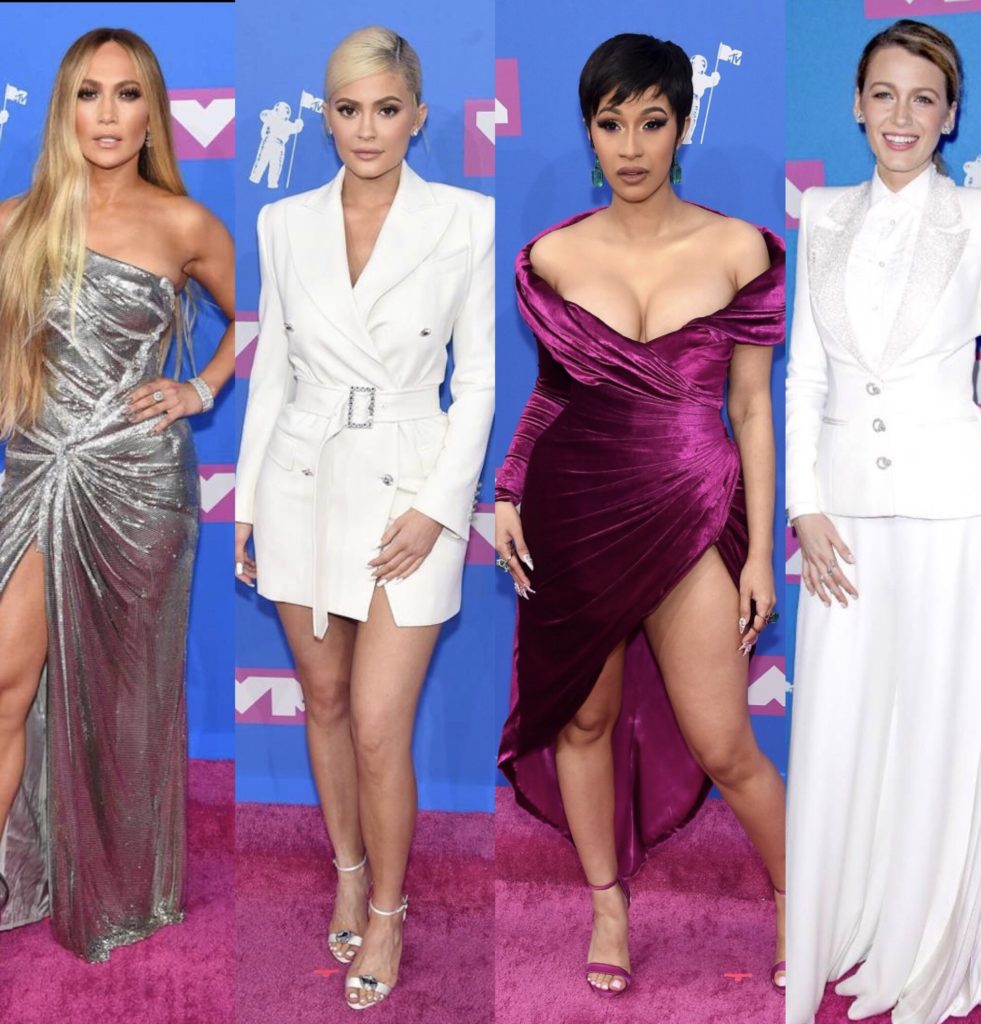 On the red carpet, JLo and Cardi showed out along with other alums Kylie Jenner and Blake Lively, coming through with the pant suit again. 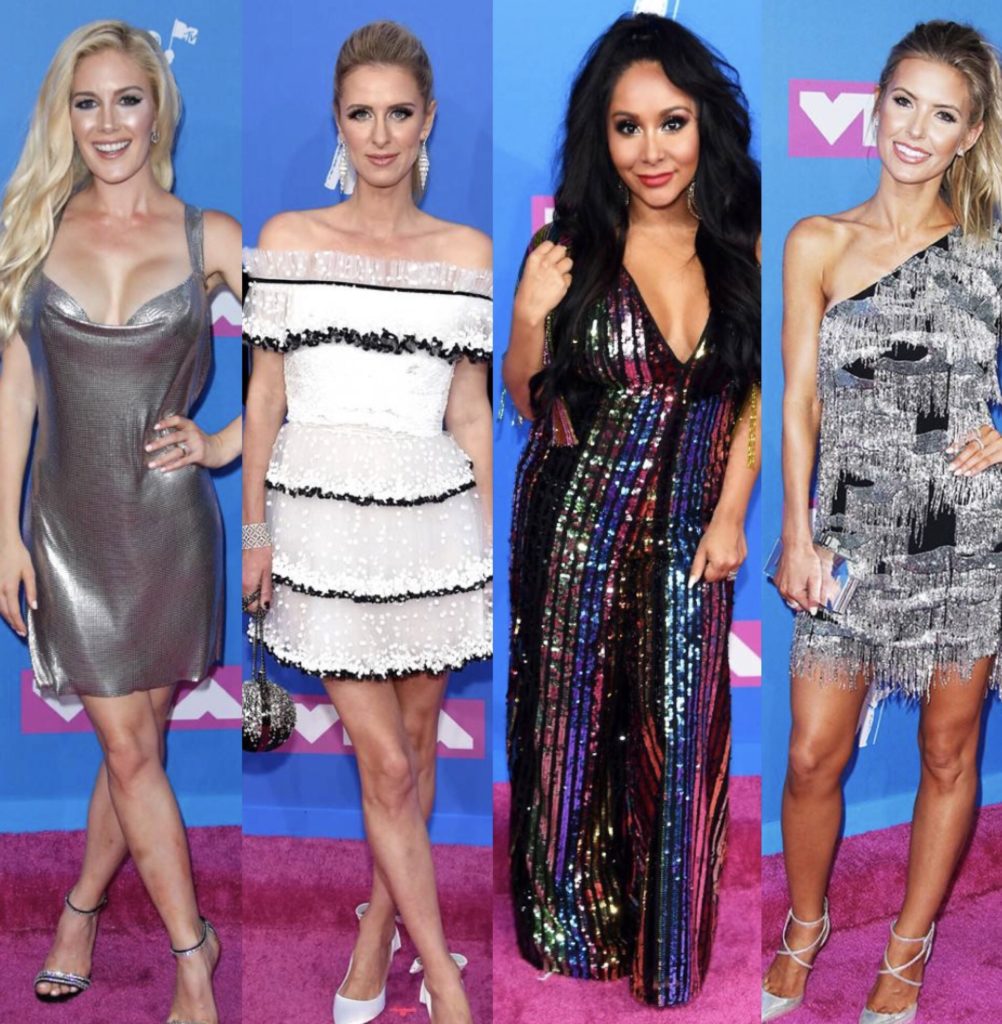 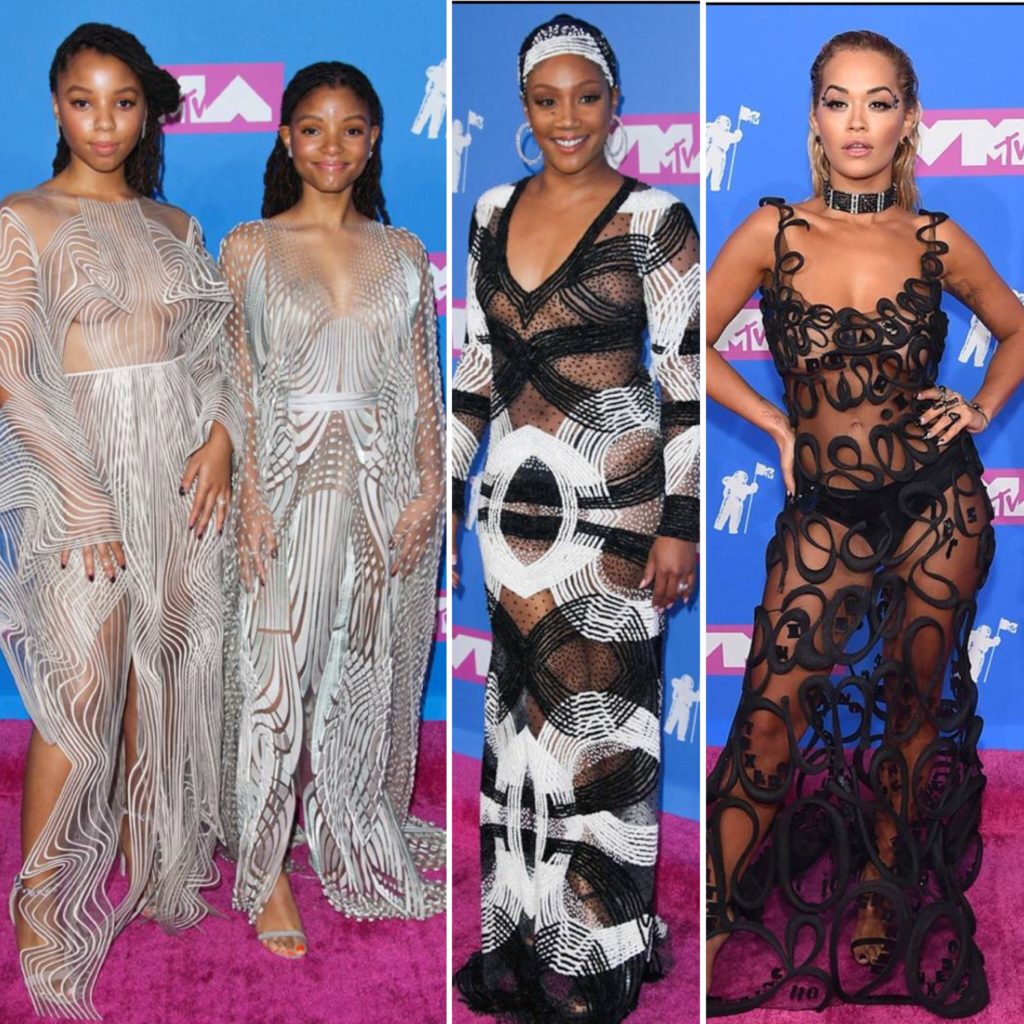 One fashion trend that stood out to me was the inptricate sheet organza I saw on singing sisters and Beyonce protege Chloe X Haile, comedic actress Tiffany Hadish and British singing phenom  Rita Ora. 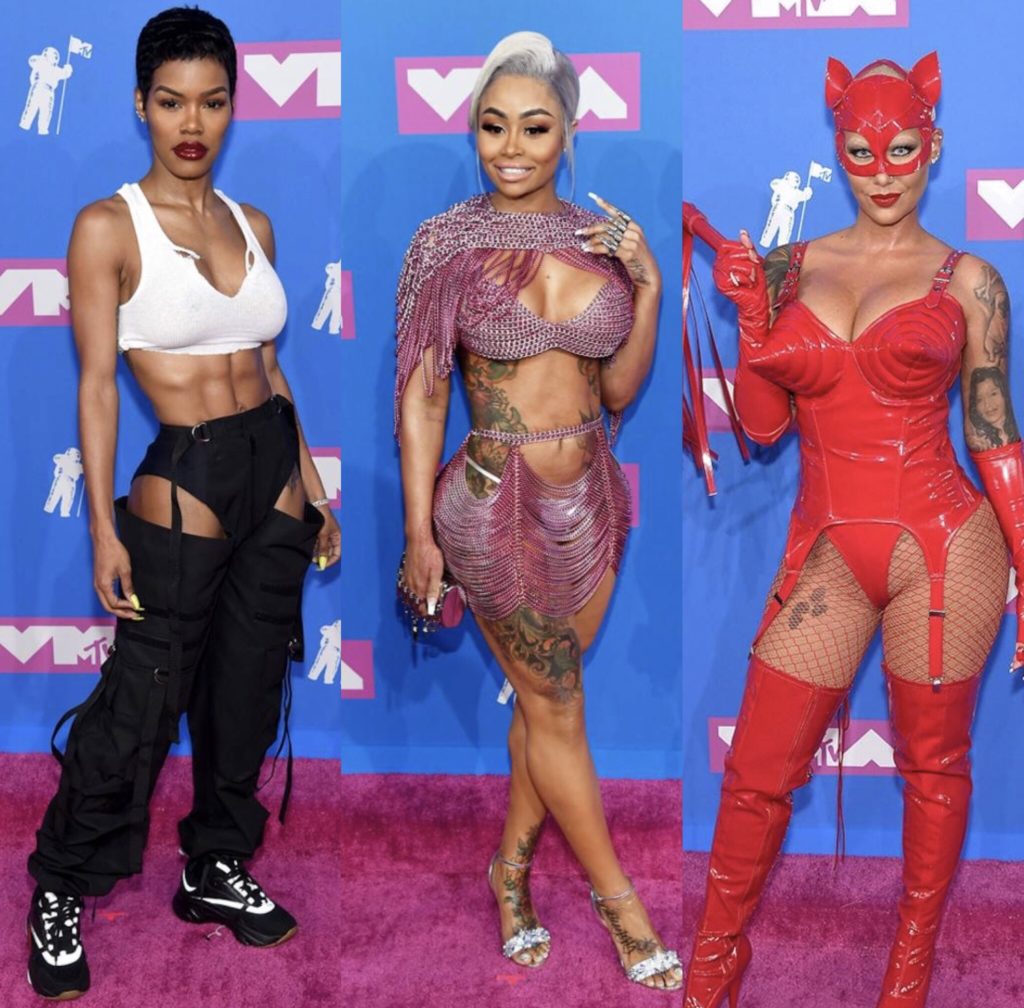 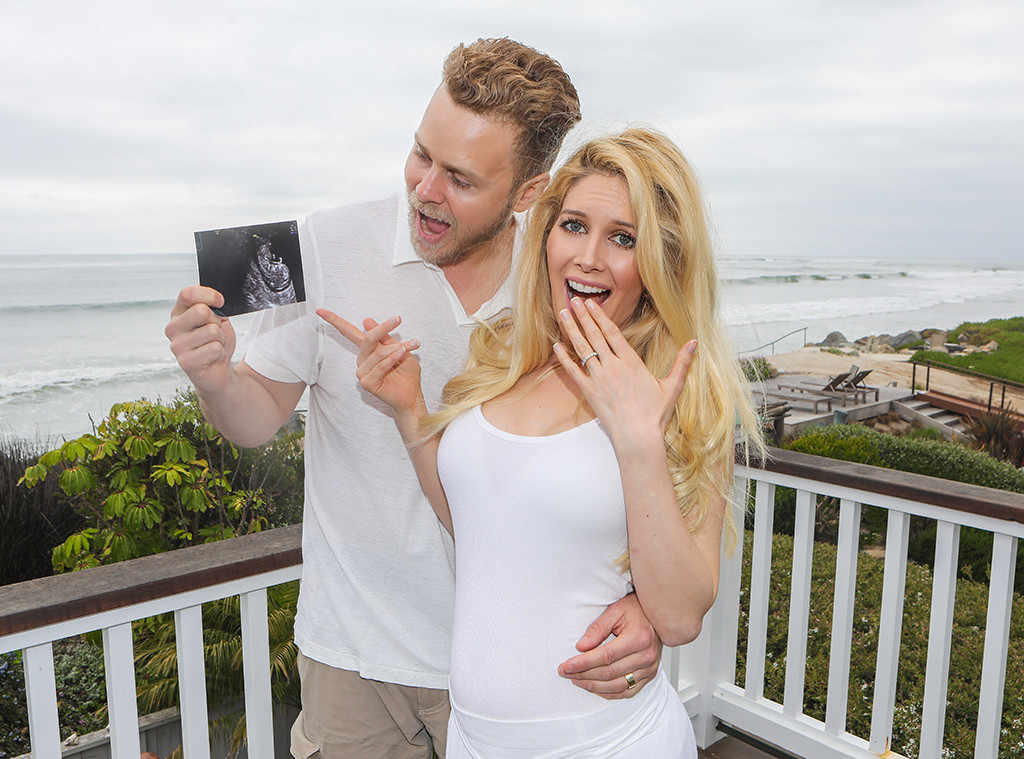 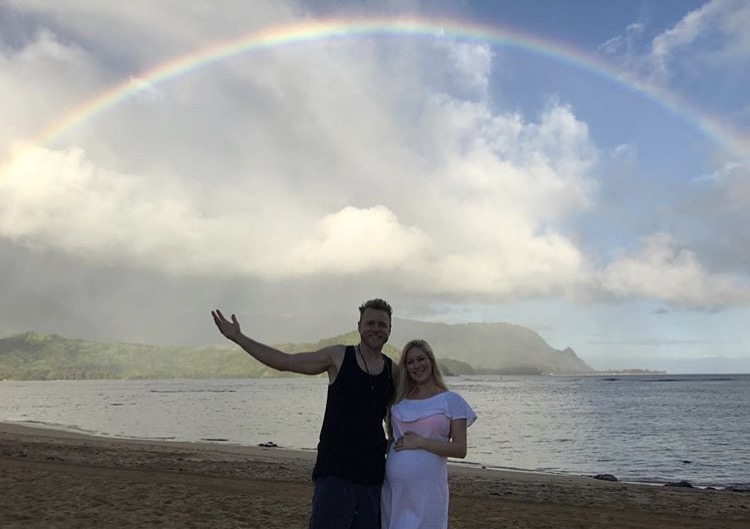 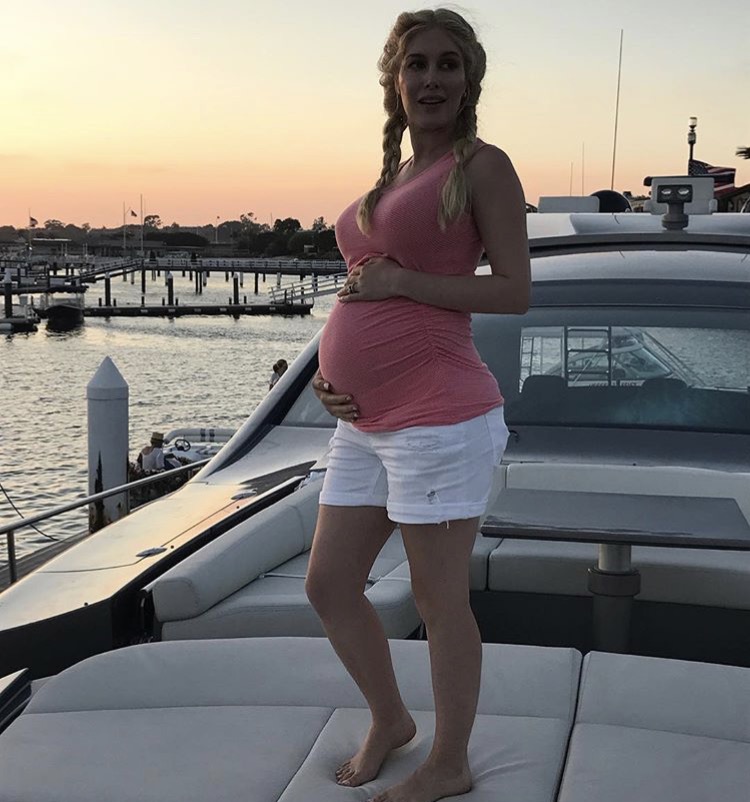 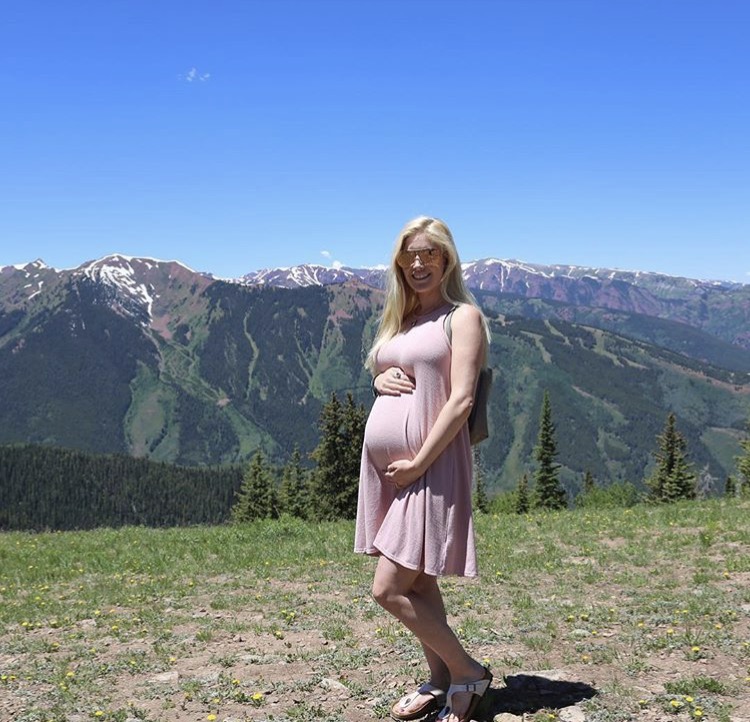 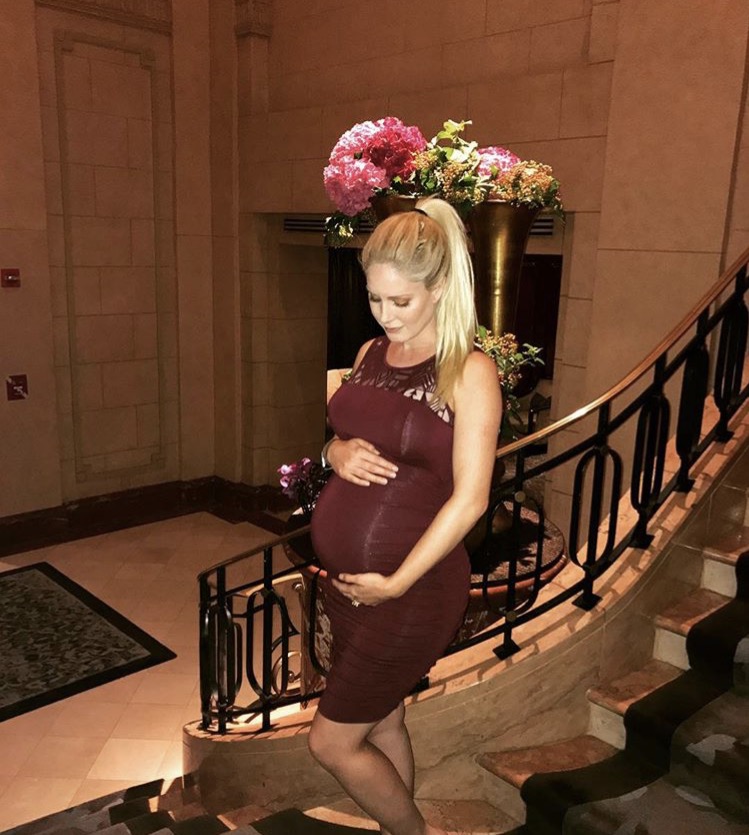 Meanwhile, first-time mom-to-be reality TV show stars Heidi Pratt and her husband Spencer Pratt are celebrating the holiday this year in advance of welcoming their first child together.

“So excited to celebrate my first Mother’s Day,” the former reality star of  MTV’s The Hills and a few other shows wrote alongside a photo of her cradling her stomach. “Thank you to all you beautiful amazing moms for your endless love and dedication! Missing my mommy!”

#happymothersday ! So excited to celebrate my first Mother’s Day!?? #blessed ?? Thank you to all you beautiful amazing moms for your endless love and dedication! ? missing my mommy!

She also shared a photo of the floral arrangements that her husband sent to her on the occasion.
“Thank you @spencerpratt for the stunning flowers from @passionroses!” Montag gushed. “Best Mother’s Day!!!!”

Thank you @spencerpratt for the stunning flowers from @passionroses ! Best Mother’s Day!!!! ??????

They were notoriously famous for having a rocky relationship on the MTV reality TV show The Hills, but got married in 2008 and remained in the public light by doing several reality TV shows including Celebrity Big Brother in 2013 when they competed as one person.

“I have never been more excited,” Montag said in an interview with US Weekly    “The reality is sinking in that we are going to have a child! I’ve read every pregnancy book, and now I realise I don’t know anything.”

Montag wasn’t shy about sharing the fact that it didn’t take her long to conceive after first making an attempt.

“It happened the first month!”said Montag, who is known for being the arch nemesis of another co-star from The Hills who coincidentally is also pregnant right now with her first, Lauren Conrad.

“I felt nauseous and I wanted to know, so I took a pregnancy test. I was so shocked; Spencer wasn’t. He was so sure it would happen right away,” Montag opened up. “He was like, ‘You’re going to get pregnant the first time we try.'”

The couple, who just wrapped up a stint on Celebrity Big Brother : All Stars versus New Stars , told the magazine they would like a boy.

“I’m hoping for a boy. I’ve always wanted a boy first,” said Heidi. “I’d love to have a son and for the Pratt name to continue.”