Congratulations to Jessica Simpson and her husband, former NFL quarterback, Eric Johnson on the birth of their third child on Wednesday, Birdie Mae.

Simpson announced the news about the newest arrival on her Instagram page.

“We are so happy and proud to announce the birth of our perfect daughter, Birdie Mae Johnson,” Simpson wrote captioned a black and white photo of her daughter meeting her baby sister on Instagram on Wednesday.

We love Simpson for keeping it all the way real this pregnancy by posting photos of her swollen feet, unflattering pics of her growing bulbous pregnant belly and make up less pics.

The fashion line entrepreneur even recently made fun of herself for breaking the family toilet seat.

The Dukes of Hazard reboot star has been royally rewarded by fans who have consistently commented that they are happy to see a celebrity keep it 100 about the very unglamorous aspects of pregnancy.

Her daughter makes the third celeb we’ve “bumpwatched” to name her child Birdie! 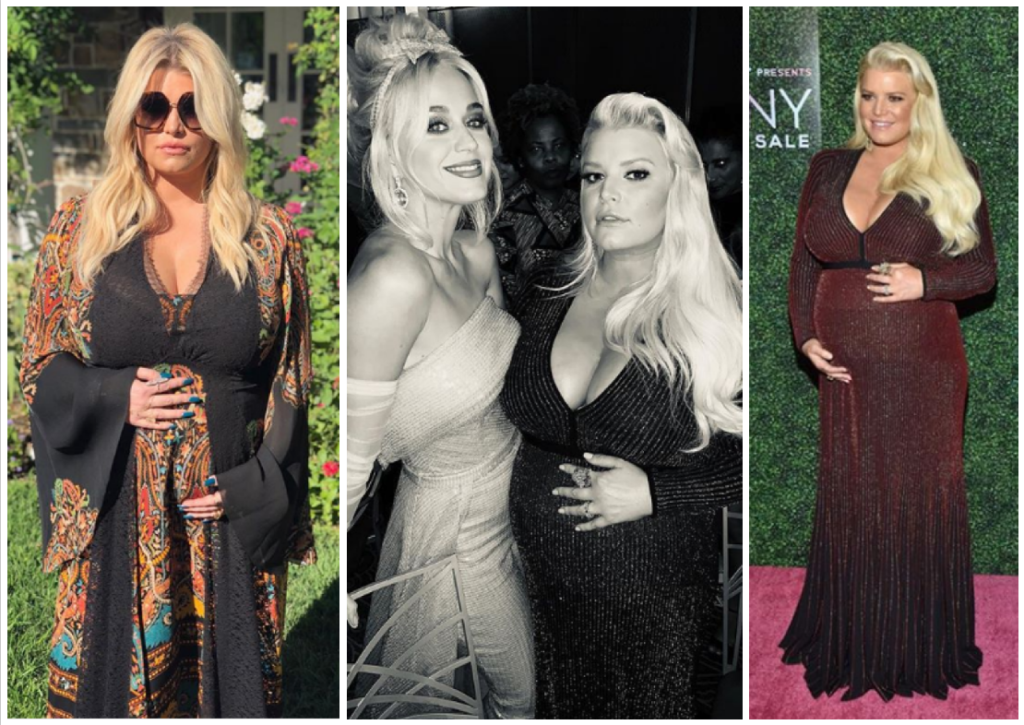 The singer-songwriter has been keeping busy and attending industry and trade events for her various entrepreneurial endeavors including her clothing and shoe line.

This week, for example, she showed up to the 25th Annual QVC “FFANY Shoes on Sale” Gala to receive her Fashion Icon Award at The Ziegfeld Ballroom on October 11, 2018 in New York City.

The Dukes of Hazard star announced the news that she was expecting a baby girl back in September with a photo of herself cradling her baby bump. She and Johnson’s older kids, 6-year old daughter Maxwell and 5-year old son Ace, helped her reveal the gender news with an instagram photo series.

The first with the two holding oversized black and white polka dot balloons that the kids would burst.

“This little baby girl will make us a family of five,” Simpson captioned the second photo of tiny pink balloons floating outside of the large black and white ones. “We couldn’t be happier to announce this precious blessing of life.

This little baby girl will make us a family of five. We couldn’t be happier to announce this precious blessing of life. 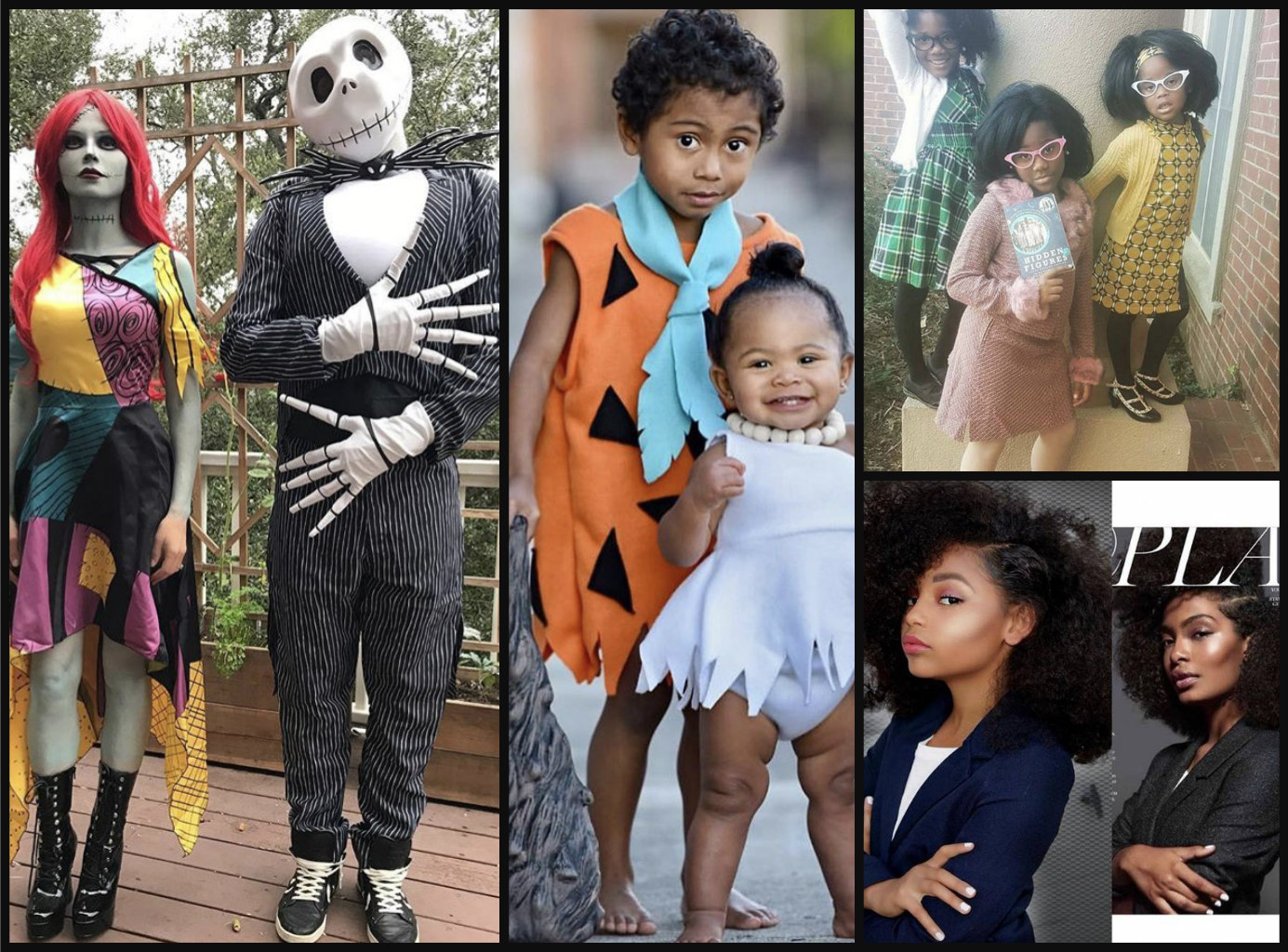 I know, I know. Halloween was days ago and I am still posting costume faves! This is my last post, I promise and this post includes my fave kids and celeb kids I spotted while scrolling through Instagram and social media! 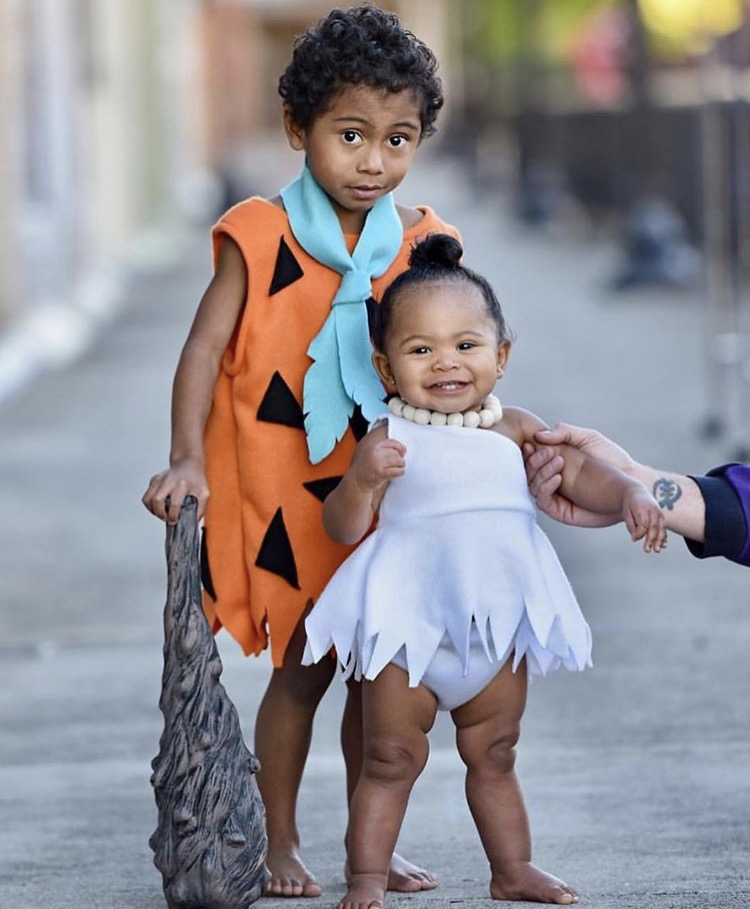 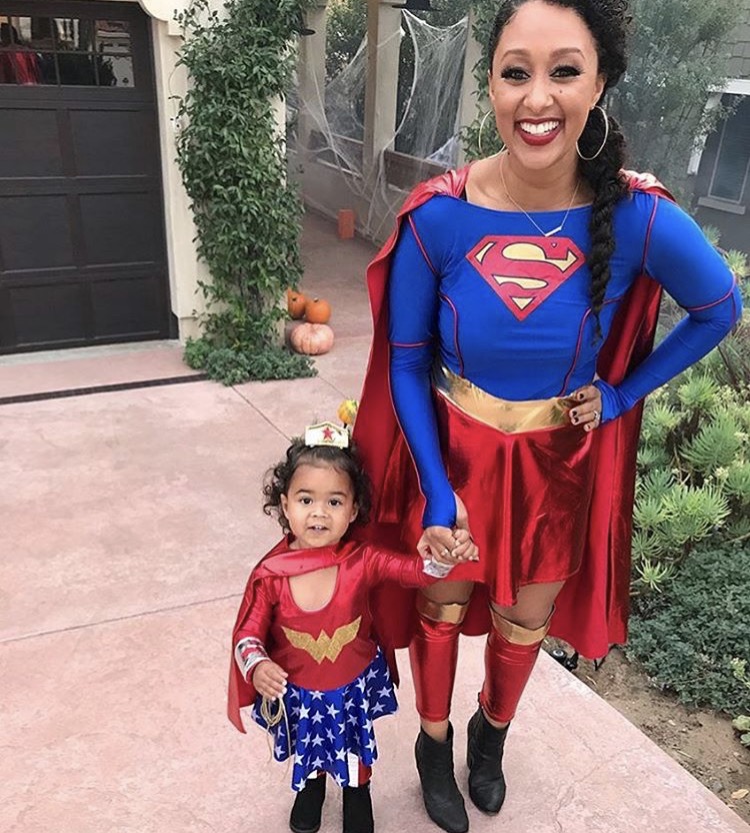 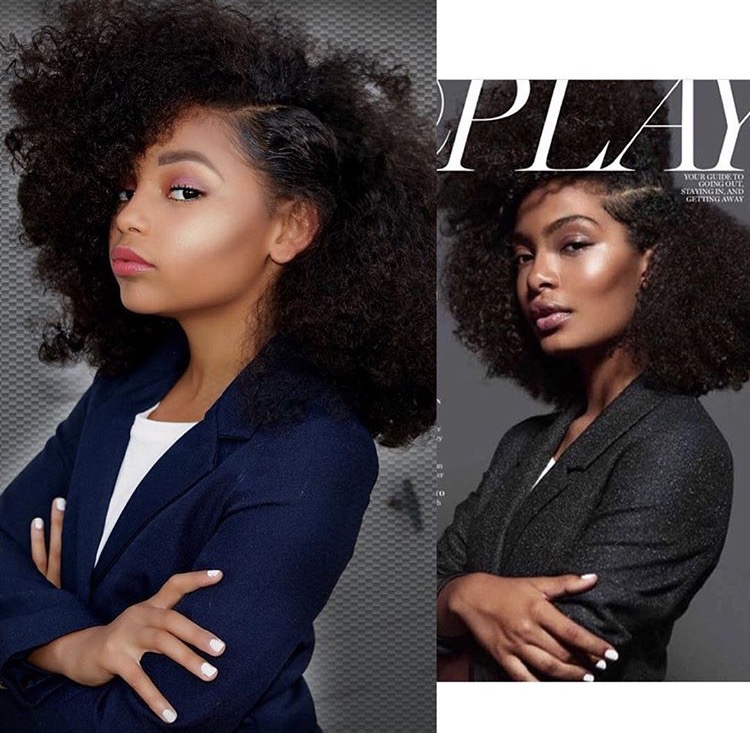 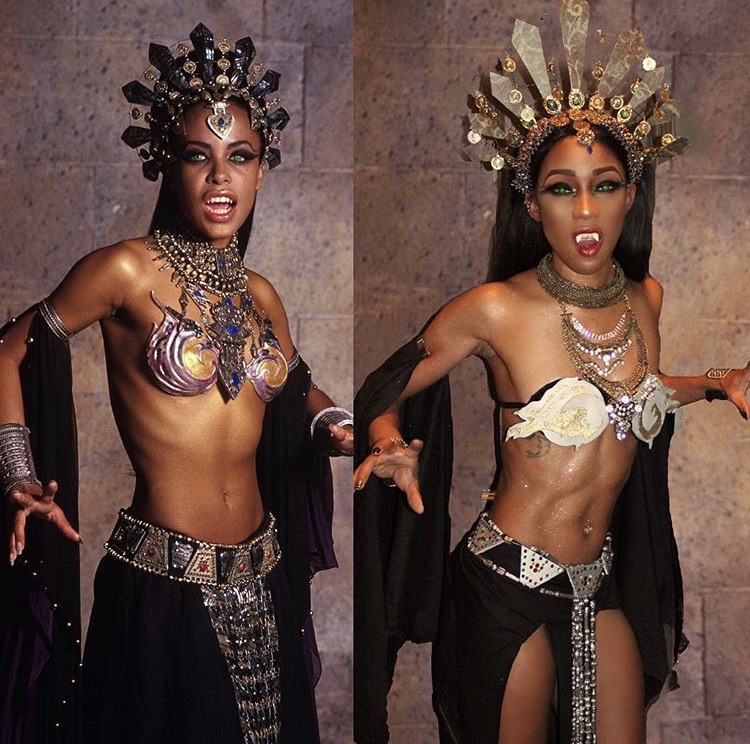 From Dondrian Nicole‘s Instagram, the late Aaliyah from her role in Queen of the Damned movie. 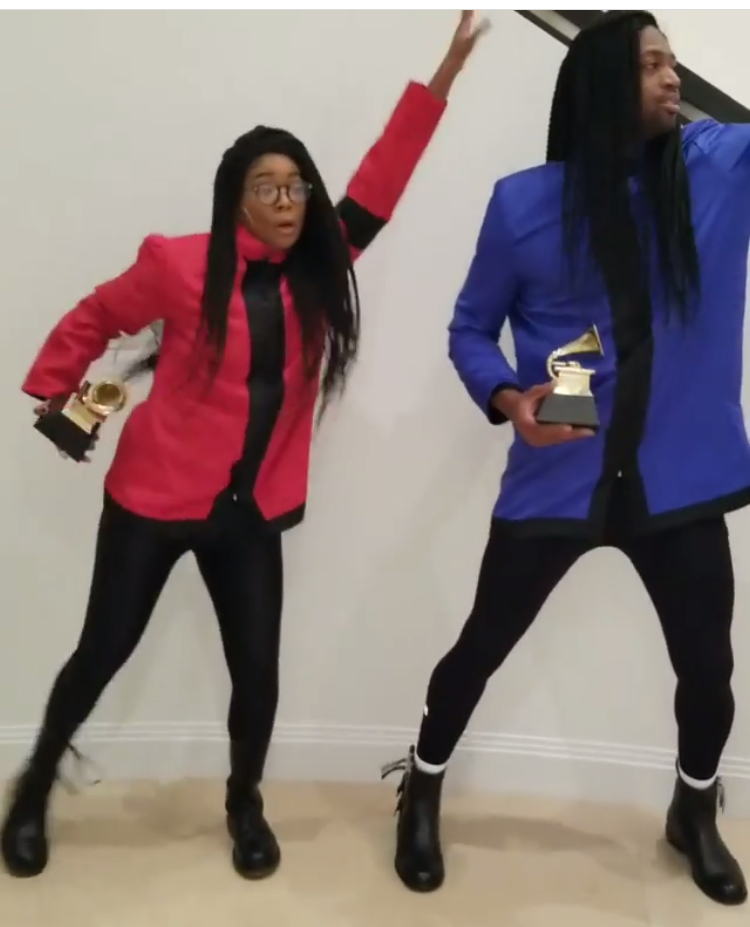 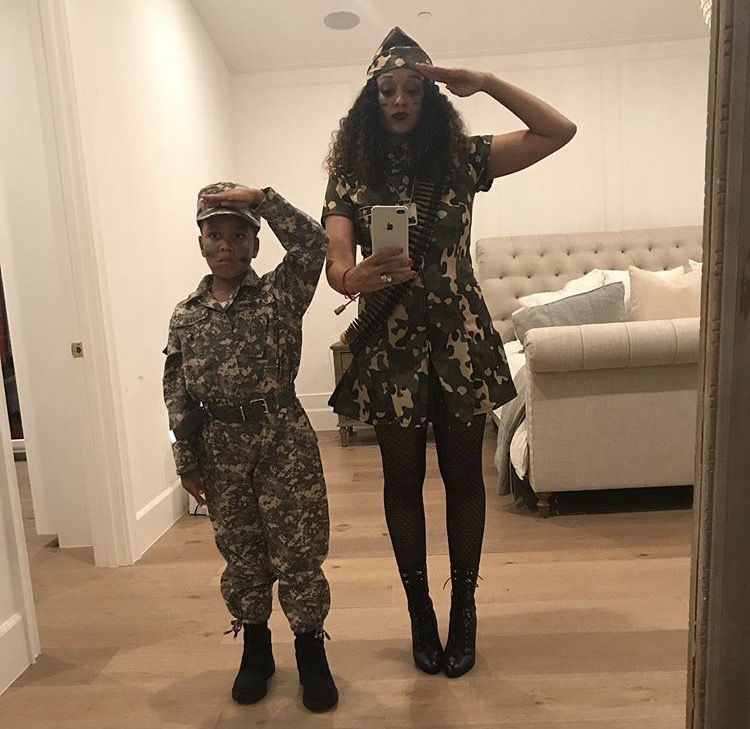 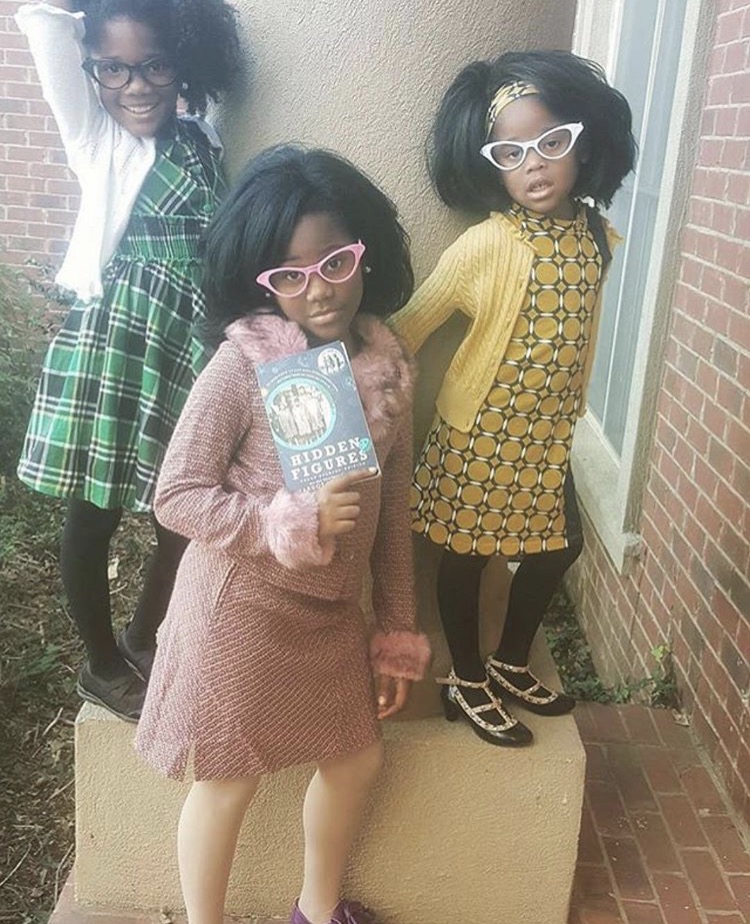 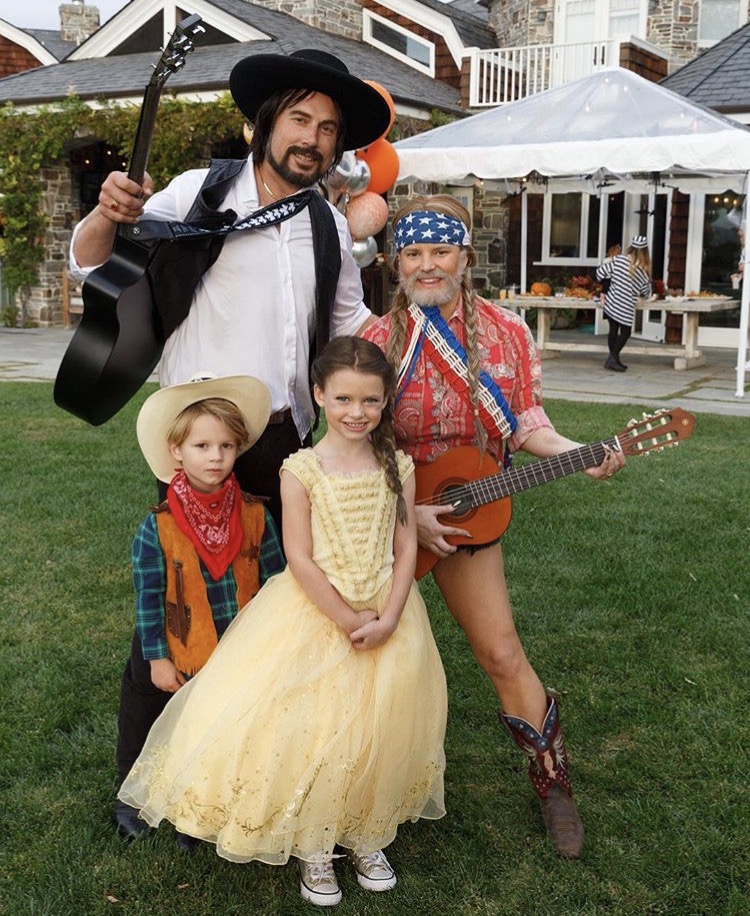 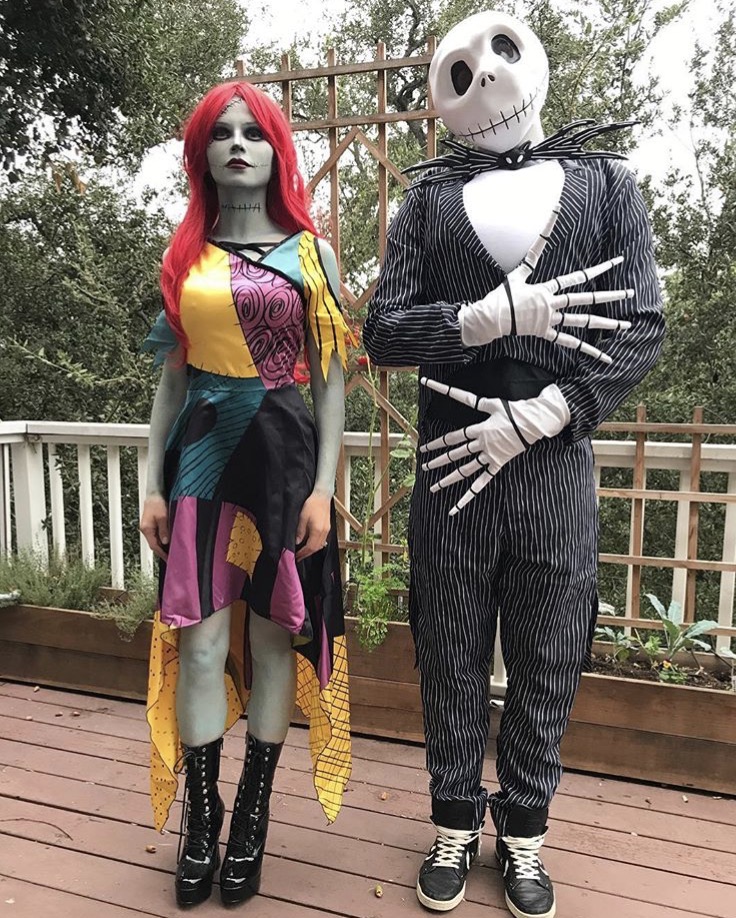 Jenna DeWan Tatum and Channing Tatum as Sally and Jack Skellington from the movie The Nightmare Before Christmas. 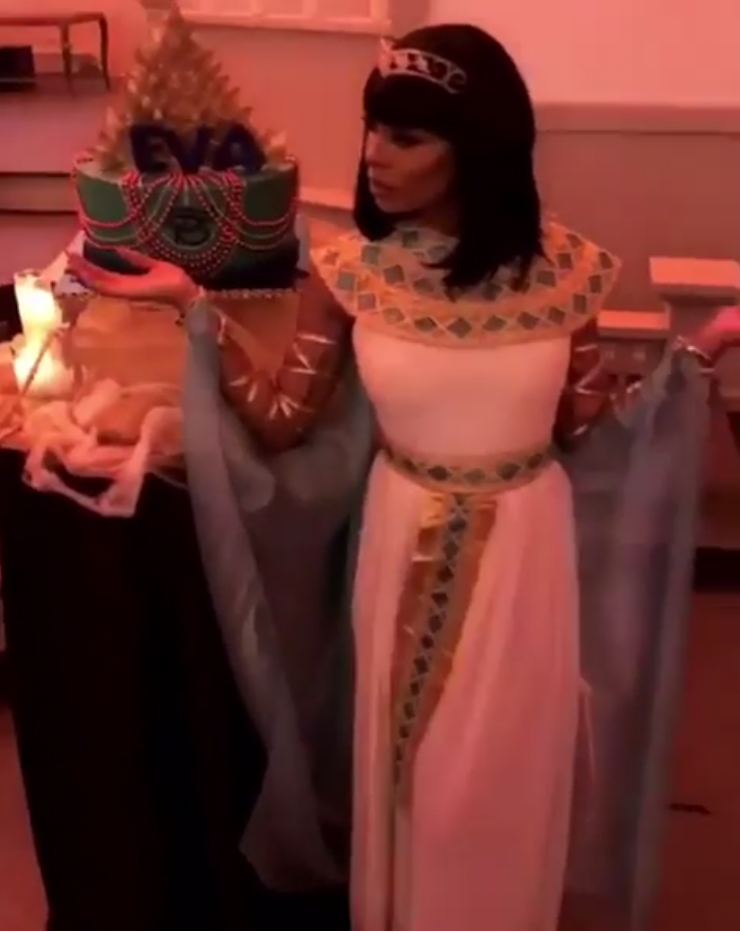 Every few years, it looks like our Bellyitch Bumpwatch alum Jessica Simpson  cute catches heat for sharing an Instagram pic of her little 5-year old daughter Maxwell Johnson with husband NFL quarterback Eric Johnson has in a bikini.

The singer-actress was accused of objectifying her daughter when she was a baby and again recently.

We are of the opinion that while there are pervs on the Internet that sadly and disgustingly objectify little girls, it’s too bad that people are so quick to sexualize children.

The bathing suits and bikinis that designers are making for little kids are so cute and quite stylish, even more some than some styles made for adults.

We saw some super cute ones recently released by our partners at Bikini.com.

If you have a rock star budget and a little girl too, you’re in luck!

Bikini.com is offering our readers 10% off with the code CM-BD10-JGHA.

We love their reversible styles! Check out our fave styles and head over to and other looks like these: 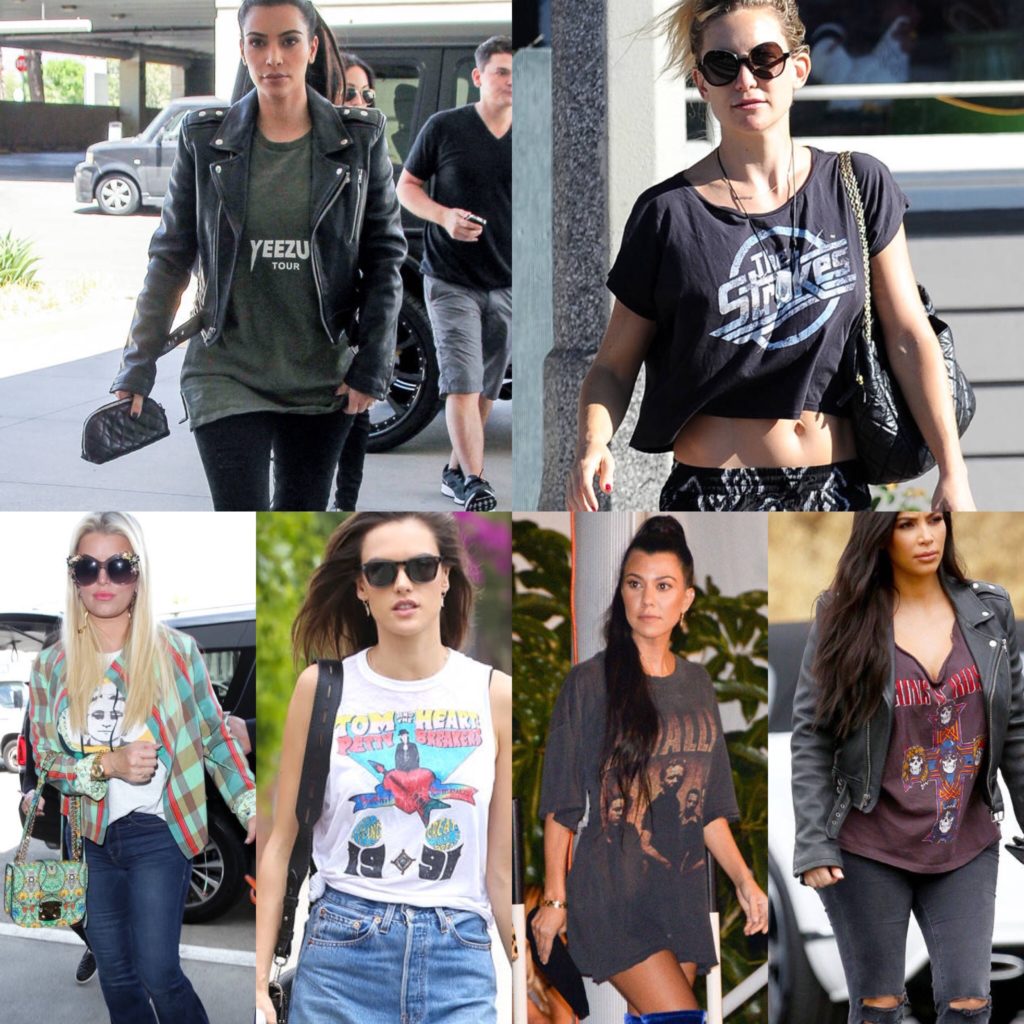 
Sleeveless, long sleeved, under a denim or leather jacket, with a pair of jeans or cropped shorts, they can be mixed and matched in any  casual look. 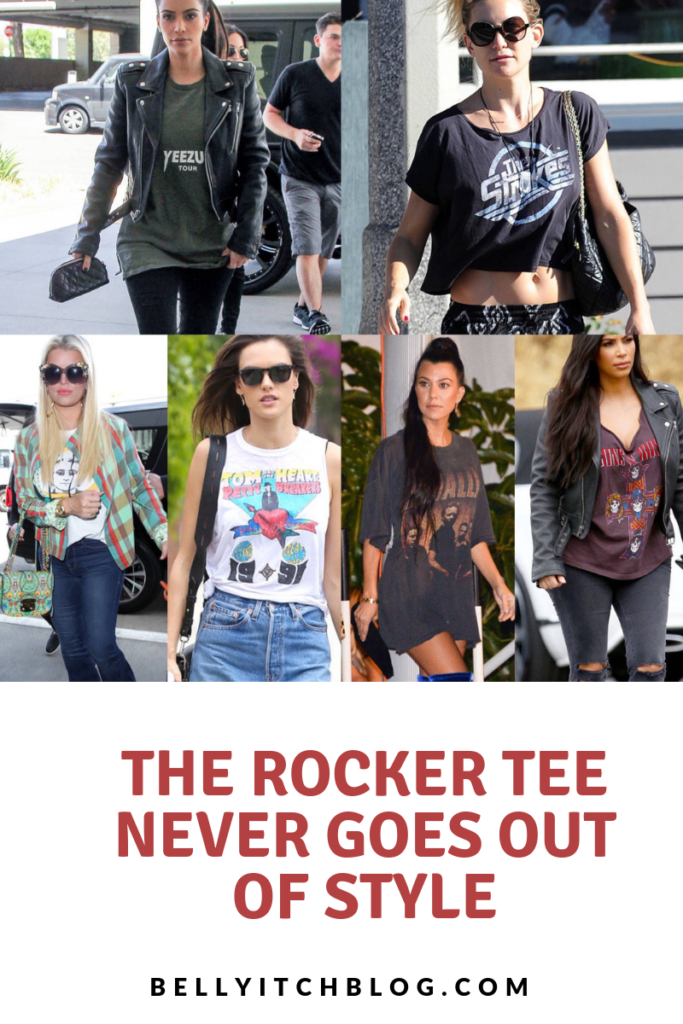 We are rounding off the end to a National Dog Day but we wanted to make sure we highlight some of our fave Bellyitch Bumpwatch alums and other celeb features from the past, pictured with their fuzzy four-legged pawed friends.

Olivia Wilde and Paco, P!nk and Elvis and Sienna Miller and Bess.

Jessica Simpson planned and showered her sister Ashlee Simpson Ross at her home with a few close friends this past Tuesday. Simpson Ross is expecting her first child with her husband since last August, singer Evan Ross (Diana Ross‘ son).

Simpson, our two-time Bellyitch Bumpwatch alum,  posted a photo of the gorgeous table setting on her Instagram account with the caption, “Another gorgeous tablescape by @casadeperrin to shower @ashleesimpsonross and @realevanross,” the fashion mogul wrote, alongside a photo of the too-perfect setting. “#BabyLove.”

Simpson Ross’ friend Odette Annable also posted a photo of the event on her account with the caption, “Girlfriends make everything better,” the Astronaut Wives Club star wrote on her Instagram. “Celebrating our beautiful friend @ashleesimpsonross.”

“It was beautiful weather and her house was the perfect setting … so gorgeous,” a guest told PEOPLE magazine, “It was very chill and almost like just a get-together than a traditional shower. It wasn’t focused on games [and was] more like a big party.”

Simpson Ross, who went to the event in a Bohemian look, is already mom to son Bronx Mowgli, 6, with ex-husband Pete Wentz.