keeping up with the kardashians 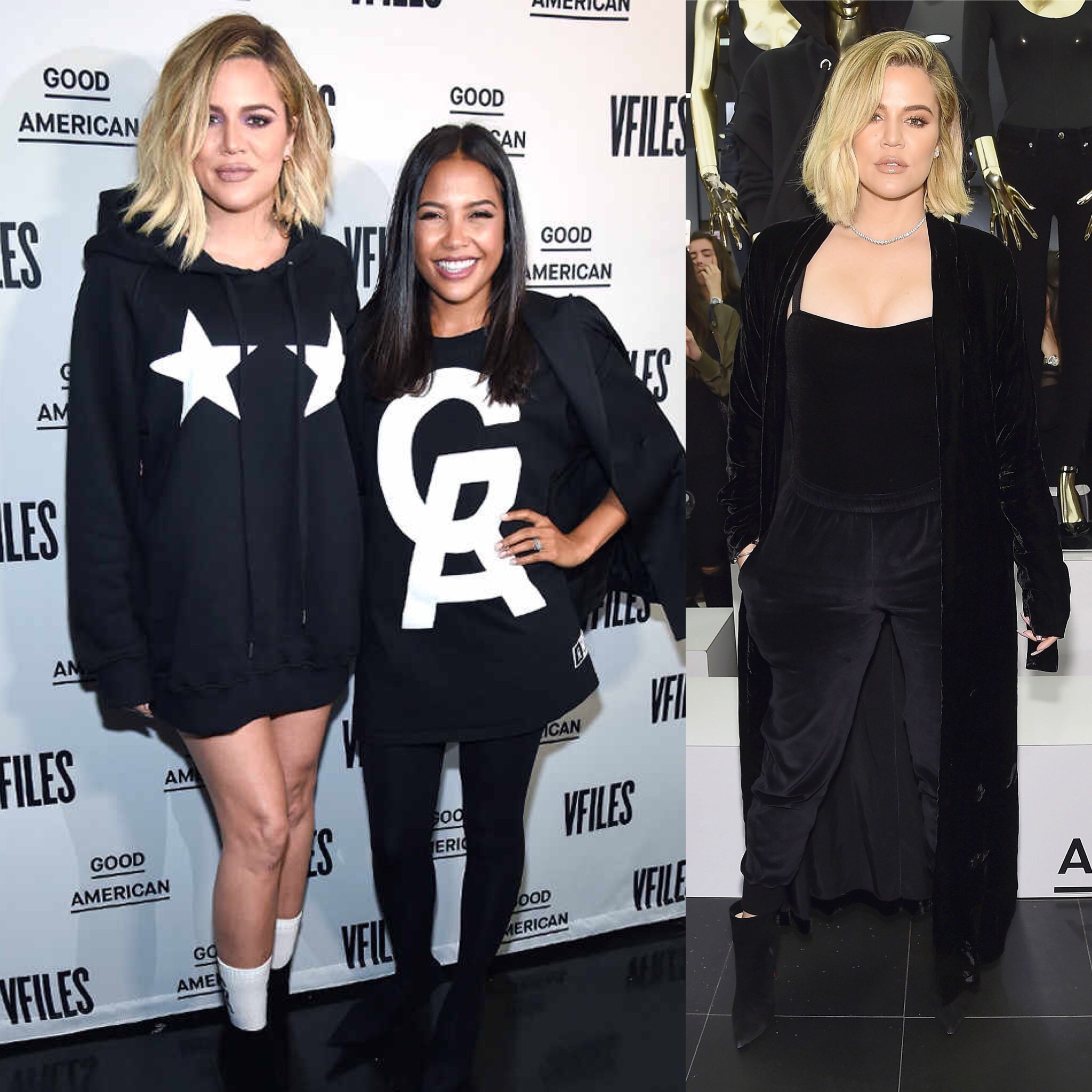 And baby makes 5 (or more) for Kim Kardashian and Kanye West who are expecting again via a surrogate, US Weekly reports.

According  to the magazine, a San Diego mom in her late 20s is three months pregnant with the couple’s baby. She is being paid $45,000 for her services at a rate of $4,500 per month (because pregnamcy is 40 weeks and NOT 9 months as is falsely portrayed in the media).

The surrogar was referred to the Wests by an agency that they paid a deposit of $68, 850 to, TMZ reports.

The baby is due in January 2018 and in the event it turns out to be twins, they’ll pay an additional $5,000 each month for the extra baby.

I am a Beyonce fan but even I am turned off by members of the Bey Hive alleging that Kim is trying to be like Beyonce who recently welcomed twins or keep up with her.

Actuall, the Keeping Up With the Kardashians star expressed interest in having another baby before Beyonce even announced her second pregnancy, but was told by her doctors to avoid carrying the baby herself given all her medical proble.

They need to give it a rest with the silly comparisons. Yeah, I said it! LOL!

Other stipulations in the contract focus on the surrogate’s wellness habits, US Weekly adds. Among the fairly standard expectant-mom guidelines are no drinking, smoking or drug use; no hot tubs or saunas; no raw fish; and no handling cat litter.

There is drama once again among the Kardashian/Jenner clan. This time, Rob Kardashian‘s sisters decided to plan a shower celebrating his impending fatherhood but did not invite the mother of his child Blac Chyna (real name Angela White).

But he made sure to let everyone know that he did it on purpose and not accident.

“I ain’t hacked either this is rob dog lol.” he later shared, explaining the reasoning in a subsequent tweet. “Didn’t invite the Mother of my child to a baby shower you all were trying to throw for me? You all must have lost your damn minds?”

Blac Chyna‘s friends had already been planning a shower for her but the second shower was a “DILF” theme one to celebrate Rob only. And when Rob couldn’t make it, Chyna offered to go instead, but the sisters were having none of that.

“Rob couldn’t attend, so Chyna was going to attend and Kim [Kardashian] said if Rob didn’t go, then Chyna couldn’t go. It sounds like that’s what caused the argument,” E! reported.This is not the first or last piece of drama to come out of this family. Chyna’s ex-fiance, Tyga,  left her for Rob’s then underaged sister Kylie. Thereafter, the family essentially stopped associating themselves with  Chyna who previously was really tight with Kim and even attended North’s first baby party with her son with Tyga, King, after the couple’s split.

The sisters (and their fans and many others) believed Chyna hooked up with Rob out of retaliation but later recanted, recognizing that Rob was happy and was getting healther after being with her.  The baby and engagement news blindsided them because it was announced on Twitter before the family even knew.

The union of Chyna and Rob really irritated the family as seen in episodes of Keeping Up with the Kardashians and the Chyna and Rob’s tumultuous relationship has been playing out before viewers eyes on their reality TV show Rob & Chyna on E!

These folks are ratings GOLD for this network for sure.

Keeping Up With the Kardashians star Kim Kardashian took to Instagram on Thursday to share adorable photos of her children  6-months old Saint and of herself with 3-year old North.

“On my snap chat,” the proud mama, 35, captioned the cute image of her baby boy dressed in all white as he munches on his fingers.

She also uploaded a photo form her app.

“Mermaid party pics on my app and KimKardashianWest.com,” the business mogul wrote about the fun photo of the two girls in mermaid outfits.

“You’re the sun in my morning babe,” she captioned the photo of Saint.

Kardashian recently talked about having her hands full with “energetic and wild” North and “sweet and calm” Saint.

“They look so much alike, but they have totally different personalities,” she said . “All North wants to do is put on a costume and sing and dance. She steals all my jewelry, she loves clothes and she’s obsessed with makeup. Saint sits and smiles all day long!”

Moms-to-be Kim Kardashian-West  and FabLife‘s Chrissy Teigen  went on a double date with their respective spouses Kanye West and John Legend a couple weekends ago. The two couples dined at Giorgio Baldi, US Weekly reports. restaurant in Santa Monica on November 21

See photos from the outing HERE!

The Wests are expecting their second child together, a son. They are parents to 2-year old North West.

Teigen and Legend are expecting their first. They announced the pregnancy shortly after the model shared challenges to get pregnant during their two year marriage.

This week, Kim Kardashian announced she and her husband Kanye West are expecting their second child. It was big news for less than a half a day when it was overshadowed by her step dad Bruce reveal in Vanity Fair magazine of his new transgender identity as Caitlyn Jenner.

Throughout all the amplified media attention over that news, Kardashian is dealing with severe morning sickness, USA Today reports . She appeared cool and collected rocking a black sheer and stud embellished Proenza Schouler dress with her hubby on the red carpet to Monday night’s CDFA Awards at the Alice Tully Hall at Lincoln Center on June 1, 2015 in New York City.

In fact, the road to pregnancy and all involved with the state of pregnancy has been rocky for Kardashian.  The reality TV star battled harsh criticism over her weight gain and choice of maternity wear for the last pregnancy, then by its end she developed preeclamsia-triggered extreme high blood pressure. She had to have an emergency pre-term c-section caused by complications from that condition, and another problem with her uterine lining.

Then, on her journey to expand her family, the Keeping Up With the Kardashians cast member stumbled upon complications and experienced infertility for eight months before becoming successful with the help of in vitro fertiliztion.  A source to PEOPLE  magazine reported that the business mogul had to repair the lining of her uterus which was the source of a lot of her complications to conceive.

One has to just chuckle about the amount of reporting on one woman’s reproductive organs. Phew!

The family, which includes almost 2-year old Nori West, will welcome the new addition this December.

And of course, as could be expected, the comments and tweets came flowing in joking that this baby will be named, South West.

Anyone who follows the Kardashian clan knows that third-time mom-to-be Kourtney Kardashian is the crunchy granola type.
So it should come as no surprise that she has said of her recent, practically nude, pics for DuJour.com that she is most confident nude and preggers.
“What appeals to me is celebrating the shape of my body being pregnant and capturing that time in my life,” she told E! Online. “It’s a wonderful thing to be able to show my children these photographs one day and say, ‘This was you inside.'”
The reality TV star of Keeping Up With the Kardashians and its numerous spinoff series added, “to me, nudity is not something to be ashamed of…I’m not embarrassed of my body. I’m at my best when I’m pregnant. It’s such an amazing feeling, the transformation that your body goes through. There’s something about that that’s so empowering and beautiful, and I just really embrace it.”
Credit: Brian Bowen Smith

Check out more pics in US Weekly!

In 2011, Mommyish’s did a post about so-called “DList” celebrities who got more famous after having a baby. Actually, it reminded me of a piece we did earlier, in January that year that writer and TV personality Teresa Strasser wrote for us, “Top Celebrity Baby Exploiters of 2010“.

In that piece, Strasser  exalted about how pregnancy can easily launch a reality TV cast member into the public spotlight and on the cover of the top gossip mags.

That was also the year for the 20th anniversary of Demi Moore’s iconic Vanity Fair cover which we’ve determined was also the start of the public’s infectious interest in celebrity pregnancies.
And it’s gone even more mainstream in recent years.
While watching back episodes of Keeping Up with the Kardashians (again late as usual), I noted Kim Kardashian stating that since she got pregnant, the paparazzi were even more ferocious and viral in search of pics.  So true, as we’ve blogged before here, Kim, Kate Middleton, Victoria Beckham, Snooki and Beyonce‘s respective pregnancies garnered the most stories written by traditional media and other outlets that do not usually cover celebrity parents and pregnancy.
In year’s past, we’d say such media organizations and writers may have even looked down on gossip blogs and mags that “bumpwatched.”
Not anymore. They’re right here in the pepper pot with the US Weekly, In Touch Weekly, OK!, People, PopSugar, E!Online, CelebLaundry, Perez Hilton  and BellyitchBlog‘s of the world!
Yes, the Celebrity Bumpwatch Phenomenon is alive and thriving.
Indeed!

Today, mom-to-be Kourtney Kardashian celebrates the 2nd birthday of her daughter Penelope Disick!  A few days ago, she shared a photo of herself on her Instagram account sunbathing with her baby girl while vacationing still in the Hamptons where she and the family have been staying for the summer while also filming their E! Reality TV show, Keeping up with the Kardashians.

Kardashian and her on-again-off-again beau Scott Disick confirmed last month that they are indeed expecting a third child. They are also parents to son, Mason.

The rumor mill says that Kourtney Kardashian and long time beau Scott Disick are expecting their third child together. A source tells US Weekly that the couple, who are parents to 4-year old son Mason and 23-months old daughter Penelope, planned the latest editions.
Kardashian apparently told her sister Kim Kardashian during an episode of the family’s hit E! TV show Keeping Up with the Kardashians that she didn’t believe in birth control any longer, and wants to have more children.
Congrats if the early reporting proves true. You  never know.