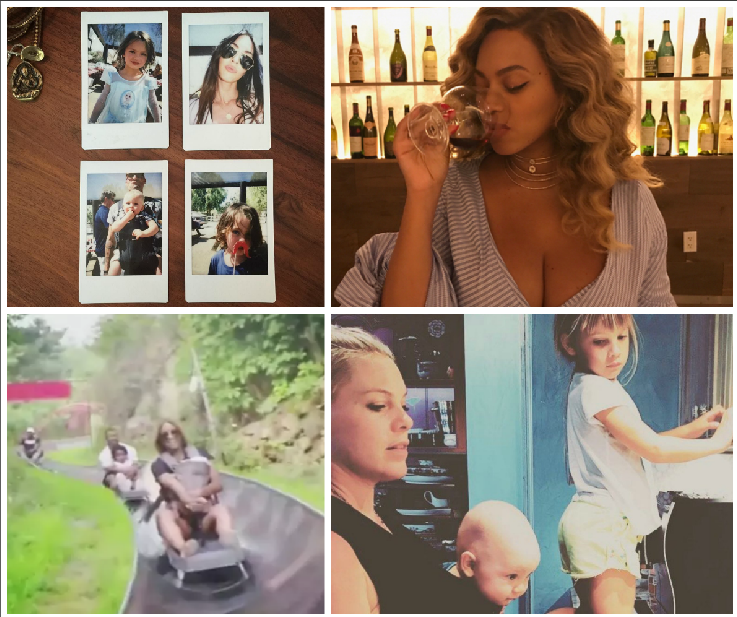 Brian Austin Green and Megan Fox trended this afternoon after Green posted a rare photo of Fox and their kids  on Instagram.

The Beverly Hills 90219 alum gushed about his beautiful family, and how his wife makes the cutest kids!”

Brian Austin Green, 43, is one proud papa! Sharing four Instagram photos of his and Megan Fox‘s, 30,

Boy was this a week that a bunch of celebrities welcomed new arrivals. In addition to Megan Fox and Holly Madison,  actor Terrence Howard welcomed his firth child, son Hero.

The Empire star and his ex wife,  Mira Pak are parents to 15-month old Quirin.  The couple divorced a month after Quirin was born in July.  Apparently, they reconciled after the formal separation. In the divorce papers, Pak said they had been separated since 2014.

We have no clue if they remarried.

The Hustle & Flow star shared a photo of the new arrival being cradled by his big brother.

Howard is also dad to Heaven, 18, Hunter, 20, and Aubrey, 22, from his first marriage. He also has two grandchildren.

Howard posted a photo of himself sleeping with Quirin when he was first born. He gave his followers some insight into the meaning of the name in the caption.

A mythical 1/2 dragon 1/2 lion who glides above the land so as not to harm even a blade of grass… meet Qirin Love! pic.twitter.com/dP8RejbO5g — Terrence D Howard (@terrencehoward) June 19, 2015

To squelch news of the divorce, he tweeted a photo of himself with Pak, with the caption, “Can’t believe everything you read in the papers.” He then followed it up with a sweet family photo.

My wonderful family day out!!! pic.twitter.com/EE2ptzTRds

Shortly after they announced they were divorcing last year, Fox revealed she was pregnant this April. They put the divorce on hold.

They are parents to sons Noah and Bohdi.

While promoting her upcoming film Teenage Mutant Ninja Turtles: Out of the Shadows, 3rd time mom-to-be Megan Fox said she still plans to celebrate Father’s Day with her husband Brian Austin Greene even though she filed divorce papers in August.

“I don’t think we’re gonna celebrate… He never gets to eat anything fun because my house is so clean and I make him eat really clean, too, so maybe I’ll get him a German chocolate cake or something,” Fox told Extra about her plans to spend the day with her sons Noah and Bodhi and their dad. “He’ll be so happy to see junk food.”

She also dished about her pregnancy which is going swimmingly, according to the Transformers star.

“I feel great…I love being pregnant.” she added “A lot of women don’t feel that way—[pregnancy] is really uncomfortable. It is painful at parts, but I feel the overall process is an amazing one. I feel so productive creating a human person that I’m so excited to meet because I know that I have such a spiritual connection to them. I can’t wait to meet this new member of my family.”

The boys are excited about baby too.

“They both know the baby [is on the way],” Fox added. “My youngest gets it, but he doesn’t care too much because he’s so young. My older one gets it and he’s really excited. He wants to take care of the baby, hold the baby, feed the baby—he’s practicing a lot.”

Congratulations to Megan Fox and Brian Austin Green on the birth of their second child, according to the website Too Fab.

The news surfaced this past August that the Transformers star and her 90210 alum husband were expecting their second child. In September 2013, we learned it would be another boy.

Green has an 11-year-old son named Kassius from a previous relationship with his  co-star Vanessa Marcil.

Mom-to-be Megan Fox is on the cover of this month’s Cosmopolitan Argentina.
Although Fox is close to delivering her second child with husband Brian Austin Green, she is possibly in her early stages when she shot the photos because there is no evidence of a bump.
In the article, (written in Spanish, of course), she talks about preferring casual clothes to glamorous and trendy wear, especially now that she is a mom.
Fox and Green married in 2010 and welcomed son Noah Shannon Green on September 2012.
The Transformers actress disclosed that the only thing she has planned for 2014 (besides promoting the Avon Instinct cologne, for which she is spokesperson and one other film) is having her baby!
Well then!  Good! Congrats mama!