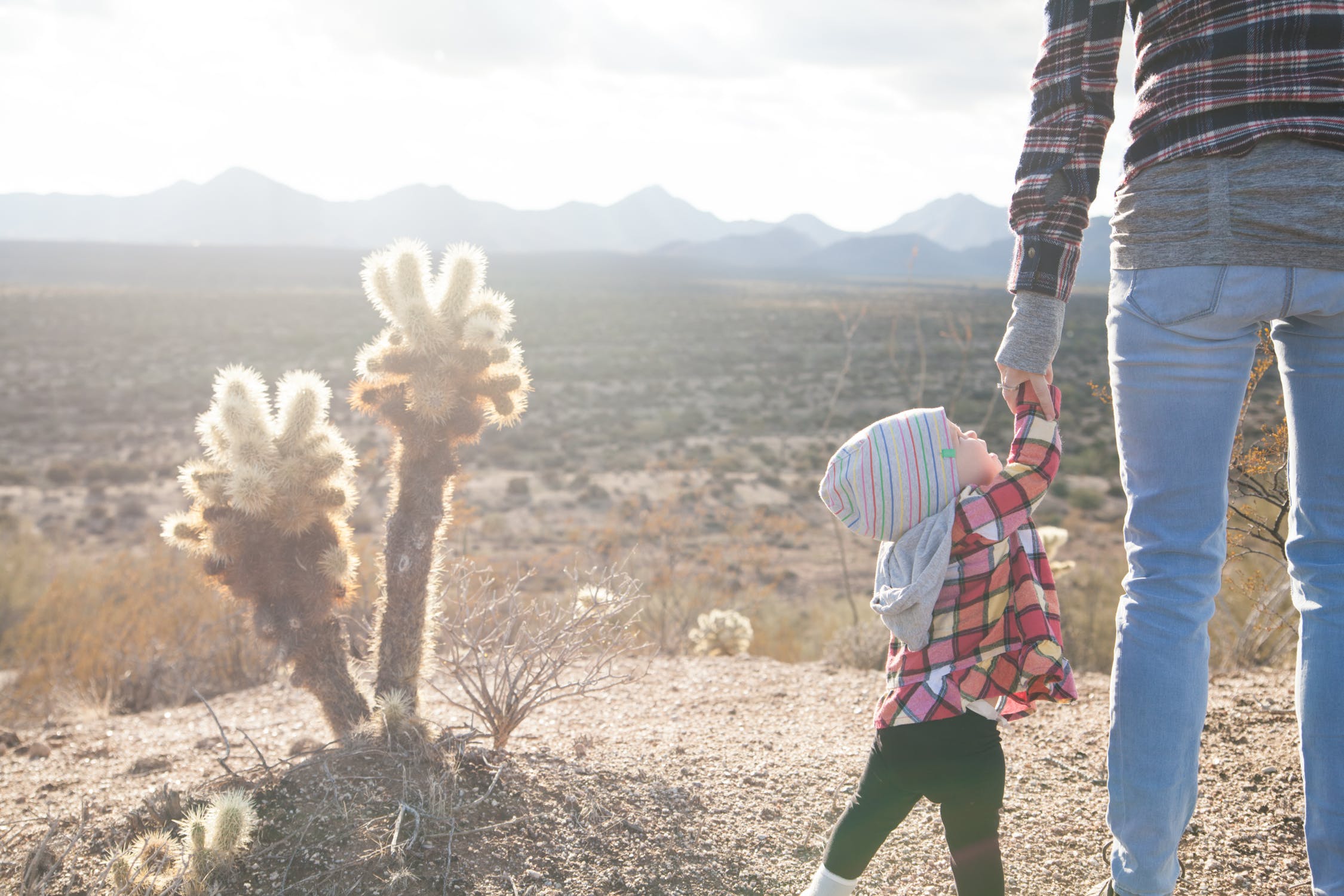 Being a parent is one of those things that you can spend your entire life waiting for and still not be ready for when the moment finally arrives. The truth is that there really is no way to be fully prepared for the highs and lows of parenting. You’re going to go through more joy and laughter, as well as more frustration and exhaustion than you’ve ever felt in your life. It’s lucky then that there is so much advice out there for new parents to get their hands on. Many parents who might otherwise have felt utterly lost are able to both feel less alone and get some useful information thanks to the sheer volume of blogs and websites online these days. However, there’s no way that these kinds of places can give you all of the information you need and a lot of the time some incredibly important stuff ends up getting neglected. With that in mind, here are just a few incredibly important truths about parenting that you probably won’t hear anyone telling you any time soon.

You’re going to need a break from time to time

When your little bundle of joy finally arrives, you’re going to take one look at them and think that you’ll never want to leave their side for as long as you live. Well, get ready to kiss that feeling goodbye a lot sooner than you think. The truth is that every parent needs a break from their kids from time to time. Babies and even older kids are a lot to deal with and trying to do that on top of a lack of sleep, and a chaotic routine can often be enough to drive anyone round the bend. There’s nothing wrong with one of you needing to just head out for the day or taking a long nap while the other looks after the kids. You can’t be in parent mode 24/7.

People aren’t judging you as much as you think

Any parent knows, all too well, the feeling of when their baby starts crying or acting up in a public place. Whether it’s a store, a restaurant, or on a bus, it can often feel as though every single person around you is furiously judging you. However, that’s not the case nearly as much as you might think. After all, most people understand that babies cry, that’s just what babies do. The vast majority of people will either be ignoring you entirely or will have nothing but sympathy for you. The truth is that you’re probably a lot more worried about the noise that your baby is making than anyone else around you.

You’re going to hate them a little bit sometimes

Your baby is going to be the light of your life. They’ll bring meaning to your existence and will provide you with more joy than you knew you were capable of. That being said, they’re also going to make you want to bury your head in the sand for hours at a time. There will be moments here and there where you will really hate your baby. That might sound incredibly harsh, but the truth is that babies are difficult. They’re loud, they’re unreasonable, and they can often cry for hours for seemingly no reason at all. It’s okay to have those feelings of pent-up frustration, just don’t let them get to you. The best thing to do is just to walk out of the room for a while, count to ten, cool down, and come back in. Everyone hates their kids a little bit sometimes, and that’s okay because in an instant you’ll be right back to loving them more than anything in the world.

It’s okay to ask for help

Far too many people end up feeling as though asking for help with their kids is somehow a sign of weakness. They assume that if they can’t deal with their kids completely on their own, then they’re doing something wrong. The truth is that reaching out to the people in your life for help is one of the bravest, most responsible things that you can possibly do. Whether it’s friends, your parents, or even a babysitter, needing a bit of help here and there is totally understandable. After all, babies really do not come with a manual.

No one really knows what they’re doing

Do you ever feel as though you have no idea what you’re doing when it comes to your baby? Welcome to the club! Being a parent is often a lot more guesswork than many people let on. Sure, there are things you can research, but just about everyone has those moments where they just don’t know what to do. Whether it’s knowing what kinds of foods to start a baby off with, when to stop swaddling, or whether or not a dummy is a good idea, most parents are winging it just as much as you. The key is to give yourself break and avoid falling into the trap of assuming that you have to get everything right all of the time no matter what happens. If you ever feel like you’re completely lost, just remember that there  are thousands of parents out there just like you.

The most important thing to remember about being a parent is that every child is different. Things that work perfectly for some parents could well end up being completely useless for you, and vice versa. The same goes for the parents themselves, of course. It’s important to figure out the kind of parent that you want to be and, as long as you’re doing right by your little ones, you don’t really have to worry about what other people have to say. Looking around for advice is all well and good, but the last thing you want to do is to have to spend all of your time in a panic because you don’t feel as though you’re doing things exactly right.

Some moms can’t take it to leave the baby behind at
home so they stay as active and full-time nursing mothers. On the opposite end,
other moms desire to enter back into the workplace to have a sense of
fulfillment in advancing their career. If you’re the second type, let this
article guide you on how to transition from motherhood to a career woman.
1. Find a
Lactating Room
Moms who have just given birth would have to
breastfeed the newborns. Breastfeeding milk should be pumped out and the milk
should be stored in a refrigerator to keep it fresh for the baby. In the case
of a working place, you should be able to ask workmates if there is a lactating
room where you would not be put in a vulnerable position. Feel comfortable in
pumping without being bothered by others in the office. If the workplace does
not have one available, the only option is to breastfeed the baby at night or
during weekends.
2. Keep
Hydrated
Now that you’re not pregnant, expect that your
appetite will change. It’s still best to have high-protein snacks and drink
water regularly. Being hydrated will make you stay healthy for your baby. Also,
eating enough will keep your blood sugar normal and in check. Being an
unhealthy mom will produce negative effects on the breastfeeding milk. Hence, make
sure that you acquire the right nutrition you and your baby need.
3. Get
Employed with a Family-friendly Company
Consider that not all companies and not all
positions are family-friendly. A family-friendly company is one that will allow
you to have rest time for yourself, work at home as necessary and accrue
credits for leaves as you might have to go to the hospital and see your baby’s
doctor for vaccinations and checkups. Look for a company that allows
flexibility and encourages work and life balance. You may ask the employees you
know to get a glimpse of the company culture so you would not be shocked about
the company philosophy once you become an official worker. Also, it will be
helpful to learn about the benefits given by the company to working mothers.
4. Practice
Time Management
There is no doubt that half or more of your time in
one day will be devoted to your job in the office. With proper time management,
you can still accomplish chores at home and take care of your baby. Lay out
every task that you need to achieve the day or the week before so you would be
able to plan ahead which ones should be prioritized. A
mom is not superhuman after all.
5. Think
About Yourself
First-time
moms especially think more about their babies than
themselves. It is important to see that the baby is doing well, but it is also
critical to think and care about your own well-being. If you feel much stressed
at work and at home, take the time out and relax in spa centers or in any
sanctuary. Have a warm bath before going to bed at night and exercise regularly.
The last thing you want to happen is to lie down on a hospital
bed after passing out because of stress.
Conclusion
Mothers do not necessarily have to be perfect all
the time. It is enough to be sufficient as a concerned mother for the baby at
home and an efficient employee in the workplace. If you feel that the company
is putting much pressure on you, it is time to leave and look for another one
which can suit your needs.
Author Bio:
Ianna Reign Stevenson is a professional writer
based in Brisbane, Australia. She is a wedding planner, event coordinator and a
mother of a 3 year old toddler. Connect with her on Twitter.