She won an award for her work on the reigning hip hop queen Cardi B‘s song “Ring” which she is featured.

Speaking of Cardi, she got to add ASCAP Songwriter of the Year to her long list of history making awards because she is the first female rapper to receive that acknowledgment.

“I just want to say I’m very grateful,’ Cardi B began after accepting the award from ASCAP CEO Elizabeth Matthews. “Sometimes I feel like I’m not doing too much because when it comes to female rappers, it’s like you’re never doing too much or they’re always pitting you against another female rapper. People on my team are like ‘Cardi, you’re crazy. You won a Grammy. Cardi, all your songs are charting.’

During a brief red carpet interview with Variety magazine, the songwriter-turned-singer talked about how she found out Cardi B was expecting before the “Bodak Yellow” singer had announced the news to the world and how it motivated the then-future mom.

She said: “I started as a writer, then ventured into being an artist,” she said. “It’s really important what [ASCAP] does for people, honoring them in a way they don’t normally get honored. A lot of the behind-the-scenes people get their money and they’re cool with it, but then they’re like, ‘Dang, it’d be nice sometimes to get some love really for the art of what I do.’”She also recalled a fun memory of the “Ring” video shoot. “I kind of had the idea that she [Cardi] was pregnant — but not knowing,” she remembered with a laugh. “Then seeing this cute little tiny baby bump peeking through, and taking a little woman note in my head like, ‘Congratulations, girl!’” 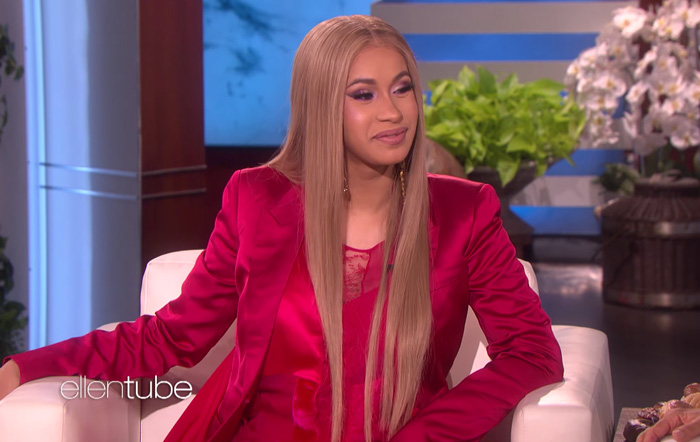