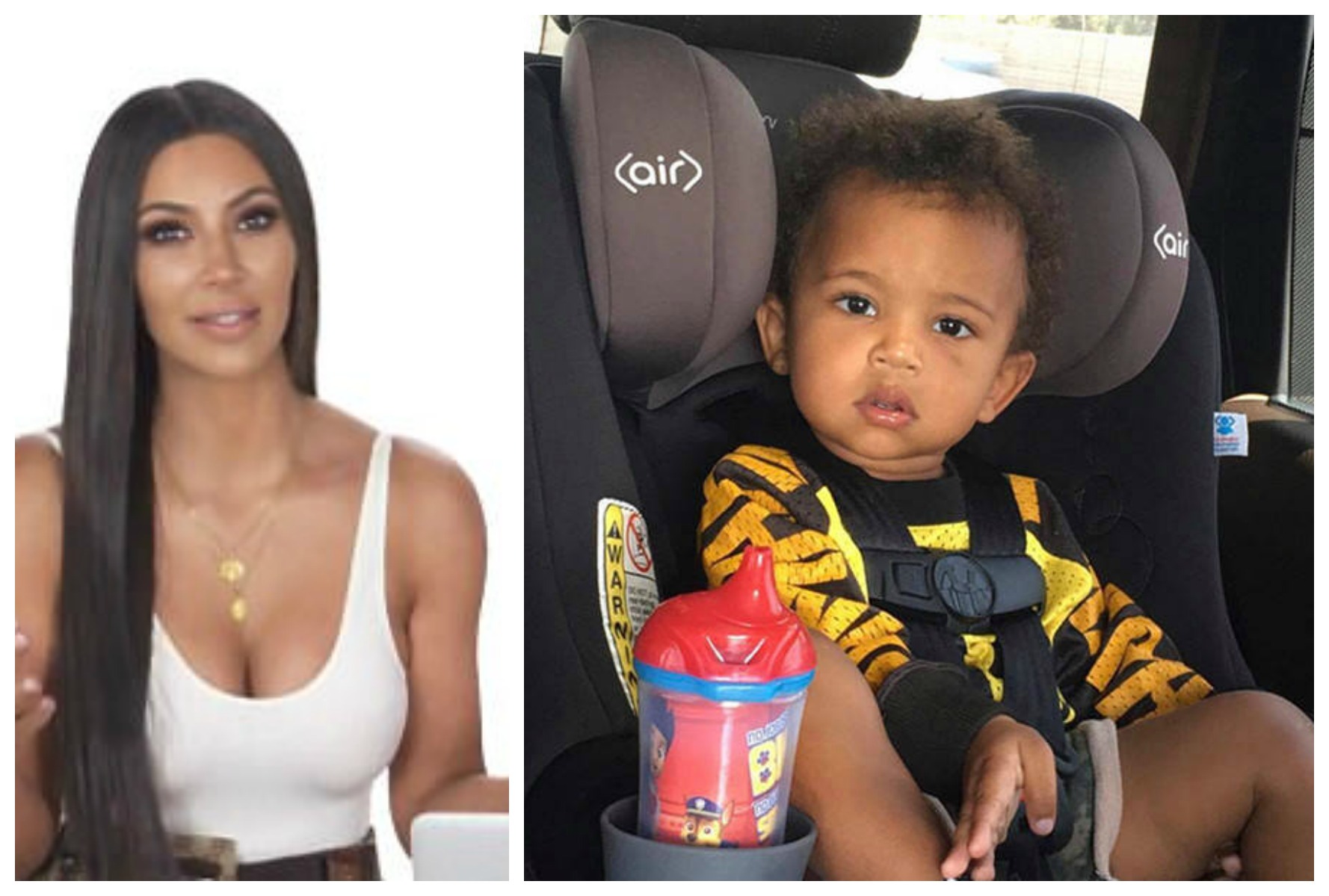 Kanye West celebrated his 40th birthday on Thursday, June 8 in Asia during a family getaway which his wife, our Bellyitch Bumpwatch alum, Kim Kardashian West, captured on Snapchat. In the quick videos, the couple can be seen among minimalist Japanese decor and quite happy too.

The rapper and business mogul gets a bum rap over his controversial comments, stances and decisions. But overall, I think he is a misunderstood genius who is dealing with his own personal demons but unlike most of us, he has to battle them in public.

Being married the the most photographed reality TV mega star doesn’t help but he is fortunate to have the means to escape it all and travel the world to a serene place like Japan.

With Father’s Day around the corner, I like to spend some time recognizing good dads out there so here is a dedication infographic I created as a long time fan of the man.

Kim Kardashian-West has been on a self-imposed social media ban since being bound, gagged and robbed in Paris back in October.  But she sort of came out of it via others this week.

Her husband Kanye West posted a family Christmas photo with them all dressed in black, taken at the Kardashian annual Christmas Party. It was a stark difference from the annual elaborate grande full family photo they used to take every year. Just the nuclear family: mom , dad, daughter North in an Alexander Wang custom dress  and Vans and son Saint wearing little Yeezys sneakers.

This glimpse of the family come after a very tumultuous months.  In addition to Kim being robbed at gunpoint, Kanye canceled his world tour mid concert after suffering a breakdown and being admitted into the hospital for a psych eval, which was diagnosed as a case of exhaustion.

Kim also is not shunning away from social media addicted friends like Paris Hilton who she knows will post a photo of the two of them together as she did here:

And she was featured in Khloe’s snap that night as well.

She also appeared in a photo at the holiday party of longtime family friend Shelli Azoff at The Forum in Inglewood, California this month.

The world got more glimpses of Saint West this weekend when his mom Kim Kardashian shared snaps of the family at the opening of Saint’s grandma Mary Jo‘s new children’s clothing store Shannon & Co in La Jolla, California on Tuesday, July 26.

He is a cutie pie.

Kim also recently revealed that Saint is a daddy’s boy.

She later disclosed that their daughter North is a total mama’s girl so they “each have one.” Sweet. [editor’s note: babies babble and da da is easier to say and that is why it is usually a baby’s first word. To form an “m” is hard for babies.]

After the store opening the family headed to dinner at The Marine Room to celebrate MJ Campbell’s birthday.

Keeping Up With the Kardashians star Kim Kardashian took to Instagram on Thursday to share adorable photos of her children  6-months old Saint and of herself with 3-year old North.

“On my snap chat,” the proud mama, 35, captioned the cute image of her baby boy dressed in all white as he munches on his fingers.

She also uploaded a photo form her app.

“Mermaid party pics on my app and KimKardashianWest.com,” the business mogul wrote about the fun photo of the two girls in mermaid outfits.

“You’re the sun in my morning babe,” she captioned the photo of Saint.

Kardashian recently talked about having her hands full with “energetic and wild” North and “sweet and calm” Saint.

“They look so much alike, but they have totally different personalities,” she said . “All North wants to do is put on a costume and sing and dance. She steals all my jewelry, she loves clothes and she’s obsessed with makeup. Saint sits and smiles all day long!”

Here is something for all the people hatin’ on Kim Kardashian –West and Kanye West’s son’s name, Saint. It isn’t unheard of or new even.

According to U.S. Social Security Administration statistics, in 2014, there were 32 baby boys born with the name “Saint”. Now that is out of 2 million babies born last year, making it rank 3, 413, but still.

And of all the states, Texas is way ahead of the curve because most of the children born last year named Saint were born in that state. Go Texas!

Popularity of the Name Saint | MooseRoots

And there are and have been a few celebrities in history named Saint over time, as well.

We will be interested to see if there is an uptick in the name after this year! After all, Kim and Ye are trendsetters, whether you like them or not.