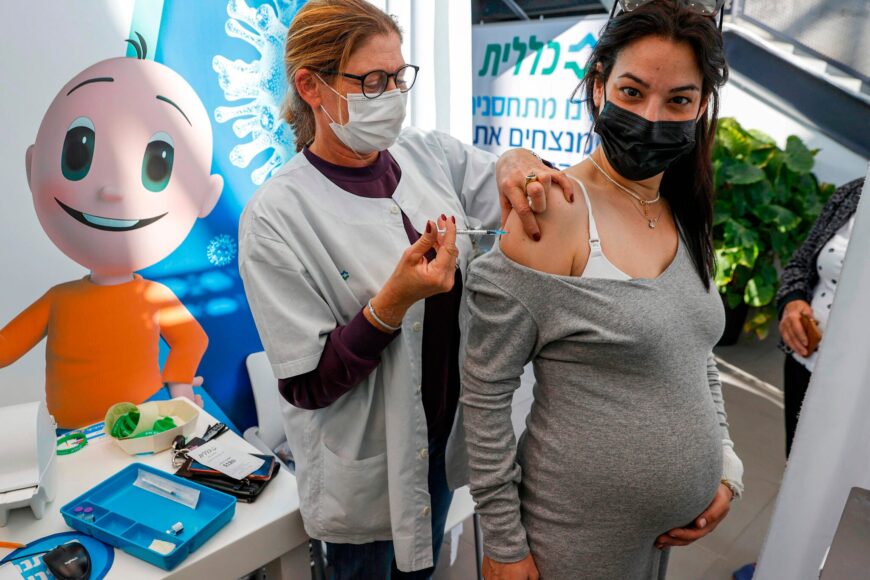 The World Health Organization on Friday changed its guidance for pregnant women considering a Covid-19 vaccine, abandoning opposition to immunization for most expectant mothers unless they were at high risk.

The change followed an outcry to the W.H.O.’s previous stance, which stated that the organization did “not recommend the vaccination of pregnant women” with the vaccines made by Pfizer-BioNTech and Moderna.

Several experts had expressed disappointment on Thursday with the W.H.O.’s earlier position. The experts noted that it was inconsistent with guidance on the same issue from the U.S. Centers for Disease Control and Prevention, and would confuse pregnant women looking for clear advice.

The vaccines made by Pfizer-BioNTech and Moderna, while they have not been tested in pregnant women, have not shown any harmful effects in animal studies. And the technology used in the vaccines is generally known to be safe, experts said.

More American infants are being born with their intestines outside of their bodies, and the disturbing trend might be linked to the opioid crisis, health officials reported Thursday.

The condition, called gastroschisis, is caused by a hole beside the belly button. The hole can be small or large, and sometimes other organs such as the stomach and liver can also be outside of the baby’s body, according to the U.S. Centers for Disease Control and Prevention scientists.

“The cases of gastroschisis continue to increase, and we did see higher rates of cases in counties that had higher rates of opioid prescriptions,” said lead researcher Jennita Reefhuis. She is chief of the Birth Defects Branch at CDC’s National Center on Birth Defects and Developmental Disabilities.

“However, we do not know if these two things are directly related,” Reefhuis stressed. “We plan to use this information to guide future research into the effects of opioids used during pregnancy.”

Babies born with gastroschisis need an operation to correct the condition. They also may need other treatments, including nutrients given through an IV, antibiotics to prevent infection and careful monitoring of their body temperature.

Each year, about 1,800 babies in the United States are born with gastroschisis, according to the CDC.

Pregnant women infected with the Zika virus are 20 times more likely to have a baby born with certain birth defects as mothers who gave birth before the Zika epidemic began, U.S. health officials reported Thursday.

Even worse, “when you look just at brain abnormalities and microcephaly, what we are seeing is more than 30 times higher than the prevalence before Zika was introduced to the Americas,” said Margaret Honein. She is chief of the birth defects branch at the U.S. Centers for Disease Control and Prevention.

With microcephaly, babies are born with a smaller-than-normal head and an underdeveloped brain. Since the mosquito-borne virus first began to spread through South America in April 2015, thousands of babies have been born with Zika-linked microcephaly. The large majority have been born in Brazil, but the consequences of Zika infection during pregnancy are now being seen in the United States.