A 9-year old Chicago girl helped deliver her own baby sister last week when her mom went into labor at home.
Rather than panicking when her mom Monique Meza went into rapid and active labor last week, Alyssa Meza used knowledge she acquired watching medical shows on TV to help her mom  give birth to her sister, and even unwrapped the umbilical cord from the baby’s neck after delivery.
“She said she felt the baby coming out, and I told her to push the baby out and I’ll catch the baby,” Alyssa told ABC Chicago.  “She got scared. I (caught) the baby, grabbed the towel and wrapped her around.”
Alyssa realized the baby was discolored and sprung into action again.

“The umbilical cord was actually around the baby. It was like two around. So I had to unwrap it a little and I ran next door to grab my neighbor because the baby was a little purple,” she added.
A neighbor called emergency services which transported mom and baby to the hospital. Mom and baby are doing fine after being monitored and released before New Year’s Day.
Brave and very smart girl as not too many kids would be able to take charge like that and save their sibling’s life.
“I expected it from her, but as much maturity that she has shown me, at her age, very mature,” mom Monique Meza told ABC Chicago.
Check out the full video to the story: 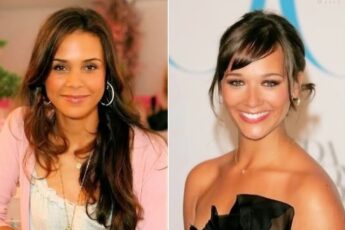