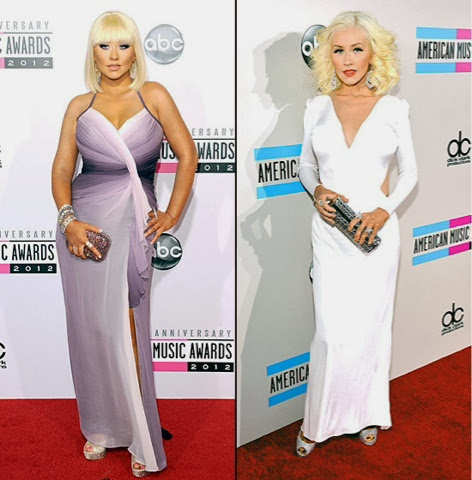 After shedding lots of weight recently, pop singer and original mom who we  BumpWatch our inaugural year 2007 is reportedly expecting her second child.
PEOPLE confirmed the news recently.
Kathleen Rutler, mom to her fiancée Matt Rutler who Aguilera had been dating for years, had preciously leaked the news inadvertently in a recent interview:
Kathleen Rutler hinted of a future grandbaby with In Touch. “[I’ve] been sort of told not to say anything,” she said.
In terms of a move to the East coast, Rutler said “I don’t know what their plans are. But when you have a baby, you’re not planning on moving anywhere anytime soon!”
The Voice coach and her ex-husband Jordan Bratman are parents to 6-year-old son Max.
When Bellyitch launched in 2007, Aguilera was among our inaugural list of celebrity ladies we “Bumpwatched.” We’ve come full circle and Aguilera makes the 2nd of our initial list of bumpwatch mamas to have another baby! Yay!
Congrats!
By Jeneba Jalloh Ghatt
That newest hilarious kid meme & 9 more to add to the collection
Sweden’s Princess Madeleine gives birth to daughter in New York City